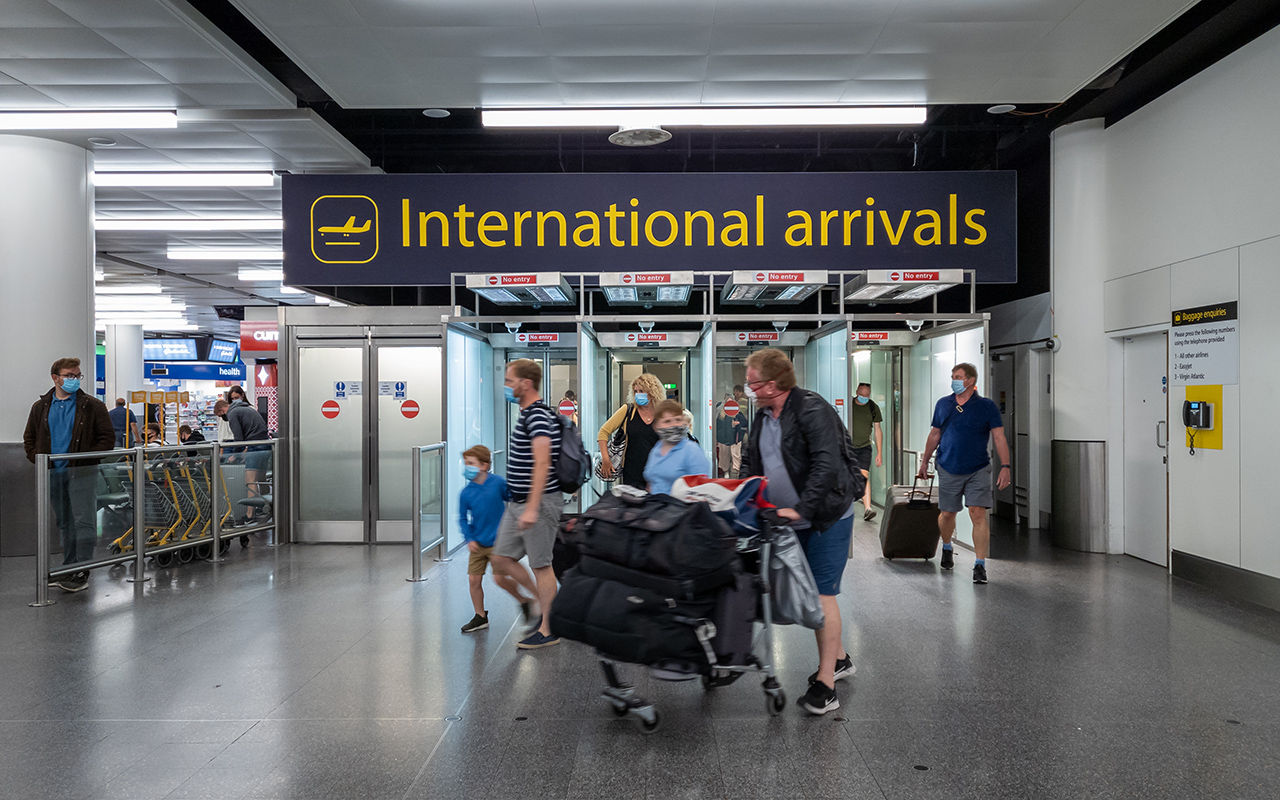 GOVERNMENTS should focus less on vaccine targets and more on an ongoing COVID-19 pandemic response “beyond the achieving of those targets”, say experts.

New modelling that shows opening the international borders while there are still highly transmissible cases of the SARS-CoV-2 Delta variant circulating in the community or internationally would lead to “a major surge in infections and hospitalisations” that will require increased public health measures.

The modelling study, led by Dr Mark Hanly from the Centre for Big Data Research in Health at the UNSW Sydney, examined eight scenarios applying various assumptions regarding transmissibility (R0 = 3.5 or 7.0), vaccine rollout speed (slow or fast), and scale of border reopening (mean of 2500 or 13 000 overseas arrivals per day).

“For scenarios in which R0 = 3.5 (ie, similar to that of the SARS-CoV-2 Alpha variant), opening the international border was followed by an increase in local transmission if local restrictions on social contact were limited to mask wearing, social distancing, and similar measures, but the number of people hospitalised with severe COVID-19 was very low,” wrote Hanly and colleagues in the MJA.

“With greater virus transmissibility (R0 = 7.0), any opening of the international border combined with limited local social contact restrictions was followed by a major surge in infections and hospitalisations.”

Professor Guy Marks, a respiratory and public health physician with UNSW Sydney, and a member of OzSAGE, an independent group of experts, told InSight+ that the new modelling indicated a need to “be very cautious” about opening up.

“This modelling indicates that you can have some opening up, including the borders, but that there will be an increase in case numbers when controls are released.”

Hanly and colleagues wrote that although population vaccination was crucial for reducing COVID-19 case numbers, their modelling indicated that, if the Australian international border was re-opened while highly transmissible SARS-CoV-2 variants were circulating overseas or locally, large and disruptive outbreaks would still be possible after 80% of people aged 16 years or more had received two vaccine doses.

“Political and health system policymakers should not focus exclusively on defining vaccination thresholds at which particular restrictions might be removed,” they wrote.

“Instead, they should recognise that mass vaccination is unlikely to achieve complete protection against COVID-19, and that health system capacity will still be at risk in the most realistic vaccination coverage scenarios if local chains of transmission are active or the international border is opened while local restrictions on social contact are minimal.

“The planned re-opening of Australian borders to international travellers increases the risk of introducing new chains of infection and new variants of SARS-CoV-2.

“Political and health system decision makers should therefore plan an ongoing pandemic response beyond the achievement of population vaccination targets.”

“We need to make sure nobody is left behind – we must make sure vulnerable groups have access to vaccines,” he told InSight+.

Professor Marks said he wanted to see more messaging about effective mask use – “we need to be using the best masks we can, and we need to be wearing them appropriately”.

Additionally, he said government focus needed to be on ventilation and air filtration in crowded indoor spaces – “schools, shopping centres, and crowded offices”.

Podcast: Dr Melanie Keep, is an early career researcher interested in the role of communication between patients and health practitioners for better outcomes. She discusses the absence of miscarriage in the health and medical discourse and the implications for care received by bereaved parents … FREE ACCESS permanently.

One thought on “Border reopening could lead to “major surge”: modelling”