One doctor’s journey to welcome her gender home 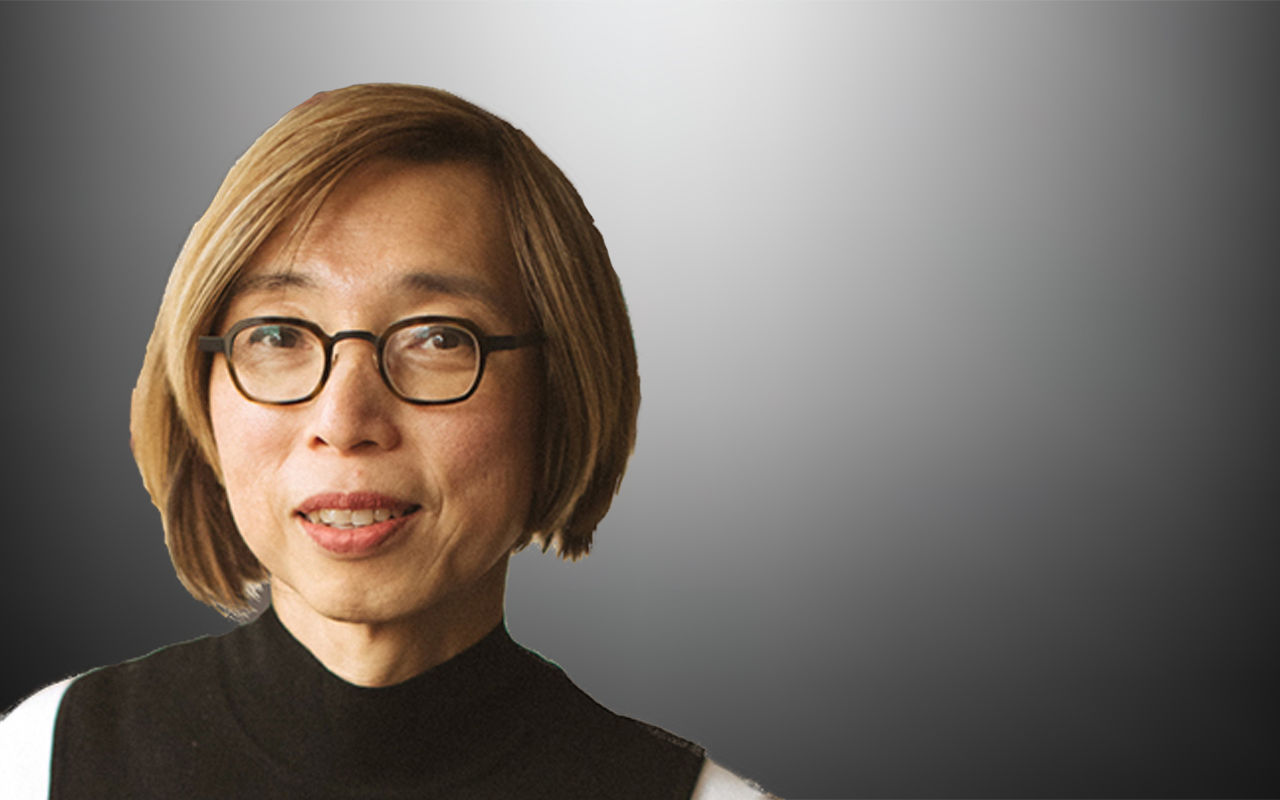 Patients mentioned in this article have given their consent, and/or have had their names and some details changed to protect their identities.

IN September 2017, I went on a holiday to Singapore. A gay friend of mine from Malaysia joined me and that evening, we went out to the gay clubs along Neil Road in Singapore.

I wasn’t aware that it was the Hungry Ghost Festival and we passed roadside offerings on our way. For people who aren’t familiar with Chinese culture, hungry ghosts were the ghosts of people who had not been given a proper burial or who were not honoured by their descendants. Honouring meant having an ancestral tablet at an altar and being given regular offerings and having their graves cleaned at least once a year. Was this a way of frightening people to get them to adhere to social norms and to make sure they had descendants to pray for them?

That night, I dreamt of being chased by a ghost again. I often had dreams of being chased by a ghost when I was a teenager. In those dreams, the ghost never quite caught me but was always very close. When I was older and looked back at those dreams, I realised that it was my sexuality that I was running away from. That was the ghost. Those dreams stopped when I started to express my sexuality.

I wondered what this latest dream signified. Having lived through years of trying unsuccessfully to suppress my sexuality, I knew that I had to work through what seemed to be repressed within me and to accept what the changes that meant, despite the possible disruptions that could cause in my life. I realised that I had to welcome my gender home and that is how it all started.

Sky first came to see me in 2015. She was overweight and had an eating disorder which was not well managed. She told me that her psychologist had recommended that she see me to discuss the process of gender affirmation. Several years earlier, she had tried to discuss her gender with her widowed mother, but her mother reacted so badly that she told her mother that she had made a mistake and buried her gender dysphoria again. She started hormonal treatment and gradually started taking better care of herself physically. She started living as a woman some of the time and told her mother of the process she was now going through, which led her mother to sever their relationship. Sky eventually had gender affirmation surgery and lives happily as a polyamorous pansexual woman.

A lot of my patients say that they knew they were in the wrong body when they were very young. I was also one of those precocious ones. I knew that I was a girl when I was about 3–4 years old. I definitely knew that I was not one of the boys – I didn’t like rough physical games and from a very young age, the boys all treated me as if I was different to them. I can remember when I was 7 years old and in Year 1 at primary school being told to walk like a boy. I was bewildered because I didn’t know that I wasn’t walking like a boy and I didn’t know how I was supposed to change my walk.

Of course, being different meant that I was exposed to some bullying, but I think the bullying I endured at school in Malaysia seemed relatively mild compared to what I’ve seen and heard of in schools in England and Australia.

Fabien came to see when he was 14 years and 4 months old. He had already started his social transition at school which had all gone well. His mother said that he had always been ‘non-girly’, so it all made sense when he identified as transgender. He had an assessment by a clinical psychologist who recommended treatment for the purpose of gender affirmation. Fabien had already gone through puberty, so he was started on masculinising hormones. He is just over 16 years old and recently had a bilateral mastectomy after supportive reports from two experienced mental health professionals in the area. When I saw Fabien with his father recently, his father told me he was very pleased at how much happier Fabien was since his gender transition.

So many of my patients seem very sure of what they want and want me to help them change to their preferred gender as soon as possible. When I went through my transition, I had to work very hard to work out the differences between “gender identity” and “gender role” and how they intersect for me to understand what it was I really wanted and needed.

One of my patients had talked to me about the impostor syndrome and for a long time after I started my transition, I felt that way: that my female appearance was a performance I put on every day. I frequently asked myself if I was just fooling society and myself.

Most human beings are highly social animals, and we absorb cues from the people we interact with that tell us all sorts of things about how people see us. These cues then can either work to reinforce or damage our self-identity. Even though I identified as a female from a very young age, I have little doubt that my slight build and effeminate manner meant that people would never have seen me as a convincing male and that would have made it even more difficult trying to display the gender roles of a man.

I was told that another GP, after I transitioned, said of me that I was too expressive as a man but now I am an elegant and beautiful woman.

Alex came to see me once with his father when he was 16. He wanted to transition to a male gender. His father told me that he did not approve of Alex having a gender transition, so it was quite a fraught conversation. At that time, I advised Alex that he could consent to treatment if he really wanted to if we could get a couple of mental health professionals to agree on his Gillick competence and his gender dysphoria and recommended treatment. I also discussed the potential effect on his relationship with his family and suggested the use of progesterone as a first step to stop his periods. Alex decided to go away to think about things and I haven’t seen him since. Since the Re Imogen judgment by the Family Court in September 2020, a case like Alex would have to go to the Family Court to establish Gillick competence. As Alex would have very few financial resources of his own, going to the Family Court in defiance of his parents would not be practically possible.

I had gender affirmation surgery on 6 September 2019 in Canberra. As a doctor and having done a lot of work with the transgender community, I knew a bit about the risks and complications. I also did a little perfunctory research and was reassured by some (not very robust) research reporting that 85% of transgender women were happy with their sex lives after surgery.

My surgery initially went well. I was discharged from hospital after a week. Unfortunately, I was back after 3 days with septicaemia, probably from the chronic prostatitis I had many years earlier, and had another week of intravenous antibiotics. I had a lot of periurethral swelling which my surgeon was worried indicated a urethral leak. What with that and the septicaemia, I had to endure another week of an in-dwelling urethral catheter. I have some scarring around my urethra but fortunately, it functions well and I don’t have a vaginal stenosis so I have quite a good outcome. Like a lot of transgender women, I also had suboptimal breast growth after 3 years of hormonal treatment so I had breast implant surgery in October 2020.

Andrea is now 75 years old. She has been HIV-positive since the 1990s. She is on [highly active antiretroviral therapy] and her HIV [infection] is well controlled. She is married, with a wife who is quite disabled from congestive cardiac failure. She has an arrangement with her wife where she goes away for sexual encounters every month or so. She seems to have an adventurous sex life that has led to a couple of colonic perforations and a trip to the emergency department once to have a foreign body removed from her urethra. Three years ago, she expressed a desire to explore her gender and after giving informed consent, was started on hormonal treatment. She now always comes to the surgery dressed as a woman but is uncertain about how much further she can go as her wife and sons are reluctant for her to take things further.

I started my gender journey more than 3 years ago now. I do feel that being a woman is right for me. I know that I am more content with myself and many people have told me that I look happier since my transition. I still go through periods of being self-critical.

Like most women, I am susceptible to the messages that our media carry and I am aware of all the ways I don’t measure up to the model women I see in the media. But again, like most women, age and experience and the love of those I have with me are helping me to learn to live with the body I have.

Dr Clara Tuck Meng Soo is a GP in Canberra. She has worked closely with the gay, lesbian and transgender communities, patients with drug dependencies, refugees and recent migrants, patients from culturally and linguistically diverse backgrounds, and patients living with HIV/AIDS. She was awarded a Medal of the Order of Australia as part of the 2016 Queen’s Birthday Honours for her service as a medical practitioner to the community of the Australian Capital Territory. She returned that award in 2021 as a protest against the upgrade of Mrs Margaret Court to a Companion of the Order of Australia.