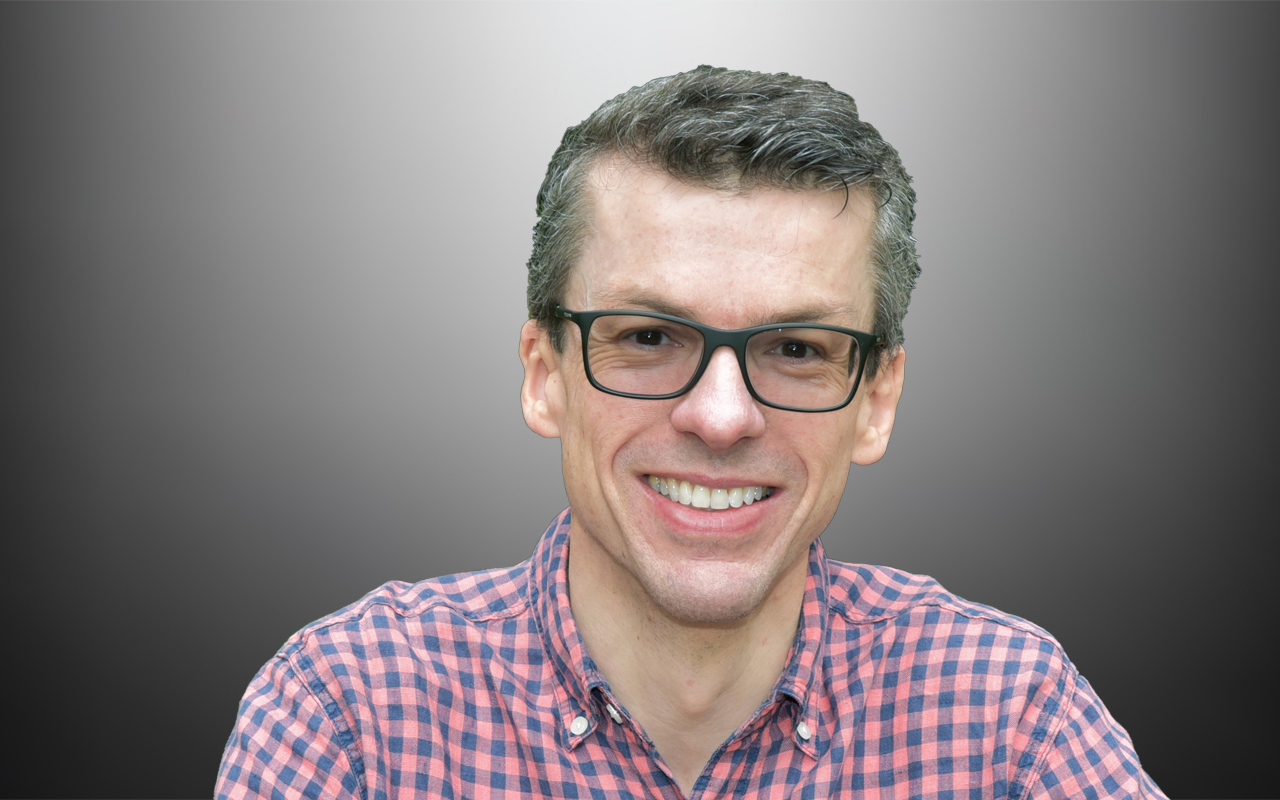 THERE is an acknowledged disparity in the health and wellbeing of residents of Australia’s rural areas and metropolitan centres. One often overlooked aspect of health inequity is infectious disease transmission and prevention. This is especially true with respect to mosquito-borne diseases that affect thousands of Australians each year.

Incremental expansion of the global distribution of the yellow fever mosquito Aedes aegypti is hugely important from a public health perspective. This species is the principal worldwide vector of arthropod-borne (arbo) viruses, including yellow fever (for which it is named), dengue, Chikungunya and Zika, infection with any of which can lead to significant morbidity and have a potentially fatal outcome. Ae. aegypti is established in the tropical north of Australia from where its range is expanding slowly due mainly to human mobility and global warming, now at latitudes as far south as the Tropic of Capricorn.

The Asian tiger mosquito, Ae. albopictus, can carry the same arboviruses. While secondary to Ae. aegypti as a major vector in endemic settings, it is important in areas of emergence or re- emergence. Thus, Ae. albopictus transmits notifiable arboviral infections at scales that are challenging to public health. Due to the widespread geographical distribution of their shared vectors, co-circulation of arboviruses is a common occurrence in large parts of the tropics and subtropics. This is reason in itself to take these two highly invasive mosquito species seriously, in order to restrict, or even prevent, the regional transmission of several tropical fevers.

Ae. albopictus has not yet reached mainland Australia, but it is endemic across the Torres Strait from Queensland, a narrow gap of 150 km. It is predicted to cross via sea routes, rather than by international air travel usually linked to incursions of dengue-infected Ae. aegypti. Of concern, Ae. albopictus can tolerate cooler climates than Ae. aegypti. Such is its ability to withstand cold, its eggs and larvae might survive the winter in the southern states, thus enabling year-round transmission.

Dengue is the number one mosquito-borne viral disease worldwide, approaching 400 million confirmed cases per year. While three-quarters of infections are subclinical, clinical manifestations may be either: mild self-limiting illness, dengue with a wide range of warning signs, including abdominal pain, persistent vomiting, fluid accumulation, mucosal bleeding, lethargy and increasing haematocrit with decreasing platelets; or severe dengue, with severe plasma leakage, severe bleeding, or organ failure. The most serious of these symptoms – haemorrhagic fever, circulatory failure, and shock – are triggered by secondary infection with a different virus serotype (of four existing) to the one responsible for primary infection. This is caused by an immunopathological condition called antibody-dependent enhancement of infection. Best estimates of annual global disease burden suggest that dengue is responsible for in excess of 20 000 deaths, and around 1.2 million disability-adjusted life years. No regulatory authority-approved prophylactic vaccine or specific therapeutic drug is presently available.

First reported in Australia in 1873, dengue is not endemic, but confirmed clinical cases occur regularly in north Queensland and occasionally in central Queensland, an incidence map that matches the distribution of Ae. aegypti. A dengue outbreak in this region typically starts when someone is infected overseas and arrives with the virus in their blood. A local Ae. aegypti mosquito bites this person, becomes infected with the virus and then passes it to one or more other people by taking a blood meal while infectious. For an imported case to gain a foothold within a community through local transmission the dual requirements need to be met of a viable vector and a susceptible (immunologically naïve) human population, each at a sufficient density. This requires closely overlapping distributions of mosquitoes and humans, given the spatial range of Ae. aegypti of rarely beyond 60 m.

Hotspots for community transmission are often close to airports such as Cairns and Townsville, while there was an outbreak in Rockhampton in 2019. This was featured in a recent MJA article and accompanying InSight+ View. This highlights the present and real danger of a southerly encroachment of dengue transmission into central Queensland from its traditional stronghold in the tropical north.

Ae. aegypti is also a competent vector, although not yet established in the field, of Australian arboviruses. These include Ross River virus, which is Australia’s most commonly diagnosed cause of arboviral infection, with as many as 10 000 cases notified each year. Joint pain (arthralgia, polyarthritis) is the most frequent presenting symptom and is typically associated with rash, fever and lethargy. No treatment alters the course of illness, although patients may benefit from simple analgesics or non-steroidal anti-inflammatory drugs. Chronic symptoms usually resolve within 6 months, but in a minority of people full recovery from post-viral fatigue may take well over a year.

More than 75 arboviruses have been identified that are unique to Australia. Some are recognised to cause chronically debilitating human disease – including Ross River virus, Barmah Forest virus, and the potentially life-threatening Murray Valley encephalitis virus – each of which may be detected by both antibody-based recognition and molecular typing. For most of the remaining panoply of so-called neglected or orphan Australian arboviruses, routine tests are not available to diagnose infection. Furthermore, there is limited or, in most cases, no information on the extent of their human pathogenicity. Hence, an infection may typically manifest as an undifferentiated fever (one with no obvious cause and presenting non-specific symptoms).

Well over half of undifferentiated febrile illnesses in Australia still go undiagnosed, in many instances because the causative agent is novel, not recorded to cause human disease or standard diagnostics do not exist. In such cases, an association could be assumed but not proved between arboviruses and febrile illness. This provides a possible explanation for locally acquired cases of often undiagnosed, potentially debilitating viral infections, with influenza-like symptoms, that occur sporadically in rural and remote areas of the Northern Territory and tropical northern Queensland.

Several viruses unique to Australia are already found in locations as far south as Victoria, transmitted by one or more of our endemic species of mosquito that survive in more temperate latitudes. Ae. camptorhynchus and Ae. vigilax are associated with estuarine wetlands, with populations rising after rainfall and tidal flooding. Similarly, rainfall and riverine flooding boost levels of Culex annulirostris, associated with freshwater habitats. Closer to home, the metropolitan species Ae. notoscriptus breeds in water-holding containers. Given favourable multivariate climate conditions, some of the viruses transmitted by these and other mosquitoes may well emerge as significant agents of human disease during this century. The vulnerability of both vectors and humans to the unpredictability of meteorological patterns in Australia interacts to produce a public health problem that is undoubtedly complex and therefore difficult to address without a holistic view of what may be considered a “wicked problem”.

Further research is needed to determine the full extent of the public health risk on our doorstep. This should include a detailed determination of the transmission cycles of each zoonosis (a disease that can be transmitted from animals to people) that alternates between mosquito vectors and susceptible vertebrate hosts, some of which – thought to include marsupials, cattle and birds – act as reservoirs of infection in the environment. The recent emergence of the albeit unrelated SARS-CoV-2 in humans exemplifies the zoonotic cycling of potential viral pathogens, including arboviruses, in the environment and their potential to break out from their respective reservoir hosts, both known and unknown.

In order to evaluate the potential for emergence of Australian arboviruses, to ascertain their possible public health impact, the likelihood of disease epidemics, and to prepare to limit any such outbreak, these knowledge gaps should be closed. Doing so will enhance our understanding of the geographical range, prevalence, identification and control of neglected Australian arboviruses. A thorough surveillance and diagnostic protocol needs to be established to assist in the early diagnosis and correct treatment of febrile patients. This includes developing new pan-viral rapid tests for primary care use in areas of concern.

The threat to public health of arboviruses, notably but not exclusively dengue, right now is much less in major cities. The principal reasons for this are twofold. First, the largest hubs are located further south and so currently are outside the geographical range of many vector mosquitoes. Second, there is significantly more investment, both in absolute terms and per capita, in pest surveillance and control conducted by more affluent metropolitan councils, particularly the state capitals. However, this disparity may be set to change as there is a push to relocate people from high density urban areas to more liveable regional and rural towns in an attempt to rehouse the nation’s expanding population away from, in particular, Melbourne and Sydney.

The incidence of dengue in central and northern Queensland is largely restricted to isolated cases involving infected international travellers who are picked up quickly by local public health surveillance systems. This is reinforced by efficient border control vector management. Nonetheless, the unexpected dengue outbreak in Rockhampton demonstrated that autochthonous transmission is possible in Australia, as elsewhere. This provided proof of principle that local infection clusters can be maintained in a moderately densely populated environment in which humans and peridomestic, anthropophilic Aedes mosquitoes are in intimate proximity. The message is stark for conurbations of heavier population density, such as the metropolitan sprawl of Brisbane and the Gold Coast.

If future climatic conditions make regions further south (relatively) more conducive to mosquito breeding, we may anticipate an incremental southwards progression of Ae. aegypti. In this scenario, there are clear implications for local and state authorities to improve insect surveillance and control, as well as to introduce community information programs. These should better inform the public how to prevent mosquito breeding close to residential buildings. People brought up in today’s tropical zones are much more knowledgeable about dengue and likely to take individual responsibility for neighbourhood protection.

Northern Australia is a historically underinvested region, the development of which the Commonwealth government has started to vigorously promote as the national population continues to rise. This economic and social initiative is inadvertently accelerating settlement of an infection-naïve human population into hitherto unencountered ecosystems inhabited by reservoir animals and vectors for neglected arboviruses that are unique to the region.

Together with an escalating number and increased impact of dramatic climate events, such as tropical cyclones and floods caused by torrential monsoonal rainfall that promote mosquito population growth, this heightens the potential for viral transmission to humans. This multifactorial scenario creates a perfect storm for Australian arboviruses to emerge as a potential public health concern in the tropical north of Australia, and beyond, over the coming decades.