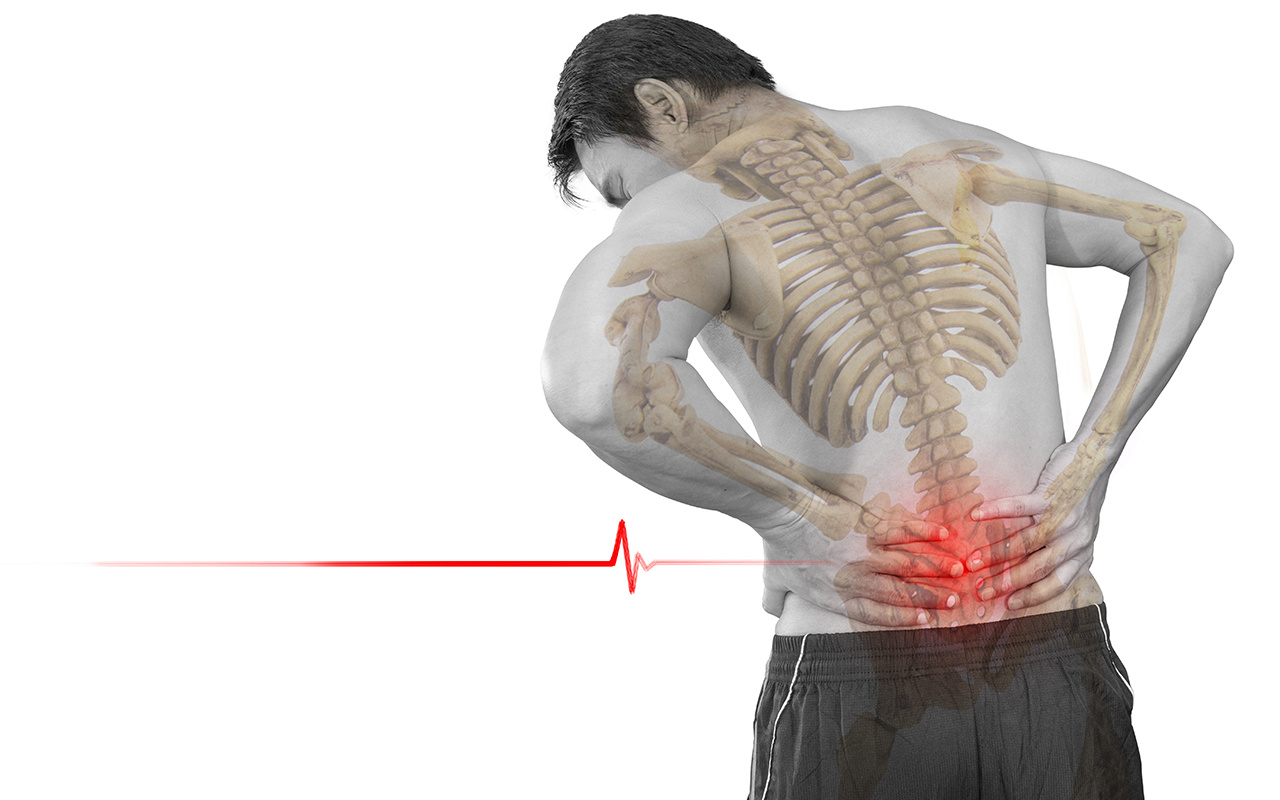 Cannabidiol for acute low back pain “can be put to bed”

A ROLE for cannabidiol (CBD) in pain relief is yet to be supported by high quality studies, with new Australian research finding it is no better than placebo as an adjunct medication for relieving acute low back pain.

The CANBACK trial randomised 100 emergency department patients with acute non-traumatic low back pain to either 400 mg oral CBD or placebo in addition to usual care.

The study, led by emergency physicians at Melbourne’s Austin Hospital, found mean pain scores at two hours were similar for patients in the CBD and placebo groups (6.2 points and 5.8 points respectively on a 10-point verbal pain scale). The median length of hospital stay was also similar for the two groups, as were side effects. Most patients were given paracetamol and a non-steroidal anti-inflammatory drug before the trial drug. Oxycodone was also given before the trial drug to 64% of patients in the CBD group and 48% in the placebo group. Most patients in both groups also received oxycodone in the four hours after the study drug.

Writing in the MJA, the authors concluded:

“The CBD and placebo groups did not differ with respect to hospital length of stay, adverse effects, and additional opioid medication use. Given its high cost, this is an important finding for patients who may consider requesting Therapeutic Goods Administration (TGA) approval for access to CBD.”

Up to 31 March 2021, the TGA has approved over 100 000 Special Access Scheme Category B applications for unapproved medicinal cannabis products.

“Approval numbers do not equal the actual number of patients receiving these medicines under the SAS,” say the TGA.

“This is due to the possibility of repeat applications for the same patient. It is also possible that an individual patient may be associated with separate approvals for multiple products. SAS applications contain de-identified information and it is not possible for the TGA to accurately calculate patient numbers.”

The MJA study was novel in focusing on one type of acute pain which might benefit from cannabinoids, and using a single dose of CBD alone – not in conjunction with tetrahydrocannabinol (THC). The authors said they chose CBD because of its lower side-effect profile, and chose a 400 mg dose based on its efficacy in previous studies.

Five previous randomised controlled trials of cannabinoids for chronic non-cancer pain each found a combination of CBD and THC achieved significantly greater pain reduction than placebo; however, most of these studies were small and side effects were common, especially when THC was used, the CANBACK authors noted.

“With the gradual legalisation of medicinal and recreational cannabis use in Australia and other countries, physicians must expect to see increasing numbers of patients taking cannabis products, whether prescribed by physicians or not. It is imperative that the medical utility of CBD and other cannabis products, their side effects, and how these products interact with other medications be investigated in well designed studies.”

Professor Iain McGregor, academic director of the University of Sydney’s Lambert Initiative for Cannabinoid Therapeutics agreed randomised placebo-controlled trials of medicinal cannabis for pain were strongly needed, as some Australian patients were already spending hundreds of dollars a month on unregistered products.

However, he argued that CANBACK’s focus on acute – rather than chronic – low back pain, was “not particularly useful in light of the way CBD is being used in the broader community”.

“Most people with a knowledge of CBD would not be suggesting its use for an acute exacerbation of pain that is serious enough to warrant an emergency department visit,” he said.

By contrast, chronic back pain was the second most common reason after anxiety why Australians accessed medicinal cannabis – either under prescription through the Special Access Scheme or illicitly – according to the Institute’s CAMS20 survey.

“What we really want is [a randomised controlled trial] involving chronic administration of CBD versus placebo over several weeks in stable patients,” Professor McGregor told InSight+.

He said it was a major problem with CANBACK that most of the patients already had many drugs including opioids in their system before being given CBD.

“I am not sure how you are supposed to look for a clean CBD signal under such conditions,” he said. “If anything, the study shows that nothing much works for acute back pain, including CBD.”

Professor McGregor argued there were compassionate grounds for enabling patients’ access to medicinal cannabis despite a lack of studies.

“What do you tell a patient who has exhausted conventional options or can’t tolerate them? Why shouldn’t they trial CBD or THC as an alternative? The medications routinely prescribed by pain specialists and GPs – antidepressants, opioids, gabapentinoids – have efficacy that is often just as questionable as medicinal cannabis and can be far more risky.”

CANBACK’s lead investigator, Dr Bronwyn Bebee, said acute low back pain was one of the most common pain presentations at emergency departments, making it a logical focus for emergency physicians wanting to study the utility of cannabinoids for pain management.

“Our study provides enough evidence to put this particular use of CBD in the emergency department to bed,” Dr Bebee told InSight+.

Dr Bebee said it would not have been ethical to withhold pain relievers such as paracetamol, ibuprofen and oxycodone from patients in order to test CBD with a clean signal as Professor McGregor suggested.

Dr Bebee said it was reassuring that CANBACK and other evidence suggested CBD was safe in most instances.

The Australian and New Zealand College of Anaesthetists’ (ANZCA) Faculty of Pain Medicine recently issued guidance about medical cannabis, saying there was a “critical lack of evidence that it provides a consistent benefit for any type of chronic non-cancer pain”.

Furthermore, evidence of harm from cannabinoids did exist, it said, particularly sedative effects, interactions with other drugs, and neuropsychiatric effects with THC.

“The clinical use of cannabinoid products cannot be ethically recommended outside a properly established and registered clinical trial environment,” the faculty said in a Choosing Wisely recommendation.

Faculty dean Associate Professor Mick Vagg welcomed the CANBACK study, saying it was “a small step towards addressing the critical lack of evidence as to how CBD in particular might be worth using”.

“The study design allows adequately for demonstration of benefit if it was to be found. In particular, it is impressive that the funding and conduct of the study was done in a health care setting, not by industry,” he said.