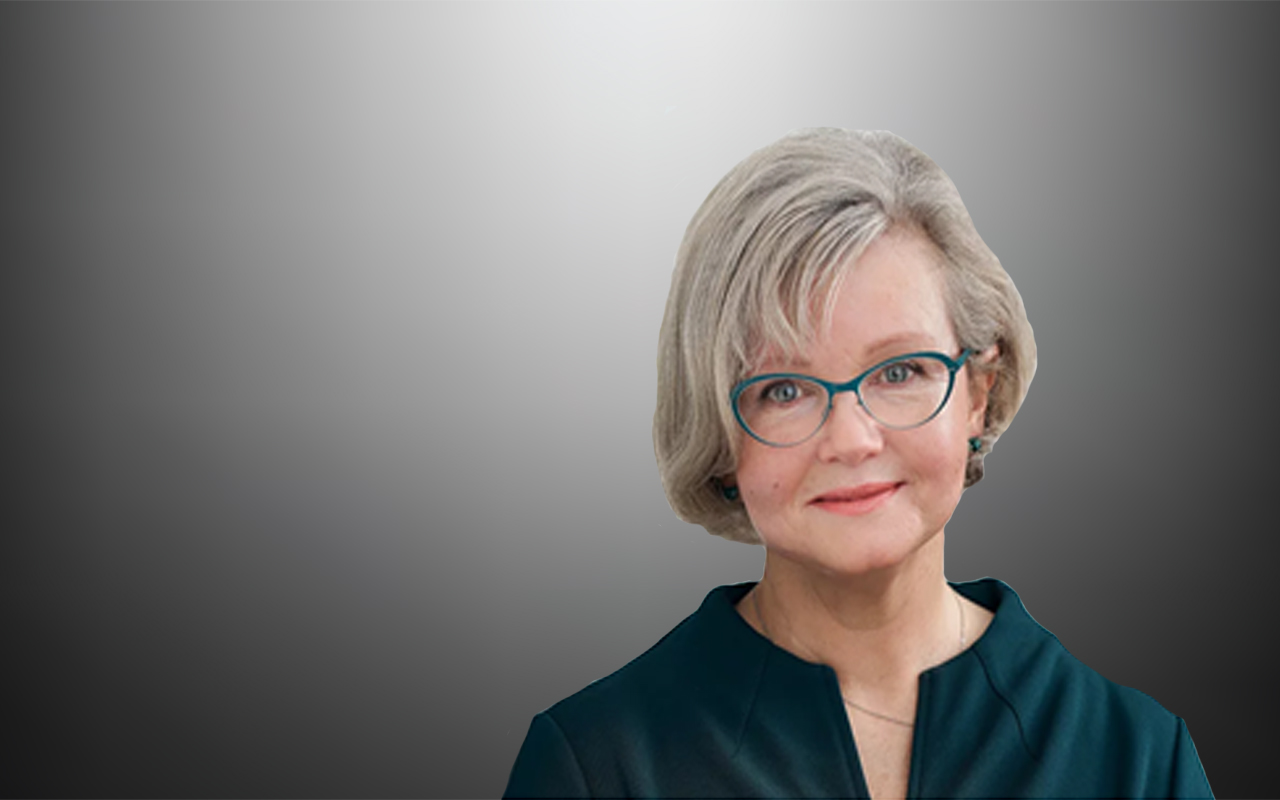 THE incidence of young onset Parkinson’s disease has increased by 40% in 10 years, representing a 4% growth per year.

Parkinson’s is a neurodegenerative disease with no cure. Because of its chronic, progressive nature, insidious onset, complicated and diverse motor and non-motor symptoms, and limited management options, Parkinson’s is one of the most challenging diseases.

Parkinson’s Australia is the national, not-for-profit body working to support and advocate for all people affected by Parkinson’s and other neurological or movement disorders, including atypical Parkinson’s conditions such as multiple system atrophy, progressive supranuclear palsy, Lewy body dementia, and corticobasal degeneration.

In 2019, Parkinson’s Australia was awarded over $1 million under the federal government’s National Disability Insurance Scheme (NDIS) Information, Linkages and Capacity Building (ILC) National Information Program Funding Round to improve outcomes for people with Parkinson’s and other movement disorders. Evidence from people with Parkinson’s under the age of 65 years (the NDIS’ definition of “young onset”) around Australia highlighted a lack of information, education and understanding of the disease, its symptoms and progression, with a need for greater support and understanding to enhance social, community and economic participation.

When the YOP-X project commenced in January 2020, comprehensive scoping exercises highlighted a lack of resources, support and information for people with young onset Parkinson’s living in Australia and internationally.

While several apps allowed people with Parkinson’s to track their symptoms and offered logs and self-assessment tools, medication and appointment reminders, and watches for measuring tremors, no app provided all of these functions or specifically targeted people with young onset Parkinson’s.

During early project development, the move was made away from a co-design model, where tools and resources were developed in consultation with people with young onset Parkinson’s, to a living laboratory model, where people with young onset Parkinson’s developed the YOP-X app and website content themselves. This move evolved through an unexpected trajectory.

Initially, national and state working group meetings with people with young onset Parkinson’s identified six key areas of importance — mental health and emotional wellbeing; employment and legal; exercise and nutrition; relationships, sex and intimacy; sleep, fatigue and energy; change your brain – all of which were yet to be considered in any resource development for this cohort anywhere in the world. These identified areas became known as pillars and, given that they centred around issues such as employment and sex, they placed young onset Parkinson’s as a condition in the background and moved living well as an active and contributing member at work, in relationships and in the community, to the forefront. Essentially, this model also removed the fear of exposure to information about the disease itself before people were ready, an issue raised by working group participants, as it set a tone of enhancement, rather than deterioration of health and wellbeing.

A second round of engagement with national and state working group members fleshed out issues under each pillar, including the specific challenges being faced in the workplace, changes in relationships and sexual functioning, and sleep patterns, given people with young onset Parkinson’s were more often than not juggling their career, parenting, relationships and social lives in a very different way to older people with Parkinson’s.

This second round of engagement constructed a set of national surveys to collect the experiences of people with young onset Parkinson’s across these key areas. The qualitative nature of the survey format allowed people with young onset Parkinson’s from across Australia to frankly disclose what life was like for them, including strategies that were working to enhance their health and wellbeing.

As a result, more than 100 individual stories centred around personal experiences, created the content of the YOP-X app and website, providing detailed information to design tools such as a personalised prompt to push past apathy, a thought switcher to interrupt negative thinking, an application generator for flexible working arrangements, and a goal setting tool to allow for the collection of short, medium and long term goals..

A timely collaboration with two of South Australia’s think tank heavyweights, the NeuroTech Institute and the South Australian Health and Medical Research Institutes’ (SAHMRI) Wellbeing and Resilience Centre (WRC), allowed further development in the key areas of mental health and wellbeing and neuroplasticity.

Cognitive neuroscientist, and founder and CEO of the NeuroTech Institute, Dr Fiona Kerr, combined the disciplines of neuroscience and engineering to inform the app development process. The first discipline introduced content on how to maximise the cognitive benefits of various activities, leading to physical and psychological benefits, to compliment the user’s medical treatment regimen from their GP and other practitioners. Gaining an understanding of how activities (eg, exercise, sleep, diet, learning novel information, and direct human interaction) can enhance cognitive and physiological function and activity, and gives the user a simple understanding of what is happening neurologically and an informed basis for their choices on how they spend their time and what they consume as well as a basis for the many conversations they will have over their lifetime with young onset Parkinson’s.

This is critical because, although many symptoms may be milder in terms of motor impairment or slower in progression (apart from rigidity), there are more non-motor symptoms, such as anxiety, depression, apathy and sleep disorders, that significantly affect lifestyle and combine with the potential negative effects of long term drug use due to the disease. Therefore, the combination of the YOP-X app and medical care presents a holistic approach to dealing with changes in work, relationships, sleep, physical ability and body and brain health.

The second discipline involved working with the technical experts to design functionality that helps to give back control, inform, demystify and organise the app user in ways that can lead to beneficial behaviour change that lasts – outcomes that many apps fail to achieve, as the particular neurophysiological aspects of the user interacting with an app are not taken into consideration and, therefore, little behaviour change or agency is achieved. The app will also allow the GP visit to be more informed, as it includes data collection and self-assessment that can be discussed together. Additionally, data collected by the app can be emailed directly to the GP or treating specialist at any time.

Engagement of the SAHMRI WRC in the YOP-X project proved timely, as researchers Joep van Agteren and Matthew Iasiello recently completed a large meta-analysis of the most effective psychological interventions designed to build mental wellbeing. The meta-analysis reviewed more than 400 randomised controlled trials of various interventions designed to improve wellbeing in the general population, as well as those with a physical or mental illness. Using this review, the WRC developed and tested a new wellbeing program called the Be Well Plan. The program comprises more than 30 different, evidence-based activities to improve mental health and wellbeing, a selection of which have now been included in the YOP-X app. These activities include a range of mindfulness-based activities, self-compassion, active listening, avoiding thinking traps, and ways to build a sense of meaning in life. Evidence suggests that consistently practising simple wellbeing activities in daily life can lead to a significant improvement in mental wellbeing, despite living with a mental or physical illness.

To alert your patients to the YOP-X project, head to https://youngonsetparkinsons.org.au/ or download the app for free from the App Store for Apple devices or Google Play for Android devices.

Dr Fiona Kerr is the founder of the NeuroTech Institute and FOCUSNTI, which consult and research internationally on a range of areas including the neurophysiological impacts of human connectivity and synchronisation and how to design and partner with technology to ensure successful outcomes. Her unique expertise is shaped by qualifications in engineering, anthropology, psychology and cognitive neuroscience, and more than 35 years’ experience working globally in various sectors and organisations, resulting in a broad knowledge of human interaction and neurogenesis and how to combine this with the transformative capacity of well designed technology.

Joep van Agteren is the Research and Development Lead for the SAHMRI Wellbeing and Resilience Centre (Mental Health and Wellbeing Program, Lifelong Health Theme), and an affiliate researcher to Flinders University. He studied Psychology in Maastricht, The Netherlands, and has worked in universities, the Public Health Sector and the health start-up scene before joining SAHMRI to re-align more to one of his passion areas: mental health. Joep is a strong advocate for the use of evidence-based frameworks and behavioural change taxonomies to guide intervention design. This, combined with his expertise in evidence synthesis, forms the cornerstone of his work on designing new, and improving existing, interventions to increase mental health and wellbeing.

Matthew Iasiello is a mental health researcher from the SAHMRI Wellbeing and Resilience Centre. He has spent more than 5 years building mental wellbeing in the South Australian community, and has participated in many large-scale projects in at-risk youth, male and female offenders, university students, and workforces. Matthew is currently completing a PhD at Flinders University focusing on the relationship between mental illness and mental wellbeing. He has presented his research at international academic conferences, and is published in international peer reviewed scientific journals.

Olivia Nassaris has an extensive background in communications and advocacy in aged care, higher education and health, both in Brazil and Australia. Her role as CEO of Parkinson’s South Australia and Northern Territory has given her strong expertise in business development, key strategic partnerships, philanthropic grants and communications. Under her dynamic leadership, Olivia has created a client-centred hub with professional services focusing on living well as we age. Olivia focuses on maximising choice, independence and wellbeing for older people and those with movement disorders.

Kate Hawtin is the Project Manager of YOP-X. She has been actively involved in health project management and social research activities across the government and community sectors for the past 15 years. Kate has established recognised health programs across Australia, including the Rural Doctor’s Workforce Agency Rural After Hours Triage Education Program, the Queensland Government Diabetes Collaborative Project, and the South Australian Government Rural Women’s Outreach Program.