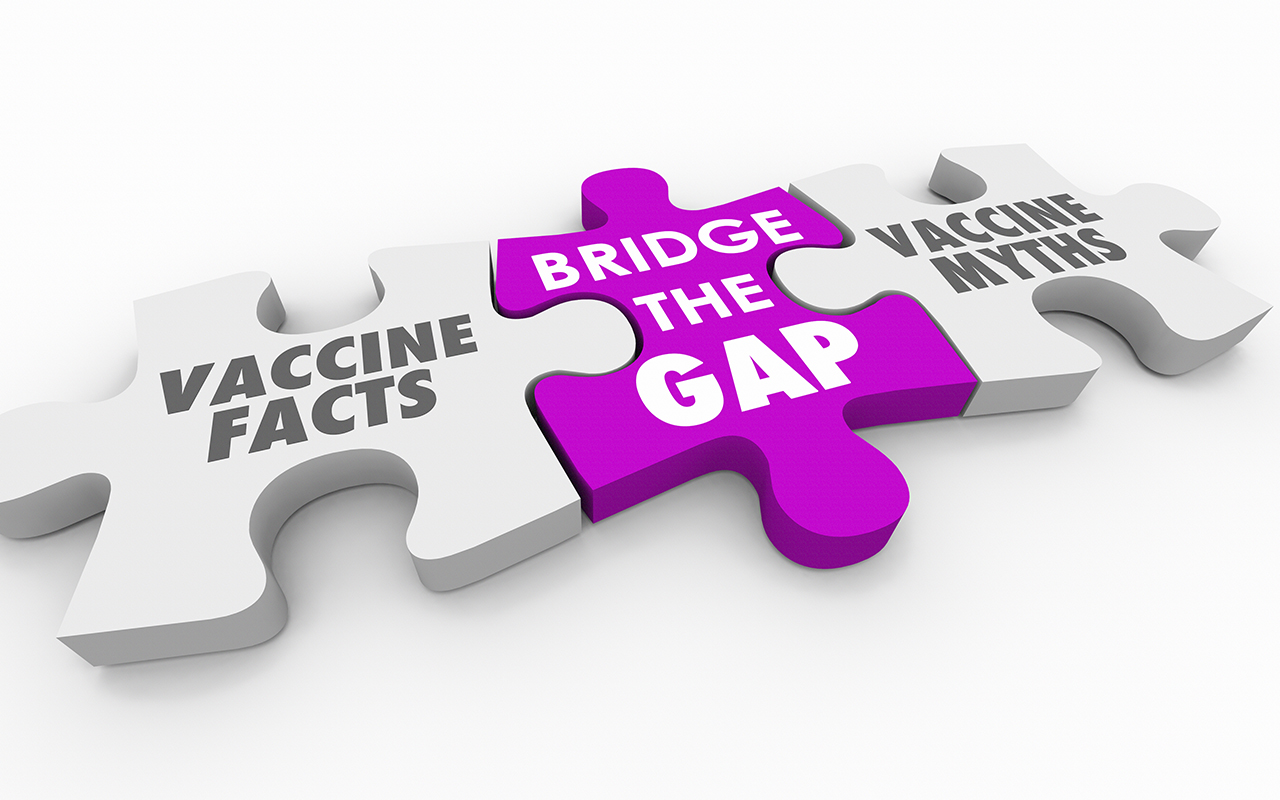 COUNTERACTING misinformation about immunisation is the responsibility of everyone, from medical journals to social media executives, health professionals and the general public, say experts.

Associate Professor Helen Petousis-Harris, a vaccinologist from the University of Auckland, told InSight+ that vaccine opponents had been around since Edward Jenner inoculated 8-year-old James Phipps with cowpox on 14 May 1796.

“When you look at them you can see that they play to the core of quite a variety of beliefs or philosophies like chemophobia, transpirational beliefs, and things like that.”

Associate Professor Petousis-Harris and her colleague Lisbeth Alley have written a Perspective published in the MJA.

The internet, and particularly the rise of social media since 2000, has “changed the paradigm” for anti-vaccination campaigns.

“Now you can not only access everything instantly, you can send things anywhere instantly,” Associate Professor Petousis-Harris said.

“We started with people having websites and also email – that’s where it started and that allowed interest groups to easily collaborate. Key actors, no matter where they were in the world could start getting together.

“That’s allowed the [antivaccination] movement to get more organised, but also to start getting financed. The internet allows key actors to receive considerable revenue.

“And then along came Facebook … those algorithms started to improve the targeting of messages, so people get messages that they’re most receptive to. We all know about the echo chambers, and the research has shown that lies spread faster, further, and deeper than the truth.

“Research also shows that people who haven’t made up their minds are more likely to be recruited over to what I guess you consider the core antivaccine pages.”

If and when a COVID-19 vaccination comes along, Associate Professor Petousis-Harris has concerns about how it will be received.

“We’ve got quite a critical situation where we have polarisation happening, as opposed to social cohesion,” she said.

“I think the vaccine thing is just part of the bigger picture. At the moment we seem to be seeing a perfect storm of people opposed to 5G, people who oppose vaccines, and people arguing about civil liberties – all coming together. This is the growing perfect storm.”

Combatting antivaccination arguments is complex, and the responsibility of all in health care, Petousis-Harris and Alley wrote.

“Research consistently finds that people who have a warm trusting relationship with a confident and knowledgeable health provider are more likely to vaccinate themselves and their children,” they wrote.

“It is vital that vaccinators keep up to date with current memes and themes and are able to respond confidently and effectively to the questions that arise.

“When education and resources for these professionals are not accessible and funded, then working with vaccine-hesitant people is challenging and stressful. Providers could use social media and their own websites to craft and promote positive immunisation messages for their community. Posting messages that support patient and parental confidence in the safety and effectiveness of vaccines, and raising awareness that most infants are fully immunised, helps embed immunisation as normal health behaviour.

“Evidence also supports the use of personal stories and anecdotes that resonate with vaccine-hesitant parents; infographics can help bypass anecdotes.”

Petousis-Harris and Alley concluded that although the issue was a complex one, maintaining trust in health care was key.

“There is no one-size-fits-all in this space; solutions at times appear uncertain. Recognising the complexity of this problem is the first step, and maintaining trust in health professionals, health ministries, government, global and professional health bodies and scientists is essential.”

Meanwhile, new data on the vaccination front are encouraging for those supporting the national “no jab, no pay” policy.

Another study published in the MJA, shows that “no jab, no pay” was associated with substantial catch-up vaccination activity in lower socio-economic status areas in the 2 years after it was implemented.

They also examined catch-up vaccination rates for the second dose of measles–mumps–rubella vaccine (MMR2) in the latter two age groups, by Indigenous status and socio-economic status, and for the third dose of diphtheria–tetanus–pertussis vaccine (DTPa3) and MMR1 in children aged 5 to less than 7 years, before and after the introduction of “no jab, no pay”.

“The proportion of incompletely vaccinated children aged 5 to less than 7 years who received catch-up DTPa3 was higher under “no jab, no pay” than during the baseline period (15.5% v 9.4%),” the authors found. However, they also found a slight reduction in MMR1 catch-up (13.6% v 12.9%).

“Moreover, the lack of change in MMR1 catch-up activity in children aged 5 to less than 7 years suggests little impact on those who reject vaccination, and that expansion of age requirements was the more effective policy lever in this period,” he added.

Professor Julie Leask, NCIRS Professorial Fellow and University of Sydney expert on vaccination attitudes and behaviour commented, “Many factors contribute to incomplete vaccination; a comprehensive suite of measures, particularly for reducing barriers to access and incorporating systematic reminders, is therefore essential for improving coverage. Requirements alone are not enough.

“The full scope of consequences of strict vaccination requirements should be carefully examined by any country considering such measures. It may be possible to find a reasonable middle ground that increases catch-up while not disadvantaging certain families.”

"No jab, no pay" has proven its worth