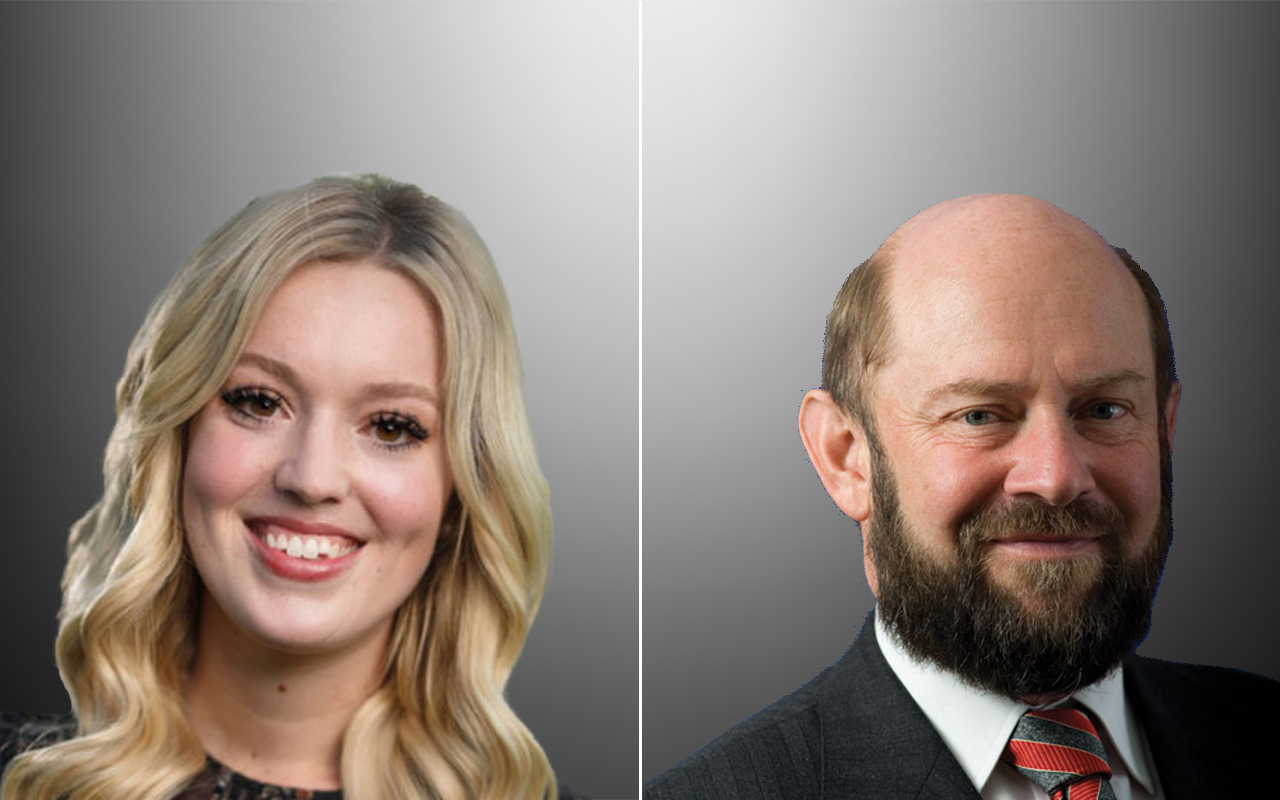 MENTAL health legislation varies between states and territories in Australia but most jurisdictions have undertaken reform over the previous decade and now embed a recovery-oriented framework. In Victoria, these reforms explicitly enshrine the principles of the Charter of Human Rights and Responsibilities Act 2006 (Vic) (“the Charter”) and the Convention on the Rights of Persons with Disabilities (“the CRPD”) and are stated to align with community expectations relating to the provision of treatment for vulnerable people including those living with disability (here and here).

However, the recent Victorian Supreme Court judgment by Justice Bell in PBU and NJE v Mental Health Tribunal [2018] VSC 564 has highlighted confusion around the relationship between the Mental Health Act 2014 (Vic), the Charter and the CRPD for Mental Health Tribunal members and clinicians alike, generating an opportunity for clarification of their associated frameworks. Although a Victorian case, it is likely that this judgment will be influential outside Victoria due to its extensive discussion of human rights for people experiencing mental illness (here).

While the breadth of the legal and clinical ramifications of PBU and NJE v Mental Health Tribunal is difficult to evaluate authoritatively due to its recency, this article reviews the facts and highlights considerations relevant to clinicians working across all specialty areas. Although many practitioners may find themselves uncertain in their engagement with the law, it is our hope that this discussion will help them to understand this judgment and to integrate knowledge of the case meaningfully and informedly into their work for patients experiencing mental illness.

PBU and NJE v Mental Health Tribunal dealt with the appeal by two patients experiencing schizophrenia, both of whom were required to receive electroconvulsive therapy (ECT) as treatment for their symptoms on the basis of determinations that each patient lacked capacity to provide informed consent to ECT and on the ground that there was no less restrictive way to provide the treatment necessary under section 93 of the Mental Health Act. Both decisions were made by the Mental Health Tribunal (MHT) and later affirmed by the Victorian Civil and Administrative Tribunal (VCAT) on review, prior to a subsequent appeal from the VCAT to the Victorian Supreme Court (here and here).

PBU was a compulsory patient at an acute psychiatric inpatient unit with a diagnosis of treatment resistant schizophrenia. He was first diagnosed with that condition in 2011 and had been admitted to hospital on a number of occasions in the intervening years, with relapses in 2013, 2014, 2015 and 2016 reportedly precipitated by the ceasing of oral medication against medical advice. On the index occasion, PBU was reported to be experiencing positive symptoms of psychosis including hallucinations and delusions. The treating team had considered and discussed a trial of clozapine, which PBU declined. The treating team believed that compulsory treatment with ECT was the only available option that would allow PBU to improve sufficiently to leave hospital (here).

During his VCAT hearing, PBU described an ongoing belief that he was experiencing a mental illness, but felt his diagnosis was more consistent with comorbid depression, anxiety and post-traumatic stress disorder than the treating team’s diagnosis of schizophrenia. He expressed clearly his desire not to receive ECT as he did not believe the treatment was relevant to his condition, and requested discharge to home with no further prescription of antipsychotic medication. The VCAT found that, as at the hearing date, PBU did not have capacity to give informed consent to whether ECT should be performed in circumstances where he did not accept the diagnosis for which the treatment was intended to be given.

NJE was a compulsory patient of a regional secure extended inpatient facility, with a diagnosis of treatment-resistant schizophrenia. Since 2004 she had received episodes of voluntary and compulsory treatment across both community and inpatient settings. On the index occasion, NJE was reported to be experiencing both positive and negative symptoms of psychosis. She had previously trialled clozapine, but this was discontinued as NJE reportedly declined the associated routine physical health monitoring. The treating team believed that compulsory treatment with ECT was the least restrictive option available to NJE in her recovery (here).

The treating team applied for compulsory treatment with ECT for NJE on three occasions. On the first two applications ECT was denied by the MHT on the grounds that NJE both refused treatment and was not considered to lack capacity. On the third (and index) application a course of 12 doses of ECT was granted by the MHT and upheld by the VCAT on the basis that NJE could not use and weigh information relevant to the ECT decision because she could not accept that it applied to her situation as it was her belief she did not have a mental illness.

Justice Bell presided over appeals by PBU and NJE and determined that the VCAT had erred by incorrect application of the capacity test to both PBU and NJE. This capacity test is outlined by paragraphs (a)-(d) in s 68(1) of the Mental Health Act, which states that a patient has capacity to provide informed consent if he or she:

In the case of PBU, the VCAT determined that the patient had understood the information given as required by section 68(1)(a) of the Mental Health Act (here). However, Justice Bell held that the VCAT did not correctly apply paragraphs (b)-(d) of section 68(1) to determine capacity to consent, and instead based the determination in part on the clinical presentation that PBU lacked capacity by reason of his not accepting or believing that he had schizophrenia and thereby displayed a lack of insight into his diagnosis and his need for ECT. This elevated the requirement of insight in determination of capacity to consent to an impermissible extra-legislative consideration and wrongly made a patient’s acceptance of a medical diagnosis coterminous with lacking capacity to make decisions about treatment. Justice Bell held that, at least sometimes, lack of capacity will not follow from non-acceptance of a diagnosis.

In the case of NJE, the VCAT concluded that the patient was able to understand and remember the information provided and communicate a decision, meeting the criteria of paragraphs (a), (b) and (d) of section 68(1) of the Mental Health Act (here). However, Justice Bell determined that capacity is decision specific, can fluctuate, and can be enhanced by provision of supports. He concluded that the VCAT had imposed a higher threshold for capacity than is permitted by law, by interpreting section 68(1)(c) wrongly in two respects:

Justice Bell’s judgment has contributed to the collective legal and clinical consciousness on issues lying at the intersection of the Mental Health Act, the Charter and the CRPD for patients with mental illness in Victoria. In particular, it has highlighted the potential for discrimination against vulnerable people with mental health diagnoses by importation of the extra-legislative consideration of insight as a precondition to a finding of capacity to consent, and by the application of standards for capacity that are applied unequally to those used for people experiencing physical illness.

Subsequently, tribunal members and clinicians alike must consider whether symptoms of mental illness in fact preclude an individual’s capacity to make capacitous decisions, not making general assumptions on the basis of the patient’s attitude toward whether they have a particular mental illness. A distinction must also be drawn between whether a person has actually engaged in a weighing process about the advantages and disadvantages of a particular form of treatment, and the making of poor decisions or decisions considered unwise by treating medical professionals.

Finally, while the facts of this judgment are specific to the state of Victoria and to patients experiencing mental illness, the principles raised are arguably relevant across all medical practice and to the provision of care for vulnerable patients more broadly. Clinical decision-making that purposefully integrates understanding of human rights and disability rights from a medico-legal perspective is likely to facilitate improved patient engagement in treatment and recovery, and to promote opportunities for relevant systems reform.

Dr Skye Kinder is a psychiatry registrar. She was the 2017 Victorian Junior Doctor of the Year, the 2019 Victorian Young Australian of the Year, and recently named on the Australian Financial Review’s “100 Women of Influence” list.

Dr Ian Freckelton is a Queen’s Counsel in Castan Chambers in Melbourne, a judge of the Supreme Court of Nauru, and a Professorial Fellow in Law and Psychiatry at the University of Melbourne.