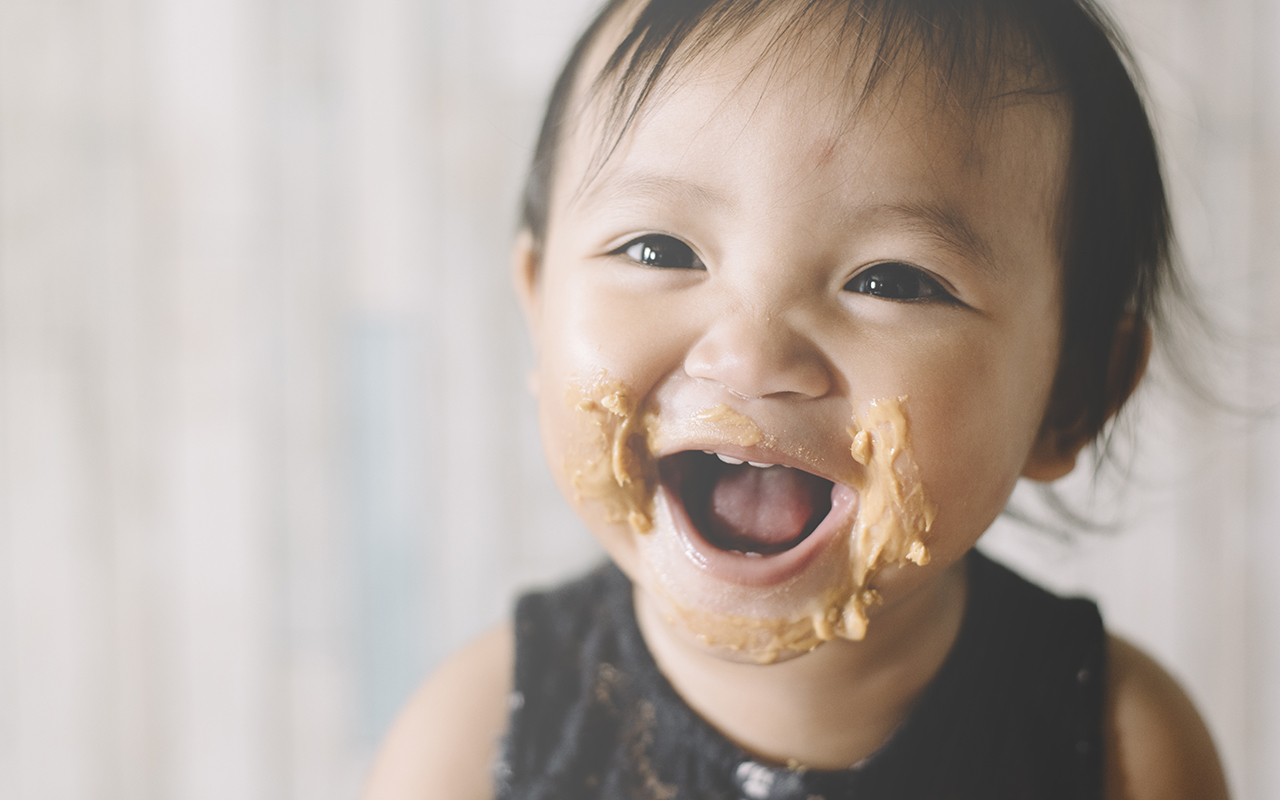 AUSTRALIAN parents have embraced evidence-based guidance to introduce their infants to dietary allergens such as egg and peanut in the first year of life, but the impact on peanut allergy prevalence to date has been less significant than experts hoped.

Countries all around the world have changed their infant feeding guidelines in the past 10 years, in the wake of a 2015 randomised controlled trial that found infants at high risk for allergies had a reduced risk of developing peanut allergy by age of 5 years if exposed to at least 6 g of peanut protein per week.

The Australian Infant feeding and allergy prevention guidelines introduced in 2016 recommend all infants be given allergenic solid foods including peanut butter, cooked egg, dairy and wheat products in the first year of life – starting around 6 months of age, but no earlier than 4 months, and ideally while continuing to breastfeed.

The guidelines also say hydrolysed infant formula is not recommended for prevention of allergic disease.

At the time when they were introduced by the Australasian Society of Clinical Immunology and Allergy, the guidelines represented a major change from what some experts and organisations were recommending. For instance, a guideline by the American Academy of Pediatrics published in 2000 recommended the use of hydrolysed formulas and delayed introduction of allergenic foods until 3 years.

However, new research from the Murdoch Children’s Research Institute in Melbourne shows the change in feeding practices has not yet translated into a significant reduction in peanut allergies at the population level.

“[The] introduction of a guideline recommending early peanut introduction in Australia was not associated with a statistically significant lower or higher prevalence of peanut allergy across the population.”

The study compared allergy prevalence rates before and after the guidelines were introduced, using data from 7209 infants presenting at immunisation centres in 2007–2011 and 2018–2019.

After adjusting for this and other factors, the study found peanut allergy prevalence was 2.6% in 2018–2019, compared with 3.1% in the earlier group, but the difference was not statistically significant.

The authors wrote in JAMA: “It is possible that widespread early introduction of peanut products in infancy blunted the rise in peanut allergy that could have otherwise occurred.”

Subgroup analysis showed that among infants of Australian-born parents, excluding those with East Asian ancestry, earlier peanut introduction was significantly associated with lower risk of peanut allergy in 2018–2019.

In an accompanying JAMA editorial, experts from Johns Hopkins University said the results of the Australian study provided a “fascinating conundrum” by failing to demonstrate a population benefit from implementing the results of the landmark 2015 trial.

“One possibility is that results from the [2015] trial are really not applicable to the general population, either because the benefits of early introduction are specific to high-risk infants or because the benefit requires consistent ingestion of high doses of peanut.”

The editorial authors also said it was possible that the early introduction of allergens had “substantially attenuated what might have otherwise been a continued increase in peanut allergy over time”.

They urged doctors to continue to follow the guidelines given the potential for benefit and low risk of harm.

“Introducing allergens into the infant’s diet in the first year of life helps to promote immune tolerance so that the immune system recognises that the food is not a harmful substance and inhibits any adverse immune responses to these foods,” she said.

“The community has responded really well to the new advice to introduce allergens early; it just hasn’t quite translated into the reduction in allergy we were expecting to see, but it is still early days.

“There are probably also additional factors at play that contribute to why Melbourne has high rates of food allergy and more research is needed.”

Further research was also needed on the ideal dose and frequency at which allergens should be given in infancy, she added.

Evidence did not support previous theories that caesarean delivery may increase the risk of food allergy, or that breastfeeding may be protective, she said.

Meanwhile, a research letter by the same Murdoch Children’s Research Institute group published today in the MJA has provided reassuring evidence that the introduction of the 2016 guidelines did not adversely impact breastfeeding rates, allaying some concerns at the time.

The proportion of infants breastfed for at least 12 months was larger in the wake of the guidelines than it was before (52.7% v 35.9%), the authors reported.