COVID-19: Time to put people ahead of politics 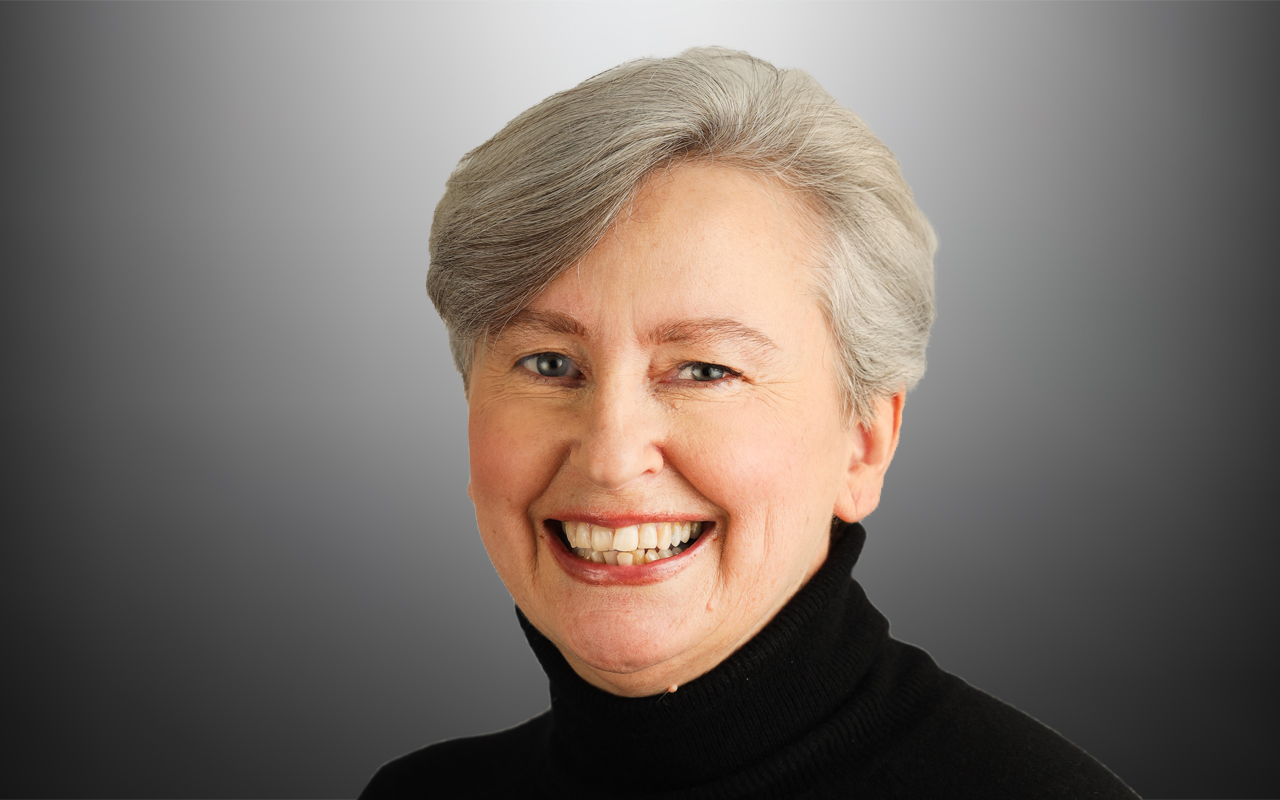 Let me be clear, we do not yet have a complete understanding of the long term sequelae of COVID, but a picture is emerging that makes a policy of mass infection grossly irresponsible. It’s time for our medical leaders to give strong and assertive advice to politicians, to leave them no plausible deniability, and for politicians to explain their reasoning for rejecting clear medical advice. We need our political leaders to come together in bipartisan efforts to stop the spread and avoid the temptation of wedge politics when lives and the future health of the nation are at stake.

I WAS living in New York in March 2020, working for the United Nations, when COVID-19 shut the city down. I left New York not long after that, responding to the Department of Foreign Affairs and Trade’s advice for expats to return to Australia.

Seeing Virgin ground its fleet, and Qantas announce that it would follow, I got on the last flight I could reliably book and started months of remote work, clocking on at 11 pm in Brisbane, to keep New York hours.

When I left New York, the streets were deserted, shops were shuttered, restaurants were closed. There was a sense of panic in the air, and a sense of peril associated with every human interaction. While I watched aghast at what was happening to my colleagues who remained there, New York peaked at 800 deaths a day, with a total of almost 23 000 deaths in the first 4 months of its pandemic. There were refrigeration trucks doubling as mortuaries, mass graves at the Potters Field on Hart Island, and a field hospital in Central Park. Bodies were being misplaced, and some people were choosing to die at home, rather than risk that undignified fate. Living in “zero COVID” Australia felt surreal, and for months I felt guilty.

In March 2020, when I landed back in the country, Australia was virtually COVID-free, and every case was investigated. Genomic tracing was the rule, and strict border measures were in place. Test, trace, isolate – we were fully on board with the fundamentals of public health practice. We had mostly intermittent lockdowns, with Victoria being the exception, with one of the longest lockdowns in the world. But through enormous effort, we achieved the unachievable of zero COVID after uncontrolled spread. There was a sense of unity, of science leading the way, and of politicians avoiding politicising the response.

Then it all started to fall apart.

Federal state relations started being defined by (to use a US phrase) red/blue delineation. “Blue” (Coalition) states were less likely to criticise the federal government response, “red” (Labor) states were keen to point the finger. Masks, a key tool in the public health response, became a political flashpoint, as did vaccine mandates. The public health messaging failed to evolve. We seemed stuck at droplets and objects (keep 1.5 m distant, clean touchpoints and sanitise your hands), with no public discourse about airborne spread. State Premiers made heroic gestures about abandoning masks, making any walk-back difficult. The most memorable (and regrettable) of these was the Queensland Premier’s “Smiles are back” video, closely followed by the New South Wales Premier visiting a pub with several unmasked mates while a mask mandate was still in place.

Australia set out almost its entire strategy for “living with COVID” based on vaccination rates. There was an ill-informed belief that vaccines would eliminate transmission and disease, and we could return to pre-pandemic life. Concepts of herd immunity became commonplace in the media and political discussion, and terms such as “wall of immunity” were bandied around.

In reality, this was never going to happen.

Coronaviruses initially target the upper respiratory tract where they replicate, with varying degrees of spread (and replication) in the lower respiratory tract. Mucosal IgA, while able to mediate protection in the respiratory tract, is usually relatively short-lived, whether induced by vaccination or infection. Virologists were advising me, back in March 2020, that the vaccinated would likely still transmit the virus, and this has been shown to be true (here and here), albeit at somewhat reduced rates. Our current vaccines protect against severe disease, but do not eliminate the risk of infection and only partially reduce transmission. This is exacerbated by the constant evolution of the virus, with variants evading both vaccine and infection induced immunity. This means that effective herd immunity will likely never occur, unless there is a significant leap in vaccine technology. Due to vaccination, we are unlikely to see the horrific scenes of the first waves overseas in 2020, but our hospitals are currently overwhelmed in spite of our vaccination rates. Governments around the world who were aiming for herd immunity, are coming to this realisation and are increasing public health messaging accordingly (here, and here).

Visiting New York this April it was striking how much more sophisticated their response was than ours. New York health was (and still is) publishing daily figures of testing, not just numbers of cases, but test positivity rates and adequacy of sampling. They were actively messaging certain postcodes to get more testing if the numbers were too low to give confidence in the sampling. Masks and tests were being distributed free of charge, and there were PCR kiosks on street corners every few blocks in Manhattan, and mobile testing vans visited under-sampled postcodes.

This is unsurprising, given that New York lived through a pandemic Armageddon. The US overall has not handled the pandemic well, but the Biden administration has just released a seven-point response, which includes free testing, free high-quality masks (specifically N95 respirators), ventilation, and data dissemination. The US is also afflicted with red/blue division, but clear federal leadership is making a difference.

Contrast that with Australia, where testing has progressively become harder to find, political leaders studiously tiptoe around the issue of mask mandates, there is no requirement to generate accurate test positivity rates and no real ability to enforce even the reporting of positive tests. Wastewater testing results are not widely shared, locality targeted interventions are invisible and there is no signalling about transmission risk at the community level.

This means we are driving blind, with no clear indication of population prevalence to allow us to anticipate and manage. The lack of public sharing of these key data has deprived Australians of the tools they need for “personal responsibility”.

We have largely given up on “test, trace, isolate”. While cessation of contact tracing is explicable in the current levels of spread, testing and isolation should remain paramount. Mitigations to prevent airborne transmission are sadly lacking. There has been no political leadership on this in the public discourse. Prime Minister Anthony Albanese even received his fourth vaccination, in a health care setting, wearing no mask.

Masks (preferably N95 or P2 respirators), ventilation and HEPA filtration work. The failure to use these measures to protect unvaccinated children is particularly egregious, and interstate variability in following the science is inexplicable. Hundreds of discussions with patients over the course of a year and the constant sight of floppy cloth masks under noses have convinced me that Australian people genuinely do not know how to prevent spread, so confused has the messaging been.

I still believe Aussies are a decent lot, who would inconvenience themselves to save a life. If the average punter knew that their decision to not wear a mask could actually result in someone else dying, I, perhaps naively, think the majority would wear a mask. Messaging that people who feel vulnerable should wear a mask has undermined any sense that masks protect other people and that wearing a mask is an act of altruism, not just personal protection. People are unaware that they can be asymptomatic or pre-symptomatic and infectious. They don’t understand that they can spread it before they are aware they are doing so. And people have been led to believe that getting infected doesn’t really matter, because it’s a “mild illness no worse than a cold” and we have antivirals. Antivirals are only available for those at high risk of hospitalisation, and are only useful if people can get a prescription within 5 days of the onset of symptoms, not easy in a climate of underfunded and overstretched general practice. Then there is the issue of distribution, with many patients needing to contact several pharmacies to find out where they can have their antiviral prescription filled.

Let me be clear, we do not yet have a complete understanding of the long term sequelae of COVID, but a picture is emerging that makes a policy of mass infection grossly irresponsible (here and here). It’s time for our medical leaders to give strong and assertive advice to politicians, to leave them no plausible deniability, and for politicians to explain their reasoning for rejecting clear medical advice. We need our political leaders to come together in bipartisan efforts to stop the spread and avoid the temptation of wedge politics when lives and the future health of the nation are at stake.

We have the tools to dramatically slow the current acceleration of transmission and hospital admission. We cannot undo past infections, but we can reduce the cycle of repeated re-infections. To do so, we need to reignite our fundamental belief that Australians can and will work together for the good of all, and stop the divisive politics.

We need an urgent public health campaign to educate people with real information about spread, about positivity rates, and about risk so that they can make sensible decisions. Personal responsibility is not just about for self, but about responsibility to society and to the vulnerable. Let’s have that conversation. GPs can help with information at the practice and individual patient level, but ultimately, public health is a whole-of-population effort.

We need to get all testing reported, positive and negative, so epidemiologists can better model where we are and where we are going. We need a clear and unambiguous level of transmission risk signalling, so people understand the risks they may be exposed to or expose others to. And we need to rebrand masking as a life-saving act for other people – just like learning CPR or stopping our car at a crossing for a pedestrian.

We should also heed the pleading of the Director General of the World Health Organization (and here) and not abandon aggressive genomics, which helps to trace the evolution of this rapidly adapting virus. Given the rates of transmission in Australia, new variants may well emerge here, and we owe it to the world to identify and analyse them. And, most vitally, we need to flatten the curve so that our health care system can continue to function.

Dr Jillann Farmer is a Brisbane-based GP and former Medical Director of the United Nations.

17 thoughts on “COVID-19: Time to put people ahead of politics”