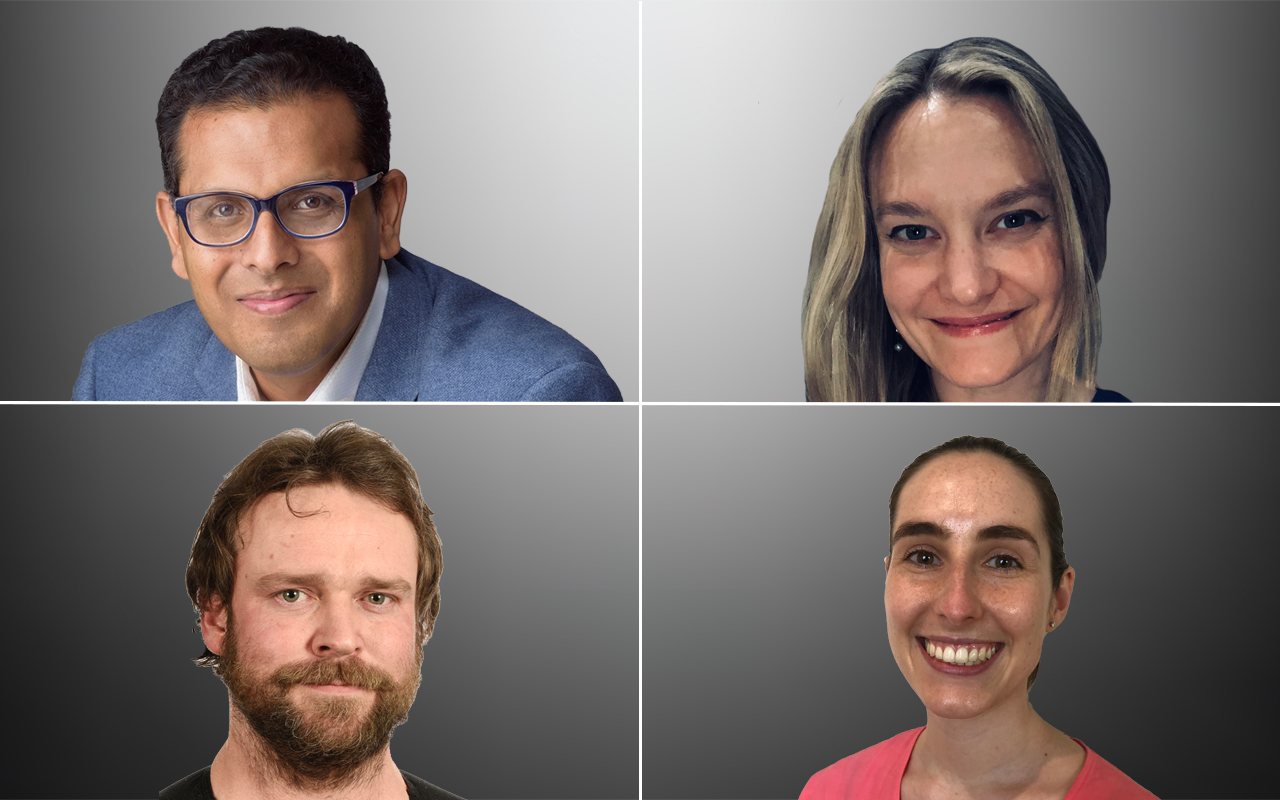 This article is an update to Kevat and colleagues Ethics and Law paper published by the MJA on 5 July 2021.

FOLLOWING a National Cabinet meeting on 28 June 2021, Prime Minister Scott Morrison announced that vaccination against COVID-19 will be mandatory for aged care workers, with all workers to receive at least one vaccination by September.  No further details have been released in the following week.

Significant legal and ethical pitfalls await. Indeed, like the vaccination rollout, it would be unsurprising if the timeline for implementation is protracted.

The federal government may not have power to pass a national law to make vaccination mandatory for a particular group of workers. Section 51 of the Australian Constitution designates that health is a state government responsibility.

Existing state and territory public health Acts vary in their wording. Western Australia and Victoria have wording that is most permissive to mandatory vaccination programs, with Victoria additionally passing the prescient Health Services Amendment (Mandatory Vaccination of Healthcare Workers) Act 2020 (Vic). Public health orders in other jurisdictions would be on more dubious footing, and may be subject to successful legal challenge. New laws would be the safest legal route but are unlikely to pass through state and territory legislatures by September.

The nation’s Biosecurity Act 2015 (Cth) is an uncertain mechanism to be used for the purpose of widespread mandatory vaccination. It is broadly worded but largely untested in this regard. It allows for Health Ministerial determinations to require certain behaviours or practices to be taken by specified classes of persons. Whether “requiring certain behaviours or practice” could be extended to mandatory vaccination is unclear, and potentially subject to challenge. Under section 92, an individual may be required by a human biosecurity control order to receive a specified vaccination. Such an order requires that the individual is symptomatic of a listed disease or has been exposed to a listed disease. Section 94 states vaccination should be carried out with usual medical and professional standards. This would arguably include a weighing up of individual risks and benefits, rather than a mere application of blanket policy.

Under the principles of employment law, mandatory vaccination would only be legally permissible where an employer contends that vaccination is an inherent requirement of the role, and this is found to be a lawful and reasonable direction. Recent Fair Work Commission decisions suggest dismissal for refusing vaccination is unlikely to be found to be unfair, except if vaccination refusal was due to a medical reason.

Employers may be understandably reluctant to test the waters with such directions, especially without any government protection such as indemnity for vaccine adverse effects. New South Wales is considering indemnity legislation but it has yet to be passed.

While some countries have strong explicit defences for religious and political beliefs which would conflict with mandatory vaccination policies, legal protections in Australia are much more limited. While “the Commonwealth shall not make any law … prohibiting the free exercise of any religion” (Australian Constitution, section 116), the High Court has consistently interpreted the wording of this provision narrowly.

In Adelaide Company of Jehovah’s Witnesses Incorporated v The Commonwealth, Latham CJ noted that without the protection of society, liberty would be “meaningless and ineffective” and that courts should determine whether a law “protect[s] the existence of the community”.

More recently, a majority of judges emphasised a law would only be invalidated by section 116 if its” “purpose” was to prevent the free exercise of religion; if the adverse effect on religious freedom was an ancillary effect, the legislation would remain valid.

The High Court recognises an implied right to freedom of political communication. While this may protect expression of anti-vaccination views, it is unlikely to invalidate regulations enacting compulsory vaccination.

Victoria, Queensland and the Australian Capital Territory have legislated human rights instruments. These contain provisions regarding “freedom of conscience, religion and belief” as well as the “right to liberty and security of person”. However, most instruments also contain clauses and mechanisms whereby such freedoms may be limited or overridden if the relevant legislative assembly intends to achieve another objective, such as the protection of public health (via the least restrictive method). For example, although freedom of belief may be undermined by a policy of compulsory vaccination of aged care workers, it could be argued that the policy is the least restrictive method of achieving a public health outcome, and is thus compatible with the human rights instrument. A night-time curfew between 9 pm and 5 am in during the 2020 lockdown in Victoria was found to not contravene the Human Rights Charter.

Before a mandatory vaccination scheme can be enacted there must be adequate vaccine availability and a regulatory framework to allow a timely and safe rollout. There is a potential for tension between a push for mandatory vaccination and high ethical standards of individualised medical care.

Throughout the first half of 2021, vaccine supply has been a challenge. The current recommendations from ATAGI are for the Pfizer mRNA vaccination to be administered to those less than 60 years of age. Individuals in this age group should not be placed under pressure to take, for example, the AstraZeneca vaccine. Those with possible medical reasons to not be vaccinated should receive independent medical evaluation by appropriately qualified doctors. It is important to ensure there is clear and up-to-date information available to individuals about the different vaccines, including vaccine efficacy data, and what vaccination is recommended for them.

The initial roll out of COVID-19 vaccination for aged care workers lacked organisation and clear regulatory oversight. Prior to June 2021 aged care providers were not required to report how many staff had been vaccinated, making it difficult to track and consolidate the vaccination of this group. Aged care workers could be vaccinated at work, mass vaccination clinics or GP clinics; however, the worker’s occupation was not always recorded at the time of vaccination. Additionally, some private companies contracted to vaccinate residents at aged care homes state that they were not contracted to vaccinate workers, while others only gave workers surplus doses. Where aged care workers were given surplus vaccines, some then had difficulty accessing their second vaccine dose; in some cases this was further compounded by a lack of documentation of their initial vaccination.

GPs may be best placed to counsel individuals and deliver vaccination. If doctors providing counselling are employed by companies contracted for vaccination rollout, then an appropriate framework should be in place that protects the primacy of the doctor-patient relationship and does not incentivise the number of vaccinations administered.

Unintended consequences of mandatory vaccination policy may adversely affect women. Almost 90% of the aged care workforce is female, with approximately one-third of these women being of childbearing age. Those contemplating pregnancy or in the first trimester may be reluctant to get vaccinated or reveal their plans or status in the context of fears of workplace discrimination. While ATAGI has recently recommended vaccination in pregnancy, women may understandably be hesitant to be administered a new type of vaccine. The Royal Australian and New Zealand College of Obstetricians and Gynaecologists’ advice is that pregnant women be routinely offered the Pfizer vaccine. Protections should be put in place to ensure that women’s confidentiality and employment is respected.

Currently, a worker is not generally entitled to have paid time off to be vaccinated and must either be vaccinated during work hours with the consent of the employer or arrange vaccination outside of working hours. One employer, Wesfarmers, has recently decided to allow 6 hours’ paid leave for vaccination by CEO directive. COVID-19 vaccinations are associated with side effects such as chills, fever and myalgias which usually occur in the first 24 hours following vaccination. Most people are able to attend work the next day but some people may be too unwell to work. If a person is too unwell to work post-vaccination then they are entitled to sick leave, although this is currently not available to casual employees or contractors.

Governments should consider funding a vaccination special leave to allow people to take leave to be vaccinated and also to cover any time off due to vaccine side effects. A national insurance scheme to cover any adverse effects from vaccination should be considered – the heavier the hand of government in directing citizens, the greater the ethical obligation to provide support.

There is much work to be done.

Dr Dev Kevat works as a physician at Monash Health and Western Health and law tutor at Monash University. He has a Master’s Degree in Public Health from Oxford University.

Dr Patrick Mahar OAM is a law and business graduate and a specialist dermatologist at the Royal Children’s Hospital Melbourne. He is a Director of the Skin Health Institute in Melbourne.

Dr Danielle Panaccio is an advanced trainee in general medicine at St Vincent’s Hospital Melbourne. She has been admitted to the Supreme Court of Victoria as lawyer.

Mandatory vaccination of RACF workers is not only justified, it is long overdue