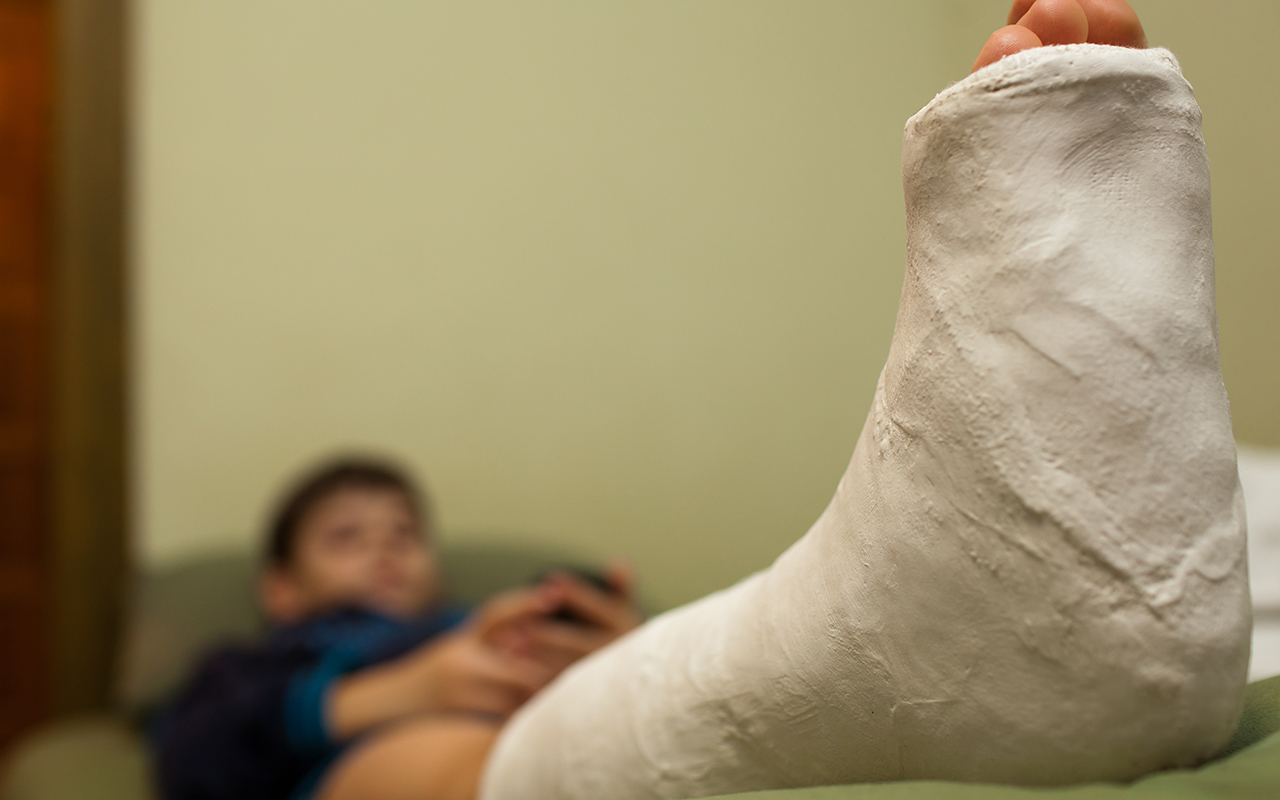 Light shed on role of protein in childhood fracture repair

Orthopaedic researchers are one step closer to preventing life-long arm and leg deformities from childhood fractures that do not heal properly. Research led by the University of South Australia and published in Bone sheds light on the role that a protein plays in this process. Because children’s bones are still growing, an injury to the growth plate can lead to a limb in a shortened position compared with the unaffected side. Instead of the cartilage tissue regenerating, bone tissue lodges in and around the injury site, causing different limb lengths and angulations. The researchers used a rat model to investigate the role of a protein called bone morphogenetic protein (BMP). Scientists are aware of the importance of BMP in bone development and normal bone fracture healing, but little is known about its role in growth plate repair. The researchers found that levels of BMP were greater at the injured growth plate, and that inhibiting BMP suppressed growth plate bony repair and prevented degeneration of the surrounding uninjured region. This finding could be the first step in creating a biological treatment in place of correcting deformities by surgery, which can be complicated, extremely invasive and often ineffective.

Although roll-your-own (RYO) loose tobacco is increasingly popular among smokers, no jurisdictions have used RYO-specific pictorial warning labels (PWL) on tobacco packaging. Researchers from the University of Otago explored how New Zealand RYO smokers, a population with over 10 years of exposure to PWLs, reacted to RYO-specific warnings featuring novel themes. In an online survey of 785 RYO smokers, participants randomly viewed two of eight RYO-specific PWLs featuring themes of health information (mouth and throat cancer), suffering (male and female), toxins, material hardship, cost, family transmission of smoking and harm to pets, then answered items assessing negative emotions and perceived effectiveness. Compared with a reference health information PWL (most similar in content and tone to New Zealand’s existing PWLs), only a male suffering PWL elicited both significantly stronger negative emotion and higher perceived effectiveness. No themes performed significantly worse than the health information PWL, suggesting any of the themes could be at least as effective as existing health warnings among New Zealand RYO smokers. The individual-level factors consistently associated with negative emotion and perceived effectiveness were age, desire to quit smoking, believing quitting could reduce risk of serious disease, a quit attempt within the previous 6 months and ever-planning to quit. The researchers said their findings suggested that, in the New Zealand context, a PWL emphasising male suffering could be a useful starting point for assessing RYO-specific PWLs compared with general smoking warnings. The research was published in Drug and Alcohol Review.

Deforestation, certain types of reforestation and commercial palm plantations correlate with increasing outbreaks of infectious disease, according to research published in Frontiers in Veterinary Science. This study offers a global look at how changes in forest cover potentially contribute to vector-borne diseases, such as those carried by mosquitos and ticks, as well as zoonotic diseases,  such as COVID-19, which jumped from an animal species into humans. The expansion of palm oil plantations in particular corresponded to significant rises in vector-borne disease infections. The researchers looked at changes in forest cover around the world between 1990 and 2016. They then compared these results with the local population densities and outbreaks of vector-borne and zoonotic diseases. They also specifically looked at reforestation and afforestation, which included conversion of natural grasslands and abandonment of agricultural land. Several prior studies had claimed that both afforestation and palm oil plantations likely play a role in further spreading disease vectors. Confirming past hypotheses, they found that both deforestation and afforestation had significant correlations to disease outbreaks. They found a strong association between deforestation and epidemics (such as malaria and Ebola) in tropical countries like Brazil, Peru, Bolivia, the Democratic Republic of Congo, Cameroon, Indonesia, Myanmar and Malaysia. In contrast, temperate regions like the US, China and Europe showed clear links between afforestation activities and vector-borne diseases such as Lyme disease. These results suggest that careful forest management is a critical component in preventing future epidemics.