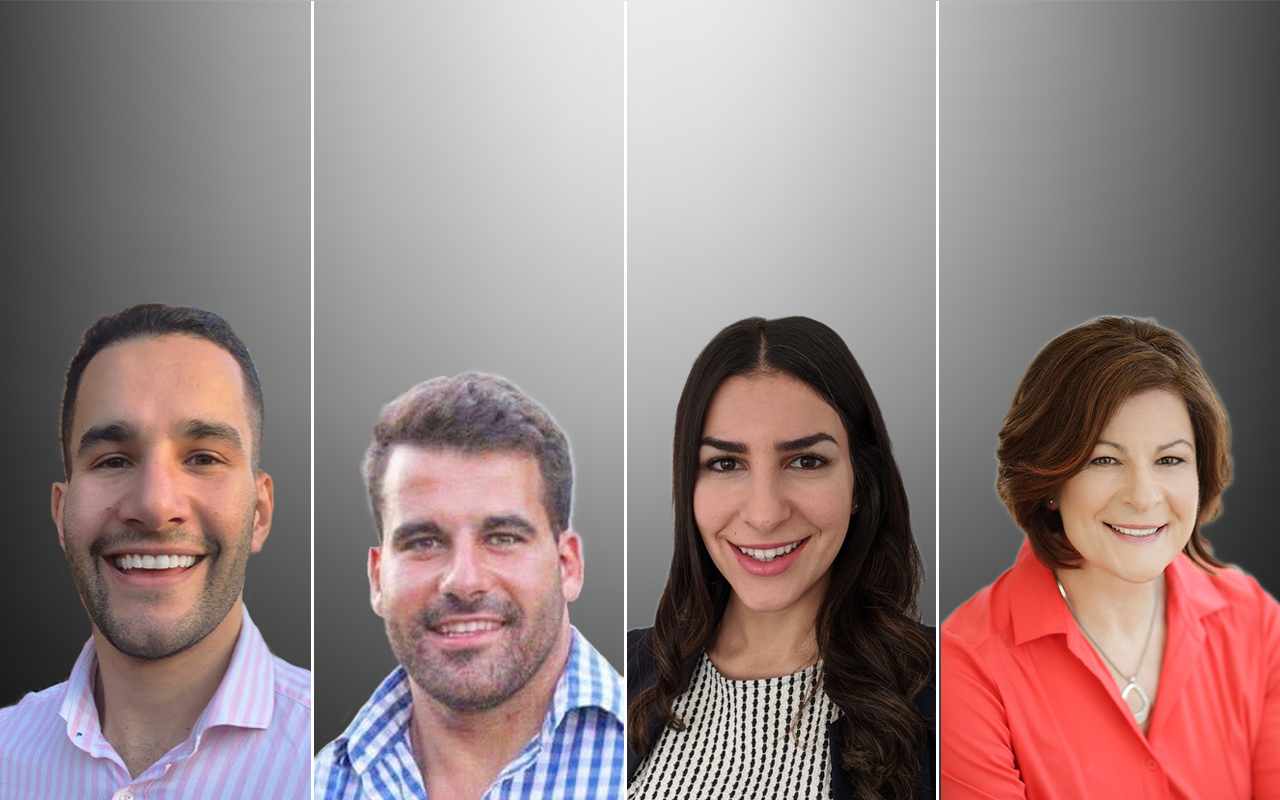 IN June 2020, we welcomed another successful iteration of the CrazySocks4Docs initiative, which sheds light on the often ignored issue of doctors’ wellbeing and mental health. As seen across social media, this year’s event was warmly received, with participation among the highest levels to date.

We know that much remains to be done to eradicate the stigma that restricts colleagues from speaking up and seeking help. Although use of the word “epidemic” may seem trite in the current climate, few other terms can adequately communicate the rate and scale at which mental illness and suicide befall the medical profession, with junior doctors seemingly at most risk.

Recent statistics show that one in five medical students has reported instances of suicidal ideation over the past 12 months and that 50% of junior doctors have experienced moderate to high levels of distress. Female doctors commit suicide 2.27 times more often than the general population, with rates among male doctors slightly lower at 1.41 times more often. The multifactorial nature of these problems has been studied elsewhere, yet many contributing factors, such as long working hours, remain unaddressed. In fact, recent data suggest that one in four Australian junior doctors worked over 55 hours per week, making them twice as likely to report suicidal ideation and common mental health disorders.

These numbers are damning.

Several innovative solutions have been offered that target the individual, institutional and cultural factors that influence the poor mental health outcomes of doctors. These include the adoption of mandatory wellbeing programs and improved workforce planning to minimise overwork and burnout, as well as resolving the growing bottleneck at the advanced training level. Such initiatives are both timely and necessary.

It is our view that in addition to these inwardly directed proposals, success of these initiatives will depend on engagement with the broader public as well.

It is difficult to infer how aware patients are of our medical mental health crisis. While this specifically appears inadequately studied, we do know that patients value physician traits such as confidence, empathy and compassion – attributes that are shown to be diminished by burnout and other adverse mental health outcomes.

If social media can, under advisement, be used as a barometer of public sentiment, news stories concerning the now historic levels of distress among doctors are often met with limited sympathy for the profession. “They’re paid well enough” and “At least they have a job” are not infrequently encountered reactions.

This seems, superficially at least, attributable to public perceptions of the privilege that comes with a medical career. There are undoubtedly many benefits of being a doctor, and, perhaps now more than ever, may we truly appreciate them: robust job security, higher-than-average remuneration rates, and personal prestige, to name a few. Indeed, a medical career is often referred to as a calling, imbued with a richness and sense of fulfillment, that few other careers can provide. Despite this, we also know that we operate in some of the most stressful, hierarchical and increasingly competitive working environments, coupled with a professional culture that is notoriously unforgiving of an expressed inability to cope.

We must therefore confront this question: how can we hope to reform perceptions of mental health within the profession if the public are either unaware or unsympathetic to the scale of the problem?

We contend that our patients have a critical role to play in helping the medical profession modernise its approach to mental health, and they must be invited to participate in this cultural reformation, not only for their doctors’ sake but also for the betterment of the care they receive.

Their participation could be achieved as simply as normalising a colleague’s absence when they avail themselves of a mental health day or as by displaying in practice waiting rooms posters addressing doctors’ wellbeing. If a patient observes belittling or bullying behaviour at their bedside, particularly when carried out under the auspices of teaching, they should be made aware of the means by which they might lodge a complaint. By involving our patients in this way, we demonstrate a genuine commitment to eradicating the pedagogy of intimidation that contributes to negative outcomes for both doctor and patient alike.

In addition to direct patient involvement, we as a profession must capitalise on opportunities to discuss our mental health outcomes in the public domain – such as this episode of SBS Insight. With an awareness of the problem, an informed patient population might then assist in lobbying state and federal legislators on behalf of their health care providers. This might improve the mental health outcomes we have historically been loath to confront. Whatever the means of doing so, we must partner with our patients to chip away at the edifice of the infallible doctor and engage in more authentic discussions concerning mental health in medicine.

While we have all confronted related tragedies in previous years, our patients might not be as familiar with the extent of our mental health shame. Despite a lack of contemporary media coverage, a story is known to each of us: a name, a face, a friend. With each dreadful statistic, we reflect on what we still have to achieve before our colleagues feel safe enough to seek help. In recent times, we have become far too practised at this.

Recently, ourselves and fellow alumni of the University of Queensland were united in grief following the tragic and untimely loss of a peer who, like us, was embarking upon the start of their medical career. The senselessness of this loss was compounded by the fact that this was by no means an isolated case. But is the public aware of the extent of our mental health plight?

At least internally, it is a well documented irony that our profession, which teaches its members to care for others, is rather inept at recognising and supporting qualified doctors and medical students who may be burdened with anxiety, depression, substance misuse, family conflict and a range of other circumstances that negatively affect their mental wellbeing. Unfortunately, the medical fraternity has a lamentable record when it comes to dealing with these issues among its own ranks – a phenomenon perpetuated by many factors. For example, unsophisticated mandatory reporting laws that remain operational across several states dissuade many clinicians from seeking help. As a result, vulnerable doctors report feeling apprehensive that divulging their concerns to another professional might jeopardise their capacity to practise.

It should be noted that recent changes to the reporting laws have involved raising the threshold for reporting. It is hoped that this change in the laws will address the barriers to seeking help by doctors who have mental health concerns.

Beyond this, the culture of medicine further restricts doctors from accessing available supports. Collective perceptions of weakness are particularly entrenched throughout the medical workforce. Junior doctors in particular, report constantly encountering this ethos on the wards. The Sisyphean task of delivering exceptional health care teaches us to simply get on with the job, sometimes in suboptimal conditions and with inadequate provisions; after all, to complain would be an affront to previous generations who did it tougher. Likewise, when colleagues comment on their working hours or the nature of the work that is demanded of them, they do so knowing that they risk being labelled weak and ill-suited to the job.

This perception is unfortunately prevalent in today’s profession; Beyondblue found that 40% of doctors judged peers with mental health concerns as less competent. With the relative dearth of advanced training positions on offer, it is understandable then that trainees fear that voicing their concerns will attract unwarranted attention, and jeopardise their chances of pursuing their chosen specialty career. As doctors appear so quick to judge their own colleagues, perhaps we require the tempering influence of a slightly more peripheral stakeholder – our patients – in order to steer our profession in a more compassionate direction.

While the individual contributors to our mental health epidemic are subject to much conjecture by professional and political bodies, we doctors are perhaps in more control of our collective destiny than we think. The enthusiasm and vivacity that accompanied us onto the wards as interns must be used to animate the discussion that previous generations in the profession have been unwilling or unable to have. Initiatives such as CrazySocks4Docs provide a fantastic opportunity to motivate authentic and productive dialogue around mental health, and though we recognise that this discussion must start between us as colleagues, we also know that it can only be sustained with the interest of our patients.

Dr Christopher Erian and Dr Michael Erian are twin brothers, who are both resident medical officers from Brisbane, with a keen interest in surgery and doctors’ wellbeing.

Dr Anna Tanios is an anaesthetics registrar and a passionate advocate for doctor’s wellbeing. She established a mentoring program after the loss of a colleague, and continues to mentor junior doctors especially with speciality selection.

Dr Glenda McLaren is a Senior Lecturer at the University of Queensland and Consultant Obstetrician and Gynaecologist with an interest in wellbeing and a holistic approach to health care.