In this together? Time for doctors to strive for social justice 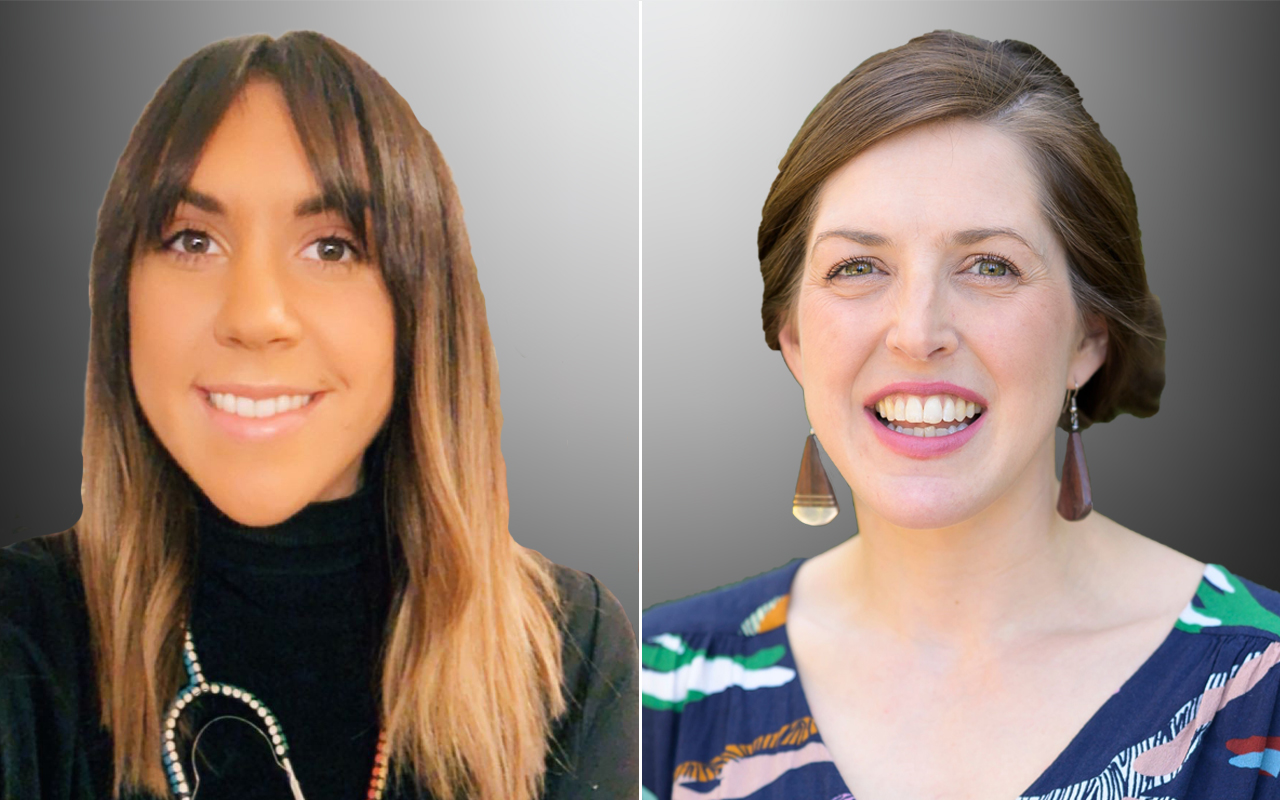 IT has been a tough year so far and the word “unprecedented” has become part of our daily vernacular in 2020.

Unprecedented bushfires, an unprecedented global pandemic, and now unprecedented protests against systemic racism and police violence are occurring worldwide. It is only June and so far we have watched over 17 million hectares of bushland burn across Australia, watched in fear as a new virus has crippled health, social and economic systems around the globe, and now we are hearing, re-living and mourning the story of yet another Black death in custody.

The notion of “being in this together” has become a common catchcry to rally the community through weathering these events. In January, our Prime Minister Scott Morrison told us that “Australia was coming together” in responding to the bushfires. In Victoria, during the COVID-19 pandemic we have been told that “Staying apart, keeps us together”.

Coincidentally, “in this together” was the theme for this year’s National Reconciliation Week which ended earlier this month. Reconciliation Week’s organising committee decided on promoting “togetherness” well before the 2020 rollercoaster we are on even began. Given this common thread of togetherness and in light of the Black Lives Matter protests, it is important for us to reflect – are we truly in this together?

Every year, Reconciliation Week occurs between 27 May and 3 June and is led by Reconciliation Australia. The annual themes are chosen with intention – to act as a conversation starter and to set the tone for the week. In 2019, the theme of truth telling was inspired by the Uluru Statement from the Heart and encouraged all Australians to speak truths about the history of our country and what needed to be done moving forward.

This year’s “in this together” theme was meant to see truth telling transform into actions and spark real change to truly achieve unity. Unfortunately, just like the unexpected disruptions from the COVID-19 crisis, things didn’t seem to go to plan with this year’s theme.

In the same week that we were meant to be “in this together”, major mining company Rio Tinto destroyed a 46 000-year-old significant Aboriginal site in the Western Pilbara region in WA. The site is significant not only to the cultures and connection to land for the Puutu Kunti Kurama and Pinikura peoples, and First Nations people more widely, but a significant historical site that dated back to the ice ages (here, and here).

Rio Tinto boasts an Elevate Reconciliation Action Plan (RAP) (the highest level – for organisations that have a proven track record of embedding effective RAP initiatives in their organisation) and prides itself on employing many First Nations people. Rio Tinto’s chief executive immediately apologised, not for the destruction however, only for the “distress it had caused”. This was the final blow for Reconciliation Australia, who stated that the destruction of this immensely important Aboriginal site was a “breathtaking breach of a respectful relationship” and as such chose to revoke their endorsement of Rio Tinto and suspend the company from the RAP program. This incident highlights the importance of reconciliation programs genuinely incorporating First Nations values and centring Indigenous sovereignty and self-determination.

During this same week, the voices of protesters fighting for George Floyd’s justice and for Black Lives Matter across the US, were amplified worldwide. Many Australians expressed empathy for another US Black death in custody, but were blind to the parallels between this case and the hundreds of Indigenous deaths in custody that have occurred in Australia. The hashtag #cometoAustralia was trending during Reconciliation Week, highlighting the ignorance of the situation in our own backyard. Perhaps in 2020, Australians have begun to realise that Reconciliation Week is much more than morning teas and polite conversations. Cupcakes don’t quite cut it and time for action is now. As Senator Pat Dodson said on Wednesday 10 June:

“For too long there have been nice words and good intentions, but the lack of action and commitment has not seen a reduction in deaths in custody; it’s seen an escalation in the social indicators that diminish First Nations people and diminish us as a nation.”

At the time of the protests in early June, there had been 432 deaths in custody recorded since the Royal Commission into Aboriginal Deaths in Custody concluded in 1991 and zero police convictions. The Australian protests have called for sweeping changes to the incarceration system, including increased accountability for those associated with it, predominantly police. Every state and territory in Australia held protests and marched in collective solidarity for the Black Lives Matter movement. They marched for action on Indigenous deaths in custody while also acknowledging the racism that continues for all people of colour in Australia. Despite this spotlight, there have been five new deaths in custody within the last week, bringing the total to 437.

These protests also coincided with ongoing COVID-19 restrictions on large gatherings which created a lot of tension across the First Nations. With regard to the COVID-19 pandemic, it is important to note that First Nations communities have been instrumental in advocating for and protecting their communities from the threat of COVID-19. First Nations clinicians, public health practitioners and researchers took early and effective action to design culturally safe and appropriate pandemic preparedness and response plans for communities. This involved a suite of responses including legislative changes to limit non-essential travel by visitors to remote communities and identification of Aboriginal and Torres Strait Islander people as a priority group in the COVID-19 response. It included health service planning, working closely with the Aboriginal community controlled health sector to scale up COVID-19 testing, staff training and expansion of telehealth services. It also involved establishing rapid testing in remote communities and expanding testing sites, infrastructure planning to provide space for isolation and quarantine in communities where overcrowding exists, improved epidemiological surveillance of cases among First Nations peoples, and a collection of targeted health promotion and communication materials for First Nations communities.

Globally, public health professionals were criticised for being hypocrites if they supported the Black Lives Matter movement while also promoting public health action on COVID-19. The media have presented the COVID-19 pandemic and the Black Lives Matters protests as competing issues, yet individuals and organisations have been quick to quash these claims, recognising that racism is an underestimated health risk that we need to eradicate. Australia’s leading public health association released a timely statement and some organisations have followed suit, expressing their condemnation of racism and support of the Black Lives Matter movement (here, and here). Thousands of Australians have shown their solidarity through fundraising and messages on social media. However, in spreading these messages, it is critical that non-Indigenous Australians “don’t speak over or for First Nations people” but rather act to amplify Bla(c)k voices by listening and sharing. (Blak is a term commonly used by Indigenous Australians to distinguish from Black American and other Black cultures.) Given the indisputable link between racism and poor health outcomes (as we have discussed before) we hope to see further support and advocacy from many more leading health and medical organisations, such as the Australian Medical Association.

If we are truly going to be “in this together” then we need to have strong non-Indigenous allies who not only speak up on racism and systemic issues, but acknowledge and use the privilege they have to act and make change. This may be as simple as taking steps to learn more about Indigenous deaths in custody and how this relates to health care (here, here, here, and here). A more active approach could involve critiquing statements and advocating for changes to policies that are detrimental to the physical, social, mental and cultural health and wellbeing of First Nations people. Our leaders and politicians need to be accountable for their words and actions and with the wealth of resources and information available, particularly from First Nations scholars, there is no excuse for making comments which do not reflect Australia’s true history. Similarly, there is no excuse for awarding politicians with a Queen’s Birthday honour for (lack of) service to the Indigenous community – millions cut from Indigenous affairs, living in remote communities described as a “lifestyle choice”, an apology to the Stolen Generations deemed unnecessary, and more.

First Nations communities have long been doing the heavy lifting and it is time for non-Indigenous allies to step up. Earlier this year, Reconciliation Australia’s Chief Executive Officer, Karen Mundine, said that:

“Australia’s ability to move forward as a nation relies on individuals, organisations and communities coming together in the spirit of Reconciliation … when we come together to build mutual respect and understanding, we shape a better future for all Australians”

Mutual respect can only be built, of course, through actions and education of oneself as well as others.

The time for nice words and good intentions is over. We are at a critical turning point and we now more than ever need “activist doctors” – doctors who can not only provide evidence-based, high quality care at the bedside, but who strive for health justice, advocate for more equitable health policies and are willing to challenge harmful systemic issues like institutional racism. We need doctors who recognise that implicit racial bias in our health care system can and does cause harm. It is imperative that we work in a way that recognises the ongoing impact of wider systemic issues in our justice, education, health, employment and housing systems on health outcomes. We all need to speak out against racism and this includes within our own profession. We understand speaking out can be challenging but choosing not to is a luxury denied to First Nations people and other minority groups. Without these conversations we cannot and will not move forward.

In Lowitja O’Donoghue’s words: “Together, we can build a remarkable country, the envy of the rest of the world.”

Dr Ngaree Blow is a Yorta-Yorta and Noonuccal, Goreng-Goreng woman living on Wurundjeri country. She is currently working as the Director of First Nations Health for medical education at the University of Melbourne, as well as completing research in the Intergenerational health team at the Murdoch Children’s Research Institute. In 2020 she has been seconded to work with the COVID-19 response team in her capacity as a public health registrar in the Department of Health and Human Resources. In 2019 she was named one of the Australian Financial Review’s “100 Women of Influence”. Ngaree is a board member of the Australian Indigenous Doctors Association and has been involved in many First Nations health, research and education roles.

Dr Alyce Wilson is a Public Health Registrar and Research Fellow at the Burnet Institute working in global maternal and child health and nutrition. She is a medical doctor with additional expertise in public health, obstetrics and gynaecology and nutrition and dietetics. Alyce also works clinically at the Royal Women’s Hospital, Melbourne, and is a lecturer in the Melbourne Medical School at the University of Melbourne. Since February 2020 she has been assisting with the COVID-19 response at the Victorian Department of Health and Human Services.

23 thoughts on “In this together? Time for doctors to strive for social justice”