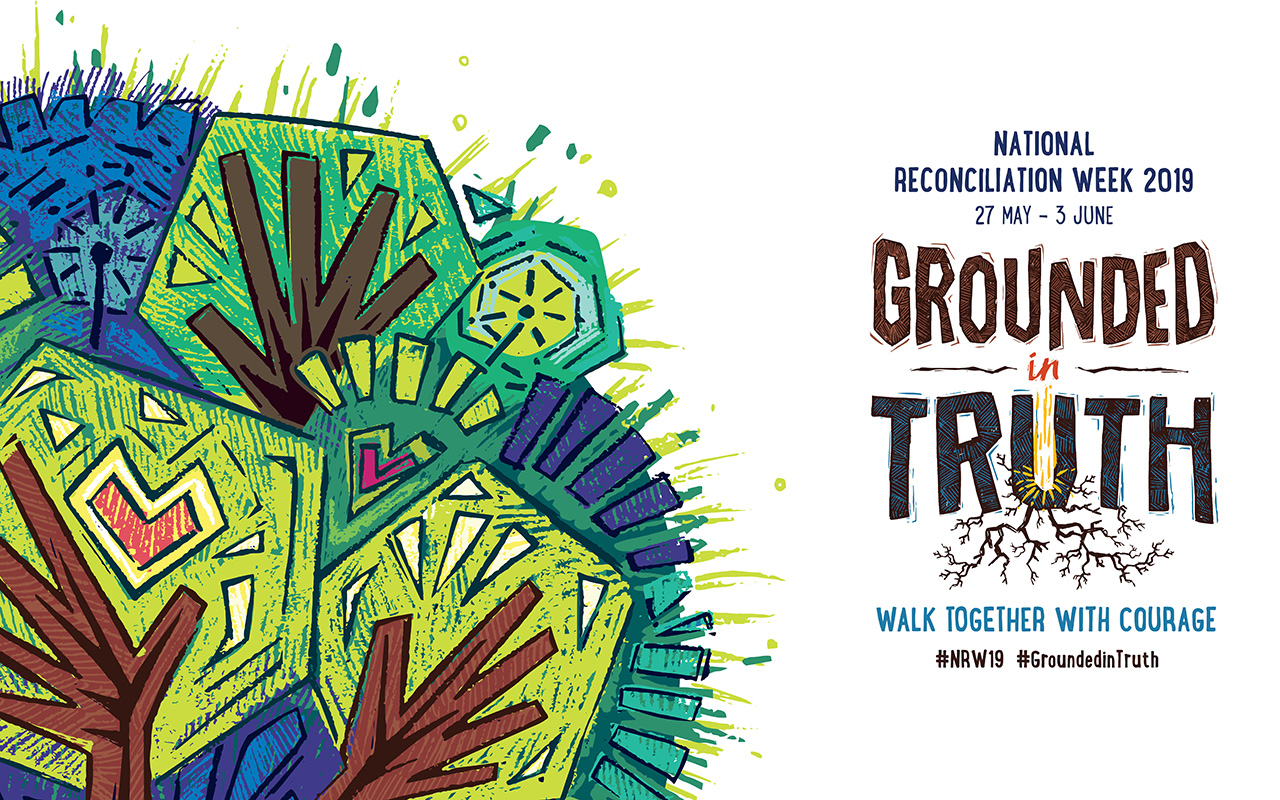 TODAY is the last day of National Reconciliation Week. The theme for 2019, “Grounded in truth: walk together with courage”, aims to bring attention to the fact that reconciliation efforts cannot be achieved unless Australians are willing to engage in challenging conversations about our nation’s colonial past and present. These conversations need to acknowledge the ongoing impact of colonisation and recognise that, for Aboriginal and Torres Strait Islander peoples, sovereignty has never been ceded.

In an act of reconciliation, we (a non-Indigenous doctor and an Indigenous doctor) collaborated to write a constructive piece about how non-Indigenous Australians can show respect, solidarity and better engage with Aboriginal and Torres Strait Islander peoples. While it is promising that many readers will take heed of these messages and resources, unfortunately, a handful of responses demonstrated that underinformed views remain among some members of the medical community. This only highlights the urgent need for truth-telling and its essential companion: listening.

When teaching First Nations Health to medical students, the term “cultural safety” is often misunderstood to mean teaching about “culture”, when in fact it is not about teaching culture at all, but instead about unpacking racism and bias. As Professor Gregory Phillips, a medical anthropologist, writes:

“… unless curricula specifically trains health professionals to unlearn their unconscious bias or racism, then they are less able to effectively learn about Aboriginal cultures and good health outcomes. Cultural safety is an essential part of clinical safety and patient safety, not something extra – one can’t be clinically safe if one is racist or unconsciously biased”

With the support of organisations such as the Leaders in Indigenous Medical Education (LIME) and in response to the Australian Medical Council standards for accreditation, all medical schools and medical specialty training colleges must demonstrate that teaching cultural safety, or cultural competency as defined above, is a core part of their curricula (here and here).

“… refers to the ways in which racist beliefs or values have been built into the operations of social institutions in such a way as to discriminate against, control and oppress various minority groups”

Incarceration rates are evidence of institutional racism. The interconnectedness of institutional racism and incarceration was exemplified by the tragic case of Ms Dhu. Ms Dhu was imprisoned for unpaid fines in Western Australia and 48 hours later died in custody, as a result of what the coroner described as “unprofessional and inhumane” handling by police and “deficient” care from hospital staff. The coronial inquest found that police and hospital staff had been influenced by prejudiced ideas about Aboriginal people. A medical expert, Professor Sandra Thompson, explained that if Ms Dhu had been a middle-class white person, “there would have been much more effort made to understand what was going on with that person’s pain. So that’s what institutional racism represents”. Ms Dhu’s death in 2014 amplified calls to honour the 339 recommendations of the 1991 Royal Commission into Aboriginal Deaths in Custody, one of which was an end to issuing arrest warrants for unpaid fines. This recommendation is yet to be enacted in all Australian states and territories.

Attitudes towards Australia’s black history that consider cultural and physical genocide to be a myth are unfortunately not uncommon in modern Australia. This speaks to a bigger issue about the lack of First Nations history in our education system from primary school, throughout tertiary education and beyond (here, here, here and here). There are multiple sources of evidence to debunk “myths” surrounding the occurrence of genocide, including countless oral histories from the stolen generations (here and here) and further testimonials from the original settlers as evidenced in their journals (here and here). When these sources of evidence were not considered proof enough and research became privileged as the most credible body of knowledge, numerous works have been written to detail our nations’ true history (here, here, here, here, here and here). In a visual display of the atrocities of the frontier wars, an Australian academic is working to systematically map out all the massacres that took place — events that are often omitted between stories of bush rangers and gold rushes.

Not only are challenging truths often denied, other tactics may be used to quiet potentially uncomfortable discussions. We wonder if male doctors would be advised to “stick to their knitting” as we were in response to our last article? The use of belittling claims which attack one’s integrity are unfortunately well known silencing mechanisms in public discourse around Indigenous issues. As doctors, with experience in medical education and Aboriginal and Torres Strait Islander health, our views are salient and should not be dismissed as uninformed, incorrect or irrelevant. These sorts of comments are a reflection of the privilege that manifests as superiority, when others assert that they know more about our areas of expertise or experience than we do.

These attitudes were also demonstrated recently by a response from a college CEO, who discounted and disputed an Indigenous doctor’s writing about their exposure to racism in the health system and during their specialty training program. Dr Kristopher Rallah-Baker, Australia’s first Indigenous ophthalmologist and the current president of the Australia Indigenous Doctors’ Association, described how he had experienced several instances of overt racism, often from superiors. Dr Rallah-Baker further reported how he believed racism and a lack of cultural safety has affected recruitment of Indigenous trainees into medical specialty training colleges. The dismissive response to Rallah-Baker’s article prompted a letter of support for Rallah-Baker from a wide group of health professionals, academics and members of Aboriginal and Torres Strait Islander communities and health services. A number of discussions ensued, resulting in the Royal Australian and New Zealand College of Ophthalmologists (RANZCO) and Rallah-Baker subsequently releasing a joint statement, with RANZCO committing to:

A true demonstration of reconciliation.

There is an urgent need for truth-telling about Australia’s colonial past and its impact on Aboriginal and Torres Strait Islander peoples’ present. We are encouraged by other readers who not only rejected negative comments, but were willing to call out these “antiquated” and “deeply held racist views”. People inherently dislike being called racist. However, racism only exists as a negative label if people fail to use it as an opportunity to self-reflect on their values and prejudice, and how these may influence their patient interactions and the wider health system.

The need for truth-telling in Aboriginal and Torres Strait Islander discourse carries on, and NAIDOC week continues the campaign with the theme “voice, treaty, truth”. It is not expected that this article will change years of entrenched racism; however, we must walk together with courage to tell the truth. Whether an individual wants to acknowledge the presence and negative influence of racism or walk past it, it is undeniable that health outcomes are inextricably worsened by racism.

Medical professionals are key stakeholders in the health system and need to take a leadership role in truth-telling by acknowledging the ongoing impact of Australia’s colonial past, striving to be culturally safe and demonstrating understanding, kindness and compassion. We as a medical community must work together to improve health outcomes, especially for Aboriginal and Torres Strait Islander peoples, and ensure that we do not let our own personal biases colour the care we provide.

We respectfully acknowledge the Traditional Owners and Custodians of the Country on which we are fortunate to work, live and continue to learn on. We also pay respects to all the Ancestors past, Elders present and influential First Nations Peoples with us today that have walked with courage and spoken truths before us. We are guided by their wisdom and inspired by their resilience in communciating this message.

Dr Alyce Wilson is a public health registrar at the Burnet Institute working in global maternal, child health and nutrition. Alyce has practical clinical and public health program experience working reciprocally with Aboriginal and Torres Strait Islander communities in Victoria, Cape York, the Torres Strait and the Northern Territory. She holds an appointment as a lecturer in First Nations’ Health and nutrition within the Department of Medical Education at the University of Melbourne.

Dr Ngaree Blow is a Yorta-Yorta, Noonuccal woman and doctor. She is currently working as the Director in First Nations’ Health at the University of Melbourne, as well as completing research in the intergenerational health team at the Murdoch Children’s Research Institute. She completed both her Masters of Public Health and the Doctor of Medicine degrees concurrently and has a keen interest in public health and paediatric medicine. She has been a member of the Australian Indigenous Doctors Association since 2011 and has been involved in many First Nations health and education roles.

11 thoughts on “Truth-telling fundamental to reconciliation”