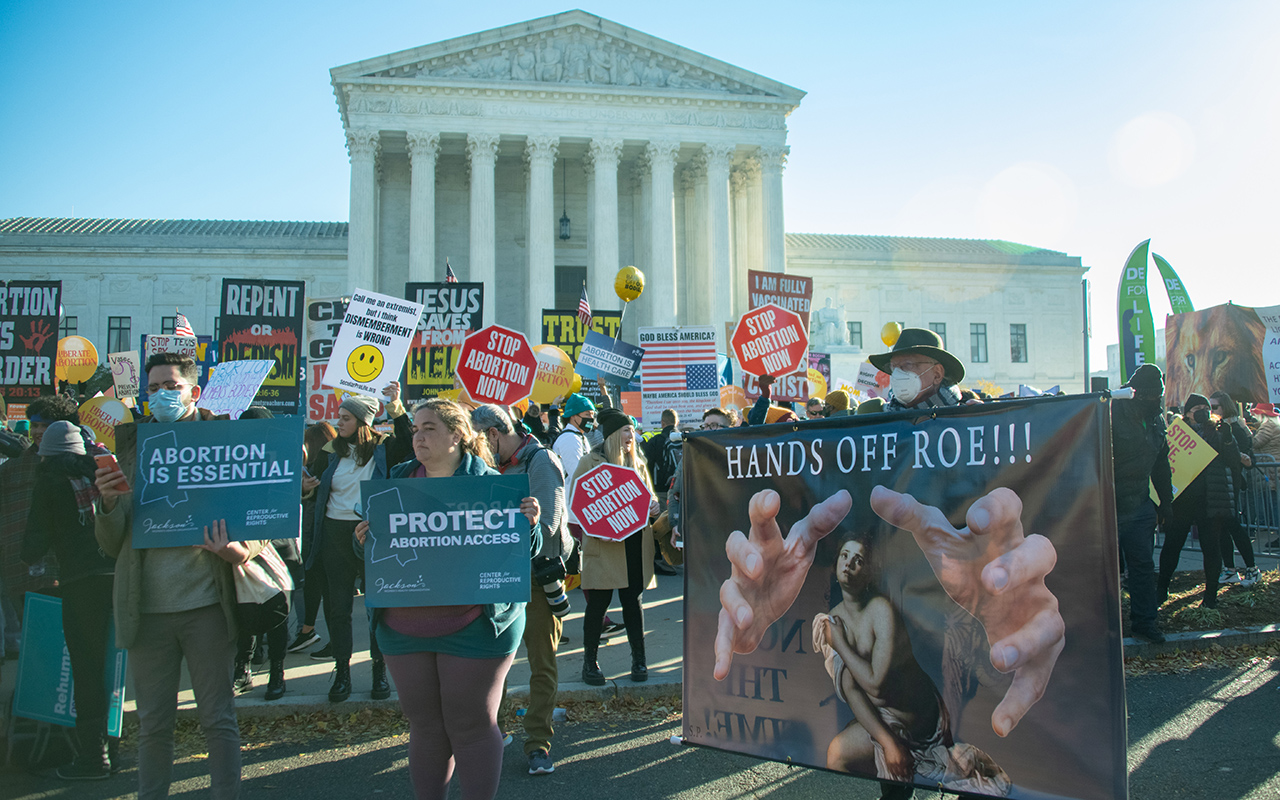 What the overturn of Roe v Wade will mean for Australians

THE US Supreme Court is very likely to overturn the landmark Roe v Wade pro-choice decision which has guided women’s reproductive rights since 22 January 1973. But what will that mean for Australians seeking an abortion?

The answer is complex and contested, but Australians would be remiss to be too complacent or to underestimate the impact of such a decision, say experts.

“This is a very real concern,” said Dr Tania Penovic, a Senior Lecturer research program group leader in gender and sexuality for the Castan Centre for Human Rights Law at Monash University.

“Our situation  is very different from the US but we must not be numbed into complacency.

“Although abortion has been largely decriminalised in Australia, the politicisation of abortion in the US has not left Australia untouched.

“We see this process in the US where the politicisation of abortion by the Christian right started in the 1970s, and it’s reaching a peak now. And who pays the price? Pregnant people and the most vulnerable and disadvantaged in the community, those who experience intersectional discrimination and disadvantage.”

Dr Penovic cited several instances of US anti-choice influence in Australia, including a speaking tour visit by Monsignor Philip Reilly, founder of the Helpers of God’s Precious Infants group; in 2015, Right to Life Australia invited anti-abortion activist Troy Newman of Operation Rescue for a national lecture tour; US anti-abortion activists lobbied South Australian MPs in person when that state’s decriminalisation bill was going through parliament recently.

“Anti-abortionists take the view that this is just the start and will seek to stigmatise abortion further and make it seem like the most heinous act imaginable,” she told InSight+.

“The influence of those activists is palpable. We are not overreacting. If anything, we are a little bit too comfortable. Reproductive rights are hard fought in Australia, and we need to ensure that they are protected.”

Professor Danielle Mazza, the Director of SPHERE, the National Health and Medical Research Council Centre of Research Excellence in women’s sexual and reproductive health in primary care, told InSight+ the current state of the SCOTUS ruling was “confronting”.

“People have forgotten what happens when abortion is criminalised,” she said.

“Abortions don’t stop happening just because they are illegal. They just become backyard, unsafe abortions with increased morbidity and mortality.

“The older generations of doctors can remember wards full of women with septic abortions. Women will go to any lengths to get an abortion if they need one, regardless of legality.”

Professor Mazza said the overturning of Roe v Wade and any knock-on effect in Australia would exacerbate the differential in access to abortion that already exists.

“The rich with networks will still be able to find what they need, and the poor won’t – they are the ones who will suffer.”

Professor Mazza was also concerned about the effect upon the reproductive health care workforce if abortion access was again limited in Australia.

“[The possibility of Roe v Wade being overturned] is very threatening to health care providers,” she said.

“We have already had a death in Australia of a security guard at an abortion clinic in Melbourne. These developments are very worrying and put at risk essential women’s health care services.”

Professor Caroline de Costa, from the Cairns Institute at James Cook University, was more optimistic about the resilience of Australian reproductive rights legislation.

“I do not see that any attempt at winding back the legislation or impeding the growing ease of accessibility to abortion care services is likely to be successful,” she wrote in an email to InSight+.

“Several recent studies of community opinion show that a majority of Australians support a woman’s right to choose an abortion; other recent studies also show that obstetricians and gynaecologists, midwives and medical students also support the right of women to safe legal abortion.”

Professor de Costa said a quote from Justice Samuel Alito in the leaked draft SCOTUS ruling was telling about the difference between the situation here and the one in the US.

“Interestingly, Alito is said to have written: ‘it is time to heed the [US] Constitution and return the issue of abortion to the people’s elected representatives’,” she wrote.

“In Australia our [national] constitution allows health issues to be legislated by state parliaments so we have actually done exactly that, and in every case, safe, accessible abortion, accessed with dignity and privacy has become the right of women thanks to our elected representatives.

“It’s worth noting also that all Australian jurisdictions now have legislation and/or regulations restricting protestors from harassing or interfering with women and their support people, and staff, who are entering premises where abortion services are provided.

“I believe the vast majority of Australians support these laws and are appalled by the kinds of scenes we have seen, and will no doubt continue to see, from the US.”

All three experts agreed vigilance was key to the continued resilience of Australian abortion laws.

“There may be blustering, lying, and false claims from some politicians (mostly but not always male) but I don’t think it will go far,” wrote Professor de Costa.

“That doesn’t mean that we don’t need to be vigilant in exposing false information and opposing any attempts anywhere in Australia to take away women’s basic rights in accessing reproductive healthcare.”