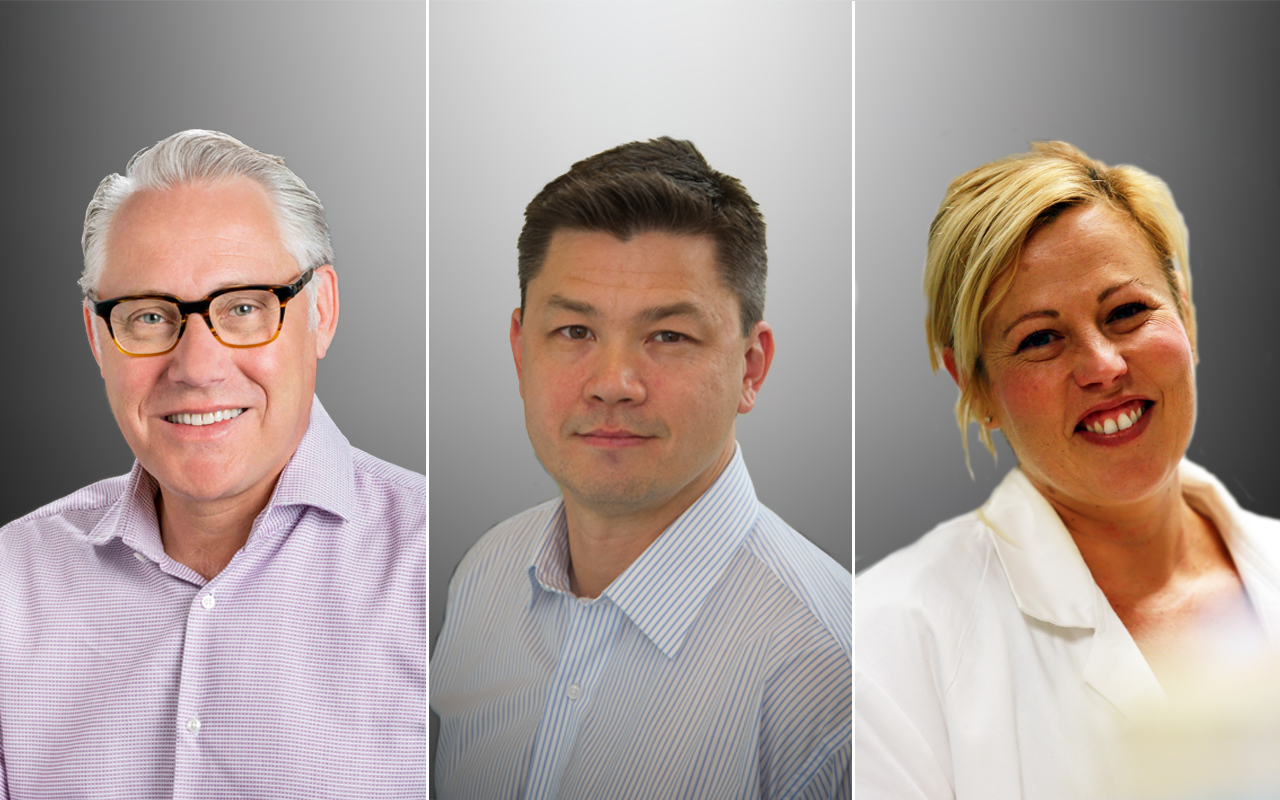 RECENT revelations of plagiarism by Australian sports neurologist Dr Paul McCrory (here, here, here and here) have sent shockwaves through professional sporting bodies internationally. As a leading member of the international Concussion in Sport Group (CISG) for over 20 years, Dr McCrory’s downfall has cast doubt over international consensus guidelines for the management of head injury in sport, and focused a bright light onto conflicts of interest in sports medicine within elite/professional sports.

Along with other CISG colleagues, McCrory has long been dismissive of the link between sports-related concussion and the neurodegenerative disease known as chronic traumatic encephalopathy (CTE), claiming publicly that the American National Football League’s payment of hundreds of millions of dollars in compensation to former players living with the long term effects of repetitive head injuries was merely “all the carry on and hoo-ha you get from the United States”.

But this is a global issue, where there is much at stake, and Australia is not immune. Earlier this year, we published the results from the first 21 brain donations to the Australian Sports Brain Bank (ASBB). CTE was the most common neurodegenerative pathology in this cohort, with over half (12/21) of donors harbouring CTE. It is no longer possible to claim that CTE is not a problem for Australian contact sports. Currently, Australia’s international reputation in regard to CTE could arguably be likened to our international reputation in acknowledging and acting on climate change.

In 1994, the Royal College of Physicians of Australia stated in the National Health and Medical Research Council’s report Boxing injuries that:

“There is overwhelming evidence that the cumulative effects of repeated cerebral injuries observed in boxers can eventually lead to a syndrome of progressive intellectual impairment and motor system failure … This condition has been observed and described clinically so frequently that it is part of standard texts of neurology, neurosurgery and medicine.”

“the link between sport-related concussion and CTE remains tenuous.”

This sentiment on CTE mirrors that presented in the CISG’s international consensus statement, which states:

“… that repeated concussion or subconcussive impacts cause CTE remains unknown.”

CTE is a progressive degenerative brain disease very strongly linked to exposure to repetitive head injury. It is associated with changes in personality, mood and behaviour, impulsivity, difficulties with memory and thinking, and in some cases difficulty with movement. To date, it is only able to be diagnosed by examination of the brain at autopsy.

Although CTE was first described in boxers, where it was initially called “punch drunk” or “dementia pugilistica”, in the past 20 years CTE has been identified in a wide range of professional and non-professional contact sportspeople, including ex-players of American football, hockey, football (soccer), rugby union, rugby league, and Australian rules football. CTE has also been identified in some non-sportspeople, almost all of whom had a history of repetitive head injury for other reasons, such as poorly controlled epilepsy or military service.

Why has our understanding of this particular field of medicine seemingly gone backwards over time, while almost all other fields have made positive progress in understanding and treating disease?

One possible reason is the enormous influence of the international CISG, who have repeatedly questioned the quality of evidence around repetitive head injury and long term neurodegeneration for most of the 21st century. Professor McCrory’s plagiarism has drawn international attention to the group and the issue of corporate sporting money and conflicts of interest in concussion research.

We all understand the problems that might arise when companies fund doctors or scientists to research their products or produce guidelines relating to those products. That is why most Australian universities and public health services ban funding from tobacco companies, and why there are strict regulations on doctors’ dealing with drug companies; there is a risk that a person’s professional judgement or actions will be unduly influenced by perceived or real financial or other gains, either consciously or subconsciously. Even though this would seem obvious when applied to tobacco or drug companies, what many may not realise is that the enormous financial and societal power of professional sporting organisations also represents a potent source of conflicts of interest.

A recent blog by Dr Chris Nowinski, the head of the Concussion Legacy Foundation in the US, has pointed out that the CISG is sponsored by World Rugby, FIFA, the International Olympic Committee, the International Federation for Equestrian Sports and the International Ice Hockey Federation. He also points out that McCrory has played a leading role in selecting the members of the CISG, and perhaps most disturbingly, he claims that McCrory “dramatically misrepresented research by Boston University in ways that minimised CTE”.

An exposé by the Canadian Broadcasting Corporation in 2020 detailed how an astonishing 32 of the 36 members of this group had close ties to professional sporting organisations. Also in 2020, a parliamentary enquiry into concussion in sport in the UK was scathing of UK sporting bodies in their management of concussion and the long term risks of neurological disease, stating:

“What is astounding is that when it comes to reducing the risks of brain injury, sport has been allowed to mark its own homework.”

We are part of an international consortium that is calling for greater transparency and more diverse input into guidelines around managing head injury in sport and mitigating the risk of CTE. There should be a far greater contribution from health professionals who are not associated with sporting bodies in developing recommendations around head injury management and CTE risk. Families of individuals affected by CTE should also have input. There should also be absolute transparency around financial and other conflicts of interest in those who take part. It is worth noting that viewing the conflict of interest declarations for the authors of the most recent consensus statement on concussion in sport requires downloads of 36 supplementary documents, while the paper itself states (incorrectly) that there are no competing interests declared.

In their consensus statements, the CISG has chosen to evaluate the quality of evidence relating to CTE and repetitive head injury using Oxford Levels of Evidence. But this evidence ranking heuristic is not suited to assessing public health matters. Rather it is designed to weigh evidence in relation to the benefits (or harms) of a clinical intervention. This is best illustrated by a systematic review using a similar strategy concluding that there is no good evidence to support the use of a parachute when jumping out of an aeroplane. Even if it were ethical to perform randomised controlled trials (high evidence level) to assess the long term effects of head injury, such efforts would take an infeasibly long time and expose countless numbers of people, including children, to a known injurious agent.

A cynic might be tempted to think of recommendations for prospective randomised trials to establish causality as a justification for sporting bodies to delay taking action, or responsibility. As an example, the head of the National Rugby League-funded research into the issue was recently quoted as saying that:

“we won’t have cause-and-effect answers for one-and-a-half to two generations.”

So, should we wait?

These policies should be instituted by all sporting codes as a matter of urgency.

But what of the people who have already had a large exposure?

There is significant concern among ex-players of contact sports that they are in the firing line for CTE given their history. Brain donations to the ASBB were driven by ex-players and their families because of concerns over brain health. While CTE was common, almost half of those donating did not have CTE, and one had no detectable pathology at all. Furthermore, one ex-player had low stage CTE but had minimal impairment until near the end of his (long) life.

We know that CTE is not uniformly progressive in affected people, and that there are multiple modifiable factors that anyone at any age can address to improve brain health. General cardiovascular health, avoiding excess alcohol, social and intellectual engagement are all fundamental.

While it remains to be seen what will happen to the CISG, and to international guidelines on head injury management in sports, Australia need not wait to find out before action is taken. We have our own unique sporting culture, and all the necessary expertise to make smart, informed decisions for ourselves. Federal bodies such as the NHMRC and the Australian Institute of Sport should join forces in developing Australian guidelines and risk mitigation strategies. A white paper may be required. Key to the success of this will be broad community consultation and, most importantly, the inclusion of a majority of expert physicians, scientists, neuropathologists, and allied health professionals who have no ties to sporting bodies.

Associate Professor Alan Pearce is with La Trobe University and is the Victorian Manager of the Australian Sports Brain Bank.

Associate Professor Catherine Suter is in the Department of Neuropathology at Royal Prince Alfred Hospital, Sydney; in the School of Medical Sciences at the University of Sydney; and is Chief Scientist at the Australian Sports Brain Bank.

One thought on “Concussion in sport: conflicts of interest drive scandal”