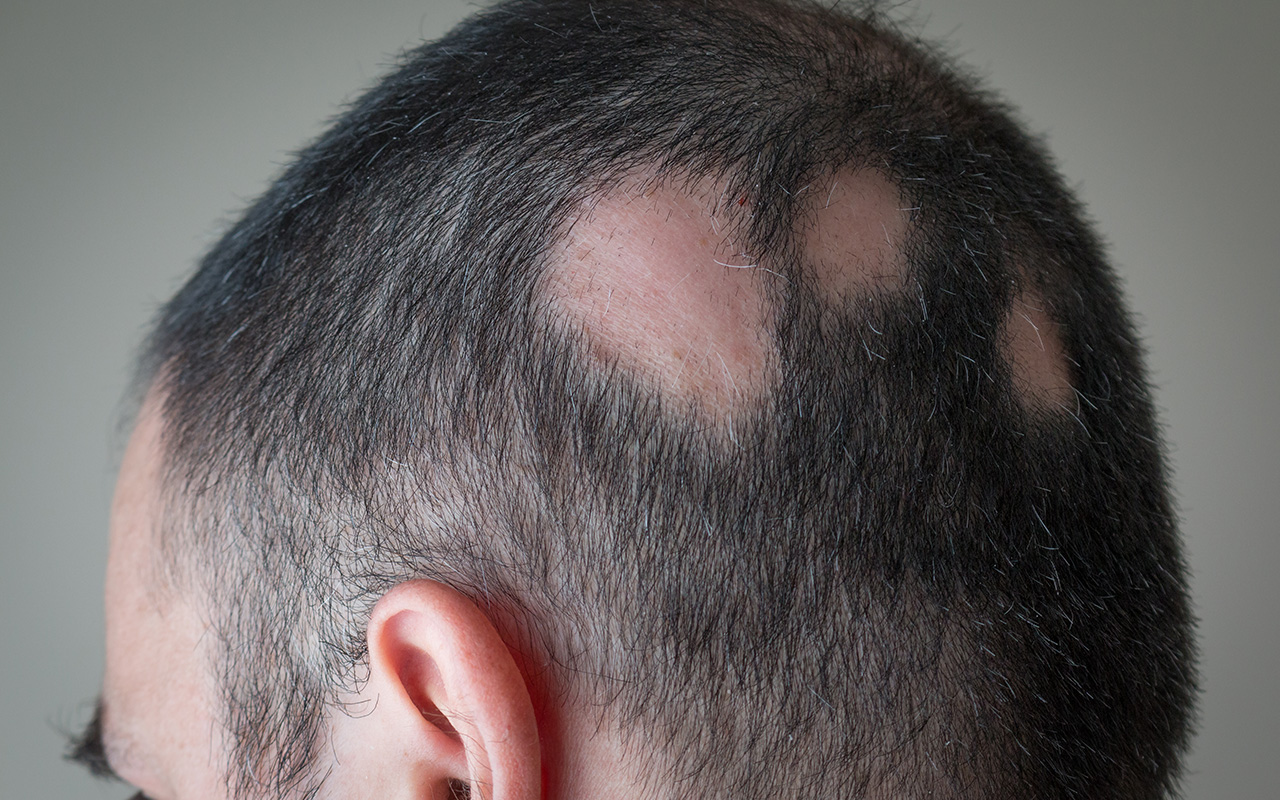 WHEN actor Will Smith smacked comedian Chris Rock at the Oscars two weeks ago, it inspired a torrent of water cooler discussion.

For weeks, people debated all aspects of the incident: the violence on a world stage, whether Will Smith needed to defend his wife Jada Pinkett Smith when she has her own voice, whether comedians should use a person’s medical condition as fodder for laughter.

Rock was making fun of Pinkett Smith, saying “Jada, can’t wait for GI Jane 2,” when she arrived at the ceremony with a bald head. However, she wasn’t just starting a new fashion trend; Pinkett Smith has alopecia areata, an autoimmune condition that leads to hair loss.

“Once in a career” treatment game changer

Although he calls the Will Smith incident a “circus performance”, world leader in the treatment of hair loss, Professor Rodney Sinclair, Professor of Dermatology at the University of Melbourne and Director of Epworth Dermatology, said there have been some benefits from the drama. For one, it has alerted people to the distress of having alopecia areata.

Second, it highlights the dramatic treatment changes that have recently been developed.

Until a few years ago, there wasn’t much that could be done for alopecia areata.

Not so anymore. In fact, the entire landscape for alopecia areata has changed in a very short period. Two weeks ago, an article in the New England Journal of Medicine showed exactly how far treatment has come.

“This is a once in a career game changer. It’s a little bit like when roaccutane came out for acne or when biologics first became available for rheumatoid arthritis. This totally changes the trajectory of the lives of people affected by alopecia areata,” Professor Sinclair explained.

The trial, on which Professor Sinclair was a co-author, showed for the first time that you could achieve high response rates in people with severe alopecia areata with a Janus kinase (JAK) inhibitor called baricitinib. Janus kinases are enzymes associated with cytokine receptors on the surface of cells, and are involved in inflammatory and immune responses.

“The trial participants all had chronic alopecia areata disease, with disease duration of at least 6 months, or more commonly more than 12 months. They all had somewhere between 50% and 100% hair loss, with severity skewed towards the severe end.

“The endpoint of the trial was to have minimal disease. So, it’s not 100% remission, but if they can get their level of scalp affected to less than 20%, then that is a meaningful improvement and their residual disease load can be simply managed by intralesional injection of corticosteroid or topical therapy, or can be easily concealed. That endpoint was achieved in 17% of patients with the 2 mg dose and in 33% with the 4 mg dose of baricitinib,” Professor Sinclair explained.

Alopecia areata “not caused by stress”

During the past decade, research has also clarified the causes of alopecia areata. It’s a complex polygenic disease, with 17 gene variants already identified that increase an individual’s susceptibility to alopecia areata, although most people only have four or five of those gene variants. The number and combination of these variants determine the threshold for an environmental trigger that will initiate a patch of hair loss in a susceptible individual.

“That environmental trigger is almost certainly intercurrent viral infection that activates the immune system, and increases circulating levels of interferon-γ gamma. And it’s almost certainly nothing to do with stress,” Professor Sinclair explained.

Most people are under the misconception that stress causes alopecia areata, which is something Professor Sinclair wants to correct.

“When you allege that the hair loss is caused by stress, the implication is that the patient has brought this on themselves by their inability to manage their circumstances. And I think not only is that factually incorrect, it’s damaging,” he told InSight+.

“The effect of interferon-γ is that it leads to collapse of hair follicle immune privilege, which means that the hair follicles are now susceptible to autoimmune attack.

When a person has one patch of hair loss, it lowers their threshold for developing a second patch. If there is another environmental trigger while the person has a second patch, they will develop another patch and so on.

Disease self-accentuation is why it’s important that people receive the right treatment when they develop their first patch.

Impact of alopecia areata is significant

Alopecia areata is the most common auto immune disorder in Australia, and its burden is profound. Unfortunately, patients often suffer in silence.

“Because historically there was no effective treatment, people haven’t endeavoured to quantify the patient distress associated with alopecia areata,” Professor Sinclair said.

“Patients were basically just sent away. When you talk to the patient support groups, they say the all too common experience among affected members was a disappointing medical encounter.”

For young people, it can be particularly damaging, especially for boys.

“Girls have long hair that they can tie back in a ponytail, and they can conceal up to 20–30% hair loss without having to disclose to anyone that they’ve got alopecia. Because of the fashion with boys’ hair, even one tiny patch is immediately obvious. And that often leads to teasing and bullying at school, school absenteeism, social withdrawal, depression and profound psychological morbidity,”

As Professor Sinclair has previously written in the MJA, most childhood suicides related to alopecia areata are in boys.

For patients presenting with acute alopecia areata (disease duration < 6 months), Professor Sinclair said it can be managed either with intralesional triamcinolone, or topical ultrapotent corticosteroids such as diprosone OV.

“But if they’ve got any doubts or any concern about the diagnosis, because the diagnosis is not always straightforward, or if it’s chronic alopecia areata, then refer the patient,” he advised.

It’s also important to know that the old mantra of watchful waiting is not appropriate.

5 thoughts on “Alopecia: new treatments give hope to patients”