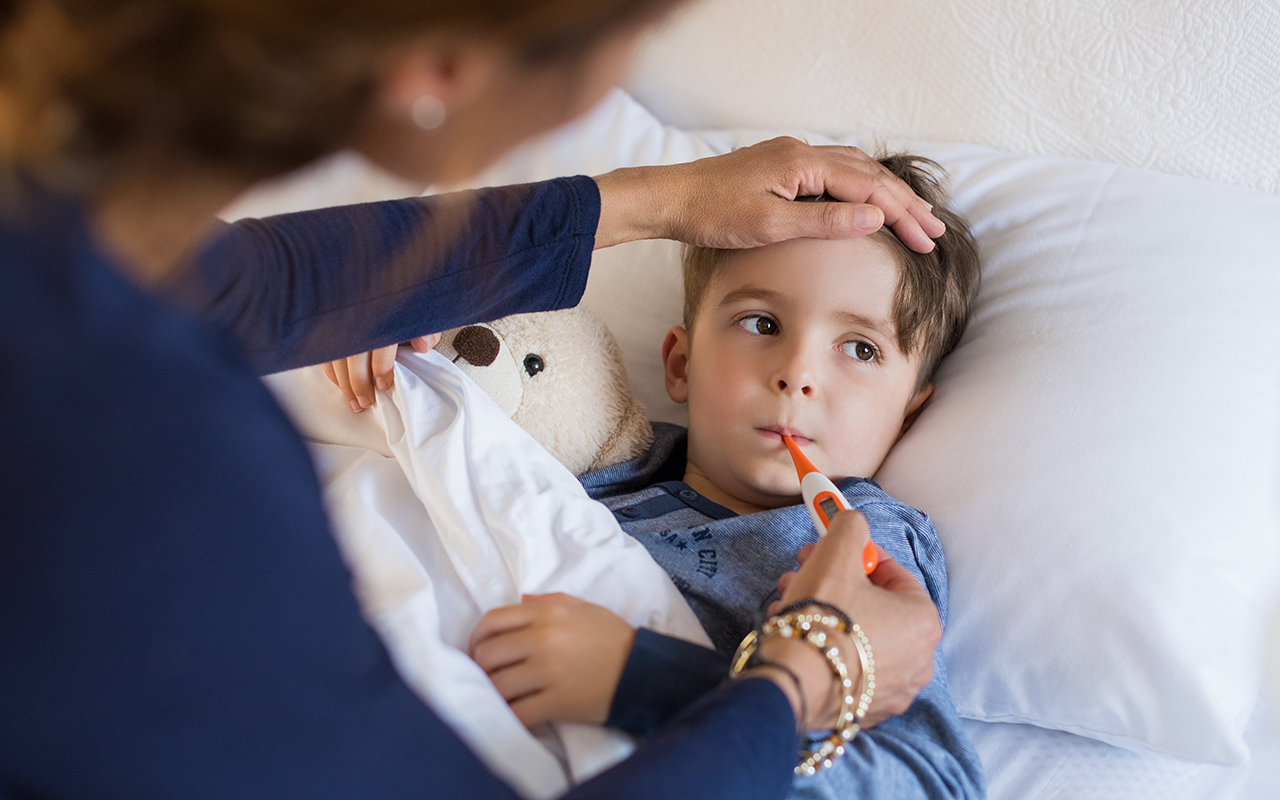 Under 2s at risk when flu comes through open borders

CHILDREN under 2 years of age and other at-risk groups could benefit from an influenza vaccine now if they missed out over winter, an expert says, with influenza expected to make an out-of-season comeback over summer as international travel resumes.

Professor Robert Booy, an infectious diseases expert at the University of Sydney, said it was not too late for at-risk people to receive this year’s flu vaccine, saying: “I can see the number of flu cases rising rapidly over the summer”.

Professor Booy said children under the age of 2 years were at heightened risk because they may have never been exposed to the virus, thanks to the international borders closure during the COVID-19 pandemic.

“For a century we had a significant outbreak of flu every winter around the world, but now for two years we have had very low transmission thanks to all the wonderful efforts of social distancing and border closures,” he said. “If children get flu for the first time when they’re 2 or 3 years old, they could get it quite seriously.”

Professor Booy said this year’s vaccine was still likely to be effective even though it was now late in the year, as there had been little transmission and therefore less mutation.

“Those who are at risk of flu because they’ve got a major medical problem, those who are immunosuppressed, are over 65, pregnant, Indigenous, aged 6 months to 2 years or who are travelling to a place where flu is on the rise like South East Asia or Europe – if they’ve forgotten to get a booster so far this year, it’s not too late,” he said.

For everyone else, he recommended getting next year’s vaccine in autumn 2022 when they present for a COVID-19 booster in the alternate arm.

Professor Booy also reminded GPs to test for influenza and other respiratory viruses in symptomatic patients, using a multiplex test rather than only testing for SARS-CoV-2.

In an editorial published in the MJA, Associate Professor Sheena Sullivan, head of epidemiology at the WHO Collaborating Centre for Reference and Research on Influenza noted that influenza activity plummeted in Australia with the introduction of COVID-19 restrictions, while border closures and quarantine requirements prevented the introduction of new viruses.

“As a result, we have not confirmed the presence of influenza virus in any community samples sent to our reference laboratory since April 2020,” she wrote. “It would seem that the virus has been locally eliminated, but the threat of its re-introduction looms with the imminent re-opening of our border.”

As of November 1, international travellers to Victoria and New South Wales are no longer required to quarantine for 14 days if they have been vaccinated against SARS-CoV-2. All travellers to Australia must also provide proof of a negative COVID-19 polymerase chain reaction test conducted within 3 days of departure.

Associate Professor Sullivan said similar measures should be established for flu – all returning travellers should be required to be vaccinated against influenza before travel, and all people in hotel quarantine should be tested for influenza as well as SARS-CoV-2 as they are doing at Darwin’s Howard Springs facility.

“Any resurgence of influenza will be most harshly felt by older people, particularly those in aged care facilities, among whom influenza mortality is high and the COVID-19 pandemic has already exerted a heavy toll,” she wrote.

“We now have two years of no flu infections and that means that there’s an entire cohort of children under the age of 2 years who’ve never been exposed to influenza,” she said.

“It’s possible that having such a large pool of children who are susceptible, they could potentially get quite high infection rates and then the number of kids who need to be hospitalised could end up a lot higher than usual.”

Evidence for the role of travel in driving influenza epidemics was recently published in the MJA, in a study of the NSW summer influenza epidemic of 2018–19 when notified cases were almost double that of the previous summer (5455 v 2803).

The authors said their findings suggested the epidemic was initially linked to influenza importation, with subsequent community transmission.

“Crowding on flights and in airports, as well as rapid aircraft turnaround, probably increase influenza transmission,” they wrote.

Professor Ian Barr, Deputy Director of the World Health Organization Collaborating Centre for Reference and Research on Influenza said only around 25% of children aged 6 months to 5 years had been vaccinated against influenza this year – well down on previous years.

“So, there is some increased risk in this age group if we have outbreaks before they might be vaccinated with next year’s influenza vaccine, which is normally available from April 2022,” Professor Barr said.

Professor Barr said he expected influenza cases in Australia would increase in the summer of 2021–22, but added, “I don’t think they will reach the same heights as 2018–19 as the level of overseas travel is likely to take some time to return to normal – maybe in a year’s time – so the number of potential introductions of influenza back into Australia will be lower than the pre-pandemic period.

“In addition, people with influenza-like illness are more likely to be scrutinised on their return and to self-isolate on the fear of having COVID-19,” he said. “Also, the level of influenza globally, including in the northern hemisphere, is quite low at the moment and, while this might increase, it’s unlikely it will reach very high levels in the next few months.”

Professor Barr said travellers who returned with influenza-like illness symptoms should be tested for both COVID-19 and influenza where possible.

A spokesperson for the Department of Health said the Australian Government would continue to consider the public health advice, including in relation to influenza, as it develops.

“Although not required for travel to Australia, the Australian Government Department of Health strongly recommends that people who are travelling internationally receive the influenza vaccine, especially if influenza is circulating in the destination region,” the spokesperson said.