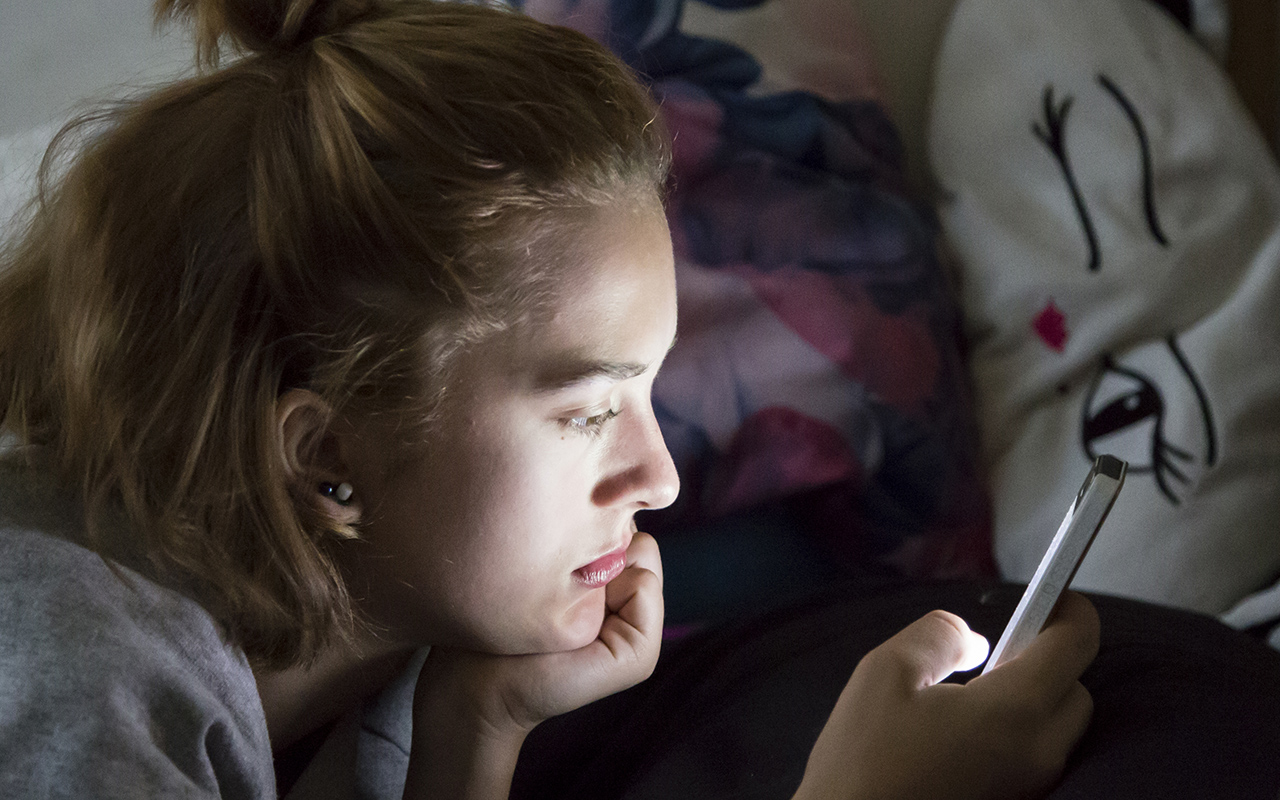 Screen time off the charts as teens head for chronic disease

ALMOST 86% of Australian adolescents are exceeding nationally recommended television and electronic device screen time limits, a behaviour that, along with a suite of other factors, may put them on a trajectory of chronic disease in adulthood.

Research published in the MJA, by Champion and colleagues, asked Year 7 students to complete an online survey about their moderate to vigorous physical activity (MVPA), sedentary recreational screen time, sleep duration, diet, and alcohol and tobacco use. A total of 6640 students, aged 11–14 years, completed the survey.

Associate Professor Leigh Tooth, Principal Research Fellow at the University of Queensland, praised the research by Champion and colleagues for bringing together a suite of factors.

“These factors do not exist in isolation,” she said. “They work together.”

When it comes to screen time, the numbers are getting worse, she told InSight+.

“When the government first released screen-time guidelines social media wasn’t such a thing. Now, just about every child has a smartphone, and they’re getting them younger and younger.

“It’s here to stay, it’s not possible to ban it, so we have to manage it. It’s all about putting it into context. It’s all about the messaging – if they are going to spend time on screens, then let’s make sure that time is as enriching as possible.”

Champion and colleagues also estimated the frequency of each risk behaviour by gender, remoteness, and relative socio-economic status, and the association of behaviour with socio-demographic characteristics was assessed.

The authors acknowledged that students from higher socio-economic status areas or schools with Index of Community Socio-Educational Advantage scores in the upper two quartiles, were over-represented in the sample, as were students from independent schools.

“Screening by GPs for the six major risk factors we have highlighted and identifying young people with multiple risk behaviours could facilitate early intervention, and brief interventions delivered in primary care or schools may be beneficial.”

Associate Professor Tooth agreed there was an important role for GPs to play, even in the short consultation times available.

“We know that adolescence is a very sensitive phase,” she said.

“We’re talking about diet, screen time, body weight, physical activity, sleep, substance misuse – they all play a part, and if the balance is wrong, the trajectory that child can take in terms of their risk for chronic disease development can change.

“We know that these factors are among the main drivers for chronic disease development.

“We know that chronic diseases are happening earlier. For example, we are plotting trajectories for obesity and overweight in young women compared with a generation ago, and the trajectory of that line is much steeper in the younger women today than it was 20 years ago.

“We know that these common drivers for chronic disease are getting more prevalent, starting in that adolescent phase.”

GPs had an opportunity, she said, given parents and children saw GPs quite often during this phase of life.

“There’s that opportunity to raise awareness with parents. Asking questions like, does your child have a device; what time do they go to bed; are they on the phone at 11 o’clock at night – they can be opportunities for conversations.

“Also, parents need to be aware that a child will model their parents. If the parent is on the phone 24 hours a day, not exercising, eating badly, then the child sees that.

“That’s the opportunity GPs have.”

For children and young people [aged 5 to 17 years], we recommend no more than 2 hours of sedentary recreational screen time per day. This does not include screen time needed for school work.

“If the screen they are watching is showing an educationally enriching product, or a problem-solving game, then the child may not be as harmed in terms of its impact on their quality of life, or psychological status, than, for example, if it was social media,” Associate Professor Tooth said.

“It’s about more than just an absolute number of hours in front of a screen per day.”