Tale of two crises: COVID-19 and the climate emergency 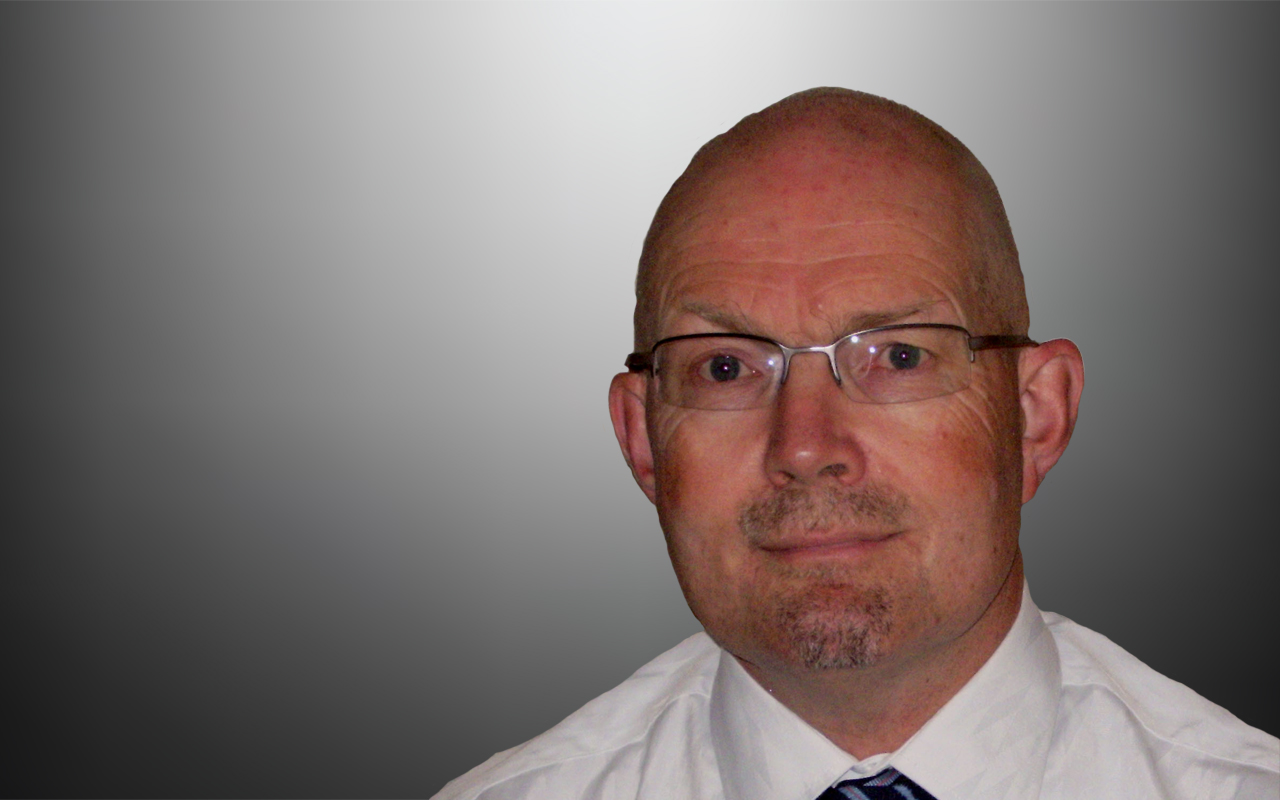 HUMAN civilisation now confronts the wickedly challenging, interconnected crises of the COVID-19) pandemic and the climate emergency, not to mention the compounding crises of health inequity, racism, poverty, and child abuse, each exacerbated by all the others. With the climate catastrophe, we seem to be living in a collective trance.

The Intergovernmental Panel on Climate Change (IPCC) 6th Assessment Report (AR6) Working Group I, which assesses the physical science of climate change, released its latest view of the climate emergency on 7 August 2021. We still await reports from Working Groups II (impacts, adaptation and vulnerability) and III (mitigation of climate change) and the Synthesis Report — none due until mid-2022, at a time when every second counts.

For those of us following the latest climate research science, including papers published within the past 8 months and therefore not included in the IPCC report, this document sheds no truly new information, and indeed continues the practice of actual understatement of the dire reality. Many climate-related parameters were not highlighted or even mentioned in the recent IPCC report, such as the seriousness of methane, and the many critical tipping points, their interpretation, likely rate of acceleration and interconnectedness. The truth of our circumstances is alarming.

At this point, you might be asking “what does a medical oncologist of 40 years’ experience have to say about these two crises”.

I’m sick and tired of hearin’ things
From uptight, short-sighted, narrow-minded, hypocrites
All I want is the truth
Just gimme some truth.

In oncology we often see multiple crises. I recently caught up with a patient, after 20 years. She had presented back then, aged 32 years, with an early breast cancer while pregnant with her first child and remains in remission. She was recently admitted to the intensive care unit (ICU) with severe COVID-19. She avoided ventilation and was improving very slowly. When she finally left the ICU, her husband asked me to see her again, as she had been losing considerable weight over 3 months. She told me her appetite had disappeared and, worryingly, she had developed a mild but persistent and worsening epigastric pain. With lockdown, working from home, and home-schooling, she had deferred a medical appointment, although fearing the worst (as have others). Further investigation was necessarily delayed until her respiratory function had improved, but unfortunately, eventually confirmed a locally advanced pancreatic cancer of borderline operability.

My patient’s circumstances thus mirror the two macro-crises: the exceedingly complex and debilitating COVID-19 pandemic dominating the foreground, with the quietly inexorable malevolence of climate change lurking beyond, present before the pandemic, spawning during the pandemic, and now metastasising with impunity as all the focus remains on the virus.

I met with my patient on many occasions, as she repeatedly faced a return to the ICU, suffering impending respiratory failure, compounded by the isolation from her family, and the suspicion, not confirmed for some weeks, of abdominal malignancy. Eventually, the latter was confirmed and I returned to her to break the bad news, thankfully with her husband present.

Over the years, despite informing hundreds of patients of their shortened lives, I find that this important duty never gets any easier, and nor should it.

To be truly present with the dying, it is very important that the doctor be familiar, if not entirely comfortable, with their own mortality, and to use this shared experience as a source of compassion. Too often a doctor’s own personal thanatophobia (fear of death) intrudes into critical conversations with patients.

So too, in confronting the intolerable realities and perilous status of the climate emergency. Bad news must be broken without delay, with “radical honesty”, courage (heartfulness) and compassion. Those in authority must surmount their own fears of disappointment and personal mortality, tell us the truth, and avoid the total abandonment of the electorate.

The majority of indicators of ecosystem health and biodiversity now show rapid decline. The catastrophic consequences of the climate emergency are now witnessed regularly (wildfires and alarming record temperatures on many continents, unprecedented flooding in Europe, increasing Atlantic hurricane intensity, unremitting drought, all with strong scientific attribution), but with very little action and already an accumulating death toll.

The reasons for this dangerously inadequate activity by governments in the face of increasing existential risk are not well understood but likely include:

Higher levels of maturation in our “leadership” would allow the finding of meaning and purpose in life (spiritual progress); a sense of self-sacrifice; seeking equality, order, stability and peace; promoting truthful discourse, righteous living, enabling others to flourish; and becoming aware of the world as a complex, sensitive, interactive, interconnected biosphere.

We should expect and demand nothing less from our leaders, but we should also be wise and realistic enough to know that this is beyond them. Most will be condemned to infamy for not undertaking sound climate policies with courage and maturity some 30 years ago.

Since our leaders have access to the best climatological and psychological advice, their inaction over decades is bewildering. They will now preside over likely progressive societal collapse and massive loss of life (already beginning). There is no real possibility of technological salvation.

Despite international commitments, global annual energy-related greenhouse gas emissions fail to diminish responsibly, and may actually rise back up to 33 billion tonnes of carbon dioxide if COVID-19 control allows industrial production to bounce back. Clearly, the targets set in the Paris Agreement  were too conservative, did not include all the forcing factors and had little power of execution over nations such as Australia.

With accumulating carbon dioxide (beyond our budgetary control) and the rise in other potent greenhouse gases, with a fall in cooling aerosols, and changes in cloud behaviour, there may be a trigger to a “hothouse Earth”, exacerbating the ongoing animal extinctions and threatening social viability, particularly in urban environments (with heat islands), and with great stress in lower income countries.

Sea ice is now melting in an accelerating fashion, becoming thinner, with less winter recovery, losing its ability to reflect light, and soon to disappear entirely during summer months (sea ice-free Arctic by the 2030s), decades before previously anticipated. This will likely lead to the release of vast quantities of seafloor methane, also arising from melting permafrost (containing as much greenhouse gas as all other sources), which in turn has arisen sooner than predicted by climate models. In Greenland, glacial loss is also accelerating, with the expectation that further tipping points will be crossed very soon.

These changes, together with progressive Antarctic ice melting will contribute to a more rapid rise in sea level, exceeding 1 metre by late century or sooner. A significant rise has already been documented, affecting coastal communities in the Pacific, our own Torres Strait islands, Florida and elsewhere, with associated extreme weather events, and causing salination of fresh water estuaries and aquifers, the latter representing the world’s most accessed freshwater reservoir. Such progressive sea level rise will continue for millennia.

The “climatastrophe” is now insuperable and will follow a trajectory determined by physical laws oblivious to human preferences.

There are important ethical considerations also. The need for planetary palliation has become urgent, and we should focus on all species, in addition to our own.

We can still demonstrate our capacity for selflessness, by systematically reducing our carbon footprint. Without delay we must cease greenhouse gas-emitting activity (transport, infrastructure, energy, agriculture, industry), enhance eco-recycling, begin active transport (walking and cycling), insist upon much smaller eco-designed homes, green cities (to counter heat islands), and begin the regeneration of all debilitated ecosystems.

Finally, we must attend to the psycho-spiritual assault upon humanity with the knowledge that our precious and unique biosphere is morbidly ill, and accept our own substantial responsibility.

We have abrogated our fundamental duty to protect the vulnerable, particularly the unborn and children, who are already aware of the crisis and experience eco-anxiety and grief and, internationally, participate in School Strikes for Climate demonstrations in large numbers. A major recent Australian protest by children took place on 21 May 2021 against the plan for our federal government to fund a $600 million gas-fired plant.

Adult eco-anxiety and solastalgia (climate grief) is also high or often internalised, and thus likely to manifest later as a disturbance of mood and behaviour.

There has been much wise reflection in the realm of psycho-spiritual support , promotion of hope and the much broader concept of “deep adaptation”. Likewise, with the expectation of universal distress there are many compassion-based strategies (and here) for specific demographic groups (children, adolescents, parents, the elderly, the chronically ill, the disabled and so on), in various cultures, and new approaches will undoubtedly emerge.

Life will continue, but we humans (from the Latin humus, meaning soil or earth) will have a deservedly minor role. What is clear is that we cannot let COVID-19 overshadow the reality of the climate emergency in the same way it has done for some individuals fighting cancer. We must employ radical honesty and courage.

Dr Jonathan Page is a medical oncologist in Sydney and teaches at the Nan Tien Institute of Higher Education in Wollongong.

10 thoughts on “Tale of two crises: COVID-19 and the climate emergency”