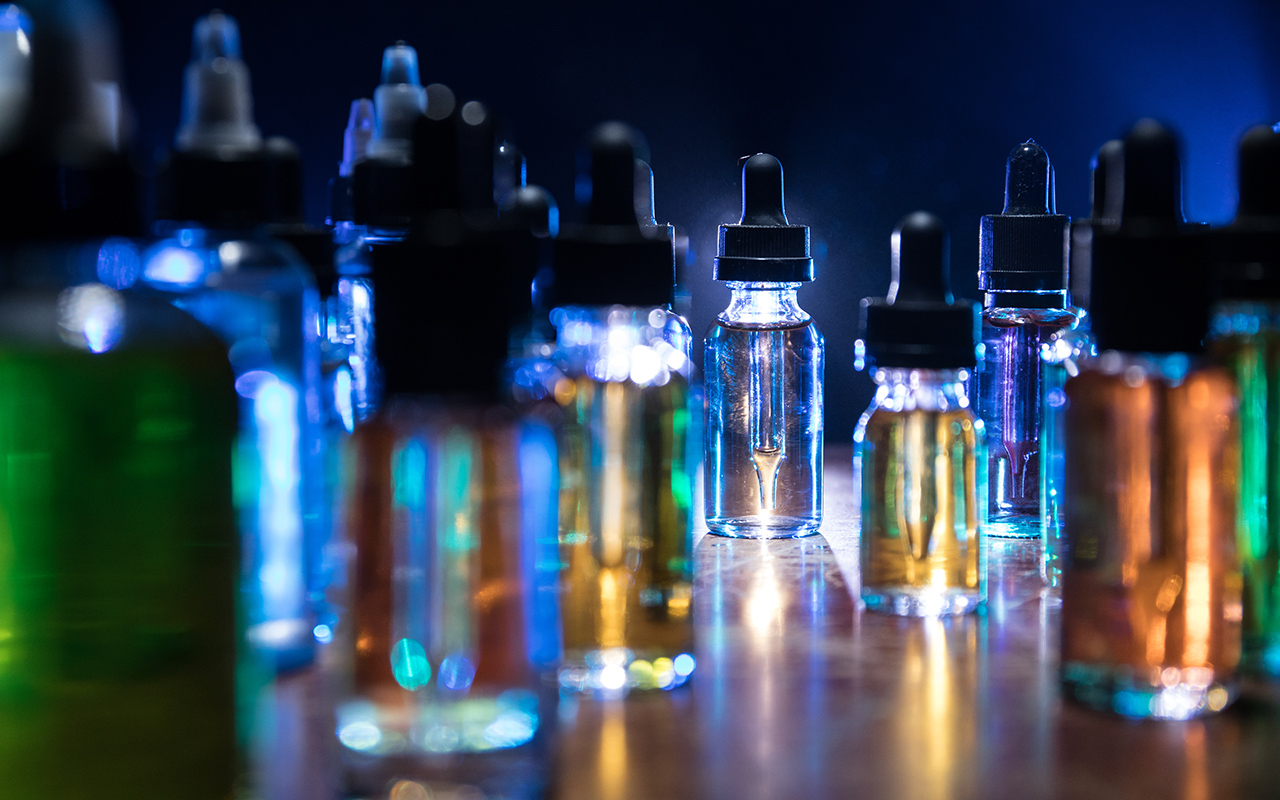 LEADING public health experts have rejected warnings that a new ban on importing nicotine vaping products without an Australian doctor’s prescription could drive vapers back to smoking, as evidence for the potential harms of vaping grows.

As of 1 October, it is illegal for Australian consumers to import products such as nicotine e-cigarettes, nicotine pods and liquid nicotine without a prescription from an Australian doctor. The changes close a loophole through which many vapers had been purchasing the Schedule 4 substances from overseas websites without a prescription. They also make it harder for convenience stores to obtain the products for illegal sale, including to minors.

The Therapeutic Goods Administration (TGA) said the changes strike a balance between “the need to prevent adolescents and young adults from taking up nicotine vaping products while allowing current smokers to access these products for smoking cessation with appropriate medical advice”.

“There is evidence that nicotine vaping products act as a ‘gateway’ to smoking in youth and exposure to nicotine in adolescents may have long-term consequences for brain development,” the TGA said.

With more than 200 000 Australians estimated to be using vaporised nicotine, the Royal Australian College of General Practitioners (RACGP) has told GPs to prepare for an increase in patients seeking scripts for vaping products.

The College stressed that nicotine vaping products are not a first line treatment for smoking cessation, and that their long term health effects are unknown.

“A prescription for these products should only be used as a last resort; vaping is not a risk-free, harmless version of smoking cigarettes,” she said. “These are addictive and harmful products that can prove fatal if ingested in certain amounts.”

However, Dr Colin Mendelsohn, a GP who advocates vaping nicotine as a safer alternative to cigarette smoking and an effective quit aid, said the potential harms were often exaggerated in the media.

“There’s been such a beat-up over the harms of vaping that people have forgotten what’s really killing people – smoking cigarettes,” he told InSight+.

“The clinical question is the relative risk versus smoking, as vaping nicotine is almost exclusively used by smokers and former smokers,” he said. “Comprehensive reviews by leading, independent health organisations agree that vaping is considerably less harmful than smoking.”

Dr Mendelsohn argued the new laws would be a “public health disaster”.

“It will make it harder for many people – especially disadvantaged people lacking internet access, organisational skills, and support – to continue to access vaping products,” he said. “Some vapers will return to smoking and it will also be much harder for current smokers to begin vaping.

“The black market will flourish, with an increased risk of unregulated supplies,” he added.

But antismoking campaigner, Professor Simon Chapman, Emeritus Professor in Public Health at the University of Sydney, said the laws were likely to be effective in curbing youth vaping uptake.

“It will make it a whole lot more difficult for the average high school kid to work out where they can buy a vaping product, when they can’t just walk into a convenience store and get it under the counter,” he said.

“We had smoking rates down to the lowest ever recorded level and now we’re seeing kids who would never have used any kind of nicotine going through the hand-to-mouth, blowing smoke ritual,” he said. “It’s no surprise when vapes are available in lemonade flavour.”

Although vaping advocates argue that nicotine vaping doesn’t kill anybody, Professor Chapman said it was too early to make that assumption.

“Nobody had died of lung cancer for at least the first 20 years that smoking became endemic, but we soon learnt the folly of that reasoning,” he said. “The case reports are the first signals to start coming in, and then the notifications to the Commonwealth start to add up.

“I’m not saying vaping-related harms will follow the exact same pattern – I think we will see more cardiovascular and respiratory harms than cancer,” he said. “That said, it’s still very early days.”

He noted a case reported in the MJA this month of suspected vaping-related lung injury in a Sydney adolescent.

The 15-year-old female patient was febrile and hypoxic and had bilateral pulmonary infiltrates on chest x-ray and computed tomography, with no pulmonary infection. She reported regular vaping with a flavoured nicotine-containing device over the previous 7 months, as well as using tetrahydrocannabinoids (THC) via a water pipe, smoking cigarettes, and occasionally taking diazepam, alprazolam, methylphenidate and lisdexamfetamine (not her medications).

Conjoint Associate Professor Betty Chan, Head of the Clinical Toxicology Unit at the Prince of Wales Hospital and colleagues said the case fulfilled the Centers for Disease Control and Prevention case definition of e-cigarette or vaping product use-associated lung injury (EVALI) and had a similar presentation to other reported cases.

The patient, who was successfully treated with antibiotics and corticosteroids, had been using a vape device she purchased at a local convenience store. Testing showed the vape fluid contained glycerol, nicotine, and flavouring agents ethyl-maltol and menthol. THC and vitamin E acetate were not detected, despite the latter being strongly linked to a major outbreak of EVALI in the US between 2019 and 2020 (2807 cases, 68 deaths as of 18 February 2020).

In the absence of vitamin E acetate, Dr Mendelsohn argued the case was “almost certainly not EVALI and very unlikely to be related to nicotine vaping”.

“They didn’t do a bronchoscopy and bronchial lavage, which would have provided more information,” he said, “and there are other potential causes, such as a pulmonary infection secondary to smoking, urosepsis, allergic sensitisation reaction or a toxic response to another undisclosed chemical.”

However, Professor Chan defended the suspected diagnosis, telling InSight+: “Looking at the literature, about 10–15% of EVALI cases reported were using only nicotine-based products.

“We are not sure what chemicals cause this severe pneumonitis in this patient but it is likely to be associated with e-cigarette products,” Professor Chan said.

“It is also likely that this e-cigarette-related lung injury is not well recognised in Australia and could be underdiagnosed,” she added.

Dr Sarah White (PhD), director of Quit, said the potential role for vaping in smoking cessation was often overplayed by its advocates.

“These products are just nicotine delivered a different way, with a similar kind of hit,” she said. “In fact, it seems they can actually increase some peoples’ addiction; cigarettes at least have a natural end after 10-12 puffs, whereas with vapes you can get 600 puffs or more in succession.”

As for warnings the new laws may drive ex-smokers back to using cigarettes, Dr White commented: “Doesn’t that just prove that they’re still addicted to nicotine and at risk of relapse? Hardly an effective treatment.”

It comes as new research, published in the MJA, shows e-liquids contain a wide variety of chemicals for which information on inhalation toxicity is unavailable.

The study tested 65 e-liquids purchased from Australian online and physical stores for a selection of pre-determined chemicals – both before vaping, and after a process that simulated the effects of vaping.

“All e-liquids contained one or more potentially harmful chemicals, including benzaldehyde, menthol, trans-cinnamaldehyde, and polycyclic aromatic hydrocarbons,” the authors reported.

Although all of the products were marketed as nicotine-free (only pharmacists can legally dispense nicotine-containing vaping products), nicotine or nicotyrine were detected in a small proportion of e-liquids, albeit at extremely low concentrations.

There are no TGA-approved nicotine vaping products in the Australian Register of Therapeutic Goods, but doctors can prescribe them for dispensing at an Australian pharmacy through the Special Access Scheme for a single patient or by becoming an Authorised Prescriber.

The federal government has created new telehealth smoking cessation Medicare Benefits Schedule items, which can include provision of a script for nicotine vaping products.

Doctors can also write a script for a patient to import the products themselves for up to 3 months through the Personal Importation Scheme. However, the RACGP has strongly cautioned against this pathway as products imported from overseas are less likely to meet Australian requirements, including child-resistant packaging and restrictions against certain known toxins.

The RACGP also recommends that if vaping devices are to be used, unflavoured, closed systems should be preferred, as there is limited evidence about the long term safety of inhaled flavourings.