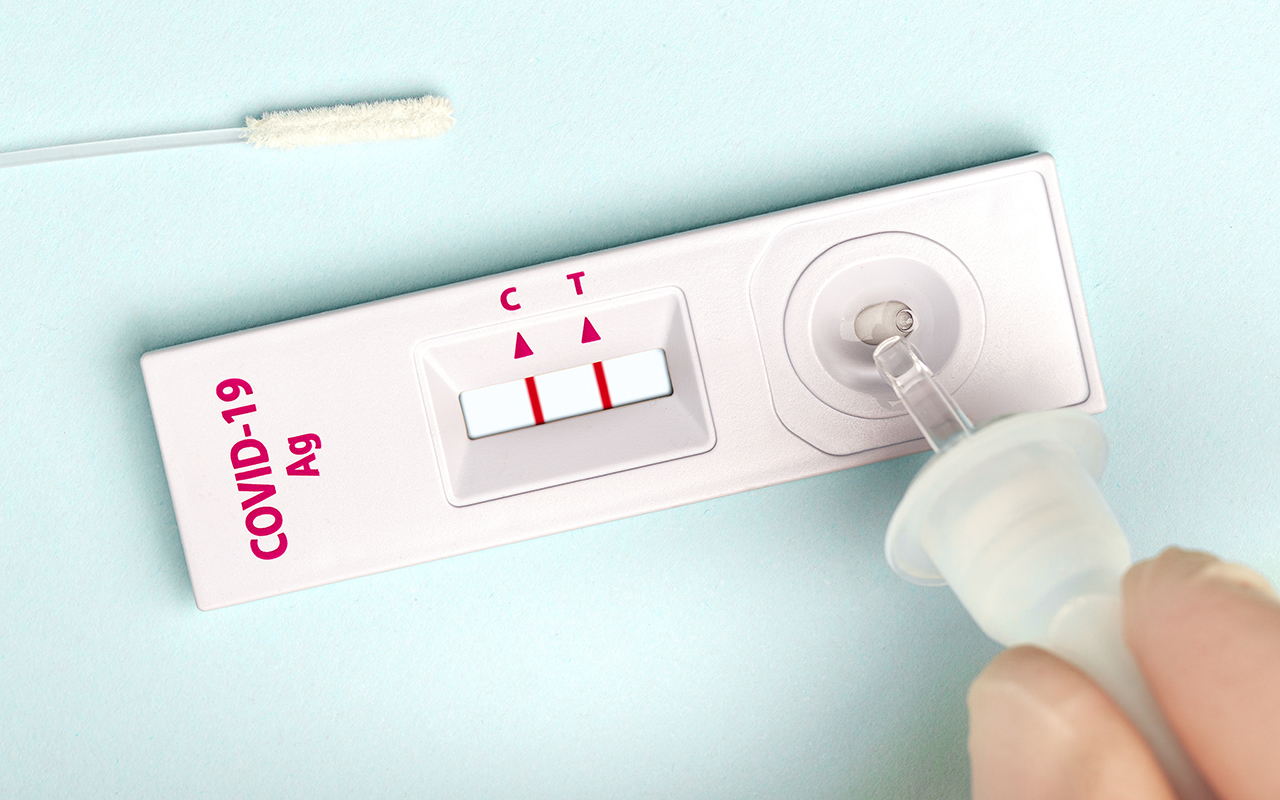 NSW Health announced on Friday that all authorised workers who work outside their Local Government Area (LGA) of concern would only be permitted to work if rapid antigen testing was implemented at their worksite or if they had their first vaccination dose by 30 August.

Rapid antigen tests are already being used by some Australian employers, including Opera Australia and Fortescue Metals. Several nursing homes are also part of a Federal Government trial.

However Australia has been slower to embrace the technology than other countries, including the UK, where the Johnson government has spent billions of pounds on home test kits it doesn’t know whether people are using.

“The best rapid tests, used preferably on the same group of people several times a week, perform brilliantly as a screening test for workers in the asymptomatic period.”

“There has been a reluctance to roll these tests out, I think because people don’t appreciate that this is a screening test rather than a diagnostic test,” Professor McLaws said. “Outbreak management using these tests is not the same as providing a diagnostic service.”

“I’m not suggesting that you’d use this for a once-off test, but it should be being used regularly for essential service workers, who haven’t been able to be fully vaccinated, so we know they’re safely negative.”

“This should have been rolled out months ago,” she added.

Professor McLlaws likened the job of NSW contract tracers of Delta to “chasing a racehorse on foot”.

Professor Allan Saul, Senior Principal Research Fellow (Honorary) at Melbourne’s Burnet Institute said the fact there were hundreds of cases “under investigation” in NSW each day suggested “a major problem in contract tracing”.

“At this rate, there will be many thousands of cases daily by the time we get to 80% double vaccine coverage,” he said. “There is no way the contact tracing can keep up with this number, but for the vaccine rollout to be effective, it needs efficient contact tracing.

“Rapid diagnostic testing will add a negligible number of people in quarantine compared to the current testing, but has the possibility that asymptomatic people will be found that would be missed by current testing, and a lot of true negatives won’t clog up the testing and have to go into isolation for 1-2 days.”

Australia’s Therapeutic Goods Administration has approved 21 rapid antigen tests (lateral flow tests) for use in pathology laboratories or by health professionals at the point of care. Using a nasal swab, these tests can provide results within 15 minutes compared with 1–3 days wait for laboratory results with the gold-standard polymerase chain reaction (PCR) test.

Accuracy (sensitivity and specificity) varies between tests, and is highest in the first few days of symptom onset, when viral load is highest. A Cochrane review published in March found the tests correctly identified infection in 29-85% of asymptomatic people.

However, Professor McLaws noted this review included tests with a range of sensitivity rather than only those with at least 98%.

According to the Cochrane review test accuracy vastly improves when the tests are repeated several times a week.

A recent study of 43 US college students who had either tested positive or were a close contact found rapid antigen tests were as accurate as PCR when done every three days (98% sensitivity).

Dean Whiting, CEO of Pathology Technology Australia estimated that around 3000 COVID-19 rapid antigen tests are currently being performed in Australia daily across around 40 commercial and entertainment organisations.

“NSW Health is piloting a process for rapid testing on some building sites and manufacturing sites,” he said. “The missing link is the software to automatically link test results with medical records, but that’s now very close – probably we’ll have it within a month.”

“The TGA will need to consider modifying the use conditions so that self-collection and self-testing can be done on a worksite, with a health practitioner supervising groups of workers as they arrive for the day.”

Of all the rapid tests performed in Australia to date, Mr Whiting said there had been no true positives to his knowledge.

“This is consistent with a rule-out test,” he said. “Rapid antigen testing is for repeat testing of at-risk asymptomatic cohorts. That means people in essential services, food processing, distribution and transport services, hotel quarantine, COVID wards and aged care.”

“This kind of testing could stop lower-risk people joining those really long queues and taking up valuable resources in the laboratories,” he added.

“A massive rollout of antigen testing without the right structures in place could give a false sense of security,” he said.

“The very high transmission of Delta within households is an important factor,” he said. “If a high-risk worker has a false negative result, then if there is workplace transmission, their co-workers will be picked up within a couple of rounds.”

“But if there is no transmission at work and their family are not symptomatic or not screened, there can be undetected chains of transmission until the next time it either makes someone symptomatic, or infects another essential worker who gets screened,” he said.

False positives could also present a major problem, he said, unless sites doing rapid antigen testing had access to extremely rapid confirmatory PCR testing. Point-of-care PCR systems are available which can provide COVID test results within an hour, he noted. Longreach Hospital last year spent $32,000 on one such system.

Professor McLaws agreed that rapid PCR confirmatory testing was essential, but said that shouldn’t be a barrier to widespread rollout.

“Governments can mandate that if you’re going to use rapid antigen testing in the workplace, it’s beholden on the workplace safety officer to notify the department of health as soon as there is a positive case, so that it can be rapidly verified with PCR, and then the contact tracing can start,” Professor McLaws said.

Mr Whiting said that, at the Howard Springs quarantine facility in Darwin, over 30 000 tests were performed on staff over 7 months, with only 3 false positives.

“You put the positive case into isolation, do the PCR and do not initiate contact tracing until you have a positive result,” he said.

“We know from Israel, where vaccination rates were very high, very quickly, now breakthrough infections are quite a problem,” he said. “Rapid testing – and increasingly in the UK and Europe, home testing – has become a standard public health tool to minimise people moving through the community when they’re infectious.”

“The sooner we get used to this idea, the better, because COVID-19 won’t be the last respiratory pandemic that we face.”

A Department of Health spokesperson told InSight+ the government’s position on allowing access to self-testing “will continue to be monitored”.

“But at this point in time, COVID-19 self-tests cannot be supplied in Australia,” the spokesperson said.

“Rapid antigen tests for self-testing in the future is critically dependent on achieving the vaccination rates as outlined in the National Plan to Australia’s COVID-19 response, and consideration as to what system of reporting and recording of rapid antigen self-test results is needed,” they added.