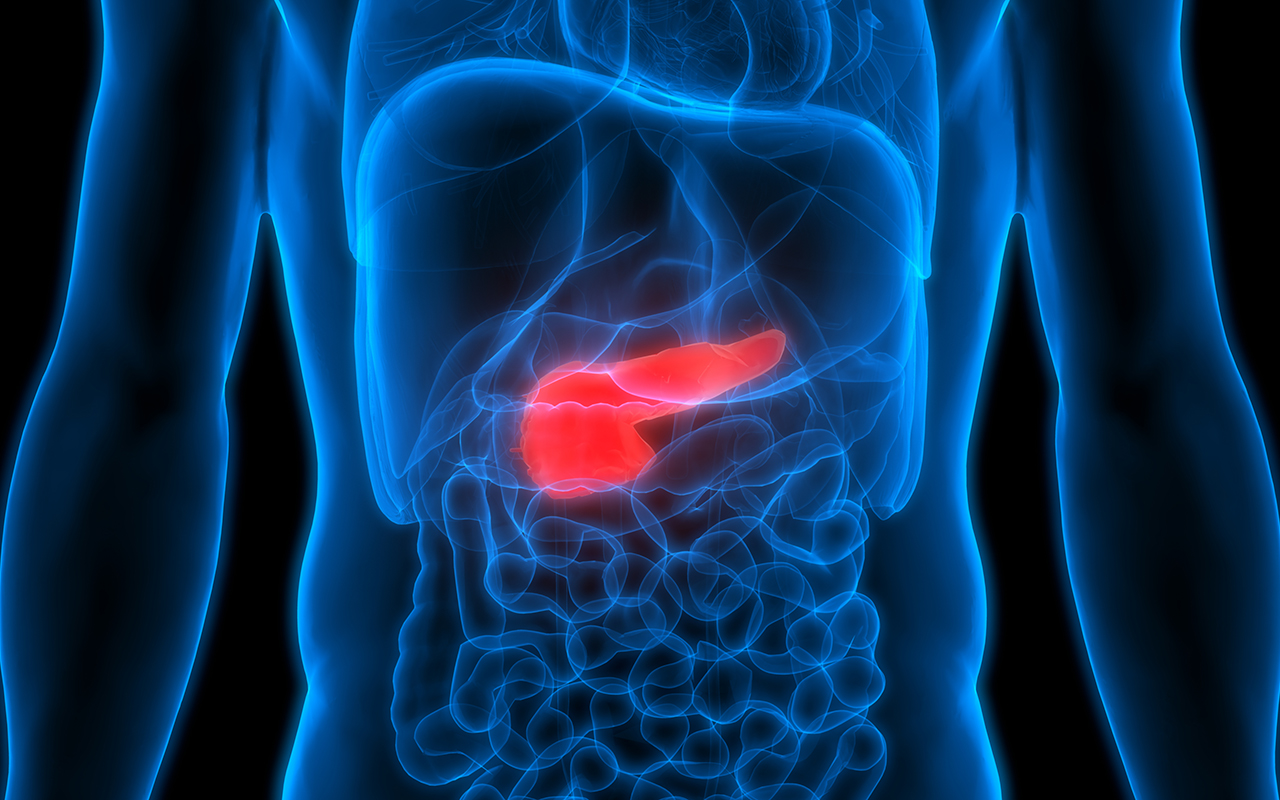 Researchers from UNSW Sydney have found a way to starve pancreatic cancer cells and “disable” the cells that block treatment from working effectively. Their findings in mice and human laboratory models – which are about to be put to the test in a human clinical trial – are published in Cancer Research. Pancreatic cancer is notoriously difficult to treat because of the dense scar tissue surrounding tumours – the tissue acts like a fortress that blocks chemotherapy delivery. This scar tissue is produced by critical “helper cells” called cancer-associated fibroblasts, which cancer cells recruit to support their growth and spread. The researchers targeted a protein called SLC7A11, thereby shutting off helper cell tumour-promoting activity and reducing the scar tissue they produce. “We found that switching off SLC7A11 in mice with pancreatic tumours directly killed pancreatic cancer cells, reduced the spread of tumour cells throughout their body and decreased the scar tissue fortress,” the authors wrote. They used several complementary models to improve the clinical translatability of their findings, including patient-derived pancreatic cancer cell lines and helper cells, three-dimensional (3D) at-the-bench models including an explant model that maintains pieces of human pancreatic tumour tissue, and multiple mouse models of pancreatic cancer. The researchers’ findings have formed the foundation for a clinical trial in which they will repurpose an anti-arthritis drug called sulfasalazine – which inhibits SLC7A11 – for the treatment of pancreatic cancer patients with tumours that have high SLC7A11 levels, which has been shown to be the case in more than half of patients with pancreatic cancer. The researchers say the opportunity to repurpose an existing drug that’s already in the clinic will help them make progress more quickly. The research team hopes to analyse and publish the first set of results of the trial within three years.

In a collaborative report published in Cell, scientists from the Children’s Medical Research Institute and CellBank Australia in Sydney and Cornell Tech in New York describe the critical worldwide need to improve the diversity of cells used in medical research. Human cell lines play a vital role in medical research. About a thousand cell lines are commonly used and kept in storage. The authors point out that most of the commonly used cell lines were sourced in the 1960s and 1970s and predominantly come from people of European descent. Some diseases are more common in particular groups, such as the Ashkenazi Jewish community, which has a high rate of genetic diseases such as cystic fibrosis and breast and ovarian cancer. The African American community has a relatively high rate of prostate cancer in men, yet only one in 10 prostate cell lines regularly used in research is of African descent. The lack of diversity in prostate cancer cell lines means that initial anticancer drug screening may miss compounds that are particularly effective for African American men. Lack of trust in medical research is an important reason why some communities have hesitated to donate cells for scientific discovery. Past breaches of trust, such as the historical use of tissue samples without consent, affected community perceptions of research. Recently, however, efforts have been made to form respectful partnerships between community groups and researchers to improve trust and inclusivity. Change is not a simple process, particularly for cell-based research projects, which can take many years to complete. Improving diversity means changing habits and means managing more cell lines to ensure that many ancestral backgrounds are included. These efforts in particular may form a serious burden for scientists working with cell lines each day. The authors propose further actions to improve cell diversity for researchers, biobanks, publishers, funding agencies, and community representatives to consider.

Griffith University researchers have developed a new vaccine in pre-clinical studies to treat human babesiosis, a tick-transmitted disease closely related to malaria. Their study, a collaboration with scientists from the University of Queensland and the US Food and Drug Administration, is published in Cell Host and Microbe. The researchers developed a whole parasite Babesia vaccine that acts as a universal vaccine, inducing immunity against different human Babesia species. “Babesiosis affects the red blood cells similar to malaria in humans and animals and presents as a flu-like illness and anaemia. People most at risk of severe disease are the elderly, the immunosuppressed and those without spleens. It also affects those who need blood transfusions,” said lead researcher Professor Michael Good. “In pre-clinical studies we have shown this vaccine can kill the parasite and induce a protective immune response. The immune response is tied to two crucial aspects of the immune system – T cells and macrophages (which clear bacteria and other germs).” The vaccine is delivered using a liposomal platform, where the killed parasite is contained in a lipid vesicle. The advantage of liposomes is that they can be freeze-dried so they are suitable for transporting into the field. The researchers hope to progress to human clinical trials in 2022.

Notable changes to the human gut microbiome have occurred over the past 2000 years, according to analyses of ancient faeces from North America reported in Nature. The changes reflect differences between pre-industrial and modern diets, highlight an increase in antibiotic-resistance genes, and may explain how the composition of the gut microbiome is linked to the development of chronic diseases. Comparisons of industrial and non-industrial present-day populations indicate that an industrial lifestyle is linked to a lower diversity of the gut microbiome and an increase in the incidence of chronic illnesses, such as obesity and autoimmune diseases. However, our understanding of the evolution of the gut microbiome over time has been limited by a lack of data on pre-industrial gut microbes, owing to challenges in obtaining well preserved DNA. A detailed genetic analysis of eight well preserved authenticated human faeces samples, which are around 1000–2000 years old, discovered in rock shelters in southwestern US and Mexico provides new insights. From these samples, researchers reconstructed 498 microbial genomes, of which 181 show strong evidence of being ancient and of human gut origin. They found that 61 of these genomes were previously undescribed, indicating the presence of species that were divergent from those seen in modern populations. The researchers compared the genomes with those of present-day samples from industrial and non-industrial populations, and found that the ancient, pre-industrial genomes are more similar to non-industrial human gut microbiomes. The ancient and non-industrial samples include an enrichment of genes associated with the metabolism of starches, which may be due to the higher consumption of complex carbohydrates compared with present-day industrial populations. Both the industrial and non-industrial modern-day samples are enriched in antibiotic-resistance genes relative to the ancient samples. These insights shed light on the evolutionary history of the human microbiome, and may aid in our understanding of the role of the microbiota in health and disease.

Owning my own practice is important to me