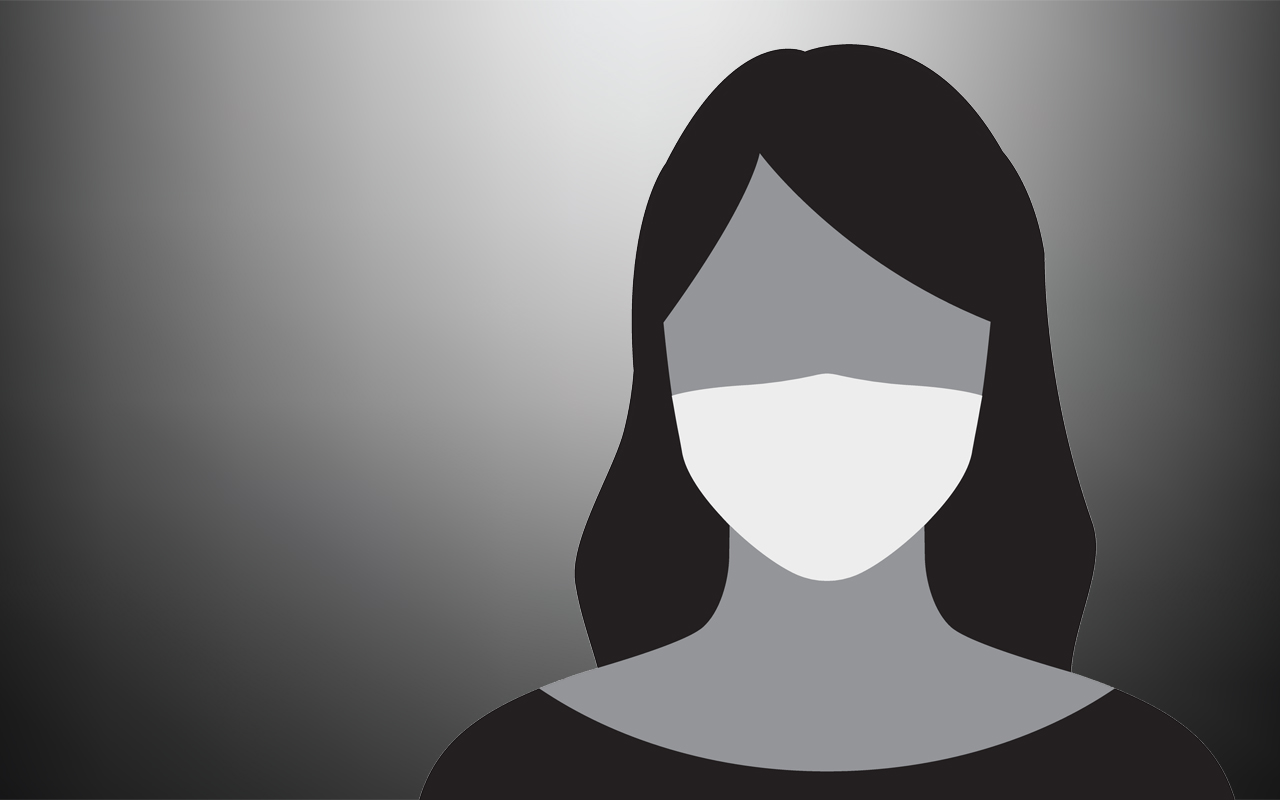 I RECENTLY returned to hospital work and resumed clinical practice after a year or so of research.

While I have been struck by the kindness and support displayed by most of my colleagues, I have also had a stark reminder of the, at times, unpleasant nature of the “hierarchy of medicine”: those telephone consults that leave me with my cheeks burning and thoughts scattered, putting me firmly in my place.

I was introduced to this hierarchy from the moment I began medical school – the pathway to becoming a consultant stretching out ahead of me, with the various stepping stones glinting in the distance. “Becoming part of the furniture” or “blending into the wall” were common jokes thrown around as medical students. We developed chameleon-like qualities, seamlessly adapting to our environment. We became attuned to the best course of action to be most helpful and least burdensome.

As a medical student, I witnessed bullying. I vividly recall standing in an anaesthetic bay watching a consultant do a practice examination with their senior surgical trainee. It was straightforward – something along the lines of “give me the differentials for an inguinal mass and your approach to this work-up”. The trainee’s hands trembled and their eyes darted from side to side as they were unable to conjure up any words – they were like an animal caught in a spotlight. The practice went horribly, and they were ridiculed and told that they were not going to pass their upcoming exams.

The same consultant would relentlessly fire questions at medical student colleagues whom they hadn’t taken a liking to during procedures and humiliate them if they gave a wrong answer, questioning what they were doing studying medicine. They did this in front of other students, their trainees, the anaesthetists and the nurses – I never saw anyone stand up to them, myself included.

I was worried about passing the rotation and was too cowardly to speak up in case I jeopardised my own progress. I studied notes in the bathroom between cases, frantically trying to memorise answers to questions I thought they might ask. I was terrified of getting something wrong. I pulled aside one of their frequent victims to ask how they were coping – they weren’t really, but they had resolved to “endure” the rotation.

This doctor was often kinder on the day after they had an afternoon off with their family. This got me thinking about who they were outside the hospital. What were they like in medical school? Who were their friends, their family, and how did they spend a lazy Sunday afternoon in summer? What triggered this change from a friend, partner and parent to someone who actively made another intelligent grown adult (their surgical trainee, with their own life, family and friends) feel so incredibly small and stupid. It was like the hospital doors acted as a portal to a parallel world, where donning their ID, acknowledging their lofty place in the hospital hierarchy, made it okay for them to belittle those below them.

Thankfully, medical hierarchy doesn’t commonly support such flagrant abuse, and this is one of the only encounters of bullying I have witnessed. But I have experienced and observed plenty of encounters that take a cumulative toll as they subtly challenge your sense of self-worth and belonging in the medical profession.

On my first day as a doctor, I called the radiologist to organise an ultrasound. After introducing myself as the intern, I was promptly hung up on. My registrar gave me an apologetic shrug, and called to order the scan themselves, which was immediately approved.

The first patient I saw in the emergency department with chest pain was a memorably bad experience. I meticulously worked through the chest pain pathway, and nervously called the cardiology registrar, whom I’d been warned was “difficult” to refer to. I was cut off within seconds as they barked questions at me, their tone becoming sarcastic. I completely lost where I was up to and they told me to call them back when I’d worked the patient up properly, and that they didn’t have time to deal with “this”. This experience remained scorched in my mind for weeks, as I replayed how I could have handled this referral better; how I could have been better. In every subsequent referral I made to this doctor, I would fit myself into the small box they had assigned me to.

In contrast, the most confident and valued I feel as a doctor is when I work with people who are approachable, who will listen and are willing to help. When working my first set of night shifts in a hospital a few weeks ago, the registrar on duty pulled me aside to assure me they were there to help and that I could call them at any time. A consultant I’ve worked with several times recently will listen to me while I tell them about a patient, probing my understanding and helping me to construct a thoughtful and holistic management plan. These seemingly straightforward acts make me feel supported and valued; I am confident to ask questions, I enjoy work, I learn more, and I do not hesitate to seek help for a patient I am concerned about.

The existence of the medical hierarchy in itself does not account for the toxic parts of our culture that are quietly, yet methodically, woven into the fabric of our workplace. There is clear justification for a hierarchy in medicine. There must be a clear chain of responsibility for patient care. It is in the interest of patients that the most experienced doctors shape clinical decisions about diagnosis and treatment, and they have a role in communicating their knowledge and skills to their successors.

Additionally, our fear of “speaking up” within a hierarchy does not exclusively operate vertically, but also functions across levels. Ranjana Srivastava, a consultant medical oncologist, shared her experience of not wanting to challenge a surgical colleague’s opinion in Speaking up: when doctors navigate medical hierarchy. She wrote,

“When I ask colleagues what they would have done, each recalls sometimes harboring misgivings about another doctor’s treatment of a patient but feeling unable or reluctant to comment, even when a patient’s life might be threatened — preferring to swallow their discomfort rather than challenge another physician’s viewpoint.”

It is deeply unsettling that the most highly regarded members of our profession are reluctant to challenge another viewpoint. This is a sad and telling consequence of years of working in a system that establishes this as a norm. It starts from being ignored as a medical student, being inappropriately reprimanded for getting something wrong, being hung up on as an intern, being chastised for waking someone up at night for a reason not deemed “good enough”, and being made to feel that, contrary to calling someone out of the best interests of the patient, you are calling to give that person more work or to make their day more difficult.

It is often insidious.

Countless times I have seen another doctor hang up the phone after a perfectly polite conversation, only to roll their eyes, sigh heavily or comment on the low quality of the referral. I have done this too. This sends subtle messages to everyone around them, feeding an undercurrent of ruthless judgement, rather than constructive and open conversation.

Perhaps part of the problem is a hierarchy lacking in empathy. We learn as medical students the importance of communication and of displaying empathy to our patients. Yet we often forget to exercise this as diligently within our own ranks. We quickly forget what it is like to be new, to be junior, to walk onto a ward with 20 patients you’ve never met, to be working in the middle of the night and seeking advice regarding a management plan, which may seem trivial in the light of day. Or perhaps you have a sick child at home, you aren’t familiar with this branch of medicine, you are feeling stressed, or you’ve worked many hours of overtime. Perhaps it is something from that list, or another quirk of being human, that is the reason the person on the other end of the phone doesn’t deliver a perfectly formulated handover, question or referral.

Ultimately, everyone can suffer from the harsh culture ingrained in the organisational hierarchy of medicine. There is evidence to suggest that it leads to poorer outcomes for patients (here and here) and it has a negative impact on the morale and satisfaction of doctors (here and here). Getting “thicker skin” and increasing resilience is a way of further deepening the groove, by establishing the way we experience our place in the hierarchy as an unmalleable rite of passage that one must navigate; one that we have no agency to change. And if you are unable to, well, that is a reflection of you, not of the system in which you are working.

Let us try to weave empathy, kindness and respect into our organisational hierarchy. The onus falls on every person working in it, but particularly on those in more senior roles, who have an influential role in moulding the tone of a workplace. Treating each other kindly and with empathy should not be an abstract goal, or too much to expect. Rather, it should be something we actively pursue and hold ourselves to account, for our own sake, for future medical professionals and for our patients.

The author is an Australian junior doctor.