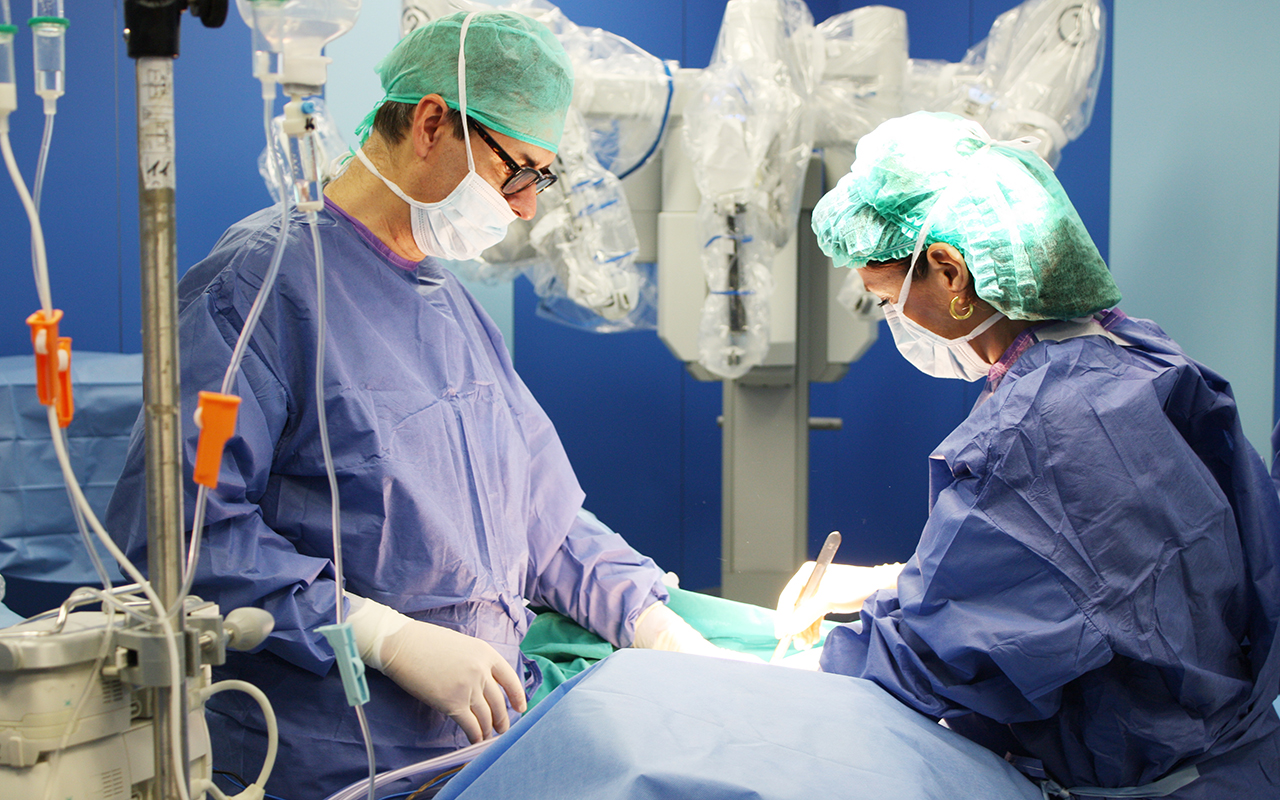 MEN diagnosed with prostate cancer in the private health system are more than twice as likely to have radical treatment as men diagnosed in the public system, new MJA research shows.

After adjusting for age, tumour classification and comorbidities, the researchers found that the proportion of private patients who underwent radical prostatectomy (44%) was larger than that for public patients (28%), with an odds ratio of 2.28.

The researchers reported that the magnitude of the difference for prostatectomy was greater for men aged 70 years or more; while for radiation therapy alone, it was larger for those diagnosed before age 70.

Speaking in an exclusive InSight+ podcast, Adjunct Clinical Associate Professor Ian Haines, co-author of the research, said it was a surprising finding.

“Australia has a unique health system with the private versus the public, often served by the same doctors,” Associate Professor Haines said. “I wouldn’t have been surprised if there was a small difference, but I was surprised at the magnitude of the difference.”

Associate Professor Haines said prostate cancer was the most commonly diagnosed cancer in Australia, and studies had shown a high rate of overdiagnosis.

“One recent Australian study that was in the MJA estimated that the overdiagnosis of prostate cancer was about 40% of all the diagnoses,” said Associate Professor Haines, who is a medical oncologist at Cabrini Health and Adjunct Clinical Associate Professor of Medicine at Monash University.

“It’s a very complex process [for the patient], you don’t want to die, you don’t want to be in pain, but you don’t want the complex treatments,” he said. “The treatment has complications, it can affect potency, can give you diarrhoea if you have radiation therapy, it can cause incontinence of urine, so these are substantial side effects that can affect the quality of life of a lot of men, so there is a lot of discussion that has to be had until you decide on a treatment.”

Associate Professor Haines said further research was needed to better understand the drivers behind these different treatment approaches, but there were several possible explanations.

He said the one-on-one relationship between clinician and patient in private practice, as opposed to attendance at a public clinic, may be one factor.

“And why would men be more likely to have surgery than radiation, for example? Well, it may be that radiation is a long process, you have to turn up daily for weeks, versus one episode of surgery,” he said, adding that patients may decide to “take a chance” on the potential side effects so they can get on with their lives.

Professor Declan Murphy, Consultant Urologist, Director of Genitourinary Oncology, and Director of Robotic Surgery at the Peter MacCallum Cancer Centre, said these findings reflected earlier research, of which he was a co-author, that showed a significant difference in the provision of radical prostatectomy in the private (50.2%) versus the public (28.7%) sectors.

“One of the reasons for this finding, and as we had already reported in our analysis of Prostate Cancer Outcome Registry (Victoria [PCOR‐Vic] data), is that sometimes patients in the public system or in the regions can present a little later. They may present with metastases a bit more often, and hence may be less likely to undergo surgery,” said Professor Murphy, who works equally across the public and private systems.

A second reason for the marked difference in treatments provided, Professor Murphy said, was the relative lack of availability of robotic surgery in the public sector.

Professor Murphy pointed to research that his group has in preparation based on national data which shows that, in 2019, 88% of prostatectomies performed in the private sector were performed using a robotic approach, compared to only 28% in the public sector.

While he said patients with prostate cancer attending the public Peter MacCallum Cancer Centre had had free access to robotic surgery for more than a decade, there was still “disappointingly” little access to such technology across the broader public health system.

“There are huge inequities in access to minimally invasive surgery like robot surgery in the private and in the public system and this may also be influencing those utilisation rates,” he said.

Professor Murphy said while surgical experience had a greater influence on patient outcome than the type of surgery, there were distinct advantages to robotic surgery when treating prostate cancer.

“With robot surgery you are going to go home much faster, with faster return to work and less blood transfusions etc, so there are advantages.”

Professor Roger Milne, Head of Cancer Epidemiology at the Cancer Council Victoria and co-author of the current MJA study, said the findings revealed an issue of equity in prostate cancer treatment.

“There are some limitations to this study. We didn’t have measures of [prostate‐specific antigen] or other clinical measures that might be used to determine the intervention, but I think we had sufficient information to conclude that there is something more going on that means the treatment is different in the public and private sector,” he said in the InSight+ podcast. “And getting to the bottom of that would surely improve outcomes for men in terms of getting the optimal treatment regardless of which sector they have been diagnosed in.”

In the meantime, Professor Milne said the Optimal Care Pathways website provided detailed information for clinicians and patients to help to deal with issues of equity along the pathway of care.