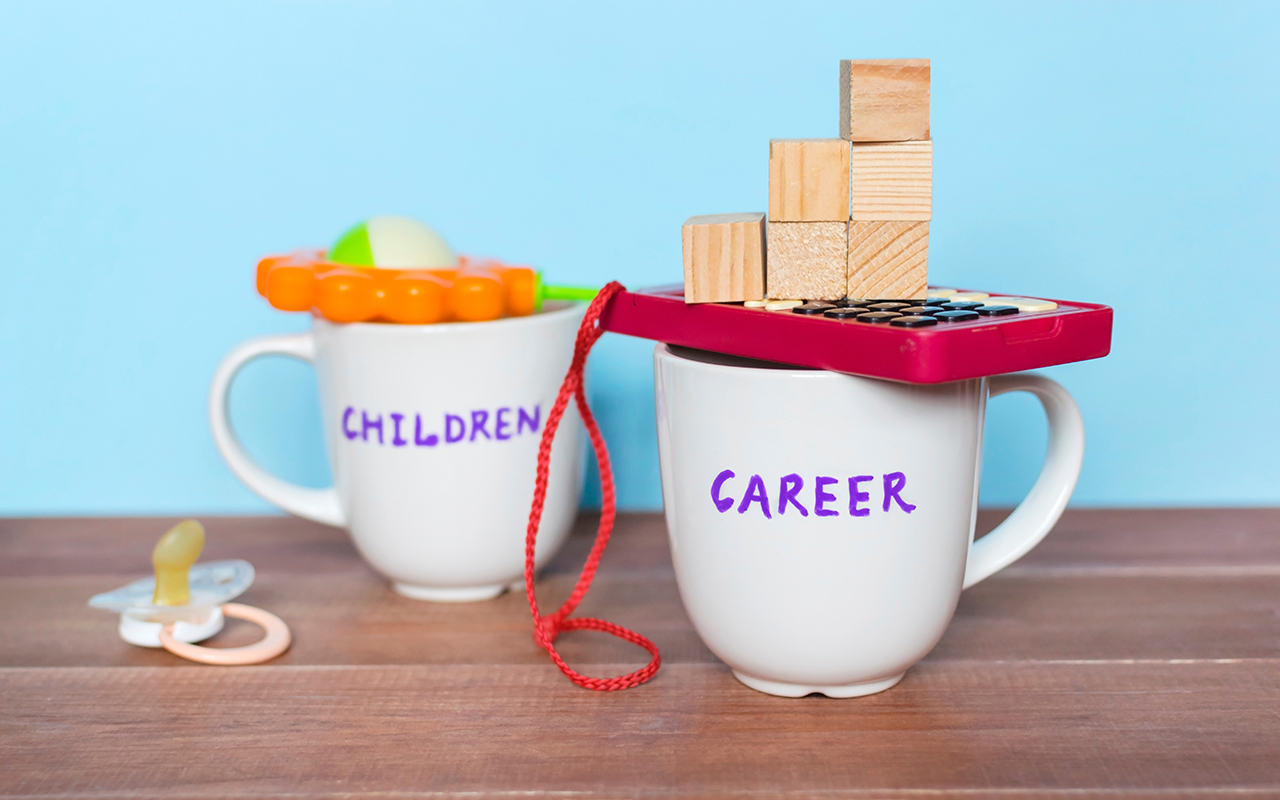 Motherhood and medicine: ball juggling at its finest

JUGGLING a medical career with motherhood can be challenging at the best of times, and in 2020, Dr Dina Elhalawani has had more balls in the air than usual.

As a single mother and full-time GP in regional Victoria, Dr Elhalawani has had to manage her work alongside supporting her 11-year-old daughter, Hannah, who has been spending time being home-schooled during the Victorian lockdowns.

“I’m sure there are lots of people much worse off than me,” Dr Elhalawani. “We are managing, although working full-time and being single is a struggle. All my family are in South Australia so the border closures mean that I can’t see them.”

While Dr Elhalawani had the support of a nanny during the state’s first lockdown, she has been on her own during the second lockdown.

“We have managed because I have been able to change my work hours,” she said, adding that being able to provide telehealth consultations from home during after-school hours had helped her to be there for both Hannah and her patients.

Dr Elhalawani’s comments came as the MJA published a systematic review exploring the experiences of mothers who are doctors.

After reviewing 35 peer-reviewed articles, the authors identified three themes: the impact of being a doctor on raising children, the impact of being a mother on a medical career, and strategies and policies for combining motherhood and medicine. They noted that research on the experiences of mothers in Australia and New Zealand was lacking.

Speaking with InSight+, lead author Dr Rebekah Hoffman, a GP and Senior Lecturer in the University of Wollongong’s Graduate School of Medicine, said the review found that most tertiary educated women had their children at a later age than those with a high school education.

“And specific to doctors, there are certain milestones that people wait for to have children,” said Dr Hoffman, who has two children, aged 3 and 5 years.

GP Dr Melanie Dorrington is mother to two children, aged 6 and 8 years, and has a very supportive partner. She said her second pregnancy was timed to work in with her fellowship exams.

“We had our first child at the end of my first year of registrar training, and fell pregnant with our second child around the time of my fellowship exams,” Dr Dorrington said. “These were specifically planned due to my age, for my first child, and fellowship exams for my second – I waited until I knew I had passed my written exams before starting to try to fall pregnant again,” Dr Dorrington said.

The MJA authors wrote that US researchers had found that female surgeons were twice as likely as male surgeons to delay having children until after postgraduate residency training.

“Women who had children early in their career felt less financially secure and more anxious than women who commenced families later in their career,” they wrote.

Dr Hoffman said many women also chose careers in general practice because they perceived this to be a more flexible, family friendly setting.

“I personally think that is a bit of a misconception, particularly in the training years, general practice isn’t entirely family friendly as a registrar,” she said, noting that there were no studies on this.

Dr Elhalawani had wanted to pursue a career in obstetrics and gynaecology – and was accepted into the training program – but declined the position because she thought general practice would be a better fit with motherhood.

“That decision was purely because I had Hannah, I was single, I had to find a career where I could continue working and still manage Hannah by myself,” Dr Elhalawani said.

“That would be the main career decision that was definitely affected by being a mother. It would have been extremely difficult to do [obstetrics and gynaecology] training with a toddler by myself.”

However, Dr Elhalawani concurred that general practice also had its challenges.

“Being a GP, you are pretty much a private contractor, so there is no paid leave, no maternity leave, even sick leave. When Hannah was little and sick and I had to take the day off, that was unpaid,” she said.

The MJA review included studies concerning the strategies and policies to assist women to balance motherhood with a medical career.

Dr Hoffman said US studies looking at hospital-based practice had highlighted some positive strategies for supporting mothers in the medical workplace.

“There are there are some hospitals [in the US] that offer breastfeeding rooms, day care on site, and do really good job share,” she said. “And [these hospitals are] consistently reported to be more attractive for employees that are female.”

Dr Dorrington said returning to work when her children were aged 10 weeks and 9 weeks respectively was made easier by having a supportive work environment.

“I have been supported to have time to express breast milk at work to be able to continue breastfeeding. I note that I have had female bosses and this may have an impact on this as well,” she said, acknowledging that her experience did not match that of many women.

Dr Dorrington said that many barriers experienced by mothers in medicine were based on the “socio-cultural norms surrounding women and mothers”.

“We know that for most heterosexual couples there is gender equality in the division of housework before children, but despite this there is, in general, a shift once children enter the household to them taking on more traditional gendered roles, with women doing more housework and childcare, which continues even when children are school aged,” she said.

“Feminism has done a great job of opening doors for women and expanding their horizons. Unfortunately, we are all raised in this patriarchal culture, and while options and expectations for women have opened up, they remain principally unchanged for men. There is no expectation that a man will need to make any changes to his working life when there are changes in his family life, for instance.

“I think the particular challenges in medicine regarding motherhood/parenthood arise from the extent of training and timing of this training, as well as rigidity in training practices.”

Dr Dorrington added that some challenges had been amplified in recent years with the shift to postgraduate medical degrees.

“In my class I believe that 24 was the average age in first year, and we certainly had people in their 30s and into their 40s too, if I recall correctly,” she said.

“The university degrees are not flexible in delivery for parental or any other form of leave.”

And, she said, these pressures continue once doctors are in specialty training.

“It is hard studying for these major exams on top of working normal hours. This is definitely harder if you have a family who you want to be able to see and spend time with,” she said, adding that this did not only affect women. “A male doctor’s wife commented to me once after their first child that she was not having any more until he had finished his exams as she did not want to be a single parent again.

Dr Dorrington said in terms of policies and strategies to assist mothers to pursue medical careers, it was important to broaden the conversation beyond maternity leave, return-to-work policies and breastfeeding.

“We need this to be viewed as ‘our’ problem, not as ‘her’ problem. The systems and structures need to be changed, not the people,” she said. “For parent/doctors, we do need to have changes that allow comprehensive, universal parenting leave, flexible/shared/part-time schedules, breastfeeding accommodation, and on-site childcare facilities, including being available overnight.”

In the meantime, Dr Dorrington said she was trying to improve her work–life balance by more often saying “no” to some work commitments and “yes” to family.

“I have recently withdrawn from my positions on the committees for the Australian Federation of Medical Women as well as the ACT and Region Medical Women’s Society, though I will continue to be involved as a member.”

Dr Elhalawani said some things were easier now that Hannah was older, but school holidays, and after-school care were more difficult than during the pre-school years.

She said she would welcome the introduction of more family-friendly policies in general practice, and medicine more generally.

“It’s definitely good that someone is talking about [the challenges of combining motherhood with medicine], maybe it will get better.”

15 thoughts on “Motherhood and medicine: ball juggling at its finest”