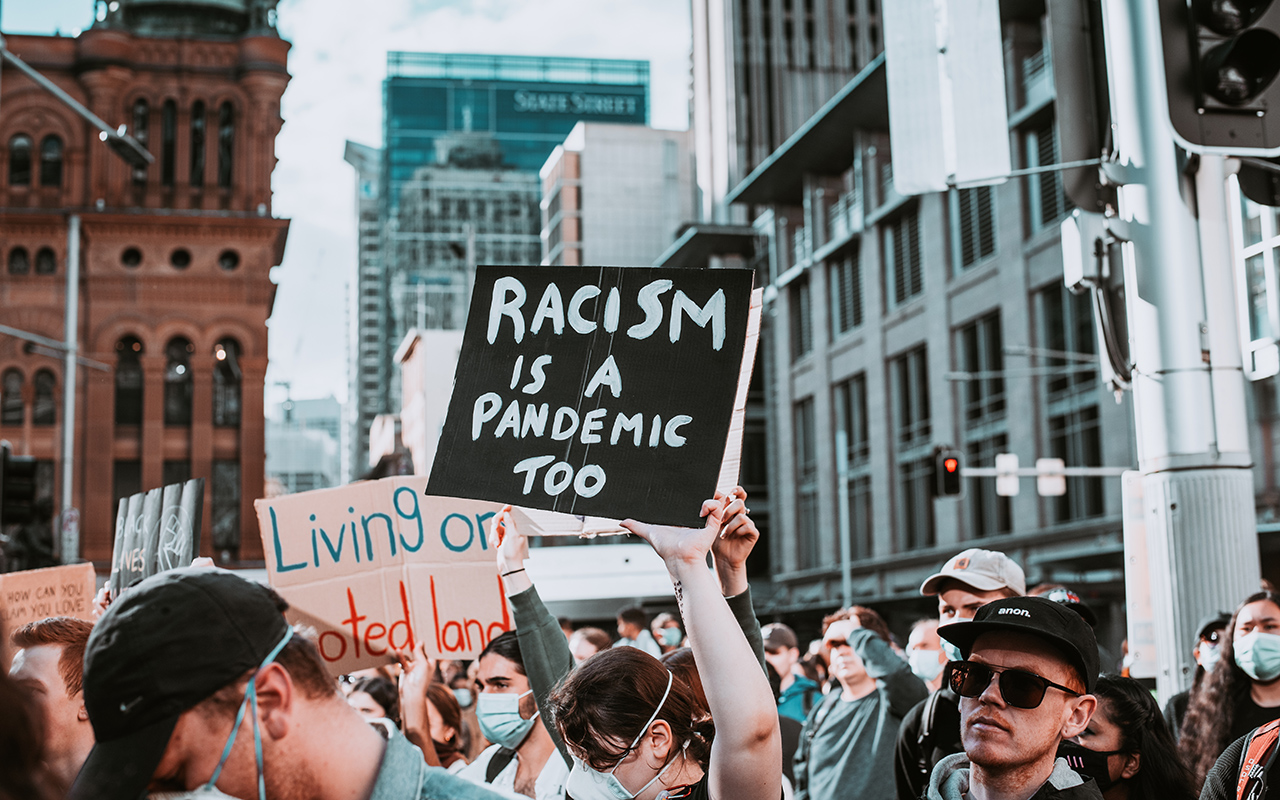 “If we are committed to Black lives, we should be committed to diagnosing the problem properly. We have the wrong diagnosis here, so of course, we are giving the wrong treatment. If it worked, we would have seen changes.”

ASSOCIATE Professor Chelsea Bond, Munanjahli and South Sea Islander woman and a Principal Research Fellow at the University of Queensland, says in an exclusive InSight+ podcast that racial violence within the Australian health system is at the heart of the continued health inequities experienced by Aboriginal and Torres Strait Islander peoples.

And, she said, the latest iteration of the Closing the Gap policy, which came into effect on 30 July this year, was unlikely to change the course of Aboriginal and Torres Strait Islander health in Australia.

“We have an agreement that we have signed up to, apparently, and all it does differently from the last decade or so of failure is that it enables the government to blame Indigenous peoples – both the [Coalition of the Peaks] and the Blacks on the streets – that the failure and the ongoing problems are because Aboriginal people are the problem,” she said.

In a Perspective in the MJA, Associate Professor Bond and colleagues wrote that despite the “parlous state of Indigenous health” in Australia, the Black Lives Matter movement had failed to ignite the kind of urgency that the global movement had sparked elsewhere.

“What we have been presented with, aside from the Health Minister admonishing Black Lives Matter protestors for putting the health of the public at risk, has been the triumphal announcement of ‘research projects’, the release of a ‘landmark report’, and a drafting of ‘refreshed’ and ‘historic targets’. All of these supposedly fresh responses were on track before the Black Lives Matter movement hit our shore,” they wrote.

“The Australian health system’s Black Lives Matter moment is best characterised as indifferent; a ‘business as usual’ approach that we know from experience betokens failure.”

In the podcast, Associate Professor Bond said the latest Closing the Gap agreement did not offer “real, substantive change for Indigenous people”, and, coming as it did amid the Black Lives Matter moment, was an “insult”.

“When we look at the detail, what we see is not an ambitious plan for Closing the Gap, in fact we see an abandonment of parity in this new agreement,” she said.

Bond and her co-authors proposed abandoning the “failed” Indigenous health policy of Closing the Gap in favour of a health justice framework. The proposed framework has six elements:

“Year after year the data is provided to the Australian Parliament, and the gaps are clearly not closed, let alone aspiring to more than just closing the gap,” Associate Professor Bandler said.

“Yes, we can revitalise or review or revise, whatever you like to do with that policy, but as is highlighted in this article, it is fundamentally flawed in its ideas.”

“I like the clarity of those statements,” she said. “They make clear what needs to happen. And certainly, what we are doing at the moment, however it’s rephrased, isn’t working. So, here is a set of six things to do and we should get on with it.”

Associate Professor Bandler also welcomed the amplification of Indigenous voices in the MJA article, which begins with the words of Kevin Yow Yeh, whose grandfather, Kevin Yow Yeh Sr, “apparently had a heart attack at the Mackay watch house” and died at the age of 34 years.

“So many articles start by outlining the disparities in Indigenous health, but this article … begins with and continues with an Indigenous voice and that’s really critical,” she said.

Dr Summer May Finlay, a Yorta Yorta woman, public health professional, lecturer at the University of Wollongong, and Postdoctoral fellow at the University of Canberra, said the Black Lives Matter movement had made a “significant impact” at the community level, but had been “dismissed” at the political level.

“Black Lives Matter has certainly had an impact at a grassroots level – we are seeing community coming together in a way that they haven’t before and people who probably haven’t been across Aboriginal and Torres Strait Islander issues or issues for people of colour are starting to learn and to self-educate,” she said.

“But what we haven’t seen is significant involvement or attention to the Black Lives Matter movement from the political parties, particularly, and politicians individually.”

And while Dr Finlay agreed with the health justice strategies outlined by the MJA authors, she said such an approach could be adopted under the Closing the Gap framework.

“Ultimately, it doesn’t matter what the name is; what matters is what’s in the framework and its implementation,” she said. “There is no reason why these strategies cannot be adopted under the Closing the Gap framework.”

Dr Finlay said acknowledging and addressing systemic racism and encouraging self-reflection and self-education among health care professionals were critical steps in making the substantive changes required to improve the health and wellbeing of Aboriginal and Torres Strait Islander people.

“A lot of it goes to unconscious bias. If you ask most health professionals about how they treat a black life or a white life, they will just say they treat people equally. But we know that doesn’t happen in practice,” she said. “So, it will require people to do a fair bit of self-reflection and a fair bit of self-education to address this.”

This was a hurdle for many, she said, because generally people did not want to feel bad about themselves or acknowledge a need to change.

“They don’t want to get uncomfortable because it’s all too hard,” she said. “But a mother dying; that’s harder than being self-reflective.”

Dr Finlay said she was “slightly more optimistic” about the future, but said change was far too slow.

“My grandmother died at 49, and my uncle, my cousin and aunt all died. They formed the statistics that we are actually looking to address,” she said. “I think there has been significant improvement in the health and wellbeing of Aboriginal and Torres Strait Islander people but the gap is staying the same because the health and wellbeing of non-Aboriginal and Torres Strait Islander people are improving at the same rate or greater.”

“This historic Agreement is the culmination of a significant amount of work undertaken by the Joint Council on Closing the Gap and developed in genuine partnership between all Australian governments and the Coalition of Aboriginal and Torres Strait Islander Peak Organisations,” they said.

The spokesperson noted that the Agreement was centred on four priority reforms:

“There are 16 national socio-economic targets that will track progress in improving life outcomes,” they said.

The MJA authors wrote that what was needed was “an Australian health system that has steadfast commitment to Black lives; not as in need of saving, but as deserving of care”.

Associate Professor Bond said if we shifted the focus to Aboriginal and Torres Strait Islanders being deserving of care, then we would consider different measures and use different language.

“The system is happy to talk about ‘discharge against medical advice’, ‘non-compliance’ and ‘health literacy’,” she said. “But the system refuses to look at itself … and diagnose how the system is working to produce these racialised outcomes.”

It is time to call time on Closing the Gap