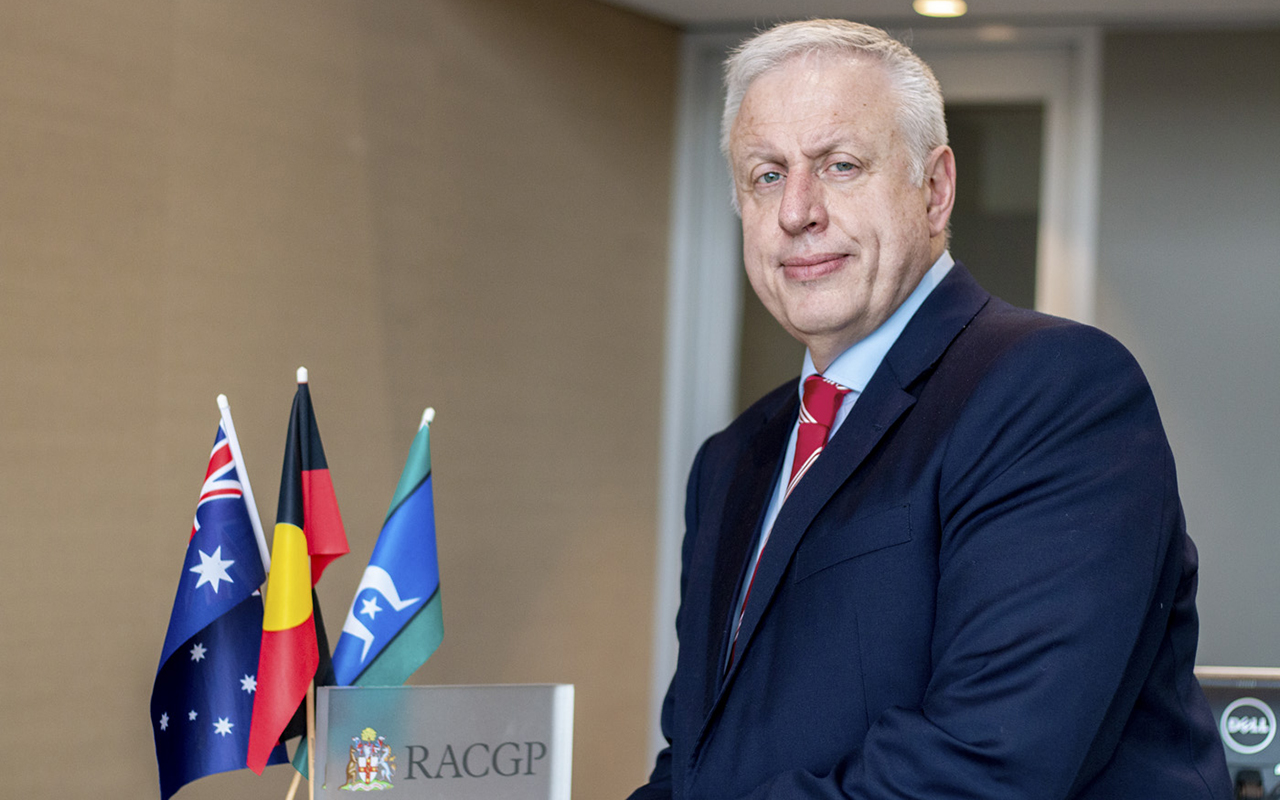 TRIBUTES have flowed for Dr Harry Nespolon, President of the Royal Australian College of General Practitioners (RACGP), who died on Sunday 26 July of pancreatic cancer at the age of 57, after a 9-month illness.

While leaders of other Colleges, the Australian Medical Association (AMA), and the Australian GP Alliance were quick to salute Dr Nespolon’s legacy as an advocate and champion of general practice, it was left to friend and colleague Dr Will Errington to sum up the man.

“I was lucky to know him,” Dr Errington said.

“He was great company, a caring mentor, and fantastic family guy. He’s done so much. It’s a cheesy cliché but he packed so much in to one lifetime – certainly five lifetimes’ worth of higher education.”

From 1995 to 1998 he worked for the AMA as their Medical and Policy Development Manager.

His involvement with the RACGP began as a Council Member of the NSW Faculty from 2012 to 2016 and culminated in his election as national President in October 2018.

“Harry was unbelievably generous and gracious with his time, no matter how busy he was,” Dr Errington said.

“He was a phenomenal president. When he got in I thought ‘this is great’, because not only was he very good about the business side of running practices but he was very politically astute, and could maintain fantastic relationships with whichever government was in power.

“Filling his shoes is going to be very difficult.”

The man tasked with doing just that, RACGP vice-President and now Acting President Dr Ayman Shenouda, was full of praise for Dr Nespolon’s courage and legacy.

“Harry led the RACGP with integrity until his very last day. He always fought to best represent the interests of general practice including GPs and nurses, receptionists and administrative staff,” he said.

“His commitment to the profession was nothing short of legendary. This was particularly the case during the last 9 months when, despite a terminal diagnosis, he provided outstanding leadership and continued to advocate on behalf of primary care until he could no longer hold on.

“The summer’s bushfires and the COVID-19 pandemic tested general practice like never before. Dr Nespolon stood up for GPs and made sure that government was aware of the crucial role we play when health crises strike Australian communities.

“We could not have asked for anything more from him, Harry gave everything he had and achieved so much.

“He will always be remembered as an extraordinary GP and a great leader. I feel privileged to be in a position where I can continue on Harry’s legacy. What he achieved during his time as President was nothing short of extraordinary and I will draw inspiration from his seemingly never-ending drive, energy and resilience.”

“Harry was a great defender of general practice. He stood up for doctors. He and I spent many hours working with government officials to improve our health care system for the better. He simply was passionate about his patients and their care.

“Even during the final stages of his illness, Harry kept working full pace on behalf of GPs. Indeed; in the last few months, he always was present.”

“He was far too young and had many years of contribution ahead of him,” he said.

“Dr Nespolon demonstrated his dedication to his members and the best interests of the health of Australians over a distinguished career and recently at the height of perhaps the most difficult period in our lifetimes as medical professionals.

“It is typical of Dr Nespolon’s work ethic and passion that he worked hard for his members and the profession right throughout his illness.”

“Harry lead the RACGP and represented the interests of general practice with energy and commitment, and was particularly inspirational during the last 6 months where, despite a terminal diagnosis, he provided leadership for both the nation and the profession at a time of crisis.

“[He] understood the critical importance for general practice to be both vibrant and viable to deliver the high quality of primary health care that Australians expect”, Dr Deery said.

“He worked hard to maintain funding at a critical time and to try to make sure that the small businesses that are GP practices are viable business entities. Harry was well aware that unless these small businesses are viable, the platform to deliver high quality primary health care will not exist, and the health of Australians will suffer accordingly.

“He also stood against attempts to reduce the quality of primary health care by opposing the use of paramedical personnel to diagnose and prescribe, despite determined lobbying from industry organisations representing the paramedical interests.”

Dr Nespolon is survived by his partner Lindy, and his daughters Ella and Hannah – whom he called his “butterflies”.