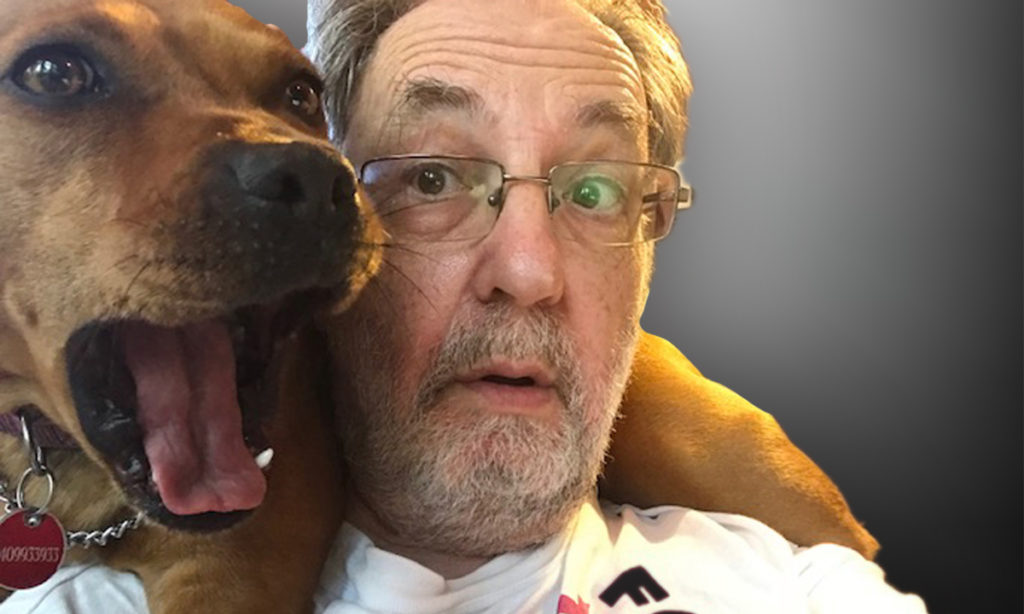 HOW many readers of InSight+ would take seriously proposals for do-it-yourself colonoscopy with self-administered anaesthesia that entails listening to podcasts of academics’ lectures?

This is one of a number of creative approaches to public health proposed in a new paper by my smart little dog Ollie, perhaps better known through her alter ego as Dr Olivia Doll, Senior Lecturer in the Subiaco College of Veterinary Science. As InSight+ readers may recall, Dr Doll’s interest in exposing predatory journals has led to her membership of several editorial boards, and co-authorship of published articles along with distinguished canine colleagues such as Dr Alice Wünderlandt, and a long-departed family spaniel, immortalised as Professor L’Epagneul (who writes as Macallan Professor of Alcohol Experiential Proficiency at the Subiaco Institute of Alcohol Studies – and still receives emails from some so-called journals despite an auto-reply regretting his inability to respond owing to his demise many years ago).

Despite occasional exposés and criticisms, the predatory journals continue – a cynical ploy to extract money from young and naïve researchers in both advanced and developing countries who are led to believe that “publications” in these journals will help to advance their careers.

So Dr Doll decided to explore and expose the cynicism of these journals further. Her newly published article, Digital technology to ease pressures on the health system argues that there is much scope for health systems to save money by combining experience and resources in different public health programs.

“Following RBT, male drivers would be requested to step out of their vehicles, then escorted to a tent by the side of the road where specially trained police officers would administer digital rectal examination.”

She notes that there may be limitations, including the need to ensure a continuing supply of appropriate gloves – which, among other absurdities, she suggests could then be offered to those tested as a memento. She also suggests that there may be merit in developing further explanatory materials for visitors from “developing countries such as New Zealand, who may have some difficulty in understanding standard English texts”. And so it goes – ever more extreme, from a special “Wash the Finger” education program with the appealing acronym WTF, through to do-it-yourself colonoscopy. As she points out, all this would add a new dimension to general perceptions of digital health strategies, while concluding that “the proposals, while innovative, may turn out to have some unforeseen drawbacks”.

This article was accepted without hesitation, at a much reduced rate because the author (whom a single Google check would have shown to be a dog – a beautiful dog, but a dog nonetheless) was an early career researcher. The “journal” even claimed that it had engaged in a peer review process.

There is entertainment to be had from this kind of nonsense being accepted and published, but it also shows that despite the criticisms and exposés, these verminous so-called journals continue unconstrained. Anyone with an academic email address receives a steady flow of communications with headings such as “Healthy invitation”, “Honorable Contribution”, “Gladden with your submission”, or even “Glorious greetings”. They refer to the recipient’s importance and eminence, promise “rigorous peer review”, offer editorial board positions, promote fabricated impact factors, and end with appeals such as “my humble requisition is to give me a chance to publish your astonishing research work”. They often come from publications with titles light years away from the recipient’s area of expertise, and from obscure locations with addresses in the United States or the United Kingdom that look convincing, but turn out to be paid forwarding addresses and with phone numbers that do not respond. But wherever they are located, they have one thing in common: all they require is a fee, ranging from hundreds to thousands of dollars, and they will publish anything.

And it clearly works for them.

So what is now needed? There have been various attempts to curb the scope of these “corrosive and dangerous” publications, and the predatory journal factories from which many of them emanate, with approaches proposed ranging from listing the worst offenders to developing a certification process. It is to be hoped that these will be pursued by national and international academic bodies. But in the meantime, it will be important to provide timely advice to those young and impressionable researchers who may be fooled by the enticing letters of invitation.

A good start would be ensuring that all Australian universities and research institutes have clear policies and processes to minimise the impact of predatory journals. These could include regular communications to all academics and students alerting them to the existence of these publications, counselling against any engagement with them, and recommending that advice be sought from university libraries and academic mentors before submitting articles to any journals about which there might be some doubts.

In the absence of further such action and continuing exposure, the predatory journals will continue to flourish. This will offer continuing scope to Dr Olivia Doll and her canine colleagues to propose novel approaches to public health, but will be a continuing blot on the academic landscape.

Professor Mike Daube AO is house-trained, bites only in the interests of public health, and has received 18 emails from predatory journals and conferences in the past 2 weeks.