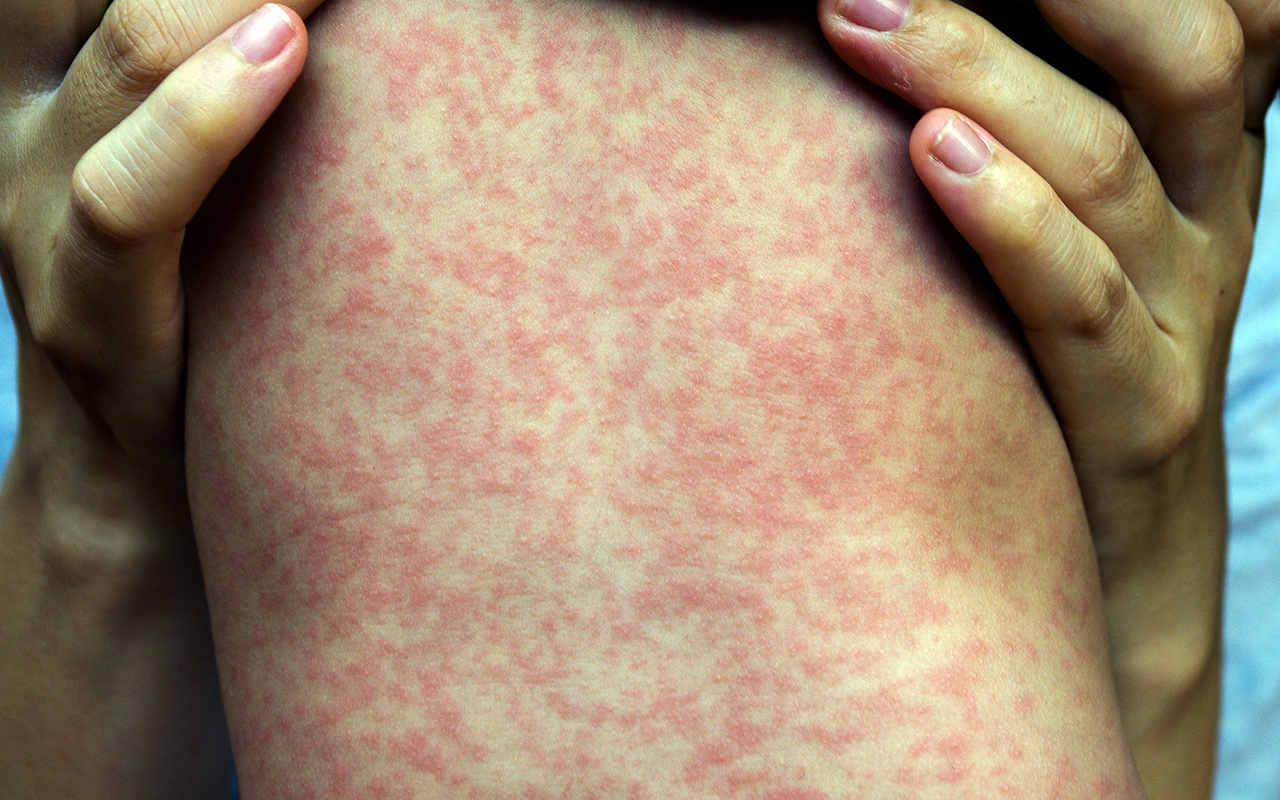 A MEASLES outbreak that was lapping at Australia’s shores earlier this year has been stopped in its tracks by border closures to address the COVID-19 pandemic, but experts warn that vigilance remains crucial to prevent a post-pandemic spike in measles cases.

Professor David Durrheim, Conjoint Professor of Public Heath Medicine at the University of Newcastle, welcomed the dramatic fall in case numbers. He said that in 2020 so far, there have been only 25 cases in Australia, with no new cases in March and April. New Zealand has had only seven cases this year, and no new cases since January, while the Pacific Island countries had reported only one case in March and none in April.

This comes after a measles outbreak in Samoa between September 2019 and January 2020 which resulted in more than 5700 cases and more than 80 deaths, mostly in children aged under 5 years.

In a Perspective published in the MJA, written before the COVID-19 pandemic, Professor Durrheim and colleagues warned that Australia was “an island in a sea of measles”.

In 2019, Australia had 285 confirmed measles cases, the authors noted, which was the highest number reported since 2014, when the Regional Verification Commission for Measles Elimination in the Western Pacific verified that measles had been eliminated.

Professor Durrheim said the dramatic decline in cases since early 2020 was a result of the border closures in response to the COVID-19 pandemic.

“The same measures that have served to keep COVID-19 out, have kept measles out as well,” he said.

“We shouldn’t be surprised because measles is also spread by droplet but it is also much more transmissible [than COVID-19],” he said. “It has a reproduction number [the average number of cases generated from a single case in a fully susceptible population] of between 9 and 18, which is about five times the reproduction number of COVID-19.

“Aerosolised particles of the measles virus can hang around in the air for up to 2 hours after a person who is infectious leaves, so you can be infected in their tail wind.”

Professor Durrheim warned that there was a danger of future outbreaks once COVID-19 travel restrictions were lifted.

“In some countries in South-East Asia and Sub-Saharan Africa, that were already struggling to achieve high measles vaccination, health systems are under great stress as they battle COVID-19,” Professor Durrhiem said. “So, measles outbreaks globally could be much worse post-COVID-19 than they are at the moment.”

He said that Australians had to remain vigilant in ensuring they were fully vaccinated once travel restrictions are lifted.

“Australians love travelling – except in the time of COVID-19 – and it’s mainly Australians who are inadequately protected who bring the virus back,” Professor Durrheim said.

“The finger is often pointed at people who are visiting from overseas bringing the virus in, and that is sometimes the case, but the majority of introductions are due to Australians who are inadequately protected bringing the measles virus back into Australia and then it spreads.”

Associate Professor Anita Heywood, Associate Professor in Public Health at UNSW, said while COVID-19 restrictions had had a positive impact on measles case numbers, there were concerns that the lockdown could result in a cohort of undervaccinated children.

“Parents may have been reluctant to visit a healthcare setting or access to face-to-face appointments may have been limited, so we may potentially see a decline in our currently high childhood immunisation coverage,” she said. Unless parents are vigilant about getting their children caught up, we may see a decline in our population immunity to measles.”

In December 2019, 94.31% of one-year-olds across Australia had been vaccinated for measles. A population immunity of 95% is required to eliminate ongoing measles transmission.

The MJA authors warned that clinicians should be on the alert to the possibility of “breakthrough infections”, which occurred in one in 300 fully vaccinated people who were exposed to measles virus.

They said measles should be considered in all patients presenting with fever and rash, particularly if there is a history of travel. The authors also noted that breakthrough infections often presented as “modified measles” with mild to moderate rash and less pronounced prodrome.

The authors also noted that adults born between 1966 and 1982 may be more susceptible to infection, being born after circulating measles began to decline and who were unlikely to have received two doses of the vaccine.

“There is really no harm in having a third dose if one can’t find one’s record,” Professor Durrheim said. “It’s the same vaccine and the last thing one wants to do is to suffer measles infection because measles is a killer disease.”

Associate Professor Heywood said it was also worth checking on the immunisation status of adolescents and young adults.

“This age group make up the highest proportion of those who bring measles back to Australia after an international trip, and secondary cases are more likely to be young children who might have missed out on their vaccines or are too young to be vaccinated.”

Associate Professor Heywood echoed the MJA authors’ calls for vigilance in the coming months among clinicians and the community in ensuring vaccination was up to date and that diagnosis was prompt.

“There may be a lot of younger doctors who have never seen a measles case before, it’s been quite rare since the late 1990s,” said Associate Professor Heywood.

One thought on “COVID-19 lockdown suppresses measles, but beware the return”