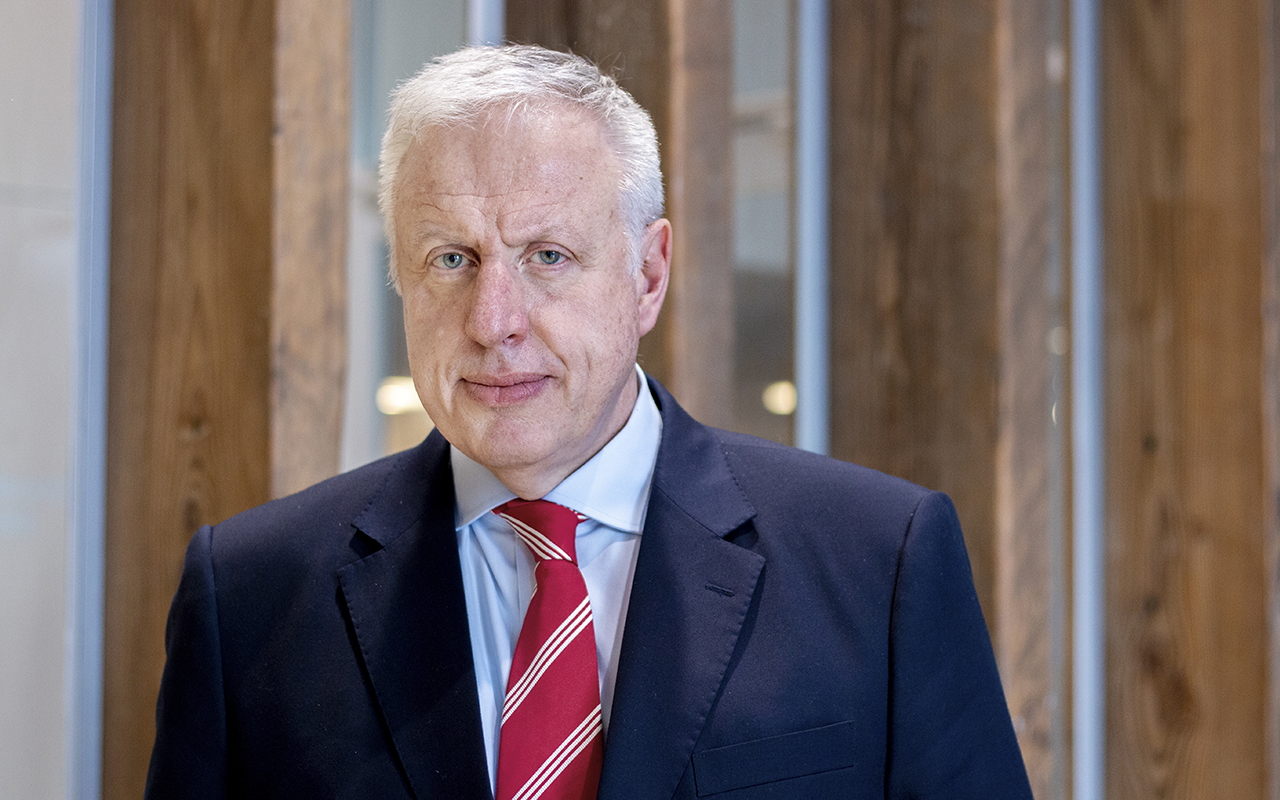 Dr Nespolon:               Thank you. General practice has, especially over the past 6 years, been both financially and in terms of status degraded. I don’t think people understand the enormous damage that the [Medicare rebate] freeze has done to general practices.

Dr Nespolon:               I believed that I could try and address some of these issues. It’s only for 2 years, and I think that’s part of the problem. All you can do in 2 years is to continue the work of the previous president and line up some work for the next president.

We’re the most efficient part of the health care system. It’s time that the government supported it. And as a College, we would like to see the current 8% spent on general practice increased at the very least to about 10%, which would be an extra $2 billion investment in general practice. That’s number one.

To give the Minister his due, he’s certainly listening. And we’ve already been able to get some extra money through his last statement, but it’s a beginning. It’s nowhere near where it needs to be. And to answer your question about going forward, we need to have a real prominence at this coming election.

We need to make sure that primary health care is adequately supported to exist, to start off with, and then to deliver good outcomes. And the rest of the system needs it to work, otherwise, politicians won’t be able to build enough hospitals to deal with the people that’ll need them, and the insurers will never be able to cover the costs of insuring what is generally an unwell population.

InSight+:                      Does that strategy extend to convincing medical students and junior doctors to move into general practice? Is that an area that needs some work?

Dr Nespolon:               Absolutely. That needs an enormous amount of work. The second issue is morale. The morale of general practice, I would say, overall is not particularly good. Angry would be probably a good way to describe it. The GPs really do feel that we’ve been let down by the politicians. We need to make sure that doesn’t happen again and that we redress the losses that have occurred over the previous 5 or 6 years.

InSight+:                      Clearly, the Australian primary health care system is in demand. You, the Royal Australian College of General Practitioners, have just signed up to train Chinese GPs. In terms of the Chinese deal, you’ve copped a bit of flak about lack of consultation with the College members. Do you take that onboard?

Dr Nespolon:               I thought that that was completely unwarranted. This is not one of those issues that we need to consult the members on. There’s lots of things that Colleges do. This is a potential benefit to the College in the long run.

Dr Nespolon:               Potentially financially, yes. We’ve got intellectual property that we’ve developed here in Australia that cost a lot of money to develop and takes a lot of effort. But more importantly, it was a good news story. It wasn’t a bad news story, it was a great news story. It was a story about how good general practice is in Australia that the standards are high enough that other countries – and it’s not just China we had deals with, other Asian countries as well use our [information technology services] – and it shows that general practice in Australia is delivered in a high quality way that other countries look up to. That should have been the story in my view, and that’s not just because I’m president of the College. This is a story about an Australian company going overseas. Isn’t that what we want Australia to do? I’m not sure that we really need to go to the members on that.

The big elephant in the room, is that there’s no doubt that the relationship between the College and its members could be better, and it’s certainly one of the things that I’ll be working hard at. The College needs to work harder for its members. Hopefully, we will see over the next little while that we are working for general practice, and working for our members. That’s happening.

Dr Nespolon:               First of all, mandatory reporting as it is currently is atrocious and I would actually call it something like regulatory bullying. It stops doctors from visiting their GP. GPs don’t need to be put in the invidious situation in which they might need to report one of their colleagues. We don’t want doctor patients, whatever their specialties, be they GPs or other specialists, not coming to see their GPs because they’re afraid they’ll lose their job.

GPs do this every single day of the week. We deal with patients who are seriously mentally unwell, and some of them shouldn’t be working, and if that’s the case, then it’s highly likely that the GP will say to that doctor, “perhaps you should think about not working”. That is more likely to make people seek help.

Junior doctors and doctors within the state hospital systems shouldn’t be going to see the staff specialist or the practice that’s inside their system. All interns should be made to go out and contact a GP, get their immunisations done if that’s what they need to have done. At least then they’ve made contact with someone outside of the system, so if they do run into problems, they’ve got someone to see rather than being caught in a place where they’ve got nowhere to go.

Mandatory reporting laws work very much against that.

Dr Nespolon:               Not yet, but I would, absolutely. We’re certainly being very strong on the mandatory reporting. We made lots of submissions to the Queensland government not to pass legislation until it moves to the Western Australian version. [Queensland passed that legislation on 4 February 2019] The governments should be ashamed of themselves. You can quote me on that.

There will be a lot of doctors out there who would rather work than lose their jobs, just like any other Australians.

Dr Nespolon:               We are pro harm minimisation. There should be pill testing. We have come out and said it frequently. We’re not saying that we should be legalising these drugs. It is about trying to save lives. We would rather see the police spend their time trying to catch people who are pushing the drugs, rather than trying to arrest people who are buying the stuff in small quantities, usually for personal use. I’d rather see the police catching criminals rather than telling parents that their child is dead.

Dr Nespolon:               Vaping is a much more interesting issue. There are certainly strong arguments both ways, but the current evidence suggests that vaping may lead to smoking. Until the evidence is a little bit clearer, then I think the College at the moment doesn’t have a strong view one way or the other, but would probably take the view that we shouldn’t be encouraging it. We still need to wait for the evidence to come in.

Dr Nespolon:               Absolutely, both. The College is taking over, which is the right thing, and should have happened years ago. One of the issues with GP training, in my view is that every time a young doctor looks across, what do they see? The training changing. Basically, the training program is changed every 3 years.

The problem has been that if you’re a young doctor all you see is problems [with GP training]. Hopefully, now that it’s under the Colleges – can’t forget about our colleagues at [the Australian College of Rural and Remote Medicine] – there will be a consistent marketing, consistent promotion, consistent presentation of general practice so that general practice does become the training program of choice. It should be.

We’re certainly getting far too many specialists at the moment. More specialists are being trained than there are GPs, which is the wrong sort of ratio.

We’d like to promote a strong program that is supported strongly by the government. The reality is that ever since the workforce agency has been closed down, it’s been much more difficult to work out exactly where GPs are. But [we know that] GPs are getting considerably older, and that if we don’t train more GPs, we will end up like England, where they are trying to find a lot of GPs because they’re underpaid and overworked and it’s not become a desirable entry point into training for junior doctors. If we don’t do a lot of the things that we’ve been talking about today, that’s where we’re going to end up.

There’s this presumption that young doctors know what general practice is and what general practice does. That’s a very big assumption. Let’s face it, medical students’ training is all from specialists. They rarely see GPs in their training. They don’t know what GPs do. [Another reason they should] go out and get a GP, which is the current recommendation of the Medical Board of Australia.

Dr Nespolon:               Again, it’s a start. We’ll see what the aged care royal commission comes out with. GPs are often the only independent people that regularly come into a nursing home. That’s number one.

Number two, often patients have been with that doctor for 20, 30, 40 years, 50 years even. When they’re going through a particularly traumatic change in their lives, often these patients are incredibly complex and there’s no doubt that their regular GP is probably in a better position to take care of them than someone taking over the care of the patient. What we would like to see is a decrease in the barriers to GPs going into residential aged care facilities.

There does need to be an acknowledgment about the time that it takes to go, to get to one, and all the costs involved. One of the problems is that often these patients if they require something a little bit more complex, it’s often much more difficult to do. It takes a lot of time, a lot of non-face to face time, which basically the GP’s doing for no cost at all.

Dr Nespolon:               If you want some sort of big picture stuff, one of the fundamental problems with our system, which unfortunately I don’t think any government is brave enough to tackle, is the whole state–federal issue. The bridge between that is potentially general practice, but again, it’s all just a little bit too hard, and costs the system an enormous amount of money.

The private health insurance system – the current system clearly isn’t working despite the financial gun to people’s heads. They’re leaving the private insurers in droves. And I’m not sure at what point in time that we get beyond the simplistic argument … and say, “Hey, perhaps we really need to look at the system.” It’s not working. It’s not working for Australia. It’s a very expensive system.