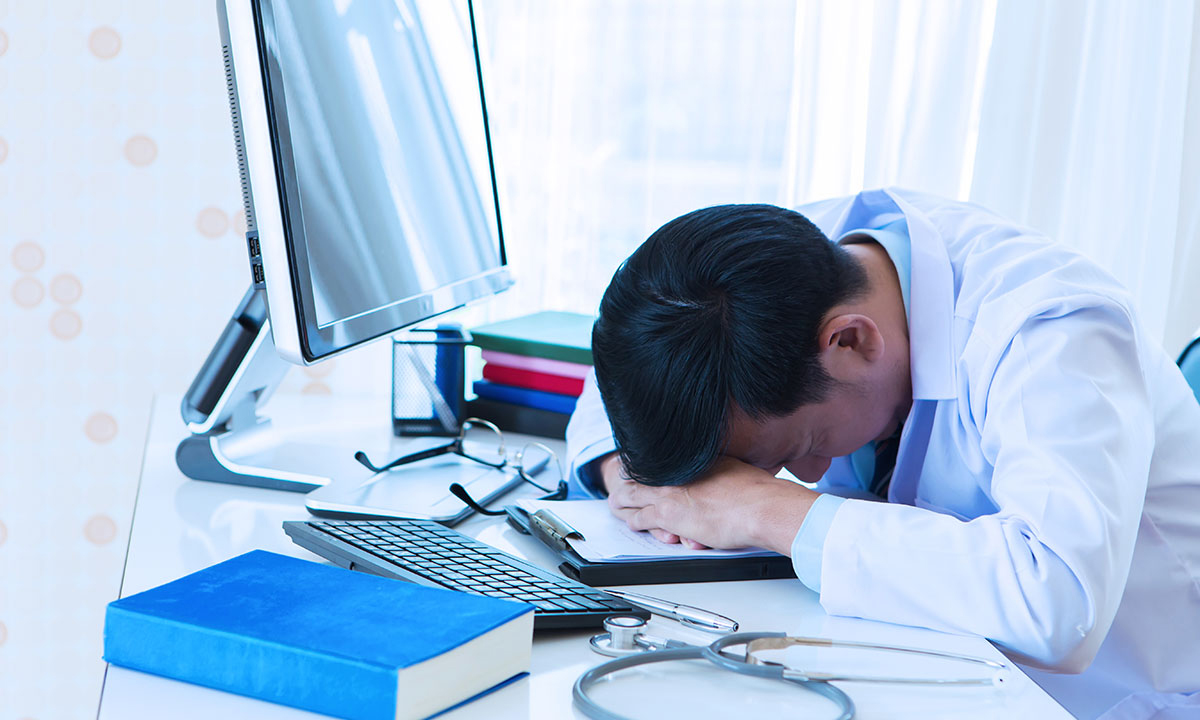 Mandatory reporting legislation “a century out of date”

“LEGISLATION that sends a signal that mental illness [in doctors] could potentially be punished is about a century out of date,” says Professor Stephen Robson, who last month spoke out in MJA InSight about his attempt to take his own life during his internship 30 years ago. His story was later reported in several mainstream media outlets.

The Bill, according to its explanatory note, will do little other than “align Queensland’s approach to mandatory reporting by treating practitioners with the approach in the National Law by removing a Queensland-specific provision”.

The National Law requires registered health practitioners, including treating practitioners, and employers to notify the Australian Health Practitioner Regulation Agency (AHPRA) if they “reasonably believe” another registered health practitioner, or medical student, has behaved in a way that constitutes “notifiable conduct”. Notifiable conduct is defined as such when a practitioner has, among other things, “placed the public at risk of substantial harm in the practice of their profession because of an impairment”. An impairment is defined as “a physical or mental impairment, disability, condition or disorder (including substance abuse or dependence) that detrimentally affects or is likely to detrimentally affect … the person’s capacity to practise the profession”.

Both the Australian Medical Association (AMA) and the Royal Australian College of General Practitioners (RACGP) have said  the new Bill fails to take account of concerns raised around mandatory reporting.

“However, treating practitioners may make voluntary reports based on their professional and ethical obligations to report matters that may place the public at risk of harm.”

Professor Robson, who is President of the Royal Australian and New Zealand College of Obstetricians and Gynaecologists (RANZCOG), said: “Health ministers are deluded if they think the system is working at the moment.

“If the law enshrines a prejudice against doctors who suffer mental health issues, this forces doctors to hide their problems and continue to work. It’s a ridiculous situation. It has to change.”

Professor Robson said pregnancy, birth and newborn care were among some of the of the highest stress clinical areas.

“Split-second decisions have to be made and lives are at risk. To work in the environment, doctors have to be in peak mental condition. RANZCOG supports doctors so they can support the women and babies they care for. It’s pretty simple.”

GP Dr Kate Tree, who completed her internship alongside Professor Robson, responded to his recent column by recounting how she was among the young doctors who had tried to support Professor Robson at his time of distress.

Dr Tree said the Australian community’s awareness of mental health issues had vastly improved since the 1980s, but the mental health needs of medical practitioners had been neglected.

“Doctors, like the wider community, need to face our human challenges of grief, loss, despair, dysfunctional families, relationship challenges — any problem that the rest of the Australian community might face. Yet, for doctors, these challenges may be combined with highly adverse working environments, abusive or violent patients, demoralising bureaucratic or administrative demands, or harrowing scenes of physical trauma or emotional pain that are bonus features of doctors’ working lives,” Dr Tree told MJA InSight.

“If someone needs backup, the medical and health community should be able to provide whatever support or help or understanding is needed for that individual. There should not be a risk of ‘career suicide’ resulting from mandatory reporting, because legislators have not thought through the consequences of their choice of words.”

The Queensland Bill has now been referred to the Health, Communities, Disability Services and Domestic and Family Violence Prevention Committee for detailed consideration, with submissions open until 26 November. The committee is due to report by 4 February 2019.

Under Council of Australian Governments (COAG) processes, Queensland is the host jurisdiction for the National Law, and the Bill will influence legislation in all Australian states and territories, except for WA, where mandatory reporting exemptions apply for treating doctors.

The AMA and RACGP are calling for the national law to more closely reflect the protections provided to doctors in the WA legislation.

AMA President Dr Tony Bartone said the law needed to “provide confidence and peace of mind to doctors and medical students that they can seek mental health care without fear of reprisal or threat to their medical careers”.

“We do not want to see any more doctors or students taking their own lives because they were afraid to seek care,” he said.

The AMA, which has outlined its concerns in a submission to COAG, called on other Health Ministers to push for changes.

“They must match their strident stated public concern for doctors’ health with some legislative action rather than hide behind the secrecy of a COAG meeting,” the submission reads.

On its website the RACGP said it was “deeply disappointed” with the lack of change in the Queensland Bill.

“The RACGP has repeatedly called for complete exemption from mandatory reporting requirements for treating health practitioners, in line with Western Australia’s model,” they said, adding that the College had again voiced its concerns in a submission.

“The first is that your judgement is flawed, and that affects decision making. Many doctors don’t trust  AHPRA. They don’t trust AHPRA to give them a fair hearing, or they see the potential for issues to be put up on the AHPRA website. That alone has the potential to ruin a good doctor’s reputation,” Professor Robson said.

“For doctors to seek help, there need to be clear legislative rules that protect them. Anything else is not only a danger to doctors, but by frightening them away from seeking care, it puts their patients at risk. In 2018, it’s totally unacceptable and health ministers need to stop playing politics.”

Professor Robson said the WA model addressed these problems, and agreed that it should be adopted nationally.

Several of the 128 online responses to Professor Robson’s story in MJA InSight named mandatory reporting requirements as a contributing factor to the current silence and stigma surrounding mental health issues for medical practitioners.

One anonymous commenter wrote: “I made the mistake of letting my mental health issues come to the fore with AHPRA and [am] suffering the consequences. Many people never seek help because they will be penalised in a punitive system. It is not safe.”

In an online poll accompanying the story, 58% of respondents disagreed or strongly disagreed with the statement: “Doctors can disclose their mental illness to their doctors without fear for their career.”

“The fact that I was embarrassed to talk about my own issues from three decades ago says it all. I can only imagine the misery that my colleagues, particularly junior ones, go through,” Professor Robson said. “The culture of medicine has to change – and change urgently.”

Dr Tree agreed, adding that legislative change was a crucial first step in ensuring a healthier medical workforce culture. She said if WA was able to establish a working model that was supportive of doctors and protective of the public, it seemed logical that other states and territories could follow suit.

“Why shouldn’t we at least be trying to aim for a ‘best case scenario’, with all states having matching and carefully worded legislation, so it doesn’t matter in what state a doctor happens to be living or working,” she said. “It is not in the best interests of patients and the general public to have legislation that can be interpreted in ways that cause doctors to be harmed.”

Georgie Haysom, Head of Advocacy at Avant Mutual Group Limited, said it was disappointing that Health Ministers did not adopt the WA model at the COAG’s meeting earlier this year.

“In our view, this would have been the simplest way to remove the barriers and strike the appropriate balance between protection of the public and ensuring that doctors can seek help when they need it,” Ms Haysom told MJA InSight. “There is still a lot of stigma around talking about mental health issues and seeking treatment, so we think that would have been the best way to deal with that.”

Ms Haysom said the wording of the current legislation had the potential to cause confusion among doctors, and this could lead to over-reporting.

“Some parts of the new legislation could provide some reassurance to doctors,” she said, pointing to the list of factors that a treating doctor can take into account when considering impairment. “However, it will be really important that these [factors] be communicated clearly to doctors. We have had 8 years of confusion about how these laws apply generally to health practitioners and we are fearful that we will get another 8 years of confusion as a result of these changes.”

13 thoughts on “Mandatory reporting legislation “a century out of date””