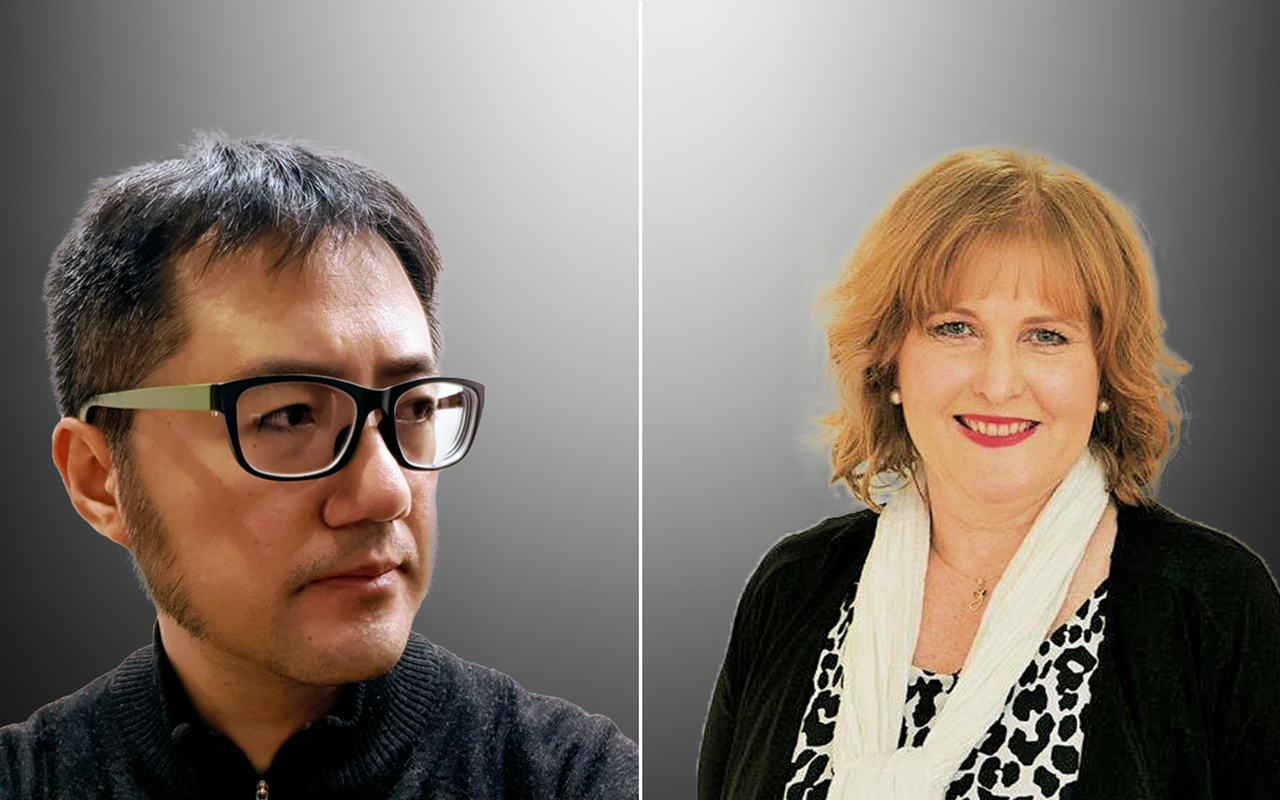 This article is the latest in a regular series from members of the GPs Down Under (GPDU) Facebook group, a not-for-profit GP community-led group with over 6700 members, which is based on GP-led learning, peer support and GP advocacy.

ONE week ago, I had a shock while reading the Monday morning news during breakfast. An ABC article proclaimed, on the basis of new research findings, that Australian GPs commonly prescribed placebos, including inactive or inert placebos.

Among the statements was a quotation from one of the study authors: “doctors generally do not tell patients what they are getting is a placebo and genuinely think patients would benefit from it”. Even if this were a misquote given with good intentions, it can clearly be construed as a public accusation that GPs were routinely deceiving their patients. My horror deepened as I checked the source paper by Faasse and Colagiuri – it was published in the Australian Journal of General Practice, the journal of the Royal Australian College of General Practitioners, my College.

As I delved into the article more deeply, one set of results caught my eye: the reported use of inactive placebos. Doing simple arithmetic on Table 2 of Faasse and Colaguiri’s article, one in four participants (23%) reported using placebos at least 12-monthly, and one in seven (15%) at least monthly. The authors further report that for these GPs, they used an inert placebo for one in 20 patients. If these values are to be believed, inert placebos are one of the most frequently used interventions in general practice – an extraordinary finding!

This is where I took pause. I am not an expert in placebos, but as a clinician, educator and researcher, I do consider myself an expert in Australian general practice. In my 15 years of experience, I have never observed my supervisors, peers, registrars or students intentionally use what they perceived as an inert placebo in practice. Moreover, where are the many thousands of patients who, by implication, must have been prescribed “prepared placebo pills/capsules” and “sugar pills”? How does one even prescribe these? This result is completely at odds with my lived experience as an Australian clinician.

My doubts regarding the empirical reality of these findings might simply be a personal bias. We needed more data. I am a member of the GPs Down Under Facebook group. It currently has over 6700 members, all of whom are authenticated Australian and New Zealand GPs and GP registrars. Together, we sought to measure this quickly and robustly.

In the afternoon of that Monday, I published a post to the group asking members to participate in an anonymous survey of a single question. This question was designed to be clear and conceptually concrete. For a therapy to be reasonably considered a placebo treatment, the intention matters. Faasse and Colaguiri themselves noted that “the physician’s intention to use a particular treatment to enhance expectations and facilitate the placebo effect – rather than to generate a specific treatment effect – are critical to determine whether a particular treatment is being used as a placebo”.

For instance, while I might consider homoeopathy to be a placebo treatment for all indications, a homoeopath would not, as they believe it to have true specific treatment effects.

“In the past 12 MONTHS have you INTENTIONALLY used an INACTIVE PLACEBO (a treatment that you believe to be THERAPEUTICALLY INERT, eg, a sugar pill for back pain) in the care of a patient?”

Our survey was open for 48 hours, from Monday 2 December 2019 until Wednesday 4 December 2019. There were 762 respondents, with an estimated response rate of 27% (Facebook analytics report “2.8K” members viewed the post). In comparison, Faasse and Colaguiri had 136 respondents with a response rate of 9% or 18% (“all email invitations” and “opened email” respectively). In our survey, New Zealand GPs accounted for 1.1%, Australian Capital Territory GPs accounted for 1.3%, New South Wales 26.1%, the Northern Territory 2.2%, Queensland 22.1%, South Australia 9.3%, Tasmania 3.3%, Victoria 23.4%, and Western Australia 8.1%. The following figures illustrate the distribution of respondents to our survey by their clinic postcode. 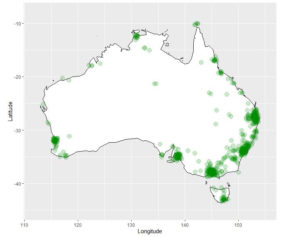 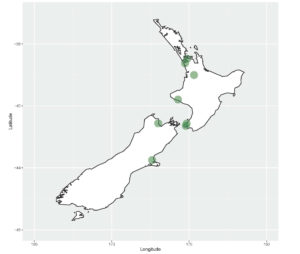 Use of inactive placebos is rare

So, what was the 12-month prevalence of use of an inactive placebo in clinical care by GPs in our survey?

Focusing on the vernacular and commonsense interpretation of the statement, “use of an inactive placebo”, this is neither common nor routine in general practice. It is an uncommon and unusual event.

A few members (who have given explicit permission for their stories to be shared), volunteered descriptive narratives that provide explanations of some of these contexts. One GP described working for a deputising agency, and while on a home visit, encountered a patient who was expecting an injectable opioid:

“… out of fear for my wellbeing I drew up the saline and injected it lying it was pethidine and left the building ASAP.”

Another GP described caring for a patient in a group home environment, who lived with epilepsy and frequent pseudo-seizures:

“It was not infrequent that she would fit for 5 min, then given midaz [midazolam] and would settle quickly, then trip to ED … I prescribed normal saline buccally at the one-minute mark … Patient settles now straight away with her buccal normal saline instead of midaz … Me and the staff have decided to continue that. I feel bad for prescribing placebo in this incident but I didn’t want her to get midaz unnecessarily.”

What has struck the GPs Down Under community is the seeming incompatibility between Faasse and Colaguiri and our lived experiences as a GPs. Our view is that the results in Faasse and Colaguiri are not representative of actual care delivery by Australian GPs. We acknowledge that they noted weaknesses in their methodology and its impact on generalisability in their article. Interestingly, they state that “daily survey methods” could obtain a more “acute assessment”. This of course, was the methodology employed by the BEACH (Bettering the Evaluation and Care of Health) study of the University of Sydney, which covered 18 years of data collection and almost 1.8 million GP–patient encounter records. A high rate of inactive placebo use is incongruous with the BEACH data.

It is crucial that research into general practice includes the deep involvement and engagement of GPs. The authors of the recent article are experts in placebo effects, but they are not experts in general practice. Including GP co-investigators and authors as experts of the context would have been wise. Although I believe that Faasse and Colaguiri’s survey was undertaken with nothing but good intentions, one of the sad consequences has been the distress and disenfranchisement of the GP community towards researchers.

Furthermore, the mainstream media communication would have been improved if these limitations and cautions were given more weight in the narrative. Provocative big numbers may make good clickbait, but does it achieve the intended purpose of accurate dissemination of knowledge? The GP community would be happy to engage with both researchers and science reporting in the mainstream media. However, the building of quality relationships must be based on respect, trustworthiness and reciprocity.

With us, not about us.

Michael Tam is a staff specialist at the Academic Primary and Integrated Care Unit, South Western Sydney Local Health District. He is also a Conjoint Senior Lecturer of the School of Public Health and Community Medicine, UNSW Sydney. Michael’s clinical interest is in comorbid substance use disorder and mental health disorders. His research interests are in integrated care, preventive health, and medical education. He can be found on Twitter at @vitualis

Dr Karen Price is a GP in clinical practice and doing a part time PhD at Monash University. Her research is investigating the role of peer connection in Australian General Practice. She is the co-developer and facilitator of GPs Down Under, a 6500+ member community of Australian and New Zealand GPs. She has helped develop mentor programs for both the AMA and the RACGP. Karen has presented nationally and internationally; plenary lectures; workshops on women’s medical leadership; social media; resilience, and informal learning.

An explanatory note on the numbers

The labels including the term “at least” have been used inconsistently by Faasse and Colagiuri in their Table 2.

First, the labels which have been used correctly:

This makes sense. They are two mutually exclusive sets that together should sum to 100%.

However, let’s look at following sets which are also mutually exclusive:

This doesn’t make sense as the sum of these two should equal “used at least once”, which as we’ve already established is 39% of participants.

So if we want to calculate the proportion of people who used placebos “at least once a year”, in the normal way “at least” is understood, we must (i) sum the values for “once/week”, “once/month” and “once/year”,  OR (ii) subtract “less than once/year” from “used at least once”.

Similarly, for “at least once/month”, we have to sum the values for “once/week” and “once/month”.

In the past 12 months have you intentionally used an inactive (inert) placebo in the care of a patient?