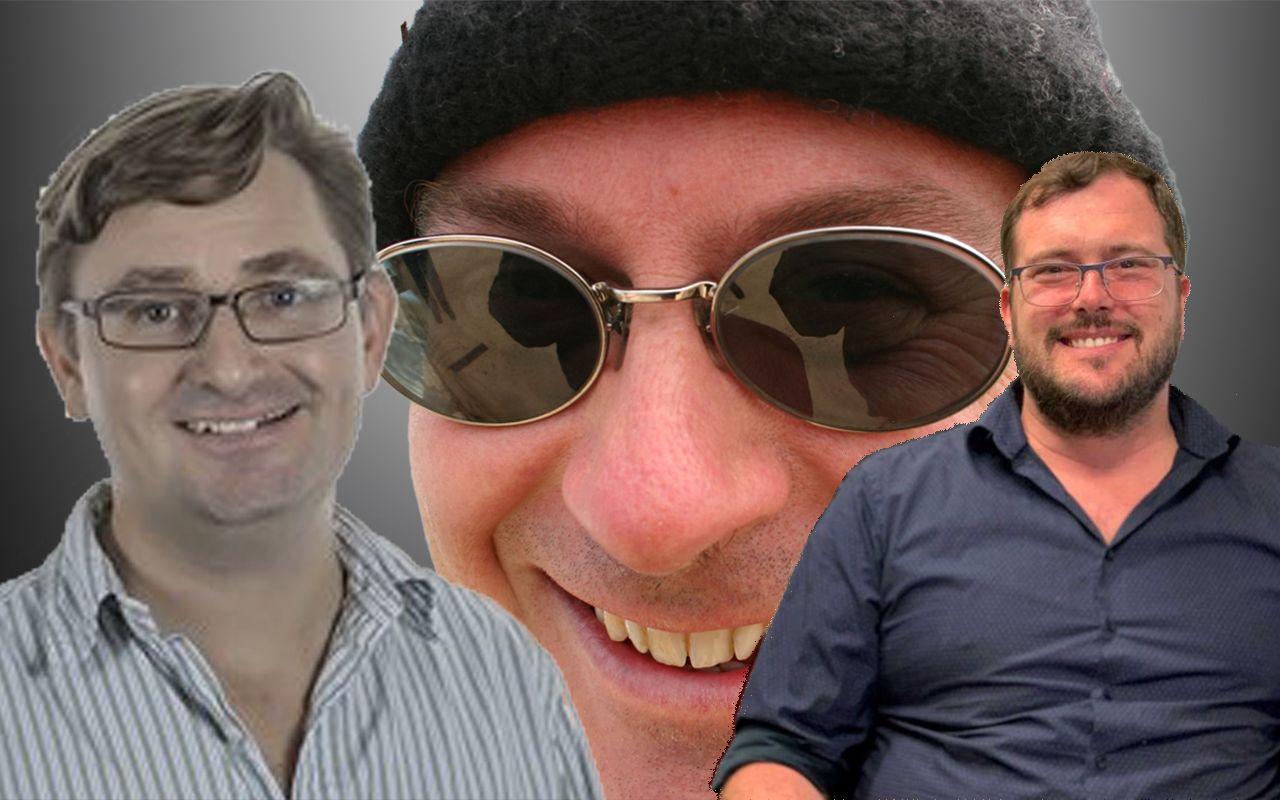 This article is the latest in a monthly series from members of the GPs Down Under (GPDU) Facebook group, a not-for-profit GP community-led group with over 6000 members, which is based on GP-led learning, peer support and GP advocacy.

THE archetypal high speed vehicle rollover; a tragic dam drowning of a young child; a quad bike or farming accident … all of these and many other injuries have a wide impact on rural communities and are all too familiar to rural clinicians.

It is certainly true that critical illness does not respect geography. However, with increased rurality come increased challenges in terms of available ambulance personnel and arrival of specialist pre-hospital services – the so-called “tyranny of distance”.

Why worry about rural trauma?

Pre-hospital incidents are common in rural areas, with up to 65% of national road fatalities occurring in rural Australia. A Western Australian study showed that rural locations accounted for one-third of major trauma cases with an injury severity score greater than 15. Whereas transport injuries predominate in rural trauma data, other hazards include agricultural and mining industries, as well as envenomations, wildlife–vehicle collisions and environmental hazards. Mortality rates from trauma in rural areas are reported to be four times those in major cities. The time from trauma to first responder input has been noted as most important in the trauma chain of survival, with a 19% increased risk of death per hour.

Many states have developed integrated trauma systems, designed to care for patients from the time of initial trauma through to rehabilitation. The lack of primary care input in trauma systems has been reported as a deficit from a patient perspective, but there has been little consideration of formally involving rural clinicians in the initial trauma response. This is perhaps understandable on the basis that pre-hospital care is a specialty in its own right. Most systems rely on ambulance and retrieval services and exclude the role of the rural generalist. This can be to the detriment of rural patients – while Australia has excellent ambulance and retrieval services, these can be limited by personnel and scope of practice (ambulance) or take some considerable time to arrive (retrieval). In general, the role of the rural generalist has been overlooked, as alluded to by victims’ families following the coronial inquest into the Kerang rail disaster in Victoria in 2007.

What then can be done to help fill the trauma gap?

Rural generalist clinicians are trained in primary care and delivery of on-call emergency medicine services to their communities, yet they have traditionally been excluded from pre-hospital trauma systems.

Both Scotland and New Zealand have established systems to involve trained medical personnel to respond to local incidents either before the arrival of retrieval services or to “value add” on scene for ambulances.

To date, no similar system exists in Australia, with the exception of South Australia’s Rural Emergency Responder Network (RERN). The RERN has been operational for over a decade and allows the tasking of local rural generalist clinicians by the ambulance service, with agreed call-out criteria, training and provision of suitable equipment. The role of the RERN clinician is to provide a limited suite of meaningful interventions on scene, such as advanced analgesia and sedation, upgrading of intravenous access, or gaining interosseous access, airway support (supraglottic and infraglottic) as well as definitive procedures, such as chest decompression and haemorrhage control. Moreover, the presence of a trained RERN clinician can add to scene momentum by facilitating triage, early situation reporting, and decision making.

No similar system exists in other states despite being identified as a necessity over two decades ago. Earlier work has demonstrated that many rural generalists across Australia are already being tasked to scene but in an ad hoc manner with no standardised training, equipment, personal protective equipment nor tasking criteria. Ninety-eight per cent of the rural generalists surveyed expressed a willingness to provide pre-hospital care when necessary and appropriate in their community.

A 2016 joint position statement from both the Rural Doctors Association of Australia and the Australian College of Rural and Remote Medicine supports the role of rural generalists in delivering community-based pre-hospital care, as well as the need for a national “rural emergency responder network”. Yet it has been hard to establish traction with predominantly metro-centric trauma services and retrieval services.

A bottom-up approach is needed, and the success of the Sandpiper Trust in the UK provides a model for rural responders in Australia. 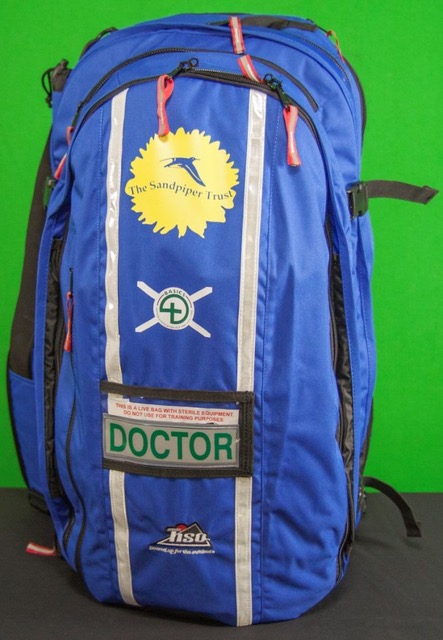 The UK Sandpiper Trust was established in 2001. Like many successes, it was borne from underlying tragedy. Sandy Dickson (aged 14 years) died in a tragic accident in a remote area and emergency services were unable to respond in a prompt manner. In their grief, the Dickson family channeled their efforts into doing some good – specifically, to ensure that timely help was available to rural communities despite difficulties in geography or available personnel.

Sandpiper was chosen as the name of the charity – the sandpiper being a light-hearted, cheeky bird who plays near water, in memory of Sandy Dickson.

The Sandpiper Trust has provided over 1000 Sandpiper Bags to rural responders across Scotland. Now in its third iteration, the Sandpiper Bag Mk III is a purpose-designed pre-hospital bag containing sufficient equipment to allow trained responders to deliver meaningful interventions on scene. The clinicians are trained via the Scottish branch of the British Association of Immediate Care Schemes (BASICS), with successful training a prerequisite before taking delivery of the Sandpiper Bag.

The success of the Sandpiper Trust has been phenomenal. Local communities have rallied behind the causes raising funds to equip their rural clinician with a Sandpiper Bag and contents. Fund-raising dinners, regular events and royal patronage have added to the coffers. What better model to emulate than this success?

Sandpiper Australia was launched at the Rural Medicine Australia conference in 2019, with 20 clinicians trained in pre-hospital care via the Australian College of Rural and Remote Medicine’s pre-hospital and retrieval medicine course. We are in the early stages of set up, with initial funds being focused on establishment of the not-for-profit entity, website, administrative support and providing Sandpiper Bags for training.

The new President of the Rural Doctors Association of Australia, Dr John Hall, has committed to raising $10 000 for Sandpiper Australia by going “1 year, no beer”, while other members of the Sandpiper Board are donating their teaching fees and significant amounts of time to the cause. You can help Dr Hall reach his target via GoFundMe. You can read more about Sandpiper Australia at sandpiperaustralia.org or facebook.com/sandpiperaustralia, and you can follow us on Twitter at @SandpiperAus.

Our initial priorities will be to facilitate the provision of Sandpiper Bags to rural communities and enable training for rural clinicians in pre-hospital care.

Dr John Hall is a GP obstetrician on Queensland’s Darling Downs. He is the President of the Rural Doctors Association of Australia.

Dr Tim Leeuwenburg, is a rural generalist on Kangaroo Island in South Australia. He is part of the Rural Emergency Responder Network, and is a credentialed specialist in pre-hospital and retrieval medicine. He is the Secretary of Sandpiper Australia.

Dr Scott Lewis is a rural generalist in Wudinna in South Australia and is vice-president of the Rural Doctors Association of South Australia. He is also a qualified pilot.