The ageing doctor: positive transition to a portfolio career 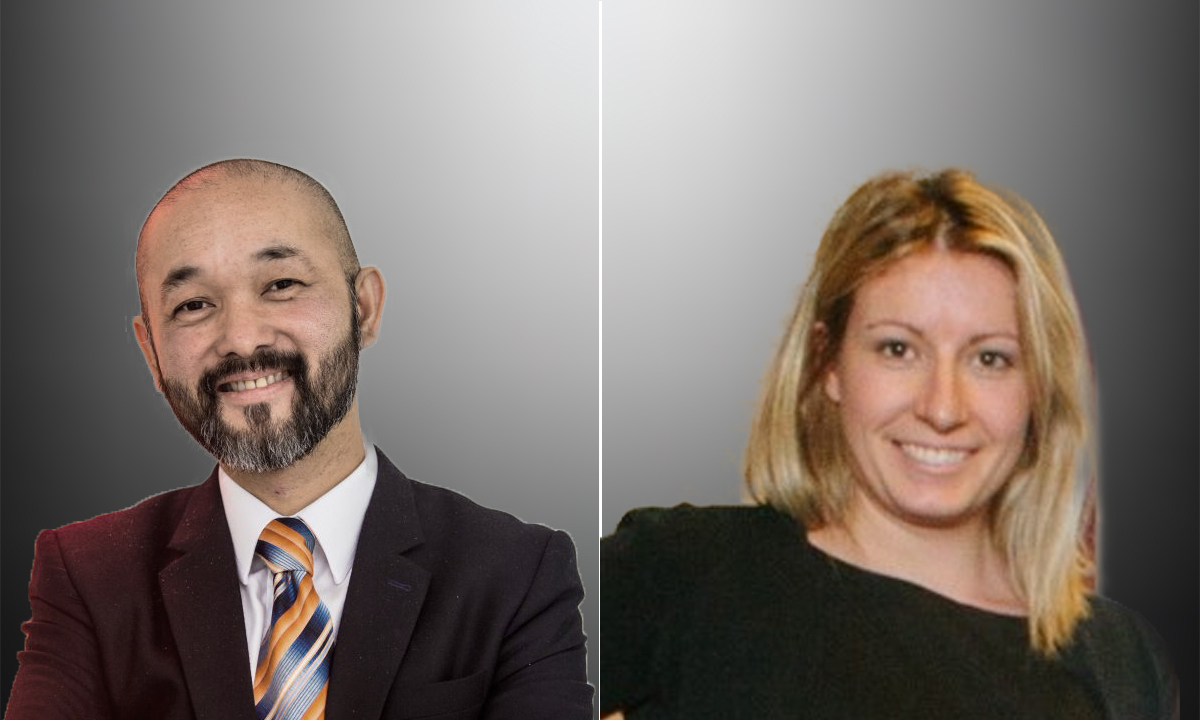 EVERYONE ages. It’s a fact of life, a law of nature, and the great equaliser for all human beings. For eons, mankind has attempted to thwart mortality by searching for the fountain of youth, and through creams, injections and surgery, we have tried our best to retain our youth.

But time marches on, and we grow older no matter what.

Just as the general population is getting older, the Australian workforce is ageing as well. Between 2015 and 2055, there will be a 34% increase in the proportion of the workforce over the age of 65 years.

Doctors are no exception. The medical workforce is also getting older. In 2015, about one in four medical practitioners were aged 55 years or older (27.2%). And there are more doctors who continue to practise medicine beyond the usual retirement age. For example, four out of five Fellows of the Royal Australasian College of Surgeons (RACS) aged 65 years or older intend to continue in paid employment, with the primary reason being that they are doing work that they enjoy.

As George Burns, the great American comedian, actor and musician, once said: “You can’t help getting older, but you don’t have to get old.” Mark Twain also said, “Age is an issue of mind over matter. If you don’t mind, it doesn’t matter.” This clearly is true for a lot of doctors. We come into medicine as fresh, idealistic interns, and we grow into learned, experienced clinicians. Nothing replaces the skills and expertise a practitioner gains over time through practice.

Nevertheless, there is evidence that tells us that as doctors get older, their clinical outcomes may be affected. A recent study from the US in the BMJ concluded that within the same hospital, patients treated by older physicians had higher mortality rates than patients cared for by younger physicians. Closer to home, an Australian study found that older doctors were at higher risk for notifications relating to physical or cognitive impairment, records and reports, prescribing or supply of medicines, disruptive behaviour and treatment.

Even non-pathological ageing is associated with a notable decline in cognition. Multiple studies have found evidence of age-related functional deterioration including the dedifferentiation of ventral visual and motor areas (here, here and here), the decreased utilisation of medial temporal lobe regions in recalling memories (here and here), and the dysregulation of the default mode network (here and here).

The neurobiological changes that occur in the ageing brain are associated with a reduction in the efficacy of the working memory system, reasoning processes, executive function, attentional processing and decision making (here, here and here). Adept working memory is a prerequisite to inductive reasoning, a key function required for medical diagnostics and decision making. In addition, a number of physical skills are required for medical professions, in particular finger dexterity. When performing diagnostic, propaedeutic, therapeutic and rehabilitative procedures, practitioners must often use fine instruments which require precision.

Varying approaches to cognition deployed by older adults may also negatively affect executive functions. For example, Besedeš and colleagues found that older adults are more likely to rely on heuristics (mental shortcuts) when making decisions, resulting in judgements that are poorer than those of young adults.

It should be noted that getting older does not automatically equate to disability or clinical incompetence. Everyone experiences slight cognitive changes during ageing, which is very different to the mild cognitive impairment that occurs prior to the development of dementia. However, the risk of Alzheimer’s doubles every 5 years after the age of 65 years and 5% of all patients with Alzheimer’s will start showing symptoms before the age of 65 years.

The medical regulators have started to take notice of these findings, and the Medical Board of Australia has proposed a Professional Performance Framework, which requires medical practitioners who provide clinical care to have peer review and health checks at the age of 70 years and every 3 years thereafter.

As individual medical practitioners, we have a duty of care to our own patients, to ensure that we are able to provide our patients with the best care that we can possibly give. As hospitals and health care providers, we have a duty of care to our clinicians to ensure that they are safe to practise medicine. And as a health system, we have a duty to our community to put into place processes that identify and support clinicians in the transition from direct patient care to alternative career pathways that bring meaning to their professional identities and continues to allow them to serve the community, although in a different way.

However, we need to be aware of age discrimination laws. Age discrimination occurs when a person is treated less favourably, or not given the same opportunities as others in a similar situation, because he or she is considered to be too old (or too young), as outlined by the Age Discrimination Act 2004. In Australia, mandatory retirement only occurs in two contexts. Federal Australian judges must retire at the age of 70 years, as outlined in section 72 of the Australian Constitution. The Australian Defence Force has also maintained a mandatory retirement age of 60 for personnel and 65 for reservists, though this can be extended on a case-by-case basis.

Having said all this, there is no suggestion that we should consider, let alone impose, a mandatory retirement age for doctors. One possibility for those older doctors who find the demands of a clinical workload increasingly challenging, is a transition to an alternative career, which may very well be in health, just not in direct patient care. This does not need to be a negative experience, but indeed, can, and should, be a positive, planned and rewarding move, and be seen as a natural progression of the expert clinician, moving from the role of a practitioner, to a mentor or leader.

The data tell us that doctors don’t retire easily. A recent study aptly titled Retirement patterns of Australian doctors aged 65 years and older found that retirement rates for doctors remained relatively low, at 4.1% (2009), 5.1% (2010), 4.2% (2011) and 10.4% (2012). Another study, published in the MJA, which looked at professional and psychosocial factors affecting the intention to retire of Australian doctors, found that delaying retirement by doctors may be related to the primacy of work compared with other life roles. In other words, being a doctor is important to doctors, and that loss of identity is a threat to any contemplation for retirement from clinical practice. As the RACS census puts it, the main reason why their Fellows aged 65 and older continue to be engaged in paid employment for the next 2 years is because “I am doing work that I enjoy”.

The Medical Board of Australia itself, as part of its proposed Professional Performance Framework, recommends that continuing professional development (CPD) providers, indemnity insurers and employers should work closely and constructively with medical practitioners over the age of 70 years to raise awareness of risks that may affect performance. The Board also recommends improved support for safe clinical practice, and increased support for later career doctors considering and managing changes to their scope of practice or transition to retirement. This would include providing written guidance, CPD education activities and the use of “retirement ambassadors” to provide peer role models of successful retirement planning for doctors.

Essentially, when appropriate we want to help our older doctors leverage and maximise their experience in roles other than direct patient care, and this should happen in a proactive, planned and positive manner. The key here is to help the doctor themselves develop an ability to be self-aware, to self-reflect and, ultimately, to self-manage.

In this way, the doctor is able to work through some of the typical phases of the “transition into retirement curve”. In Stage 1 of this curve, as the doctor approaches retirement age, there is initial fear and confusion. In Stage 2, in the weeks before retirement, the doctor experiences sadness and worry. In Stage 3, as the doctor explores retirement, they experiment with different ideas and roles, and adapts. And lastly, in Stage 4, as the doctor actually retires, there are new beginnings, with acceptance, and finally, confidence. These four stages are necessary steps for each doctor to have to go through, and it is incumbent on all of us to support our colleagues through them.

In the end, there are many roles that exist that allow doctors to retain their professional identities as healers and clinicians. In fact, most older doctors move into these roles opportunistically and in an unplanned way. The older doctor traditionally transitions into a teaching role, and some become academics. Some move into research. Others transition from direct clinical care, into becoming medicolegal and forensic experts, offering opinions as expert witness and in legal reports.

Many older doctors enjoy rewarding careers as board members or non-executive directors, for hospitals, medical research institutes or other types of organisations. Many find themselves promoted into health management positions. All of these different roles combine to create a flexible portfolio career for the older doctor who is transitioning into retirement. And because most of them allow the doctor to continue to offer their expertise in health, they retain their identity as doctors.

As David Bowie said: “Aging is an extraordinary process where you become the person you always should have been”. A quote we once read on a mug sums it up perfectly: “You can retire, but you’ll always be a doctor”.

Amy Sarcevic is a science journalist.

25 thoughts on “The ageing doctor: positive transition to a portfolio career”