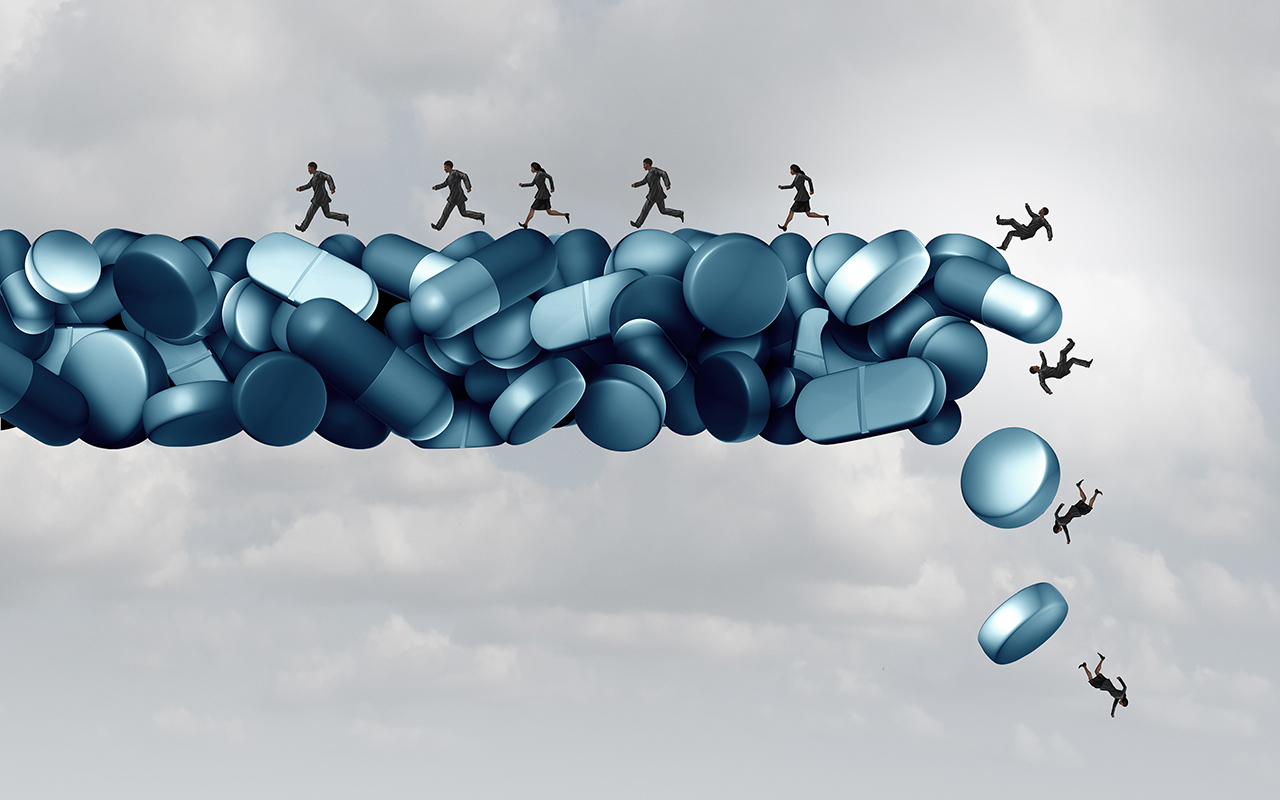 WHEN it comes to the treatment of osteoarthritis (OA), experts say there is currently a strong disconnect between evidence and practice.

Despite recommendations against using opioids for the treatment of OA, they are still regularly being prescribed for ongoing treatment.

However, a systematic review and meta-analysis published in the MJA has found that opioids may provide very small benefits and may also increase the risk of adverse events.

“The incidence of adverse events, including gastrointestinal and central nervous system effects, was higher for people receiving opioids than for those receiving placebo,” the authors wrote in the review.

Despite Royal Australian College of General Practitioners (RACGP) clinical guidelines released in 2018 strongly recommending against the use of opioids for OA, experts in the field say the review findings aren’t surprising.

According to rheumatology clinician researcher Professor David Hunter, there could be a variety of reasons why they are still prescribed so frequently.

“Clinicians are quite used to using opioids for pain. And they think that that could probably be translated to things like osteoarthritis. But by the same token, there’s similar evidence for back pain suggesting that opioids are not helpful and probably harmful,” he told InSight+.

“The other element here is that the marketing of these products is quite powerful. I don’t want to invoke us as being under the influence of the Sackler family (heirs to the OxyContin fortune) or Purdue Pharma (owned by the Sacklers) but I think there are some real elements to the marketing here that have been quite pervasive and quite strong.

“We have been using opioids for things they are probably not indicated for,” he said.

According to Professor Hunter, opioids should only be considered for acute pain, particularly post-operatively.

“A person comes in, they have an operation, they’re going to take a week or two to recover, and you give them something to help overcome the pain that they’re likely to experience post-operatively,” he said. “But for chronic pain conditions, the use of opioids is quite pervasive and problematic.”

One of the review authors, Dr Christina Abdel Shaheed told InSight+ that the way opioids are prescribed is concerning.

“If you think about the way that opioids are prescribed for chronic pain, a lot of the time a long-acting formulation is prescribed. You typically get a packet of 28 tablets and the individual might be asked to take that one tablet twice a day, for example. That’s already 14 days of use right there.

“You can expect up to a quarter of people who take that regimen to be still using an opioid one year later,” she said.

According to Professor Hunter, it doesn’t matter the type of opioid. They’re all equally problematic.

“There is some marketing going on at the moment to suggest that agents such as tramadol are likely less harmful and potentially more beneficial, but it’s been stated in the absence of solid evidence.

“Until there’s better trial evidence suggesting efficacy, they should stop marketing that as such, because the average person with osteoarthritis has the disease for 25 years. These have been demonstrated in acute pain trials to probably be efficacious in the order of 4 to 6 weeks.

“Over and above that, there is no good evidence to suggest they’re helpful for chronic pain conditions like osteoarthritis.

“I don’t think it matters which agent we’re talking about here. I think all opioid agents probably have similar tendencies to the same side-effect profile and dependency,” he said.

There are other treatment options, including surgery in final stage disease.

“Our findings indicate that opioids provide pain relief similar to that of paracetamol, and their benefit is almost half that achieved by NSAIDs (a conclusion, however, based on indirect comparisons), challenging beliefs that simpler analgesics are less effective than opioids for people with common musculoskeletal conditions,” the MJA review authors wrote.

The first step in the management of OA should always be non-pharmacological treatments such as exercise and a healthy diet, the authors wrote.

According to Dr Abdel Shaheed, more needs to be done to ensure clinicians and patients have the most effective strategies.

“What is needed are interventions to try and increase the uptake of the recommendations in the guidelines. Timely access to therapies, more educational strategies for clinicians and patients. All of these strategies can be integrated together, and evaluated in primary care to see if they reduce the use of opioids for those people who are using them in osteoarthritis,” she told InSight+.

In the absence of high-quality evidence, we should stop prescribing opioids for osteoarthritis