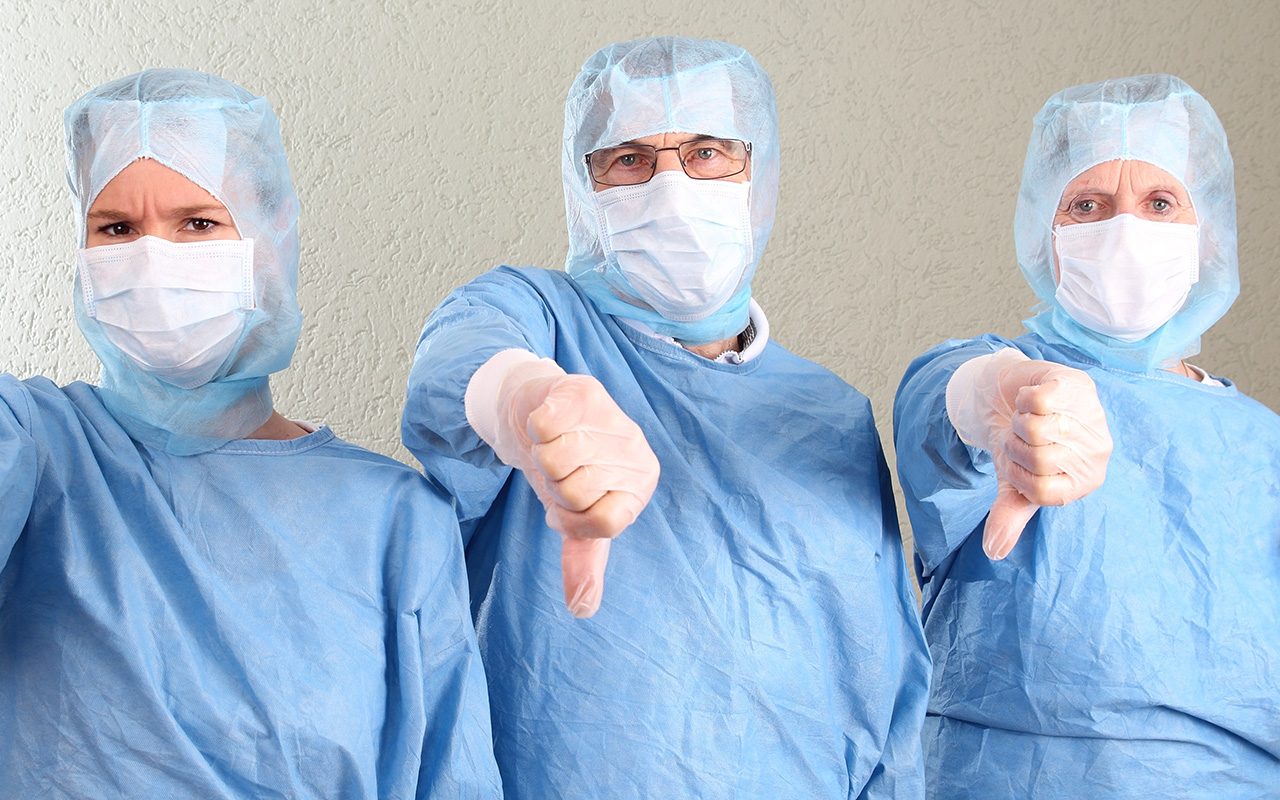 “RING your GP for advice” – it’s a sensible instruction for many health concerns. However, GPs say it’s currently being used as a political disclaimer, and they aren’t being resourced to cope with the demand.

According to Brisbane GP Dr Wendy Burton: “Every time a politician says, ‘ring your GP’, we just groan.

“On 4 January, the day boosters became available at 4 months instead of 5 months, our practice logged 2168 telephone calls in a half-hour period. We didn’t answer them all,” she said.

“The idea that general practice can accommodate all the people who’ve got COVID-19, who aren’t in hospital – which is 14 000 people yesterday, every day, on top of what we already do – that’s insulting, it’s demeaning. It means that people no longer think that general practice is anything except the dustbin,” she said.

One concern is that GPs aren’t receiving enough communication from official sources.

When the government started telling low-risk people they could manage their COVID-19 with their GP, Dr Mann found out through the media.

Gold Coast GP and Associate Professor at Bond University Dr Natasha Yates said primary care has been left out of the COVID-19 conversation for the past 2 years. As a result, they haven’t been given the resources to cope with the current demand.

“In our community, it’s very much being seen as a hospital-based issue. And it’s meant that there has been very little resourcing of general practice, not just financially but also things like recognising that we also need personal protective equipment and resourcing us with information,” she explained.

When the Omicron variant hit, GPs initially had very little guidance about how to manage this disease within their practices.

“We needed evidence-based pathways/approaches/guidelines. How do we triage patients who have it? How do we work out who to escalate? And then who do we contact? What are the numbers that we call? Which clinicians in the hospital can we get in touch with when we’re really worried about someone?” Dr Yates said.

“That has taken many, many weeks to develop. Which is a shame because we’ve had so much lead time.

“While GPs were busy vaccinating our hearts out, those were the kinds of pathways and logistical decisions that should have been made by the state departments, who were supposedly wanting to support the community in staying away from the hospitals,” she highlighted.

Many GPs believe it’s time for a different approach. They say this current Omicron wave should be declared a disaster, so the public knows it’s not business as usual.

“[Declaring a disaster would] activate some extra resources to help staff, and it’s also a bit of a mindset change,” Dr Yates told InSight+. “Not just for the people working, but also for the population to understand. We’re dealing with a whole other level now,” Dr Yates explained.

“I’m working extra hours … and bless my nurses and admin staff. They’re working extra with us because it takes a team to get this job done. But if people would just understand that no, they can’t get an appointment as they usually can. And their usual GP may be more booked out than typical,” she said.

By declaring this a disaster, it would take the pressure off GPs as well.

“I think if they were to call it a disaster, then a whole lot of us can go, it’s not just me. There’s that Australian thing of ‘don’t be a wimp, don’t complain, you knew what you were in for when you signed up’. Nobody signed up for this ultra-marathon,” Dr Burton said.

However, Dr Mann doesn’t think declaring a disaster would make any difference.

“I just don’t like the concept of using emotive language to no purpose,” she said. “It’s not new, it’s a continuation of our experience. I read somewhere that only 15% of graduating doctors now choose general practice as their first choice. Does the community have any idea what is going to happen if people don’t become GPs?” Dr Mann asked.

According to Dr Yates, graduating doctors are driven away from primary care because of a lack of funding.

“If you’re a student looking at a lifetime in a certain career, general practice is so underfunded, it’s not an attractive proposition,” she said.

Primary care doctors hope this crisis, regardless of whether it’s officially called a disaster, will be the catalyst for significant change.

“We are constantly at the forefront talking with our patients, that’s what we do. And we care about our communities, we know what’s going on in our communities. We’re not greedy with money for ourselves. We just want money to be able to do our jobs and do it properly,” Dr Yates said.

The message is simple. Unless general practice is funded properly now, there won’t be enough GPs to call in the future.

Healthcare workers have a right to feel abandoned by government

13 thoughts on “Leaving COVID-19 to GPs “insulting and demeaning””