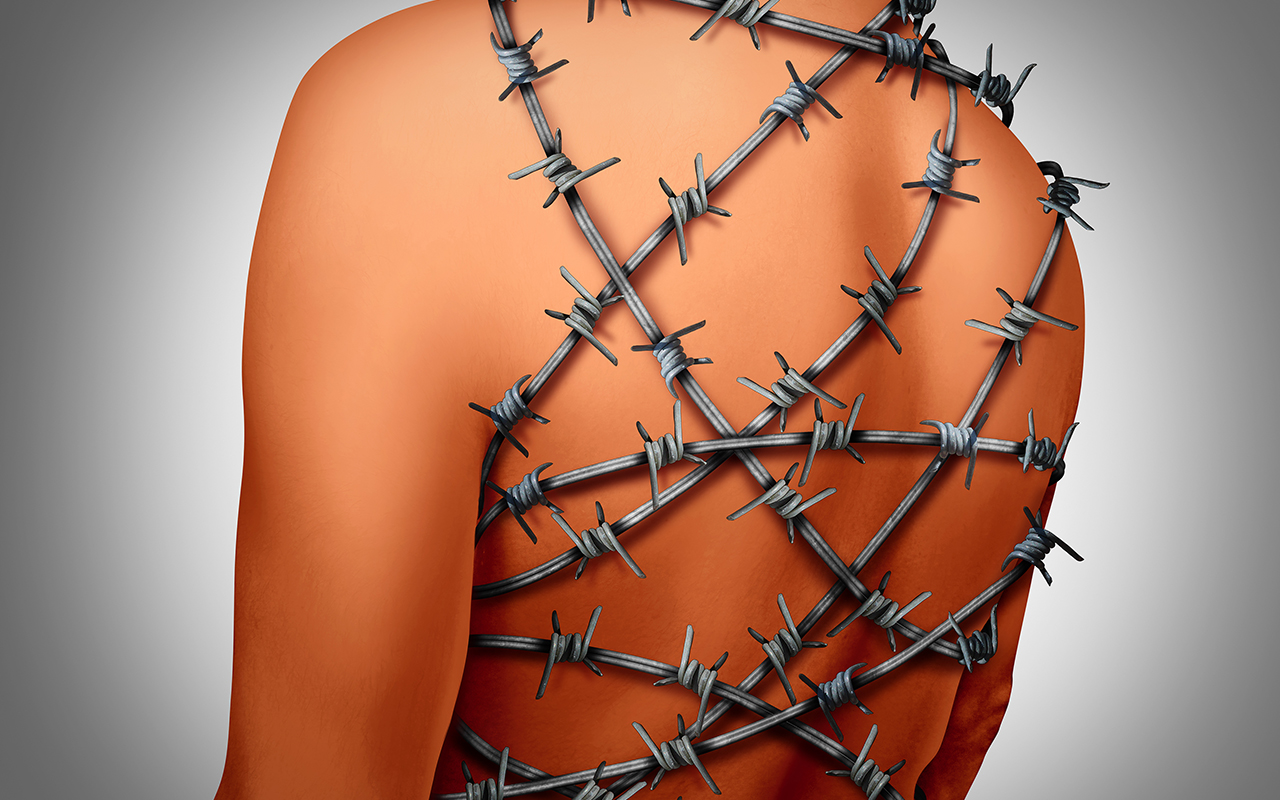 A BREAKTHROUGH by a team led by CSIRO scientists has been described as “super exciting” by a leading pain specialist, and could help alleviate the $138 billion a year burden on the economy imposed by neuropathic pain.

The research, published in RSC Medicinal Chemistry, demonstrated how 11 tricyclic antidepressants and two closely related drugs worked to block pain, and identified which ones were most effective.

“We showed all test drugs moderately inhibited N-type calcium ion channels – tiny gates that are instrumental in the transmission of pain signals in the body. Though suspected, this is the first time such a broad set of tricyclic antidepressants have been proven to block these channels,” said CSIRO scientist and lead author, Adjunct Professor Peter Duggan.

“Knowing how pain impulses are inhibited by tricyclic antidepressants is expected to lead to new and improved treatment options for people suffering neuropathic pain, and the more we work in this space the more our science opens up the possibility of effective pain therapies, free of any potential side effects.”

Associate Professor Michael Vagg, Dean of the Faculty of Pain Medicine at the Australian and New Zealand College of Anaesthetists, told InSight+ the breakthrough was “going to be super exciting”.

“Tricyclics were introduced as antidepressants, and in the 60 or 70 years we’ve had them, they have been used in a wide range of conditions for various purposes, because they are what we call ‘dirty drugs’,” A/Professor Vagg said.

“In other words, they work across a wide range of systems in the body. They have multiple effects on different nerves and receptors. They have an antihistamine effect, they have an anticholinergic effect. They boost the serotonin and noradrenaline levels in the spinal cord and brain, which is how it’s believed they have their antidepressant effect.

“One of the big arguments in pain research for a long time has been with tricyclics and neuropathic pain, and whether their action is central or peripheral; whether it’s that serotonin and noradrenaline-boosting effect that is the important bit, or whether it’s actually the peripheral membrane stabilising effect.”

The CSIRO research, he said, answered the question.

“What this research suggests is that it’s actually the peripheral nerve membrane stabilising effect that is more important.”

From a practical, bench-to-bedside perspective, the research could hasten the delivery of more effective drugs for the treatment of chronic neuropathic pain, A/Professor Vagg said. He cited the example of recent breakthroughs in the treatment of migraine has a precedent.

“I was at a conference about a decade ago where the speaker had this fantastic piece of basic research that he was presenting about how migraines were triggered,” he said.

“He went through this complex protocol of infusing different things into these volunteer migraine sufferers and seeing how they could get their migraines triggered the fastest.

“Out of all that he came up with a target receptor, and he said, ‘okay, pharma company people in the audience, the calcitonin gene-related peptide (CGRP3) receptor in the brainstem – that is your target’.

“So having been given their target, what happened is the companies got to work doing what they do best. And within a few years, they were relatively rapidly able to come up with some drugs that they could begin testing.

“There are a couple of them now trickling on to the [Pharmaceutical Benefits Scheme]. And these are incredibly effective drugs.

“That whole process, from pointing out what receptor they needed to target to having stupendously effective new drugs – the best things we’ve had for 30 years – took less than a decade.”

If a similar process can happen to target the channels identified by the CSIRO research, A/Professor Vagg said, a lot of suffering could be alleviated, including physical, psychological and financial strain.

“If it goes as well, as we hope it does, like the CGRP3 receptor antagonists, then yes, this is going to be super exciting,” he said.

“Chronic pain is the number one economic burden for putting people out of the workforce. It costs the economy about $139 billion a year in direct and indirect costs.

“Any drug that is effective is also cost-effective because the societal unmet need is so enormous, the payoff of having these drugs, even if they’re a bit expensive, is absolutely worth it.”

The CSIRO-led research reported that “with a number of conditions, including diabetic neuropathy, postherpetic neuralgia, peripheral nerve injury and central pain, numbers needed to treat were lowest with [tricyclic antidepressants], when compared with other drugs, including the selective serotonin reuptake inhibitors, carbamazepine, gabapentin, dextromethorphan, tramadol, oxycodone and capsaicin”.