If we care about children we must address the climate crisis 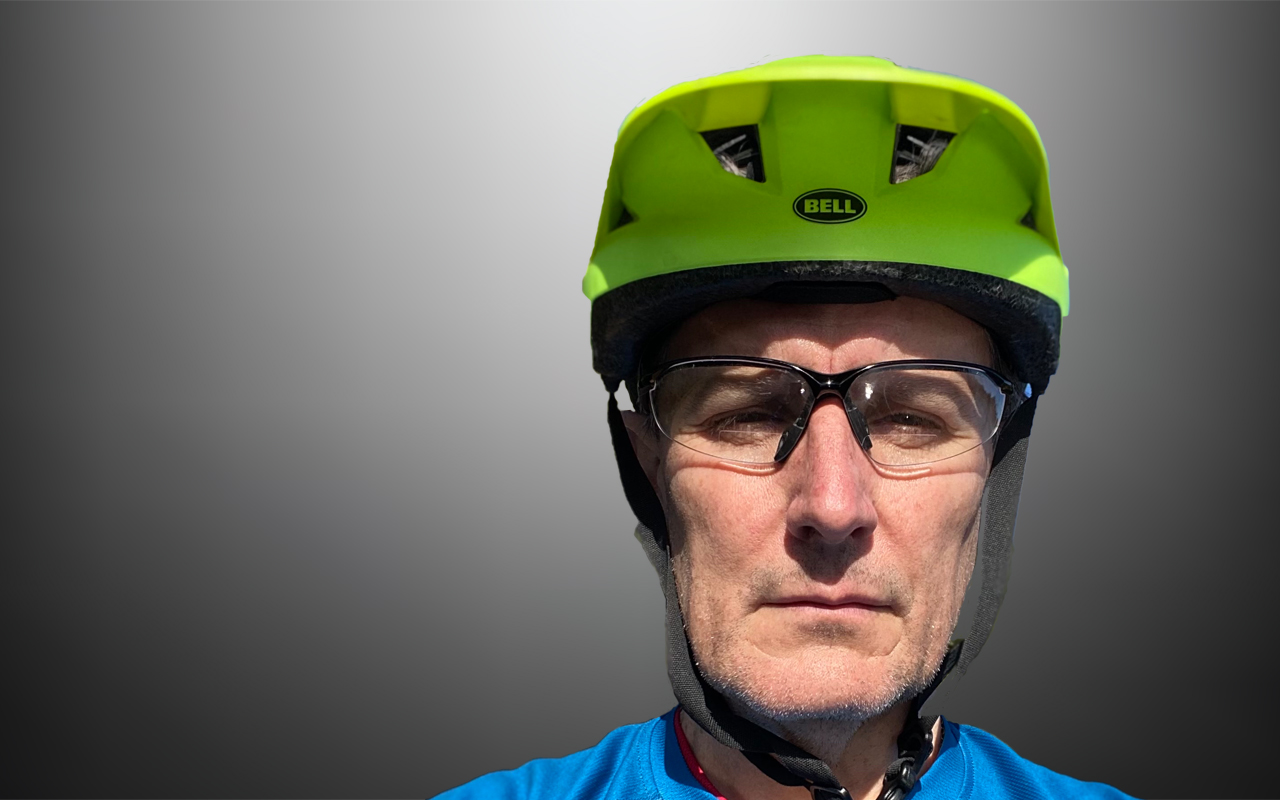 WHEN a friend and colleague at Great Ormond Street Hospital first came up with the idea of Ride for their Lives — a cycle ride from London to Glasgow in the run up to the UN Climate Change Conference (COP26) – I laughed. There are some serious cyclists on the hospital’s staff, but some of us hadn’t ridden a bicycle since childhood. The most I had ever cycled was 30km in a day.

Soon, however, it was October, and we were setting off from London at 8am with an 800km bike ride ahead of us. We were carrying two powerful documents on health and climate – the Healthy Climate Prescription letter signed by organisations representing 45 million health professionals globally, and the World Health Organisation Special Report on The Health Argument for Climate Action. They were encased in a satchel covered in pleas for action from paediatric patients, and we were going to try to present this satchel to decision-makers. At the time of going to press, campaigners were inside the summit still trying to put this into the hands of COP26 president Alok Sharma. 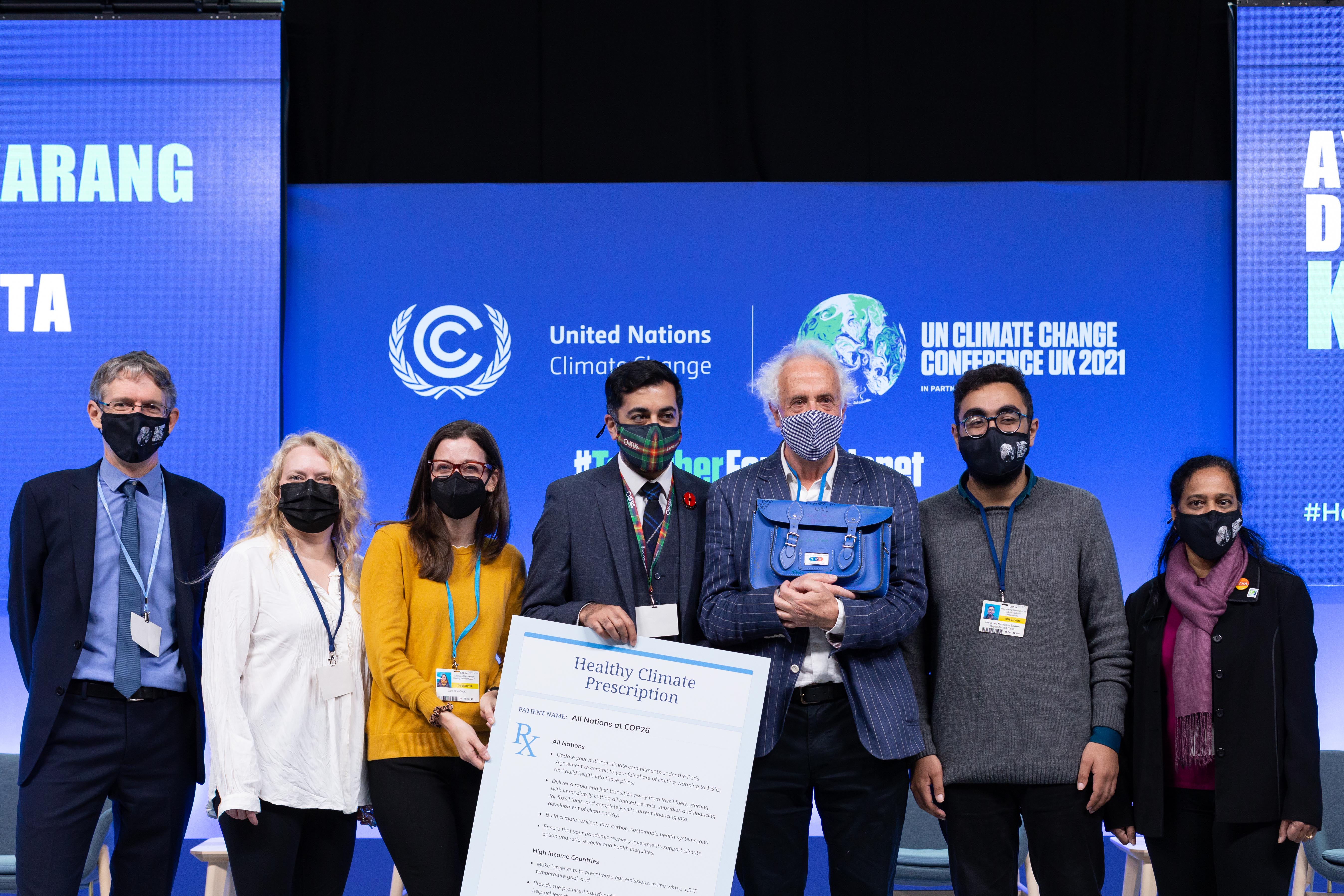 In paediatric healthcare, if we get it right, our patients will live for another 60 to 80 years. Our patients are going to suffer from the climate emergency far more than adult or geriatric patients, while bearing the least responsibility for the situation. My generation has caused the problem, and it is our responsibility to fix it.

In the UK, the most immediate and clear impact on children’s health is air pollution. Our cities regularly exceed WHO’s minimum standards on air quality. The best estimates of mortality caused by particulate matter from fossil fuels is 7.2% of all lower respiratory tract illness deaths in the 0-5 years age range. This would indicate that 605 0-5-yearolds die in Europe annually from fossil fuel derived air pollution. We also know that air pollution contributed to the death of 1250 babies in their first month of life in high-income countries in 2019, a figure which rises to half a million worldwide, although two-thirds of these are attributable to indoor air pollution.

For a long time in the UK we had a surreal situation where we knew significant numbers of children were dying from air pollution, but it didn’t appear on any death certificates. That all changed when, late in 2020, a coroner certified that the death of nine-year-old Ella Kissi-Debrah was caused by a combination of severe asthma and air pollution, and directed health care providers to prevent future deaths. She had been suffering severe asthma attacks for some time and lived near the hugely polluted London South Circular Road.

There are potential Ellas all over the world. Air pollution is one of the most universal of the deadly health impacts of the climate crisis – London’s pollution is mild compared to some world cities. This is why Ride for Their Lives travelled with Pollution Pods, an art installation which recreates some of the world’s most polluted air. The first pod recreates the incredibly pure air of a Norwegian wilderness, the second London’s air – health and safety regulations decree this cannot contain the real air of London, even if the pods appear there. The installation then progresses to New Delhi, and in this pod you can barely see let alone breathe. During the ride we stopped for several public events with the pods to get our message out there. 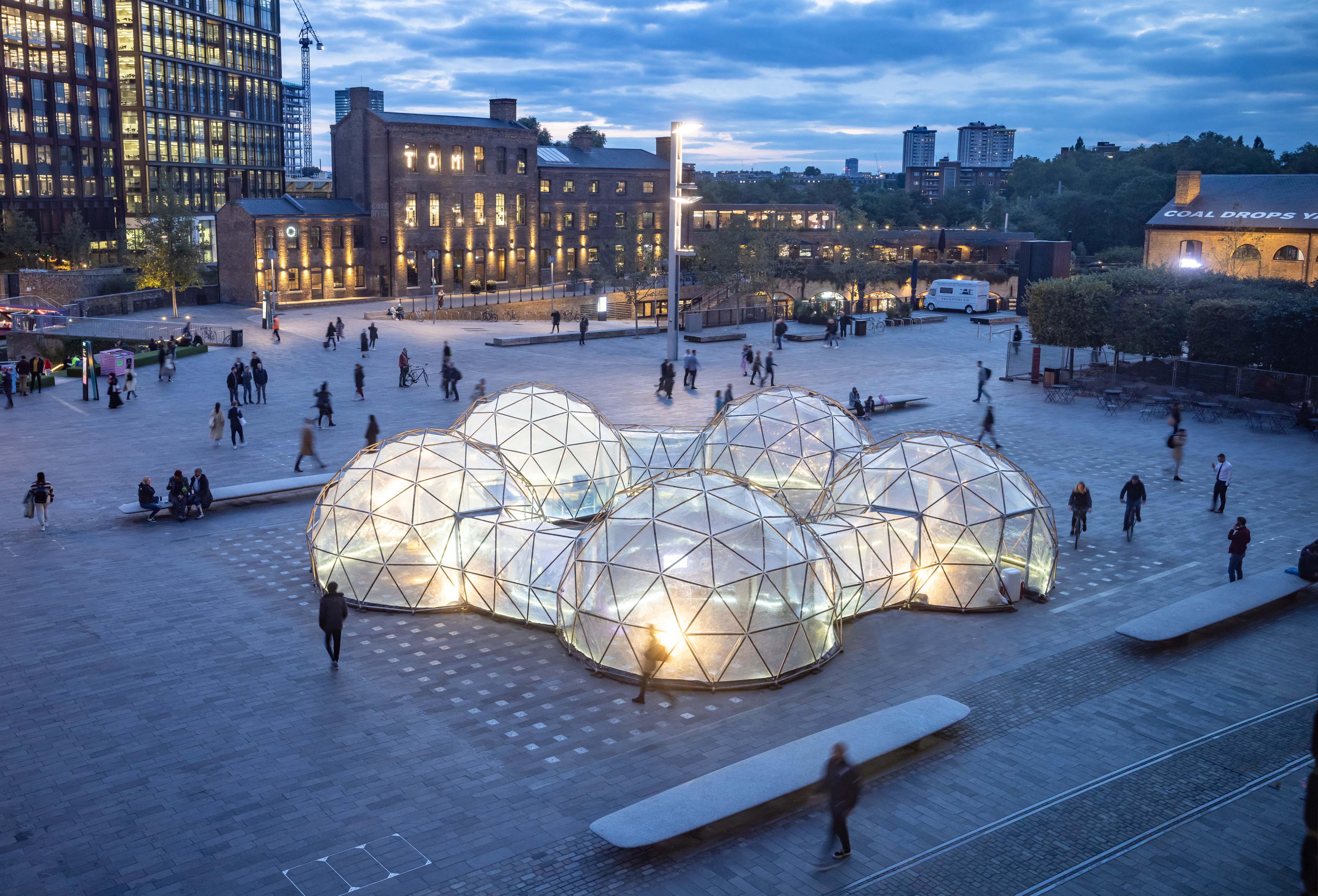 In Australia, the population is also facing extreme heat, bushfires, floods and droughts, and as an Australian citizen myself, I fear for our children’s future.

As a paediatric intensivist, I think a lot about how you deal with a crisis. Denying that a child’s medical condition is deteriorating, and delaying taking action, will not save their life. Yet this is exactly what we are doing about the planet’s rapidly deteriorating condition.

One of the things that stops us taking action on the climate crisis is the fallacy that we can only act confidently in our own sphere of expertise. But we have no time to become climate science experts. As clinicians we routinely rely on research from others. We appraise it and take actions based upon it, not try to reproduce it ourselves. Rather than promoting ourselves as climate scientists we need to do what we do best, interpret the science and explain it to our colleagues and patients. We should use the influence and trust we enjoy, based on our professional dedication to the preservation of human health.

Tackling the climate crisis will be challenging, it’s a question of getting everyone to play their part and take the necessary steps. To do that we need influential people and health professionals can be influential. That’s why we cycled to Glasgow – to use our influence.

We also need to collaborate across borders.  Walls, lockdowns and oceans do not stop the spread of CO2. Ride for Their Lives, while diverse in most aspects of the physical riders, needed to include the international child healthcare provider community. To do this we created the virtual ride where healthcare riders and the public could contribute their own kilometres from anywhere in the world. We aimed for one million kilometres in October and we made it (although we needed a few days in November to sneak over the line). More importantly we got the support of 506 child healthcare providers from across the planet with the greatest support in Australia and Chile.

Oddly, the ride itself was hugely motivating and enjoyable and made us all feel much more hopeful. That wasn’t necessarily the reason why we did it – I personally was motivated by guilt and shame – but it was still a good outcome. I hope that emotion will ripple out beyond the cyclists across the whole healthcare community. Action is the best treatment for despair and delay.

We need to use the trust and influence we enjoy as doctors to make the link very clear for patients, employers and local and national governments – what we are doing, by our addiction to fossil fuels, will wipe out our children’s future.

The impact on our children’s future is the underlying, unifying message. As paediatricians we may feel that we are dedicated to helping sick children. But we are lying to ourselves if we ignore the destruction of their inheritance, the earth.

Health professionals are capable of actions that span all levels of society – from rallying communities, to being a thorn in the side of climate-crisis-denying governments, to having sensitive conversations with individual patients and their families.

As clinicians, every single one of us needs to see tackling the climate emergency as part of our job. If we really do care about children, as we claim, how can we do otherwise? What is more, it will make you healthier and more hopeful, as I found out on the Ride for Their Lives.

Doctors have a responsibility to advocate for urgent climate change action