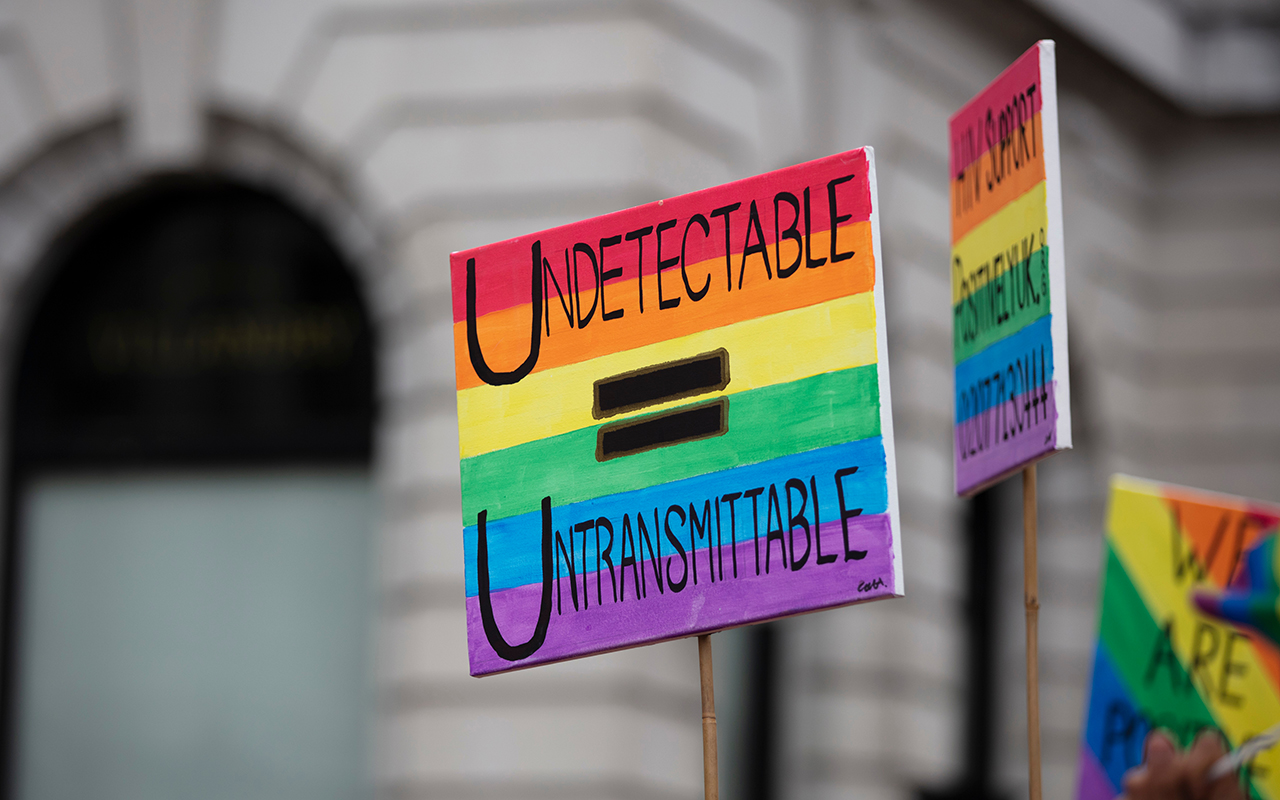 HIV: time for doctors to get behind U = U message

NEW resources are available to tackle scepticism about the effectiveness of antiretroviral therapy (ART) for HIV and build confidence in the scientifically robust public health message that undetectable equals untransmittable (U = U).

The Australasian Society for HIV, Viral Hepatitis and Sexual Health Medicine (ASHM) has released its third and most strongly worded edition of guidance on U = U, stating:

“We can state with confidence that people who take ART daily as prescribed and achieve and maintain an undetectable viral load cannot sexually transmit the virus to an HIV-negative partner.”

The evidence for the U = U public health message, which began in the US in 2016, was now “overwhelming”, according to a 2019 meta-analysis cited in the guidance.

Calling on doctors to provide clear and consistent information about U = U to patients, ASHM also provided an infographic that can be made available as a patient handout or displayed in practices.

“The words we choose as healthcare providers and the advice we provide (or not) to patients with regard to U = U can have significant impacts upon their health outcomes,” the guidance states.

It notes a report from the US that some health professionals have been unduly reluctant to use words like “no” or “zero” when discussing transmission risk with patients, and some have unjustifiably counselled that the U = U message is only applicable in the context of condom use.

“Clinicians are likely the first professionals with whom a newly-diagnosed person will be able to safely speak,” the guidance states. “Amidst the understandable fear and concern they may experience, the message of U = U is crucial.”

“This will be particularly so if it gives people with HIV the confidence to disclose their status. It can help substantially address any already existing HIV-related stigma and can also serve as a significant additional incentive to consider starting ART.”

Professor Tony Kelleher, director of the Kirby Institute at the University of NSW told InSight+ that effective communication around U = U had “lagged well behind the science”.

“There’s a core of people that know this message very well, but once you get outside that highly experienced group of doctors and peer educators, the message probably drops off very quickly.

“I guess it’s so different from what we all preached for so long about HIV,” he said. “The data is somewhat confronting and not what people would expect from first principles.”

Describing ART as a “modern medical miracle”, Professor Kelleher said the pills were safe, easy to use and had minimal side-effects. “They give people a normal lifespan and make them non-infectious,” he said.

Professor Kelleher cautioned that the risk of transmission of other sexually transmitted diseases such as syphilis and gonorrhoea was unchanged by ART.

“There are nuances and subtleties in the risk negotiations that need to go on depending on each individual and their relationships,” he said.

The interval between viral load testing also needed to be adapted to each patient, he added.

“If you have a patient who is absolutely compliant with their ART and hasn’t had a detectable viral load for 10 years, then doing more frequent viral loads is not very useful,” he said. “Six-monthly testing is absolutely sufficient.”

“In someone starting therapy or with a lower level of compliance, who is still engaged with their practitioner or peer educator about how to become more compliant, more frequent testing is absolutely required,” he said. “You would want to see suppression for at least 1–3 months and good compliance to be sure that the drugs were having the effect.”

Brent Mackie, Associate Director of Policy, Strategy and Research at ACON (AIDS Council of NSW) said awareness of U = U had dramatically improved in recent years.

An online evaluation survey of NSW men who have sex with men conducted by ACON found 87% agreed or strongly agreed with the U = U message in 2020.

“That said, there remain people who are unaware, or who are doubtful,” Mr Mackie told InSight+.

“Awareness can be lower among men in regional areas and among recent migrants who don’t have English as their first language or haven’t been exposed to HIV prevention campaigns featuring the U = U messages.”

“For instance, on dating apps, sometimes people will say quite direct things like they ‘don’t want any positive people’ or ‘I’m clean’, which can be really demeaning and stigmatising,” he said.

Mr Mackie said the rapid uptake of ART among people newly diagnosed with HIV was encouraging – the median interval between diagnosis and initiating treatments was just 14 days according to recent NSW Health data.

“Within a short time, 95% of those people on HIV treatments achieve an undetectable viral load, they can go on to live a normal healthy life and can be assured they cannot infect other people with HIV” he said.

Associate Professor James McMahon, an infectious diseases physician and Head of Infectious Diseases Clinical Research at the Alfred Hospital and Monash University, and a contributor to the latest guidance, has co-authored a Perspective in the MJA.

“The science is clear,” Associate Professor McMahon and colleagues wrote. “The meaning of the message behind U = U is that maintaining an undetectable viral load means there is no risk of sexual transmission of HIV to their partners.

“There are now zero reasons not to share this life-altering information with people living with HIV and those at risk of HIV infection.”

McMahon and colleagues noted four major studies had investigated transmission risk in a total of 3000 serodiscordant couples where the HIV-positive partner had a viral load below 200 copies per mL or 400 copies per mL in blood.

“With over 6000 couple-years of follow-up, there was not a single linked HIV transmission in these couples,” they wrote.

“Importantly, data from high-risk groups included over 90 000 condomless sex acts in men who have sex with men.”

Associate Professor McMahon and colleagues said the U = U message was a positive one:

“This is not about discouraging condom use or responsible sexual behaviour; it is about providing assurance to patients about their sometimes unexpressed fear of infecting others – a key cause of stigma, shame and poor psychological wellbeing.”

Research suggested as many as 20% of Australians with HIV may not have received the U = U message from their health provider, Associate Professor McMahon and colleagues noted.

“Reasons for this could be a lack of knowledge about U = U, unrecognised stigma on behalf of the health care provider, or doubt about the evidence despite widespread endorsement of U = U by government bodies and HIV management guideline panels,” they wrote.

One thought on “HIV: time for doctors to get behind U = U message”