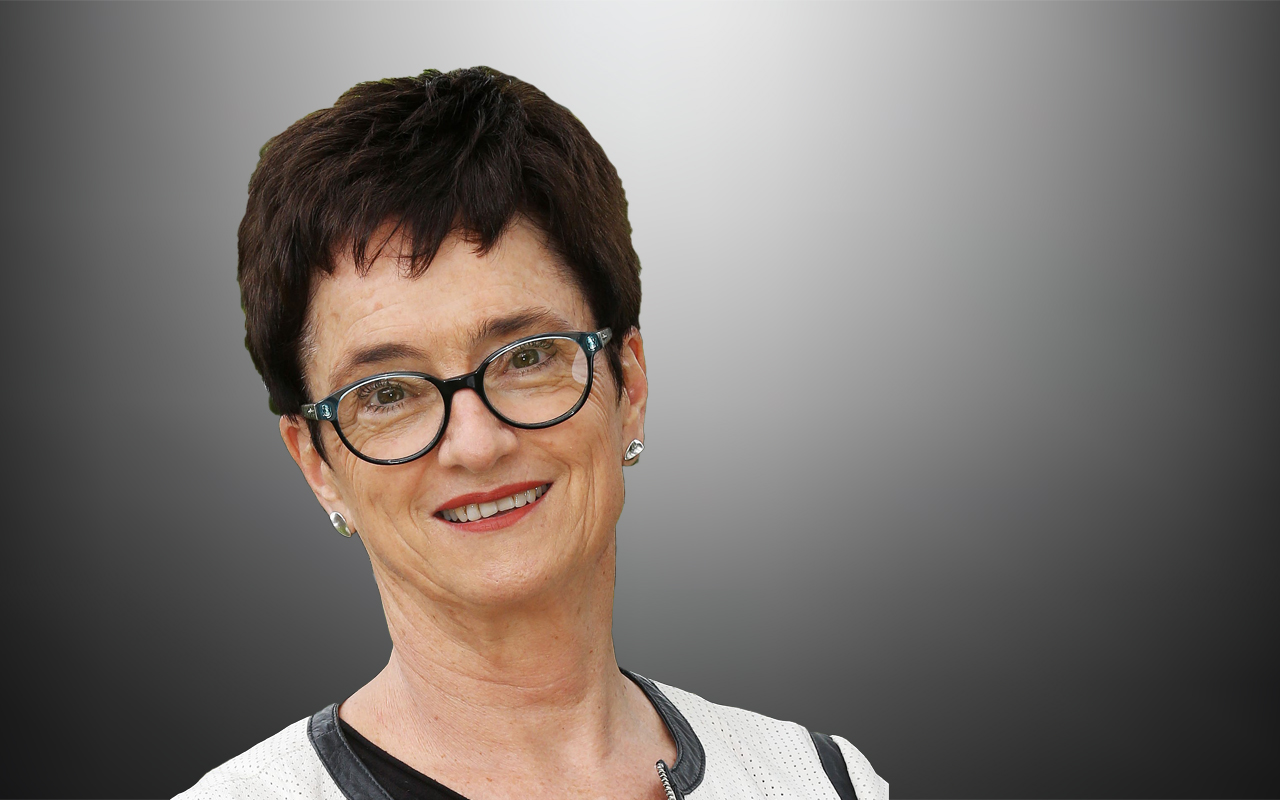 IF you are someone who looks after older patients in residential care facilities, you would be forgiven for not keeping up with all the regulatory changes related to aged care that have occurred over the past 3 years. Multiple changes have been enacted to improve the quality of aged care, particularly related to the use of physical and chemical restraints, with the most recent of those changes coming into play on 1 July 2021.

This article reviews why those changes have occurred, what they are, and what it means for older people in care, medical practitioners, and aged care providers.

The bottom line is that since 1 July, if medication is used as chemical restraint, it is the responsibility of the prescriber to obtain consent. If the older person is not able to give consent (and this will apply in the majority of situations), the consent will need to come from the “restrictive practices substitute decision maker”. The process to appoint this person varies by jurisdiction and in some cases requires specific appointment by the state’s guardianship authority.

We are all aware of the challenges facing those who care for older residents in aged care. Many residents have dementia and experience the associated changes in cognitive function, in personality, and in behaviour that occur with this progressive neurodegenerative condition. Many are also physically frail and at risk of falls and fall-related injuries.

The use of psychotropic medications in this group of older people is very common despite concerted efforts to reduce their use, and unfortunately, they often come with harmful side effects. This was graphically illustrated in the hearings of the Royal Commission into Aged Care Quality and Safety, with photos and evidence of one older man in residential respite care before and after he was given antipsychotic medication to reduce his restlessness and wandering. He had been independently mobile before receiving the medication, and was chairfast, drowsy and unable to do anything for himself in the days following use of an antipsychotic. The accompanying photographs illustrate this starkly. On returning to his home after respite, he did not regain his original level of function. This was an example of chemical restraint when the antipsychotic medication was used to modify his behaviour and restrain him.

In 2017, the health and aged care communities were shocked by the release of the Oakden report in South Australia. This reported on practices in Oakden Older Persons Mental Health Service in North Adelaide which highlighted the very widespread use of physical and chemical restraints, and the abuse of human rights of older people in the service. It drew attention to the need to regulate and report on the use of restraints across the health and aged care sector. At the same time, the Australian Law Reform Commission completed its Elder abuse: a national legal response report that included observations on the use of restraints in residential aged care. The Commonwealth government then commissioned an independent review into regulatory processes in aged care which reported in late 2017 and led to the development and enactment of the Quality of Care Amendment (Reviewing Restraints Principles) Principles 2019.

In mid-2019, these Restraint Principles came into effect to protect older people in aged care facilities from the inappropriate use of both physical and chemical restraints and set out conditions for their use. These included the need for assessment showing that the older person was at risk of harm to themselves or others, that alternatives to restraint had been tried, and that the least restrictive form of restraint was being used.

An Independent Review of the effectiveness of these Restraint Principles was conducted in late 2020. The Review reported that awareness of the appropriate use of restraints had improved, but that firm conclusions could not be reached about the effectiveness of the Principles due to the short period during which they had been in effect, and the lack of benchmarking data on physical and chemical restraint prior to their commencement. The review made recommendations around definitions, terminology and clarification of requirements for informed consent.

Coincidentally, at the same time (early March 2021) that the Independent Review was received by the Commonwealth, the Final Report of the Royal Commission into Aged Care Quality and Safety was also received. The Royal Commission noted that older people receiving aged care services require the same protection from the use of restrictive practices as other members of the community. Recommendations included that the use of restrictive practices for people in residential aged care should be based on “an independent expert assessment”(defined in the legislation as a doctor, nurse practitioner or registered nurse for physical restraint, and a doctor or nurse practitioner for chemical restraint), they should only be used as a last resort, and there should be ongoing reporting and monitoring of their use.

The Commonwealth’s response to the Independent Review and to the Final Report of the Aged Care Royal Commission was to announce strengthening of the legislation relating to the use of restraints.

This led to further consultations occurring in early 2021 using the Aged Care Clinical Advisory Committee and the Restraint Advisory Group which had met on previous occasions to consider the 2019 Restraint Principles. There was some urgency to this as the 2019 Principles were due to cease due to sunset provisions on 30 June 2021.

A number of changes were recommended from the consultations, and these were included in the Aged Care and Other Legislation Amendment (Royal Commission Response No.1) Bill 2021 which passed through both Houses of Parliament in June 2021 and became law on 1 July 2021.

The new legislation requires that chemical restraint can only be used where there is clear documentation of behaviour that may cause harm or distress to the older person, that there is a risk of harm to the person or to another person, and that there has been an assessment of this behaviour by a medical or nurse practitioner who has day-to-day knowledge of the older person or by a behaviour support specialist. There also needs to be documentation of alternative strategies that have been tried, and that what is being proposed is the least restrictive alternative.

Importantly, it has been made very clear that it is the responsibility of the prescriber (usually a GP) to obtain informed consent for the use of chemical restraint, not the aged care provider. Currently, aged care providers may be assisting with this process so that they meet their regulatory responsibilities. However, it is important to emphasise that it is the prescriber’s responsibility to gain consent for chemical restraint in all circumstances, and it must be obtained in line with the regulations in the state or territory in which the resident is living. If an older person who is assessed as requiring chemical restraint is unable to consent, then consent must be gained from the “restrictive practices substitute decision maker” appointed through the relevant state or territory Guardianship authority. For instance, in NSW this would be a guardian appointed with a restrictive practices function.

What do these changes mean?

Clearly it is more difficult now to use medication as restraint and this is a good thing.

Assessing why the behaviour is occurring is very important and the presence of factors such as pain, infection, sensory deprivation, overstimulation, boredom, delirium, and drug effects need to be considered. There are many other alternatives to consider before medication and the use of the Australia-wide Dementia Behaviour Management Advisory Service (1800 699 799) is strongly recommended before prescribing medication. As most older people in residential care do not have a restrictive practices substitute decision maker appointed, there may be major issues finding a person to provide consent. In NSW and SA, for example, an application has to be made to the Guardianship Tribunal for a restrictive practices substitute decision maker to be appointed.

Chemical restraint should not be confused with the appropriate use of psychotropic medications to address symptoms of mental illness or dementia. Use of antidepressants for depressive symptoms or agitation in dementia, or the use of antipsychotics for hallucinations or delusions in dementia is in line with Dementia Clinical Practice Guidelines. Consent must still be obtained, but in these cases from the older person’s medical decision maker if they are unable to give consent.

Aged care providers will need to address the requirements for adequate documentation, and to have adequate staffing numbers and skill mix to manage the behaviour that is often seen in people with dementia. The Aged Care Quality and Safety Commission, which is the regulator for aged care, has a number of very useful documents on the changes and on the obligations of aged care providers and health professionals.

Anecdotally there is already a reluctance for some providers to accept new residents with dementia and known behaviour and psychological symptoms of dementia because of the increased regulatory burdens related to these residents.

The regulations are very new, and time will show whether they are effective in their aim of improving care for our vulnerable aged care residents.

Professor Susan Kurrle is a geriatrician at Hornsby Ku-ring-gai and Eurobodalla Health Services, and the Curran Professor in Health Care of Older People at the University of Sydney.