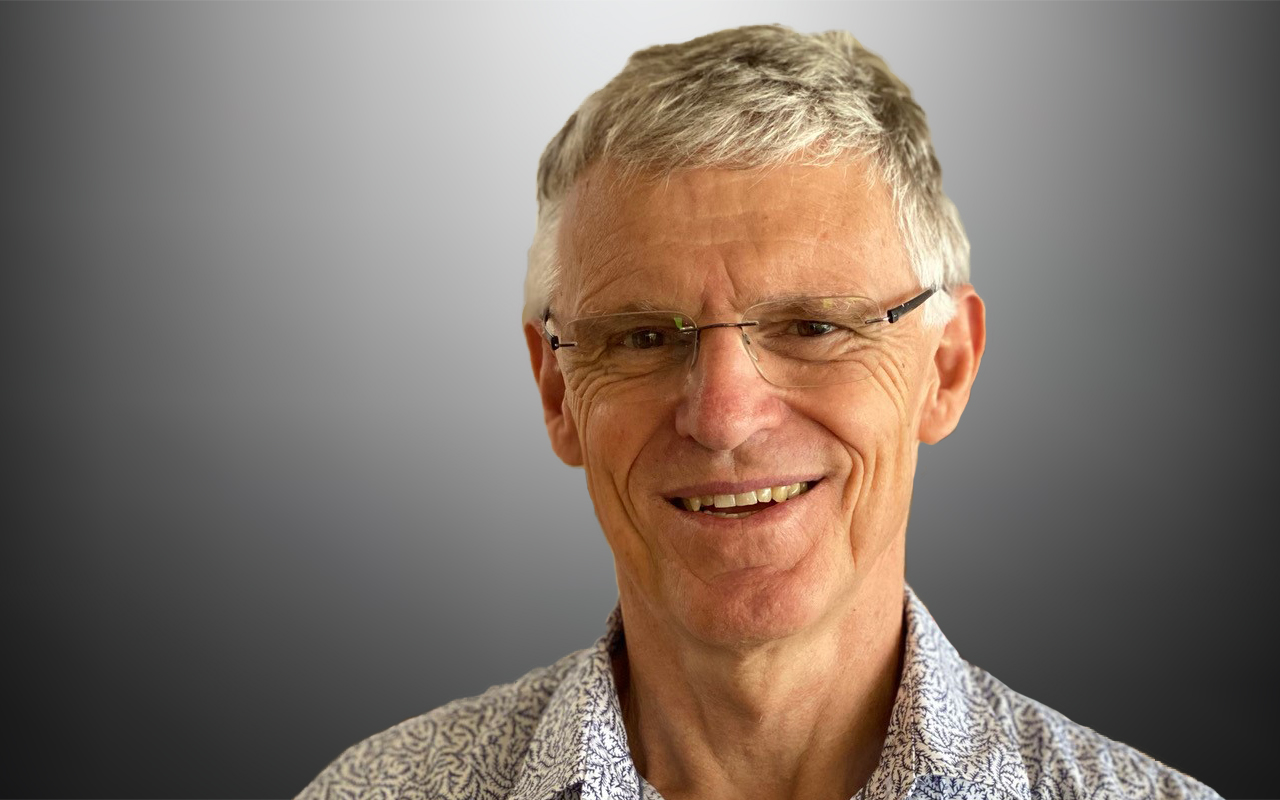 THE global pandemic of SARS-CoV-2 has cut a swathe through healthcare workers across the globe. Significant numbers have died from COVID-19 acquired at work, and each of them has left behind a much larger number of grieving and distressed colleagues, not to mention their families.

Many have had their finite store of compassion exhausted by a ceaseless torrent of sick and dying patients for whom they struggle to provide care with the sensitivity and connection that had previously defined their identity as a healthcare worker.

The New York Times has done excellent but graphic stories describing events in the US and the UK:

Among the most difficult tasks for clinicians has been the need to assume full responsibility for exclusionary triage – choosing which individuals will not receive treatment because resources are insufficient to treat all those who might benefit.

The net benefits of public triage protocols are clear. Several months ago, I heard a discussion on the ABC TV program The Drum with an Australian journalist living in the UK. He described the great relief of his friend, a doctor, when his hospital provided a triage protocol. The doctor and his colleagues could now discuss with those patients who were being excluded from treatment and their families that they were undertaking this task in the interests of, and with the support of, their community as a whole. Although this was difficult enough by itself and they took responsibility for their part in it, they now did not have to take personal responsibility for each death when they withheld or withdrew treatment.

The attitudes and actions of employers during the pandemic have had a major impact on the outcomes for their employee healthcare workers, particularly when they have not provided appropriate support for the roles that they expect of their workers. Many healthcare workers have expressed anger at this perceived betrayal by local political leaders and employers, and sometimes even their community, particularly when the toll of the pandemic and measures to control it have been dismissed or ignored (eg, US, UK and Brazil). This has and will have consequences.

Most of us do not often think about how the complexity and intensity of the cutting-edge medicine depends on closely choreographed work of highly skilled workers, many of whom have been temporarily reassigned to the care of patients with COVID-19. Eventually, when the global pandemic begins to wane, the accumulated psychological harm – post-traumatic stress disorder, compassion fatigue, moral distress, and burnout – suffered by healthcare workers is likely to confound efforts to re-establish pre-pandemic levels of treatment for patients with the rest of the spectrum of disease. While many will be relieved to get back to a role they prefer, significant numbers may reconsider their commitment and back off from their previous level of emotional engagement with their work.

Some will leave all together, and rebuilding teams may take some time.

Recent articles (Liddell and colleagues, Close and colleagues, and Cairns and Coghlan) described the legal jeopardy faced by clinicians who have had no option but to engage in exclusionary triage. I believe that this could be matched by moral culpability, responsibility for compensation, and perhaps legal liability of health system employers (most often governments) and managers (as persons in control of a business or undertaking) who have failed to comply with workplace health and safety legislation by providing the clearly identified guidance necessary to minimise the harm experienced by employees who must make triage decisions.

Across the states of Australia, workplace health and safety laws are effectively almost identical. As an example, under Queensland’s Work Health and Safety Act 2011:

(a) to eliminate risks to health and safety, so far as is reasonably practicable; and

“a person conducting a business or undertaking must ensure, so far as is reasonably practicable …

(f) the provision of any information, training, instruction or supervision that is necessary to protect all persons from risks to their health and safety arising from work carried out as part of the conduct of the business or undertaking”

Australian workplace health and safety laws also create offences, and penalties, for employers (including governments) and managers who fail to fulfil the duties that are spelled out in legislation.

Most clinicians can deal with death. We accept that disasters, tragedies and other bad things are inevitable, even pandemics. As healthcare workers, we recognise that, in a disaster, we have a moral and professional duty to accept risks and conditions that others do not. Driven by these personal values, and commitment to their patients, many healthcare workers – not as many here in Australia (so far), but plenty elsewhere – have worked way beyond the bounds of what might have been reasonably expected of them.

The acceptance by clinicians of the responsibility for triage decision making is matched by the duty of care of managers and political leaders to provide legal and moral support for their doing so.

To fulfil this duty, leaders must openly acknowledge the gravity of a disaster as it is identified, either before the event and/or as it unfolds, and take all of the necessary and obvious steps in preparation. For triage, this means the prospective development by clinicians, leaders and the community at large of guidelines and protocols based on a shared understanding of the grounds upon which difficult decisions would be made were they necessary.

While a governmental decision not to provide protocols might be considered liberating because there is no standard against which decisions could be judged, this may carry significant legal jeopardy for the decision maker, and would almost certainly lead to harmful inconsistency in the choices made, onus for which should fall on government.

The UK government decided not to produce triage protocols and it seems, anecdotally, that in the absence of guidance, clinicians have adopted informal means of resource allocation by measures such as changing hospital and ICU admission criteria (here and here). One of my clinical colleagues recently suggested to me that UK clinicians who had been afflicted by psychological harm from making unsupported triage could claim compensation from their employer for failing its duty of care to address a known risk. In many countries, large numbers of clinicians may be thus affected, and the costs significant.

Governments have known, or should have known, from long before COVID-19 that it is their duty to prepare their community for exclusionary triage. The extensive literature referred to in earlier publications addresses the importance of the measured transparent development of guidance and protocols for triage decisions (here and here).

Shortly after the onset of this pandemic, the Australian and New Zealand Intensive Care Society (ANZICS) produced its Guiding principles for complex decision making during pandemic COVID-19.

“ANZICS recommends that healthcare organisations and relevant authorities determine how such situations will be managed in their jurisdiction according to established ethical principles and in a manner that reflects community expectations. Such determinations should be formally conveyed to clinicians ahead of any need to apply them to specific individual situations”

This was widely circulated in Australia. State, territory and federal governments were aware of their responsibility and commissioned various groups to explore the issues, including in consultation with the community (Consultation draft: an ethics framework for pandemics; National Health and Medical Research Council, Australian Government, October 2020 [now removed with final report pending], here, and Irving et al on behalf of the Queensland Clinical Senate, Queensland ethical framework to guide clinical decision making in the COVID-19 pandemic, Queensland Health April 2020 [now redacted]). However, before any protocols or guidelines were finalised, the work was constrained, suspended, or even redacted from a public website without notice or explanation. Across all the various peaks, troughs and blips of COVID-19 in Australia, no public protocols for pandemic triage have emerged, and no Australian governments have legislated to indemnify healthcare workers whose job it is to make decisions in the event of a disaster.

In summary, it is very clear that, around the world, healthcare workers are suffering significant psychological harm as a consequence of having to make resource allocation decisions without appropriate support.

It would be no surprise if a doctor or nurse were to lodge a claim for worker’s compensation because they had suffered such harm. For a young doctor who becomes unable to work in the profession for which they have trained, the cost might be a lifetime’s earnings, not to mention the loss to society of their career-long contribution to the health of their community.

It is not the purpose of this article to promote resorting to the law to remedy harm, but to support the primary goal of workplace health and safety legislation being to prevent harm in the first place.

Our leaders’ moral duty of care, not just to the wellbeing of the healthcare workers through compliance with workplace health and safety legislation, but also to the community as a whole, is to be candid and open so that we can all share in the responsibility for dealing with very difficult issues. When communities have been consulted, they have engaged constructively about how the difficult choices of triage should be made.

Clinicians know only too well that conversations about death and dying can be difficult to initiate. However, this is nothing compared with the challenge for employers trying to explain after the fact why they have kept secrets from those who needed to know, both clinicians and the community. Candour about the challenges of triage combined with maximal personal and legal support for those who must do it will reduce the threats to the health and wellbeing of employees, help to sustain the trust of healthcare workers in their employers, and enhance the rebuilding of complex health systems after disasters have passed. Some of our colleagues who might otherwise have withdrawn from health care may be able to persist with the professionalism that has sustained them through the pandemic and was so important to them before COVID-19.

That sounds like a win-win for those leaders who have been able to talk candidly about serious matters of life and death. Especially if, as from the UK:

“… it does become apparent that at the peak of this pandemic doctors in the UK were having to make rationing decisions without a clear framework or support for doing so, there are some who should be held to account. That should not be the doctors – rather the policy makers and politicians who chose, in the face of a predictable threat, to ignore it. They are ethically, (even if not legally) responsible”