Doctor, your patient has a spiritual side 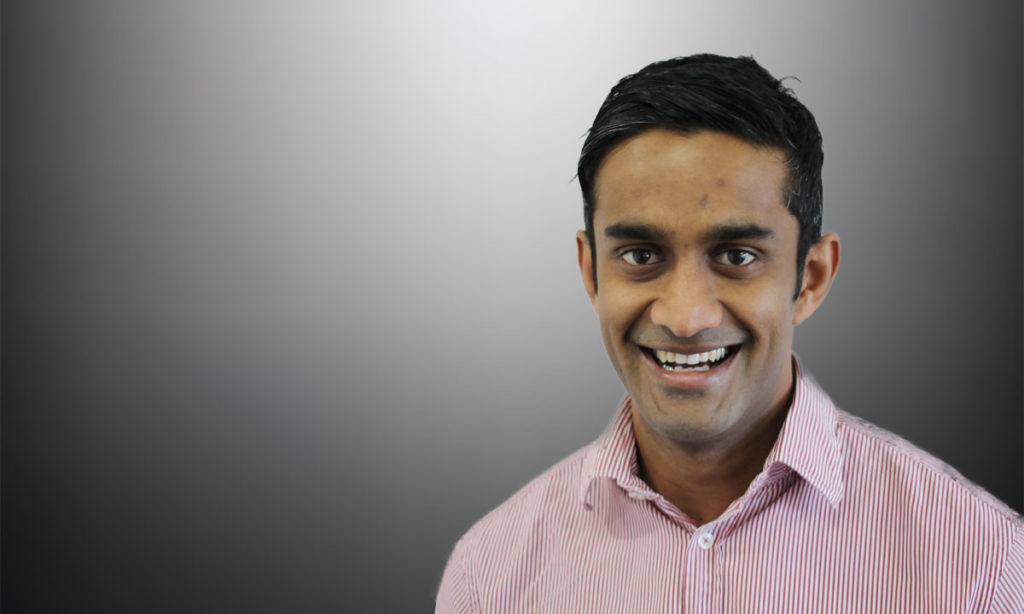 HE was a good man and only a few years younger than me. That made it all the more real.

He had interests that were completely divergent to mine, like loud cars and Harley motorcycles and he had friends with long hair and Megadeth T-shirts.

But Steven was dying. He had cancer everywhere.

It had been a late diagnosis – a symptom that was understandably embarrassing and happened only occasionally. But when it happened for 5 days straight, it troubled him enough for his fear to far exceed his embarrassment.

The explanation wasn’t what he had hoped for. It wasn’t that simple. It was cancer and it had now spread to his liver and bones. That explained his backache and why he was always tired. It wasn’t his 60-hour work week spent driving trucks or lifting his baby daughter awkwardly but something more sinister than that.

Steven’s cancer was never going to be cured but rather placated until it progressed further. For Steven, he would suffer every complication each doctor consents for but hopes will never happen.

I stood at his bedside a handful of times as his blood pressure hung in perilous danger from the septic shock that had overwhelmed his body. I too had ordered key tests which had delivered bad news at every turn — more spread, worsened organ function, the need for yet another intervention and, finally, tests and results that determined the ceiling for no further treatment.

Steven’s story of suffering and challenge changed me forever because of what he taught me about how unlikely friendships can form, but most importantly about the value of a person’s spirit and their expression of spirituality in the practice of medicine.

As human beings, we are a beautiful intricacy of physiological and chemical processes that are driven by our unique genetic, environmental and psychological make-up. This determines the way we feel and thus interact with our world.

But have you ever thought about what drives and lights up those biological processes? About what lies behind the things that bring us immense joy? About why certain people in our lives, some significant and sacred truths, stunning landscapes and unforgettable places, wonderful experiences and profound thoughts, stand as significant in our world?

It is because they are fuel and fire to our spirit – the great intangible.

We are all spiritual beings with a deep and innate connection to meaningful and hopeful interactions within our world.

My understanding of spirituality has brought new meaning to the many beautiful and wondrous things that each of my patients finds unique joy in. Like the peace and tranquility horse lovers describe when they lose time in caring for and riding their horses.

For Steven, meaning was found in the things he loved and the people who loved him. His eyes lit up when he talked about his collection of Harleys and Ford pick-up trucks but he beamed the most when he showed us pictures of his young daughter and talked about the love of his life, Rachel.

The one thing that we as doctors must realise is how important our patient’s unique expression of spirituality is to their entire being. It is fuel for their physical and psychological health and healing in times of illness.

A person’s expression of spirituality is the bedrock on which their biological, emotional, social and psychological health is built. Without a spiritual connection or a spiritual hope, there is little meaning or purpose in a person’s life and little grounds for their healing to begin.

As Steven lay close to the end of life in hospital, his partner Rachel knew that he needed to get home.

Rachel described  her experience to me:

“When I looked into his eyes, I could see that he wasn’t there. Steven wasn’t there anymore. This is when I knew that I needed to bring him back home.”

Rachel could see that there was no life and no spirit left in Steven’s eyes, let alone his dying body. She knew that being home, seeing his 3-year-old daughter again, being close to his family and friends and his prized collection of cars would be what Steven wanted and good medicine for his spirit.

His palliative care specialist knew this too and did everything that he could that afternoon to bring Steven home.

Nothing changed physiologically. There was no new treatment nor was there any type of cure for the acute complication that Steven was experiencing.

But as Rachel expected, when Steven arrived home, his spirit came alive again.

When I saw him 2 days after he arrived home, I was shocked. He still looked like a man very close to the end of his life, but somehow with the help of a walking frame and nearly 400 mg of a subcutaneous morphine infusion, Steven was smiling and smoking a cigarette in the sun as he admired his collection of motorbikes and his truck. His two best mates had driven his two prized Harleys in procession for Steven to look at and to talk proudly about to anyone who would listen.

He was back, Rachel said. He wasn’t healed physically but he was healed in his spirit. He was squeezing out every last moment of life, loving and connecting to the things he most cherished and to the people who brought tremendous meaning to his life that was now measured in days.

Your spiritual life is the anchor in the turbulent seas of unwanted disease, disability and finally death. Whether you care to admit it or not, we all have something that drives and lights up our spirit. We all have unique, beautiful and wonderful things that we hold close that bring us hope for the future, meaning to our world and purpose to our lives. And in the face of death and disease, these things are our fuel and fire that help us to get through hard times.

If you are having trouble connecting with your patient, try asking them what gives them hope? What brings meaning to their life? What means the world to them? How can you help them see and achieve this each day?

For Steven, it was simple once we knew. But we wouldn’t have known had we not asked.

As the complications to treatment started to mount, Steven’s avenue of treatment options started to slow and narrow down into the simple path of symptom management and comfort.

Compounding this was the fact he was under 40 and had young children. This made it all the more compelling to ask what mattered to him. What gave his life meaning? And how could we help him get through this and die healed? What then became the purpose of all his treatment and care?

“Time” was what he wanted. Quality time. Time not spent in hospital. Time spent making memories. Time spent bringing meaning to his young life and beautiful family. That is what Steven wanted.

To achieve this, it became clear that being well enough was what we had to work on.

Good medicine comes down not to what we want as doctors but rather helping our patients achieve what they want, which is often closely connected to their expression of spirituality. More often than not, it is being well enough to do the things that that they love, the things that bring them joy.

This should inform our management plans – being guided by what is important and brings meaning to our patient’s world — this is the essence of medicine.

Doctor, your patient’s spiritual needs are front and centre to them each time you prescribe a treatment, order a test, conduct a procedure and deliver news to them. Connecting to that which is important to them adds a dimension of care that powerfully enhances our relationship with each other and improves their wellbeing.

It does wonders for you too.

The practice of medicine is not one-dimensional, and holistic care is not a buzzword but what we would want also — for what truly mattered to us, to be given profound significance in caring for our disease, our disability and finally in our death.

If you want to be the type of doctor who makes a difference in their specialty and leaves a legacy, be attentive to your patient’s hope. Understand and enquire into what gives meaning to their lives. But most importantly know that your patient’s and your spiritual core are the foundation upon which our biological, psychological and emotional health is built.

Steven died 3 days after he sat basking in the warm autumn sun. His body could no longer hold the cancer which had progressed rapidly in the past few weeks. But one thing I know was that in Steven’s last days he felt safe and prepared for his death. He told me so.

I asked him how he had done this, to which he replied:

“I’ve done everything that I want. This is all I could ask for.”

As he reclined in his chair, holding Rachel’s hand on top of his, he exhaled deeply and smiled after saying this.

I think that for the tumultuous 2 years that I knew Steven and for all that he was subjected to (and more than most due to his young age), he died healed, in the sense that he experienced integrity and wholeness as we walked, ran and sometimes stumbled together towards the end of his life.

He died whole, despite his ravaged body, as his spirit was at peace and connected to the things that were meaningful to him.

Doesn’t everything die at last, and too soon?
Tell me, what is it you plan to do
with your one wild and precious life?

Help your patients by connecting them to what fuels their spirit. Often it may align quickly — physical healing in the form of medication, an operation, or more often than not, a message of reassurance.

But sometimes it isn’t clear or obvious, or quick and simple. These are the times to ask, what is it that means something to you? What is it that brings you hope? What is important to you?

That is the path to healing.

17 thoughts on “Doctor, your patient has a spiritual side”