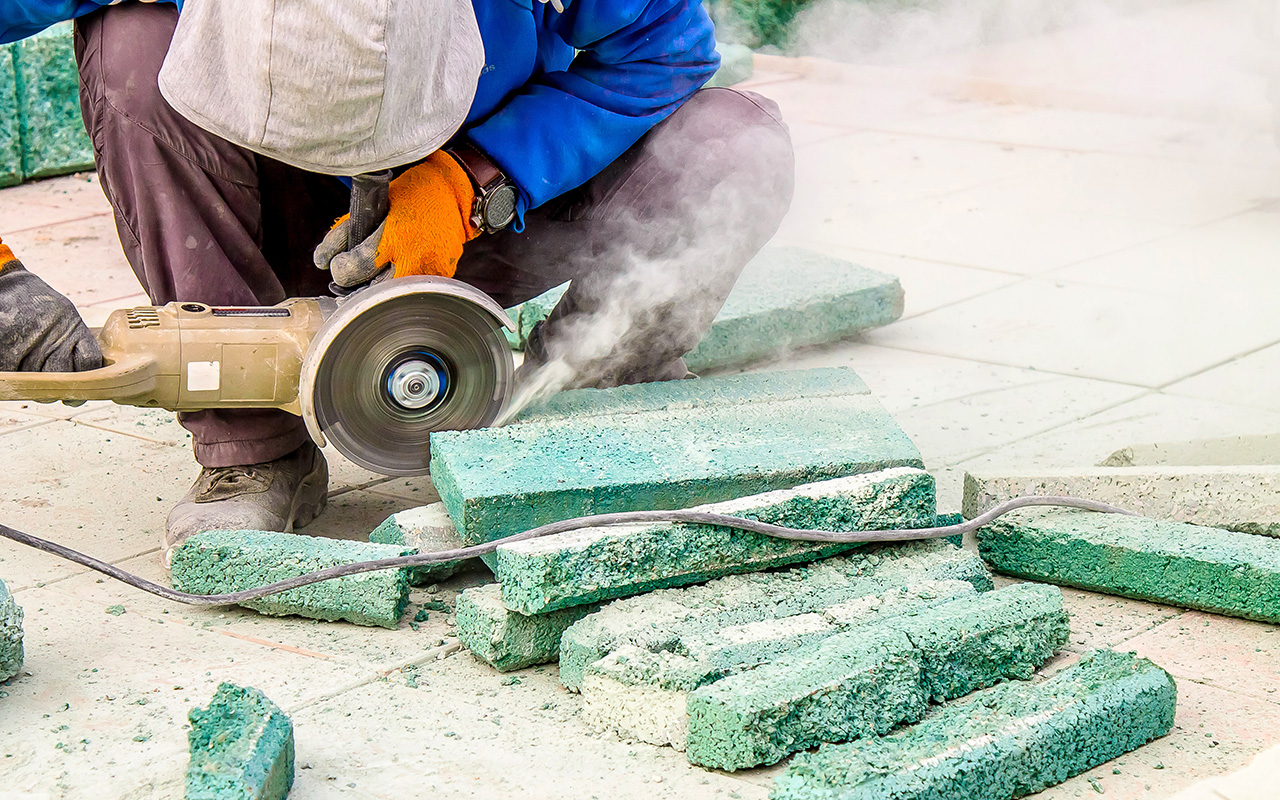 At least 411 Australians are living with silicosis, according to experts from the National Dust Disease Taskforce. Most of these cases have been diagnosed in the past 3 years and are linked to inhaling dust while cutting and polishing artificial stone used in kitchens and bathrooms.

In a Perspective in the MJA, experts led by Associate Professor Deborah Yates, a board member of the Thoracic Society of Australia and New Zealand (TSANZ), urged health professionals to be vigilant for potential cases of dust-related lung disease.

“It was only after cases of severe disease were described by the medical profession (here, here and here), and after several cases had been referred for lung transplantation, that the resurgence of pneumoconiosis was identified,” they wrote.

“These events are a stark reminder that occupational lung diseases are still a real issue in Australia.”

Artificial stone silicosis differed from other types of silicosis, they said, in that it progresses more rapidly and is also associated with a higher rate of development of autoimmunity than classical silicosis.

They recommended to clinicians the TSANZ’s new position statement on respiratory surveillance for workers in the coal mining and artificial stone industries, released in October 2020 – the first national protocol of its kind in Australia.

“In the past, we were very reliant on chest x-rays … but they probably miss 30–40% of [pneumoconiosis] cases,” she said.

“[Computed tomography (CT)] scanning is now very much more available and has lower dose radiation than it ever did.

It’s a much better modality for looking at lungs. We’ve suggested CT scanning when there’s any doubts [raised by a patient’s symptoms or chest x-ray].

“If you remove a person who is susceptible, who has high dust exposure, from dust exposure, their disease will be slowed and they may live their normal lifespan.”

“If in 20 years’ time, the patient turns up and says, I was exposed to dust, and there’s an independent true record of that, it’s really helpful. The other thing is we don’t know what other diseases [in future] might also be due to dust inhalation.”

Associate Professor Yates warned fellow clinicians “not to attribute everything to smoking”.

“In terms of smoking-related emphysema, the contribution from smoking 20 cigarettes a day for 20 years is equivalent to being down underneath, in the mine, for 20 years,” she said.

Professor Fraser Brims, a respiratory physician at Sir Charles Gairdner Hospital and Curtin Medical School was a co-author of the TSANZ position statement. He is also part of the federal government’s National Dust Disease Taskforce.

Professor Brims said the regulation of dust-generating industries such as coal mining and stonemasonry was “patchy”, with variable interpretation of laws governing employers in different jurisdictions. Furthermore, support available to workers, employers and doctors through Work Health and Safety authorities varied from state to state.

Professor Brims said a major question for the Taskforce was what should be done for people who had left the industry and were no longer covered by their employer’s legal obligations.

“People just drop out and there’s nothing but a black hole for them,” he said. “There’s currently no [Medicare Benefits Schedule] rebate for their ongoing surveillance.”

Tracking down people who once worked in the industry was part of the challenge, he said.

“Other than public information campaigns to raise awareness for people to come forward, we really rely on GPs identifying those people who have worked in a sector where they were exposed.”

The Taskforce, chaired by chief medical officer Professor Paul Kelly, is due to make recommendations in June 2021 for a national approach to detecting and managing pneumoconioses and their future prevention. The federal government has already accepted the interim recommendations of the taskforce, including the creation of a national registry so that the true burden of disease may be understood.

Professor Christine Jenkins, head of the Respiratory Group at the George Institute for Global Health and also a member of the Taskforce told InSight+:

“The biggest mistake doctors dealing with dust-exposed workers can make is not realising how urgently patients with abnormalities or symptoms need to be referred.”

Professor Jenkins said the health workforce needed up-skilling to deal with the ongoing crisis, and CT and DLCO needed to be made more accessible in coal-mining centres in regional Australia. She added that the Taskforce would be releasing its own clinical guidelines, which could be expected to reflect similar positions to TSANZ’s.

“The problem has always been implementation,” Professor Jenkins said. “If we don’t see improvements in the stone industry – especially compliance with a ban on dry cutting – the Taskforce still has an appetite for a total product ban.”

The Taskforce has noted that many workers in the stone injury come from non-unionised workplaces – often very small businesses. Furthermore, many come from non-English speaking backgrounds and are additionally vulnerable because of job security concerns.

Dr Graeme Edwards, a Taskforce member who provided figures for this story, said 1500 workers had been formally screened from the engineered stonework sector, and 358 cases had met the diagnosis of silicosis in one of its forms – a crude prevalence of 24% before regulators started to regulate the industry.

Australian Council of Trade Unions Assistant Secretary, Liam O’Brien, said in many states, health surveillance for stonemasons has been provided free of charge through a program run either by the health department or the state health and safety regulator.

“The problem with the current system is that once no longer working, workers will be put onto a workers compensation program only if they have a successful claim,” Mr O’Brien said.

“This is only valid for 2 years and many workers will have to rely on Medicare and social security payments. Support for those with chronic diseases caused by work is very poor and more needs to be done.”

The Royal Australian College of General Practitioners has produced a GP training tool on silicosis.