I published a fake paper in a "peer-reviewed" journal 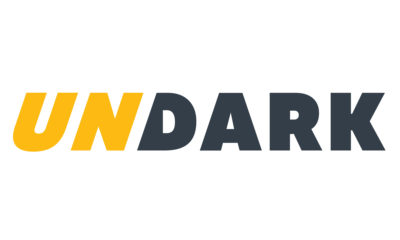 BACK in April, I received a strange email from a pair of academic journals inviting me to submit my research to one of their latest issues. The email was written in a jarring mix of fonts, and riddled with formatting mistakes and bungled idioms. The editor who sent it to me had, inexplicably, attached a handbook on Covid-19 hospital protocols, a document that detailed at length the precise mechanism of sealing the dead in a “leak-proof corpse wrapping sheet.”

It was the kind of email you might expect to receive from a long-lost uncle who wants to send you a barrel of gold bullions if you could, kindly, just wire him the cost of the shipping via Western Union. Except they didn’t want my money — at least not yet. They wanted a research manuscript.

I suspected the email was from a scam website masquerading as an academic publication, part of a growing menace known as “predatory journals.” In the niche world of academic publishing fraud, these groups make money by posing as legitimate scientific journals, publishing anything they get their hands on, and then charging authors hundreds or even thousands of dollars in processing fees. While some straight-laced researchers simply get duped into submitting to these journals, other people write bogus articles for more nefarious reasons — to pad their publication record, for instance, or to lend an air of credibility to pseudoscientific ideas that would never pass muster with serious scientists. And while there’s never really an opportune time for fake science, it is an especially acute problem during a global pandemic, when access to legitimate science is vital to public health.

What makes these frauds so devious is that it’s extraordinarily difficult to tell whether a journal is real just by looking at it online. Many of them have all the trappings of legitimate academic publications: professional looking websites; in-paper links to different volumes of the journal; “open-access” icons; even digital object identifiers, a sort of universal barcode for scientific papers. Perhaps the only foolproof way to root out a predatory journal is to demonstrate that it publishes junk science. So that’s what I decided to do.

The US-China Education Review A & B, ostensibly a pair of monthly journals of education research, had dug up a conference presentation of mine about extracurricular science learning. They wanted me to send them a manuscript about that research, which they claimed they would publish a few weeks later if it met their editorial standards and passed a “rigorous” independent peer review involving at least two reviewers. Instead, I concocted seven pages of flapdoodle, including references — loosely following the plot of the TV series “Breaking Bad” — about the educational value of high school students driving into the desert and making drugs.

The paper was ridiculous. I claimed that New Mexico is part of the Galapagos Islands, that craniotomy is a legitimate means of assessing student learning, and that all my figures were made in Microsoft Paint. At one point, I lamented that our research team was unable to measure study participants’ “cloacal temperatures.” Any legitimate peer reviewer who bothered to read just the abstract would’ve tossed the paper in the garbage (or maybe called the police). That is, if they even got past the title page, which listed my coauthors as “Breaking Bad” lead characters Walter White and Jesse Pinkman.

True to their word, a few weeks after my submission, an editor let me know my article made it through peer review and was published. (It’s still online here despite my not having paid the $520 publishing fee.) I was floored.

The US-China Education Review A&B have all the hallmarks of predatory journals. The journals’ publisher, David Publishing Company, has been derided online as a “massive spammer” whose headquarters repeatedly shift from one dubious address to another. It was also included on a list of possible predatory publishers known as “Beall’s List,” which was famously maintained by retired University of Colorado librarian Jeffrey Beall before it was reportedly taken down under the threat of legal action. (An archived version of the list remains accessible here.)

And while at first it was amusing to see the degree of nonsense this organisation was willing to put on their website, my feelings quickly soured. Although my article was goofy, the truth is I could have written anything I wanted and presented it to the world as legitimate science, using the slick veneer of this journal as cover to spread disinformation. Suppose I had instead invented an article disputing the health benefits of vaccination?

This flavor of disinformation is not hypothetical; it’s happening right now. This US summer, a paper claiming that 5G radio signals cause coronavirus was published in The Journal of Biological Regulators and Homeostatic Agents, which is suspected by some to be a predatory journal in part because some members of its editorial board appear to be dead. The eye-popping article, co-authored by an Iranian scientist with a research background in decapitating quails, was complete nonsense, despite an impressive-looking mess of equations. But that didn’t stop it from being shared widely on social media and alt-right sites like InfoWars, feeding into a motley assortment of conspiracies about 5G that have led people to try to burn down cell phone towers. The fact that the journal that published the article was indexed by PubMed essentially gave it a stamp of approval from one of the largest vetted biomedical research databases in the world.

In just the past few months, other articles hosted by dubious publishers have suggested that olive oil and “provincial herbs,” or jade amulets, may prevent COVID-19. A recent review of publishing during the pandemic found more than 360 articles related to COVID-19 that were published in likely predatory journals. And while some of the more outlandish of these papers appear to have been written earnestly — by researchers who also happen to be delusional — others seem to have had more pernicious purposes.

Access to legitimate sources of scientific information is essential for effective public discourse. It is particularly critical during a global health emergency. Yet even as academic journals are increasingly bringing science out of the ivory tower through online publishing and open-access journals, purveyors of misinformation are muddying the waters. All the open access in the world means nothing if you don’t know whether what you’re reading is real. This dilemma is representative of the broader paradox of the information age: A flood of easily accessible information in the knowledge pipeline can be both a great equalizer and a means of further stratification if the information some people keep finding is the gunk around the rim.

There are occasional attempts to stem the rise of predatory publishing. In 2017, researchers published an experiment in Nature outlining how they sent hundreds of bogus applications for a made-up scientist to serve as an editor at predatory journals — and found that dozens of journals were willing to hire someone with no relevant qualifications to review articles. And then there are the folks who do what I did: publish nonsense and then publicize that fact to prove that a journal is predatory. Although it’s satisfying to see such a journal ridiculed for publishing an article that just repeats the words “Get me off your fucking mailing list” hundreds of times, it probably does little to stem the tide of predatory publishing.

So what can be done to stop predatory journals and give the public more informed access to legitimate science? Social media sites could probably pay a role in flagging known make-believe articles as misinformation, since most of the traffic to these articles is driven by shares on social media. Unfortunately, that level of moderation requires an ability to discern whether or not information is legitimate, which is hard to do for a tweet, let alone a 10-page paper full of scientific jargon.

Until a better system for rooting out disinformation online is sorted out, dealing with predatory journals in the era of Covid-19 will require discernment and common sense on the part of individual readers, and a clear-eyed understanding that fraud is alive and well in every corner of the internet — even in the banal tomes of scientific literature.

In the meantime, if you see an article floating around that touts the educational benefits of sending high school students into the New Mexico desert to make drugs, please, pay it no mind.

Bradley Allf (@bradleyallf) is a freelance science writer and Ph.D. student at North Carolina State University studying conservation biology. His work has been featured in Scientific American, Discover, Atlas Obscura, and other publications.