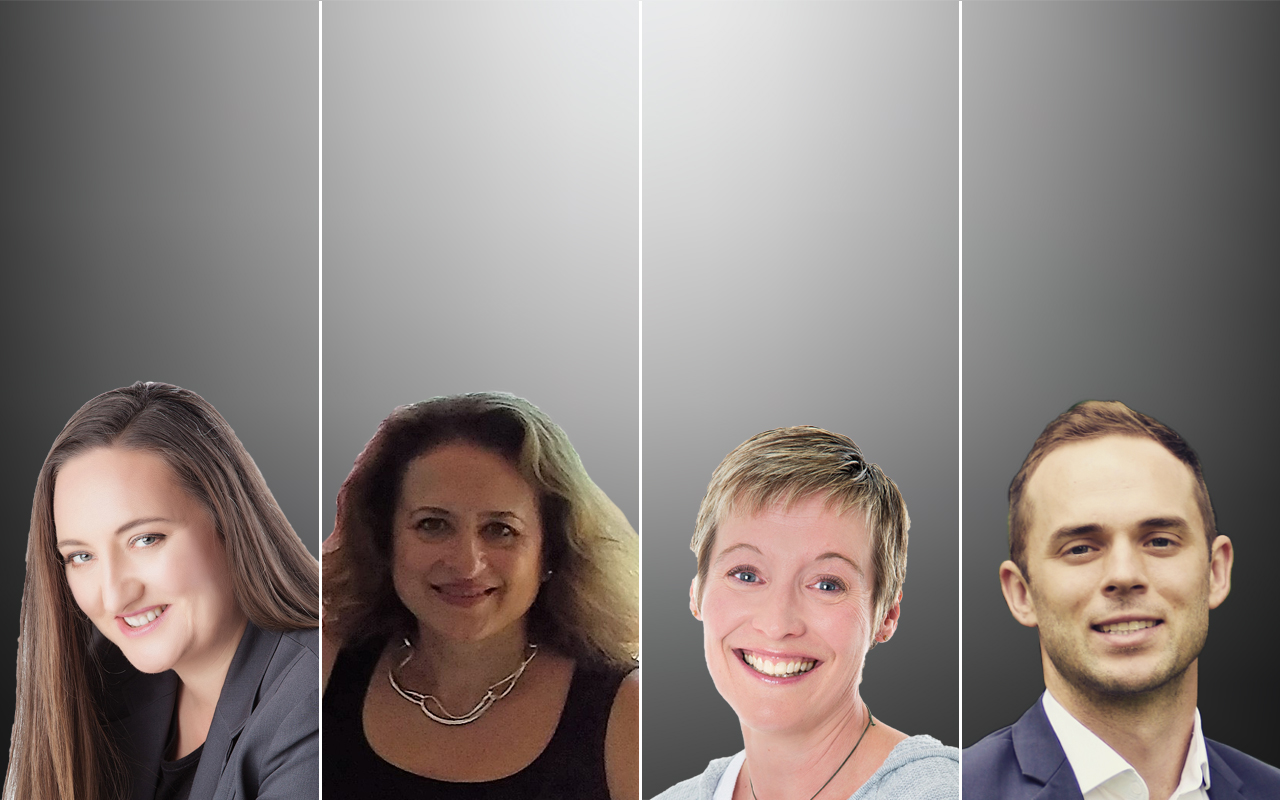 AGEING is a national health priority, with older Australians being the most likely to use both institutional and community health services. Yet issues surrounding the quality of support provided to older Australians have been escalating for years.

Momentum for change has certainly not been aided by the siloed delivery of health care separately from services for older people and with disparate federal and state structures. The portfolios for aged care services vacillating between cabinet ministers further hinder true accountability and action. Publicised instances of poor care and neglect led to the Royal Commission into Aged Care Quality and Safety that began in 2018. The recent coronavirus pandemic has laid bare deficiencies in our systems.

Healthy ageing is possible: shifting to an ability and health focus

Ageing has traditionally been viewed as a decline in health with accrual of disease. This has led to a pervasive culture that views ageing negatively. As it is only in the past century that the human lifespan has gained a remarkable extra 30 years of life, it is only recently that we have had a large enough population of older people to understand the true nature of ageing. Two important things have come from this phenomenon: first, that healthy ageing is possible, and second, that we need leadership and services that serve individual needs. One size does not fit all.

Older Australians don’t have only one disease; in fact, 75% of people over 65 years of age have multimorbidity (two or more diseases), yet multimorbidity is considered in only 12% of current guidelines. Single-disease guidelines lack relevance for most older patients and primary care reports demonstrate that compliance with existing disease-specific guidelines can be detrimental to patient care.

Many older people want to remain living independently. Half to two-thirds of people in nursing homes are there because they have dementia, yet the recent Lancet Commission confirmed 40% of dementia is preventable. Recent centenarian studies show that, while disease rises exponentially with age, once you live to over the age of 90 years, it is likely you have led a healthier life than others. Our three decades of longitudinal prospective work on healthy ageing has shown that, despite accrual of disease, financial challenges and loss that comes with ageing, it is years of life and experience that augment people’s capacity for good quality of life and healthy ageing. Older people have an enormous amount to give. Today, greater longevity is possible, but only by remaining active and engaged with ageing can we increase quality of life in our last decades of life.

Key to appreciating the unique aspirations and needs of older Australians is to understand and respect individual values and preferences. Individual values (eg, what people hold as most important) and preferences (eg, the priorities people set for the way they hope to live their lives and the care they receive) may vary between cultures, age groups and cognition. Person-centred care of older people demands an understanding of these nuances.

Australia’s ageing population is culturally, linguistically, geographically, sexually and spiritually heterogenous. In the 2016 Australian Census, over one-third of Australians over 65 years were born overseas (37%), with a majority born in Europe (67%) followed by Asia (16%) (Australian Bureau of Statistics, 2016). Aboriginal and Torres Strait Islander people over 65 years comprise around 5% of all First Nations people in Australia.

While this great diversity is a challenge for policymakers, it presents an opportunity to see and hear the individual, along with their values and preferences, and not just focus on the diseases they are living with. We must step back and explore the “forest” and not just observe the “trees”. We could also consider this approach as “humanising” an older person living with an illness, not “pathologising” them.

The importance of tailoring health care and promotion for individual needs and aspirations is becoming increasingly recognised. A key example exists in research conducted by and involving Aboriginal and Torres Strait Islanders, which highlighted the importance of health service providers “getting to know a person, so the person can have the best opportunity for being in control and possessing self-determination”. This process contributes to a “strength-based approach”, which offers solutions to overcoming challenges, not focusing on the challenges themselves. Connection and integration of health care provision with family, country and community have been identified as integral in this approach.

It takes a village to support older people

The coronavirus disease 2019 (COVID-19) outbreak in Victoria has highlighted the vulnerability of older people in our community. Government strategies introduced to protect older people from COVID-19 have reinforced their “otherness” and increased their isolation and loneliness. This represents a missed opportunity to develop strategies that strengthen older people’s social networks, community connections and health and help people to grow old at home.

The strategies employed in the recent outbreaks resulted in critical failures of care. As of 12 November, 76% of the Australians who died of COVID-19 were in residential aged care facilities (685 of 907). Hospital admission records of people admitted from aged care facilities document dehydration and malnutrition (personal correspondence), reinforcing issues of neglect that were identified in the Royal Commission’s Interim Report. In some cases, these diagnoses were present in people who were COVID-19-negative on admission (via personal correspondence from families present at recent enquiry) but later developed and died of COVID-19, a contributory factor being their suboptimal admission state.

Most older Australians want to “age in place” rather than move to specialised or residential care. This year’s events have unsurprisingly increased older Australians’ resolve to remain in their own homes.

There appears to be a disconnect between the autonomy and independence that people strive for and a system that delivers the opposite and has been acknowledged as financially unsustainable anyway. The importance of families in caring for its older members has strong historical support, yet the system, and certainly the recent crisis, excludes this support network.

Australian policies and programs need to support older people’s desire to live and thrive in their community by providing suitable housing, accessible footpaths, accessible shopping strips, health services and transportation. Australia was an early adopter of the World Health Organization’s framework to develop age-friendly communities, with signed agreements in municipal councils and the various states having “age friendly” initiatives, yet only modest improvements have been seen. It is incumbent on all of us to create communities where older people can be active, are valued and have a voice.

Contemporary discourse about demographic change holds that it is the twin budgetary pressures of a reducing tax base with fewer working age people, and unlimited demand for health and care that will drive future budget excesses (here, and here). Notwithstanding that this is spectacularly trumped by the mammoth budget spend during the COVID-19 pandemic, we propose that a focus on health and quality of life in older Australians is not just socially, but also fiscally responsible.

Many older people continue in full- or part-time employment well into their later years of life, which reflects improvements in health coupled with better job opportunities for older Australians and increased female engagement in the workforce. However, the total number of expected years in the workforce have only modestly increased since 1900 while overall life expectancy has significantly increased, leading to many extra years of potentially productive adult life. Among those aged between 60 and 70 years, labour participation rates are projected to increase significantly by 2059–60, and the current trend towards more part-time work is likely to continue.

Older Australians contribute significantly to the economy through continued participation in the labour force, their income and assets as well as family and civic engagement. More than 13% of people over aged 65 years continue to engage regularly in the workforce, 14% regularly provide paid or unpaid childcare, and more than 20% participate in community volunteering.

In November 2019, Australia’s treasurer, Josh Frydenberg, announced “the government needs people to keep working and paying income tax”. It is our belief that the narrative around the economics of our older communities must shift to achieve more balance in acknowledging the value of older persons’ contributions to the economy. They represent an asset which has been termed the “longevity dividend”. Australian economic projections show continued increases in productivity, with an average annual GDP growth of 2.8% forecast to 2054–55. However, with the declining number of younger people entering the workforce, this growth is unlikely to be realised without harnessing the older workforce whether in paid or unpaid roles.

In his time as Health Minister, Mark Butler said it struck him how significant the loss of trust in the system was and “that loss of faith [was] shockingly widespread among older Australians”. In his book, Advanced Australia: the politics of ageing, he goes on to suggest: “it’s a fear that we’ll linger in a long process that endures pointlessly and without human dignity”.

The recent pandemic has laid bare the risk to human dignity when an already suboptimal system is placed under pressure. It is time to change the focus from illness, lack of capacity and service provision to health, activity, ability and support. If ever there was a moment for change, it is now. This change, however, must not be simply more money or new systems; we have had several such changes since the 1980s. It requires a cultural shift to respecting and valuing older people in our community. There is no better time for such a shift as it aligns with the emergence of the well educated, activist baby boomers who will soon come to represent the largest ever augmentation to Australia’s population over 70 years of age.

Professor Cassandra Szoeke is the Director of the Healthy Ageing Program which is part of the Melbourne Academic Centre for Health. She is a practicing physician in internal medicine with subspecialisation in neurology.

Christine Golding is CEO of the Australian Healthy Ageing Organisation, and has 30 years’ experience with Telstra, AXA and Medibank in management and human resources. She is completing a Master of Ageing from the University of Melbourne.

Sue Phillips is co-Director of a health economics consultancy that specialises in health technology assessment of pharmaceutical and medical technologies. She has a Master of Public Health (Health Economics and Economic Evaluation) from the University of Melbourne.

Dr Jesse Zanker is a geriatrician. He holds clinical positions with Echuca Regional Health, Aboriginal Community Elders Services, and is founding co-director of and geriatrician with Aria Health. He is a Research Fellow with University of Melbourne’s Australian Institute for Musculoskeletal Science.

The authors acknowledge the contributions to this project from the family members who provided evidence at enquires and colleagues Dr Chontel Gibson, Dr Troy Walker for review of final manuscript.

3 thoughts on “From aged care crisis to healthy ageing community”