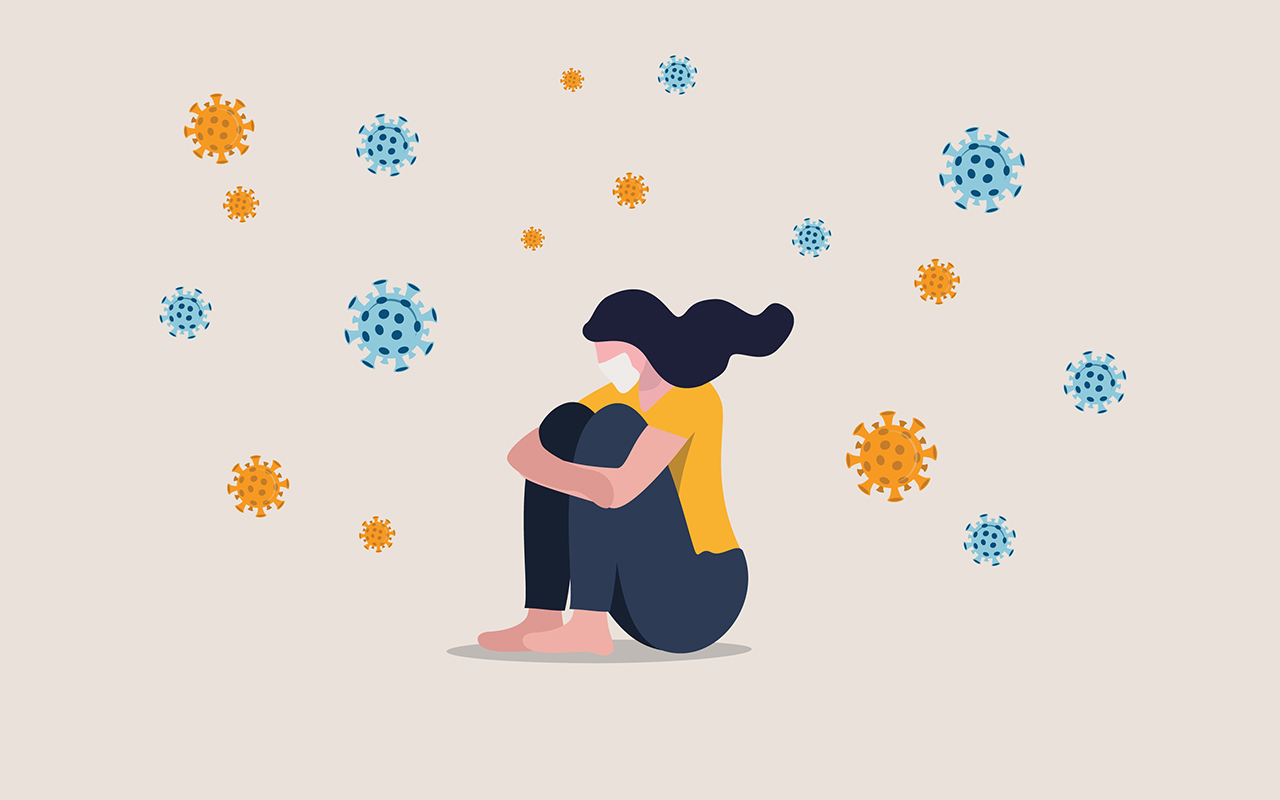 In an editorial in the MJA, Professor Patrick McGorry AO, Executive Director of Orygen and Professor of Youth Mental Health at the University of Melbourne, wrote that the pandemic provided a “unique opportunity to create ‘new mental health care’ by dramatically reforming and strengthening the current system”.

He said traditional responses to acute disasters were not appropriate for an expanding disaster with no end in sight.

“It’s a bit open-ended, we’re not quite sure when it’s going to end and it keeps rolling on in waves,” Professor McGorry said in an exclusive InSight+ podcast. “It’s chronically stressful in that sense.”

On top of this, he said, were the economic consequences that had compounded in the mental health impacts of COVID-19.

And finally, he said, the usual social supports that people relied upon in a crisis had been stripped away in the COVID-19 pandemic public health response.

“The normal things that you do to protect yourselves and protect your morale and your society from the mental health consequences are basically off limits with this kind of disaster. Social connections are weakened dramatically … your normal purpose in life is removed, you can’t work, in many cases, or you are working from home.”

“The government deserves good marks for initial responses … managing morale, giving positive messages,” Professor McGorry said. “The ‘we are all in this together’ message is probably a good one to try to live up to, even though it’s probably papering over a few cracks.”

But, he said, early initiatives including boosting funding for crisis support – such as Beyond Blue and Lifeline – were akin to stacking “sandbags against the flood”.

“The neglect of the mental health system over the last 20 years in general has meant that what we do now to respond to the surge in demand – which is about 30%, we think, of new cases of mental ill health – is building on foundations of sand.”

In the editorial, Professor McGorry said that, at the time of writing, 886 people had died of COVID-19 in Australia. “During the same time period (February to October), more than 2000 Australians will have died from suicide, let down by an inadequate health and social system response,” he wrote.

On 23 October, the Australian Bureau of Statistics Suicide statistics released 2019 Causes of Death data that showed a continuing increase in the national suicide rate, before the COVID-19 pandemic. In 2019, there were 3318 deaths by suicide, compared with 2922 in 2014 and 2480 in 2010. The data to date do not indicate an increase in suicide since the start of the pandemic.

Professor McGorry said efforts had been underway to reform and redesign Australia’s mental health system before the COVID-19 pandemic, and the crisis had amplified the need for radical system reform.

He said while “modest” funding had been provided to strengthen the system’s early responses, a key challenge was the speed at which reform was needed.

“The exception being the 15 new dedicated mental health clinics in Victoria, which have got up quickly, but still are way off the pace in terms of scale,” Professor McGorry said, noting that the 15 hubs had treated about 400 people over the past few weeks.

“There are tens of thousands of people who need access at the moment. So, all credit to [the federal government] for trying, but we need a radical change and a very serious package in the May [federal Budget].”

“I think he is going to be making a statement about mental health in the near future,” he said.

“They have only been [funded] for one year and there is only $30 million. That should be a $300 million national policy for the next 5 years and it should be the model of how to go forward,” he said, noting that he was an advocate for Primary Health Network (PHN)-based mental health care delivery.

“It’s regional, it’s organised through the PHNs, it’s not hospital-centric, and it’s providing more specialised care beyond general practice and the existing frameworks that we have with single practitioners.”

Professor Hickie said larger hubs had been announced in the 2019 federal Budget and had also been recommended in the Productivity Commission’s draft mental health report, but were yet to hit the ground.

The Productivity Commission’s final report was delivered to the federal government in June 2020 and will be released in the coming weeks.

Professor Hickie said significant structural reform to Australia’s mental health system was crucial and long overdue, but said it was also important to consider the economic and educational issues also contributing to mental ill health during the COVID-19 crisis.

He welcomed the federal government’s extension of the JobKeeper program and additional JobSeeker payments, highlighting the crucial role of employment and income certainty at a time of crisis.

“I am quite sure lives have been saved by continuing JobKeeper and the extra payments that were associated with JobSeeker,” he said, noting the upcoming expiry dates (March 2021 and December 2020, respectively) on both initiatives.

Professor Hickie said, however, that other federal government measures to tackle the growing mental health impact from COVID-19 were unlikely to be of great benefit and, according to the modelling by the Brain and Mind Institute, may make matters worse.

“[The federal government has] launched another awareness campaign this week,” he said, pointing to the “How’s your head today?” campaign.

“Our modelling showed that awareness campaigns don’t help. What they do is create demand in a dysfunctional system and it may well be those in most trouble, particularly those with established mental health problems, actually get less care, not more care.”

He also said the expansion of the Better Access program to 20-funded sessions was likely to put greater pressure on an already strained system.

Professor McGorry said there were high expectations that the Productivity Commission’s final report, when released, would provide a blueprint for the way forward on mental health.

“Let’s wait and see. These are economists trying to redesign a health system; I think we need health experts to do that actually. The economists can tell us how much money to spend,” he said, adding that spending needed to double.

However, Professor McGorry was not in favour of delivering mental health services through PHNs, preferring an expansion and broadening of a headspace-like model for young and older people.

“We do have the great foundations in Australia,” he said. He said for young people headspace could be strengthened and deepened to meet the needs of people with more complex mental health problems.

“In the adult area, the government has started to build these adult community mental health hubs, which are similar to headspaces – a one-stop-shop – but are better resourced and those could be scaled up very rapidly in a series of waves over the next few years across.”

Standardised models with national oversight ensured that standards and fidelity to evidence-based care were maintained, he said.

“The government says all the right things, but this is a case of action. What are the actions? Are they evidence-based? Are they scalable? Will they be in place by 2021? Or are they actually being postponed and waiting until the system is overwhelmed?”