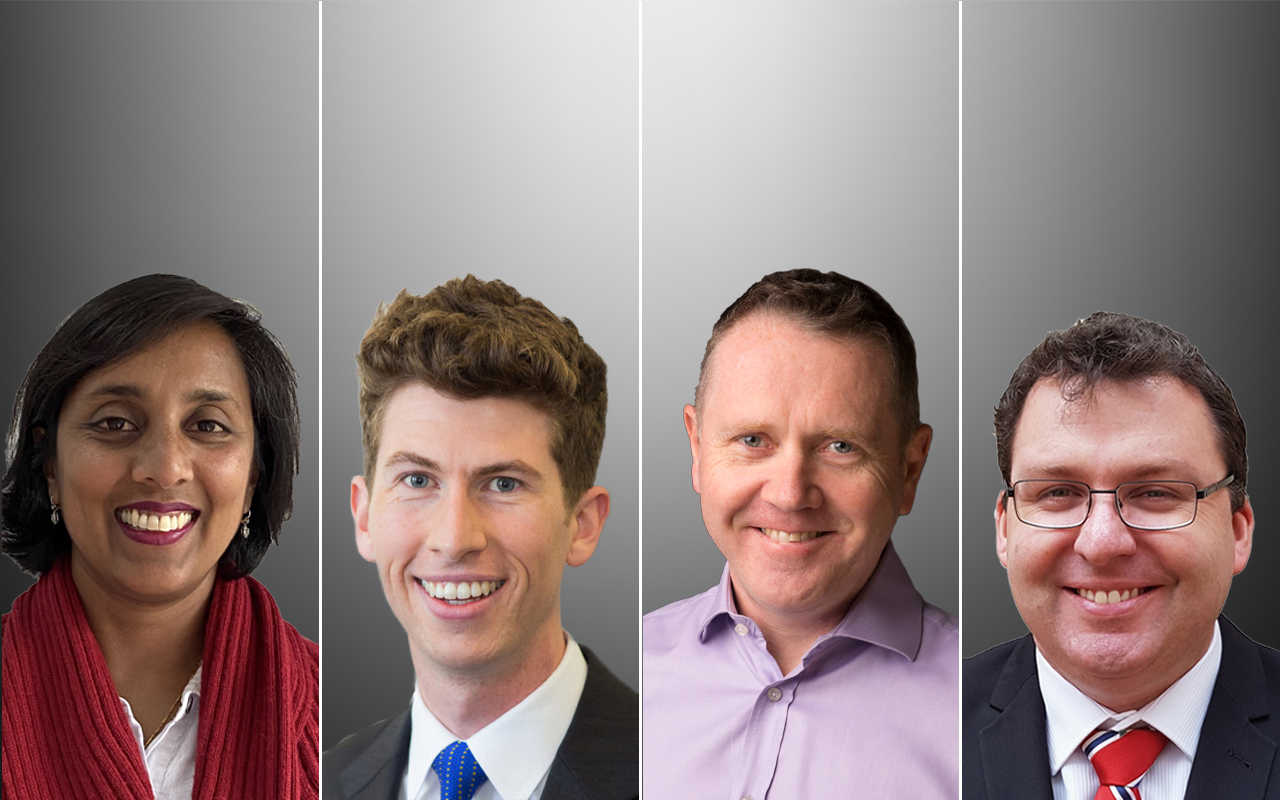 This has been most apparent in Victorian hospitals where directives for respiratory protection have been haphazard, incremental and inconsistently applied for health care workers caring for patients with coronavirus disease 2019 (COVID-19) in non-intensive care settings (here and here). Guidelines that advocate use of surgical masks instead of N95 (or P2) respirators did not align with the growing evidence around airborne transmission of SARS-CoV-2.

This minimum standard failed pressure testing during the current Victorian resurgence with rising health care worker infections and diminished health system capacity due to massive staff furloughs, eventually prompting rapid changes in personal protective equipment (PPE) policy at a service rather than state level. Adding to the confusion is the intent of one major Victorian hospital to revoke respirators in favour of surgical masks once community transmission declines to an unspecified level.

Gains in respiratory protection have been hard won by Australian health care workers who have experienced bullying and censure, despite demands from their professional societies (here and here) for respirators that should also be fit-tested to Australian/New Zealand Standard 1715:2009.

The reactive approach by health care services to PPE policy contrasts with the legal principles and approaches underpinning modern Work, Health and Safety (WHS) best practice. When faced with public health or environmental risks where the character, likelihood and potential impacts of harm are uncertain, jurisdictions mandate the systematic application of precaution. The precautionary principle emerged from environmental risk management where decisions should not be delayed despite imperfect scientific evidence as the consequences could be severe and irreversible. Precaution may have flexible, semi-prescriptive or prescriptive variations, but these interpretations have historically been applied to circumstances outside of WHS, such as environmental or natural resource risk management.

The Australian WHS legislation does not explicitly reference precaution but instead uses the test of what is “so far as reasonably practicable” to determine whether a risk control is necessary or has been adequately controlled. Precaution is built into this framework by placing a high weighting on preventing worker harm, and this has resulted in worker injury and deaths plummeting in all industries where rates were high, such as the Snowy Mountains Hydro-Electric Scheme. Division 2.3.2 of the Work Health and Safety Act 2011 states:

“… regard must be had to the principle that workers and other persons should be given the highest level of protection against harm to their health, safety and welfare from hazards and risks arising from work as is reasonably practicable.”

What is “reasonably practicable” depends on several factors: the likelihood of the hazard occurring, the degree of harm to the worker, the state of knowledge of the hazard, and ways to eliminate the risk for the individual and the system. The greater the likelihood or degree of harm, the higher the weighting these factors are given when considering hazard reduction measures. The approach to reducing hazards or risks for health care workers should follow a hierarchy of controls. These cascade from elimination (eg, delaying non-urgent surgery), substitution (eg, telehealth), engineering (eg, improved ventilation and cohorting of patients; ie, grouping them together based on their risk of infection) and administrative controls (eg, foot traffic restrictions, rostering policies), with PPE considered as the least effective strategy, sometimes referred to as the measure of last resort. PPE is, however, one of the few modifiable interventions when considering the constraints of the built environment, including the ageing infrastructure of most hospitals. Importantly, PPE standards must be maximised when the higher level controls are lacking or absent altogether.

Thus, the systematic approach to WHS in the context of hospitals often results in imperfect and compromised solutions that conflict with accepted best practice and international standards.

Notably, resource or cost should be given the lowest weights within the “so far as reasonably practicable” framework, according to the federal Work and Safety Act 2011 and the Victorian Occupational Health and Safety Act 2004 and regulations. PPE is considered available if it is on the open market or feasible to manufacture, while cost is a barrier only if it is so disproportionate that it would be unreasonable to justify. When there is a significant likelihood of harm (ie, death or disability), as with SARS-CoV-2 infection, then using cost to justify the denial of suitable controls such as respirators is precarious. The Victorian Occupational Health and Safety Act 2004 states:

“If the degree of harm is significant, e.g. death or serious injury is highly likely, then it is extremely unlikely that the cost of eliminating or reducing the risk would ever be so disproportionate to the risk to justify a decision not to implement an available and suitable control measure.”

Overall, the test of what is “reasonably practicable” weights all these factors but has a clear presumption in favour of worker safety and even more so when there is insufficient time to plan and implement controls.

Both the precautionary principle and risk approach required for safety, embedded in the Work Health and Safety Act 2011 and its regulations are often poorly integrated into the culture of many health care settings. This is particularly so outside the “business as usual” modes of operation such as epidemic response or major disasters. Where a risk control is reasonable and practicable, such as the provision of respirators for health care workers despite uncertainties regarding impact, legislation requires an organisation and its responsible managers personally to adopt that measure unless there are compelling or disproportionate reasons not to. Where time is limited or uncertainties cannot be resolved prior to work commencing, applying the most precautionary risk controls practicable is mandatory until uncertainty is reduced.

The separation of decision makers from the workers, who are required to follow directives prescribed by management, is addressed in the WHS Act. A core tenet is the entitlement of workers to be consulted on matters relating to their safety. This safeguard exists due to the imbalance of power and knowledge between workers and management in circumstances where workers will be within the risk zone but not members of the policy-making group. Workers are thus afforded the opportunity to influence the final determination of what is reasonable with respect to the hazards they face and the mitigations available, irrespective of their practicality. This engagement process also informs policy makers of the nature and level of risk workers are willing to tolerate. Workers often understand the risks much better than anyone else.

When this essential step is omitted or inadequately performed, valid risks may be overlooked placing workers in harm’s way. The vicarious liabilities and penalties to management for inadequately handling this issue, even in the absence of significant harm, can be hefty within the Australian WHS system. These include criminal penalties (eg, for workplace manslaughter from 1 July 2020 in Victoria) and personal or organisational liabilities, starting in the hundreds of thousands of dollars and reaching higher levels in many cases.

Significant health care worker infections suggest that risk control failures at multiple jurisdictional (ie, international, national, state, local) and hazard control levels have occurred. Omission of the respirator and other parts of the PPE ensemble are probably one gap of many in the WHS management system. In the case of PPE for health care workers, authorities claim that supply of PPE has not influenced national policy despite resource limitations being mentioned elsewhere. Notably, reusable alternatives offering a higher level of protection that could increase supply, such as elastometric or powered air-purifying respirators, have not been promoted by system managers. These options speak to availability in the reasonable and practicable framework.

Unfortunately, the disconnect between WHS and infection control disciplines in health care still persists despite the lessons of severe acute respiratory syndrome (SARS) epidemic in Canada. Decision making on PPE at national level in Australia is devoid of WHS expertise and health care worker representation from their professional colleges, societies and unions. Policy on PPE has been dominated by infection control expertise that relies on best current evidence, but this approach has failed to prevent health care worker SARS-CoV-2 infections, suggesting that diversifying the skill mix is urgently required. As health care worker infections increase, investigative efforts become overwhelmed, compromising business as usual practices including the root cause analysis. As a consequence, learning from mistakes is lost as organisations shift to an all hands on deck footing as a form of crisis management. Clearly, it is better to prevent health care worker infections in the first place.

From a public health and health care system perspective, health care settings are an obvious place to impose extra controls because SARS-CoV-2 is prevalent due to environmental contamination, vulnerable patients abound, and the community cannot afford to lose health care workers to either illness or repeated furloughs, even just for a day of testing. The reactive approach that has characterised the Victorian hospital response to date reflects subpar WHS practices and culture.

Safety for health care workers does not improve based on luck. It takes commitment to WHS practice in collaboration with health care workers within the risk zone, with employer obligations sitting above academic arguments of uncertainty surrounding evidence. Precaution need not be perceived as the enemy of science nor evidence-based decision making. Rather, its application for respiratory protection does not preclude the marshalling of evidence which should occur in parallel. As argued by the World Health Organization, in another context, it may even improve decision making under conditions of uncertainty.

The occupational safety of health care workers in the COVID-19 pandemic, and indeed beyond, must shift from a reactionary to a precautionary approach immediately.

Dr Michelle Ananda-Rajah is a general medicine and infectious diseases physician in Melbourne and co-founder of Healthcare Workers Australia.Twitter @rajah_mich

Associate Professor David Heslop is with the School of Public Health and Community Medicine at UNSW.

A Royal Commission is needed into Victoria's COVID-19 response