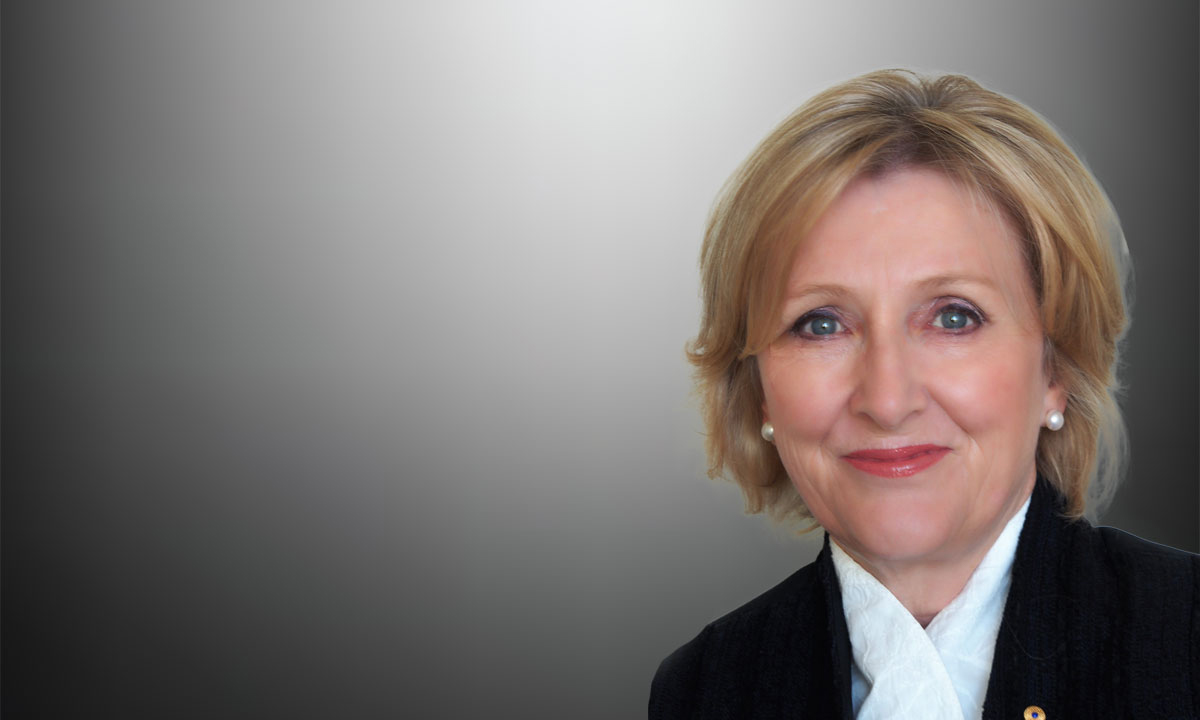 “We cannot solve our problems with the same thinking we used when we created them.” Attributed to Albert Einstein

DOCTORS continue to have high levels of mental illness and suicide partly because a medical career has never been more challenging. It is unthinkable that most doctors believe they cannot disclose their distress to their treating doctor without fear for their career. But is this a justified fear about discrimination in the medical workplace, rather than an unjustified fear of a mandatory report to the Australian Health Practitioner Regulation Agency (AHPRA) for mental impairment?

In an Insight+ poll completed by over 2800 doctors to date, 59% of responders either strongly disagreed or disagreed with the statement that “doctors can disclose their mental illness to their doctor without fear for their career,” which suggests that many doctors are quietly suffering. Only 32% agreed or strongly disagreed, the rest were neutral, and these deeply worrying findings are consistent with other studies.

Two weeks ago, and against the strong advice and advocacy of many of our respected medical leaders, the relevant Parliamentary Committee recommended the new Health Practitioner Regulation National Law and Other Legislation Amendment Bill 2018 on mandatory reporting be passed in Parliament. There is no further recourse on the Bill because health consumer groups are unwavering in their belief that the new Law must “protect the public”.

With this reality in mind, how can we currently reassure doctors that they can disclose their mental health illness to their own doctor without fear for their career?

The threshold for mandatory reporting of doctors with mental illness is rarely met.

In 2017–18, there were a total of 343 mandatory notifications for medical practitioners to APHRA and the Health Professional Councils Authority for all causes. Of these, 241 were related to professional standards whereas 63 were related to impairment. Thirteen medical practitioners notified under mandatory reporting had their registrations cancelled or suspended. Nobody had their registration cancelled or suspended by AHPRA for mental impairment (Table 15). No action was taken in 61% of all mandatory notifications, which suggests that there was confusion about the high threshold for reporting in the past.

The Parliamentary Committee’s (4 February 2019) report emphasised the higher threshold in the new Law as follows:

“Reforms are aimed at ensuring health practitioners seek treatment for health conditions (such as a mental health issue or an alcohol or drug problem) without fear of being subject to mandatory reporting … only serious health conditions that are not being appropriately managed through treatment or mitigation strategies need to be reported — because they place the public at substantial risk of harm.”

In his submission to the Parliamentary committee, Mr Martin Fletcher, CEO of AHPRA, reiterated that doctors should be able seek mental health care without fear:

“There are crippling fears about what regulators will do when they get a mandatory report and there are distressing stories of doctors and other health practitioners being afraid to seek the care they need because of fear of losing their registration … These fears are the unintended consequences of mandatory reporting and are the biggest challenges we face.”

Treating doctors determine when to make a mandatory notification, not governments, the regulator or the legal profession.

Under the new Law, a treating doctor must have “sufficient grounds” and use their professional judgement and clinical expertise to form a “reasonable belief” that a doctor patient’s behaviour constitutes notifiable conduct. This clinical opinion is based on:

The reality is that there are rarely “sufficient grounds” for mandatory reporting by a treating doctor because mental illness can be managed successfully. “Reasonable belief” requires the treating doctor to have evidence from a reliable source or a direct knowledge or observation of the behaviour of the doctor patient, placing the public at substantial risk of harm, which is also rarely the case.

There are no penalties prescribed under the National Law for failing to make a mandatory report; however, the treating doctor may have their clinical assessment reviewedif the doctor patient later causes harm to patients.

For all these reasons, it is essential for treating doctors to seek guidance from their medical indemnity organisations when considering whether or not to make a mandatory report to ensure there is comprehensive documentation supporting the decision, or lack thereof.

Most doctors do not have a legal degree and cannot be expected to understand the interpretation and clinical application of the new Law, without ongoing quality evidence-based education and consistent support from medical organisations, particularly from our Colleges and the Australian Medical Association.

Our medical leaders must also continue to call out the stigma and discrimination of doctors with mental health problems, particularly as the challenges of the medical workplace are often the root cause of chronic stress.

For example, patient complaints about doctors are a common cause of doctor distress. There were 6348 voluntary notifications of medical practitioners to the regulators in 2017–18, up from 5913 the year before. Although about 80% of voluntary complaints resulted in no action in 2017–18, each lengthy investigation predisposes doctors to mental health problems, whatever the outcome.

The negative stigma associated with mental illness in the medical profession was identified as a major issue in the 2013 beyondblue national mental health survey of about 14 000 doctors and medical students, with about 40% of doctors believing that colleagues with mental illness were less competent than their peers, which is clearly untrue. Five years on, doctors who disclose mental illness continue to be discriminated against in their workplaces, ignoring protections under the Fair Work Act.

Despite a recent Senate inquiry, unlawful bullying and harassment persist in medicine, which creates a negative medical culture and predisposes doctors to mental health problems and their fears about disclosure. This travesty requires greater leadership from us all.

Many doctors have advocated strongly, but unsuccessfully, for the abolition of mandatory reporting, in line with Western Australian law, due to valid concerns about high levels of suicide in the medical profession. In the 2013 beyondblue study, over 10% doctors admitted to having suicidal thoughts, and 5–6% admitted to self-medicating with antidepressants in the previous year.

By applying these percentages to the current numbers of registered medical practitioners, over 11 000 Australian doctors experienced suicidal thoughts in 2018, and about 6600 doctors self-medicated with antidepressants, breaching the Medical Code of Conduct. Of course, the validity of these extrapolated 2013 figures can be easily questioned, but the numbers illustrate the scale of our problem and the gaps in our knowledge. The fact is that no-one knows if the mental health of doctors has changed as nobody has followed up the disturbing trends since the 2013 study, which reflects a complacency.

For many decades, a growing group of dedicated doctors representing the Australian Medical Association, the Colleges, the Australasian Doctors Health Network, the Doctors Health Advisory Service, hospitals, other medical services and beyondblue have implemented a myriad of initiatives to improve the health of doctors, including clinical services in each state, policies, resilience training, workshops, forums, websites, apps, peer support programs and mentoring programs. However, resources have not been allocated to fully evaluate and roll out evidence-based initiatives nationally to meet the enormous and diverse needs of doctors at risk – that is, young, female, overseas-trained, Indigenous or rural doctors.

Medical organisations that claim “we are doing/have done” doctors’ health may be undertaking some activities, but many are not doing enough to achieve significant outcomes. While there are many competing priorities in medicine, the poor mental health of doctors, which reflects global trends, deserves ongoing urgent action, constructive consistent messages and resources from a united medical profession. Unfortunately, recent media headlines of doctors blaming governments for “regulatory bullying”, “putting doctors lives at risk” or encouraging doctors “to go to Western Australia for help” are inflaming crippling, unjustified fears in our profession.

We cannot solve high levels of mental health problems in the medical profession with the same thinking as before. Doctors should be confident that they can disclose their mental illness to their treating doctor without fear for their career. Only we can create this change by uniting to eliminate the myths, misinformation, stigma and discrimination associated with mental illness in doctors.

Collectively, we must take responsibility and leadership for this if we are to help our colleagues, particularly the many thousands of doctors who are quietly suffering.

Clinical Professor Leanne Rowe is a GP, past Chairman of the Royal Australian College of General Practitioners, and co-author of Every Doctor: healthier doctors = healthier patients.  She is a non-Executive Director of the Medical Indemnity Protection Society (a membership organisation), but all her views in this article are her own. She is not employed by AHPRA or the government.

Your own treating doctor, or