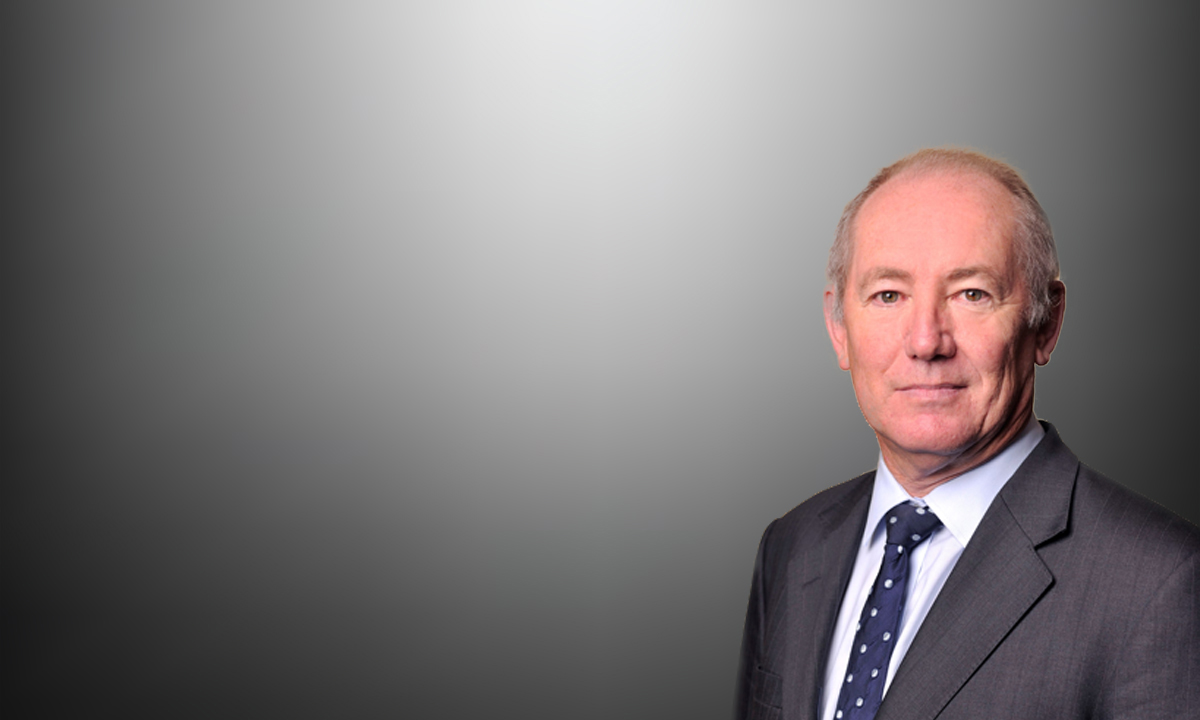 LUNG cancer remains the largest cause of cancer death in our community, despite Australia having one of the lowest rates of smoking in the world at 13.8% in 2016. This rate has halved since 1995.

Improvements in lung cancer survival have been limited by delayed diagnosis and referral to expert centres, the fact that many individuals have intercurrent smoking-related illnesses that negatively affect a patient’s ability to tolerate treatment, and a lack of effective systemic therapies that provide long term benefit (here, and here). While breast cancer, melanoma and prostate cancer all share 5-year survival rates of more than 90%, the rate for lung cancer remains a devastating 17%.

Delayed referral and diagnosis have also in part been influenced by therapeutic nihilism on behalf of health care professionals, as well as the community in general (here, and here).

In two Victorian studies 10 years apart that retrospectively assessed the management of patients diagnosed with lung cancer in that state, 26% of patients received no treatment, with the more modern study showing that only a third of cases were discussed at a multidisciplinary team meeting. In many cases in the modern study, lack of treatment was attributed to features such as comorbid conditions, poor performance status, rapid deterioration or death within 2 months, older age, absence of symptoms and travel distance, but in over 50% there was no treatment in spite of early stage disease and good performance status. This apparent therapeutic nihilism has also been accompanied by a concept that sympathy was not warranted for patients with lung cancer (here, and here), as many might have induced their illness by their smoking habits.”

There remain major inequities in outcomes for lung cancer patients throughout Australia and within each state that appear to be related in part to ease of access to treatment and socio-economic status. For example, the Australian Institute of Health and Welfare in 2018 produced data for lung cancer survival based on primary health network of residence. The rate ratio for survival relative to all Australia (1.0) was lower in affluent areas, lower smoking areas such as northern Sydney (0.74), the ACT (0.75) and eastern Melbourne (0.76), compared with more isolated areas such as Murrumbidgee and western NSW (both 1.22) and the Northern Territory (1.40).

Even within Sydney, there is a 43% difference in mortality rates from lung cancer in primary health networks separated by 20 km, as is the case for northern Sydney (0.74) and southwestern Sydney (1.17).

Clearly, the reasons behind such marked differences require elucidation. Some of the possible differences in accessing systemic treatment will be eased by the listing of more effective treatments in the Pharmaceutical Benefits Scheme (PBS), meaning effective combination therapies should be financially accessible to all suitable patients.

Chemotherapy in patients with non-small cell lung cancer (NSCLC) has had a chequered history. In the late 1980s, doctors from my unit at Royal North Shore Hospital presented data at the American Society of Clinical Oncology meeting, suggesting chemotherapy for NSCLC provided similar survival to best supportive care. Subsequent data suggested that chemotherapy provided modest response rates (approximately 20% achieve tumour shrinkage) and a survival advantage (median 2 months advantage, with a median of 12 months with 2 drug combination chemotherapy), but only to fit patients (performance status 0–1). However, we have shown that only 30–60% of patients with NSCLC would have been deemed fit enough to be enrolled in the definitive chemotherapy studies. Because of these concerns, and an increasingly elderly patient group affected by non-mutated NSCLC, chemotherapy has been used conservatively in Australia.

Major improvements in the understanding of lung cancer biology have produced new treatments and prognostic markers that are changing the natural history of this dreaded condition. In the past 15 years, it has been recognised that somatic mutations in five oncogenes (KRAS, EGFR, ALK, ERBB2 and BRAF) are seen in > 50% of adenocarcinomas, and potentially “druggable” driver mutations may be present in up to 60% of patients. These mutations have been more common in, but are not restricted to, non-smokers, women and patients of Asian background. We now have effective, PBS-listed treatments to target mutations in the epidermal growth factor receptor gene (EGFR), the anaplastic lymphoma kinase gene (ALK), c-ROS oncogene 1 gene (ROS1), and there are drugs available, but as yet unfunded, to treat mutations in the following genes: human growth factor receptor 2 (HER2); rearranged during transfection (RET); mesenchymal to epithelial transition (MET) and the v-raf murine sarcoma viral oncogene homolog B1 (BRAF). New mutations are being found each year, including markers of resistance to some of the drugs targeting de novo mutations, especially EGFR T790M, as availability of routine genomic testing becomes more affordable (here and here). Targeting these mutations has resulted in improvements in response rates and increased survival, although resistance and tumour progression is inevitable.

At the same time as these mutations have been identified, we have seen major advances in immuno-oncology that have again resulted from better understanding of how tumours escape immune recognition by up and down regulation of a number of regulatory pathways that accompany alterations in immune effector cell numbers in the tumour microenvironment. The best characterised so-called immune checkpoint pathways are the interaction of the programmed cell death protein 1 (PD-1) with its ligand (PD-L1) which is important in determining self-immune tolerance and T cell activity, and the cytotoxic T-lymphocyte-associated protein 4 (CTLA4), stimulation of which produces immune suppression. Therapeutic antibodies targeting these molecules (PD-1, PD-L1 and CTLA4) have produced previously unseen benefits in patients with malignant melanoma, and are available on the PBS for this condition.

In lung cancer, a number of PD-1 and PD-L1 targeting antibodies have been listed in the PBS for patients with NSCLC. Benefit is more commonly, but not exclusively, seen in patients with high tumour levels of PD-L1.

These agents, when used as monotherapy, are less effective in patients with mutation-driven NSCLC. A number of patients treated with immunotherapy for lung cancer are achieving long term survival, which was previously unheard of. The big issues associated with the optimum use of these drugs have been in identification of patients at greater risk of toxicity, in predicting those more likely to benefit, and to increase the number of patients deriving durable benefit. As mentioned, patients with elevated levels of PD-L1 expression on their tumour cells have greater chance of responding to PD-1/PD-L1 targeted antibodies, but significant numbers of patients with low levels still respond to treatment, meaning that such measurements have limited clinical predictive value.

Similarly, patients with elevated tumour mutational burden (TMB) have greater chance of responding. However, measurement of TMB on pathology specimens is expensive and not routinely performed by local pathologists. In addition, there are no routinely available assessments that predict for excessive toxicities from immunotherapies. In an attempt to obtain greater benefit, combination studies are occurring using chemotherapy, radiotherapy and other agents including monoclonal antibodies that might improve the tumour microenvironment towards a more immunoresponsive phenotype.

Recent data (here, and here) suggest a potential new role for chemotherapy in combination with immunotherapy in NSCLC. Chemotherapy, and radiotherapy, can produce “immunogenic cell death”, which creates increased circulating levels of tumour proteins that can enhance the activity of immune targeting agents.

In two recently completed studies (here, and here), chemotherapy combined with immune targeted drugs provided superior survival to either chemotherapy or immune targeted drugs alone. IMpower150, a large, international randomised study sponsored by Roche, involved 1202 patients and compared a US standard chemotherapy regimen of carboplatin and paclitaxel and bevacizumab (bevacizumab has not been previously reimbursed for use in lung cancer in Australia) with the same regimen, with the addition of atezolizumab. Response rates in PD-L1 high patients treated with the four-drug regimen were almost 70%. Efficacy was seen in all patient groups, including patients with mutation-driven cancers who had previously progressed on targeted therapies. At a median follow-up of 20 months, survival was significantly longer in patients on the four-drug arm, with a median overall survival of 19.2 versus 14.4 months (hazard ratio [HR], 0.77; P = 0.026).

In addition, at 2 years after commencement, 65% of patients on the four-drug arm were still alive compared with 50% of patients on control treatment. These data are supported by the Keynote 189 study, sponsored by Merck, which also demonstrated improved survival for patients treated with chemotherapy plus pembrolizumab compared with chemotherapy alone (median overall survivals of 22 v 11 months, respectively; HR, 0.56; 95% CI, 0.45–0.70; P < 0.00001). The toxicities associated with the addition of immunotherapy to chemotherapy are increased, but are generally tolerable for fit patients.

In summary, these are promising times for clinicians and their patients alike, with NSCLC patients now starting to live longer due to more effective systemic treatments. Further improvements will be achieved as patients with earlier stage cancer are treated with similar combinations that should enhance, or even ultimately replace, surgery and radiotherapy. Maybe the nihilism is diminishing.

Professor Stephen Clarke, OAM, is a medical oncologist, pharmacologist and translational researcher at the Northern Cancer Institute, Royal North Shore Hospital and the University of Sydney. He has clinical and research interests in gastrointestinal and thoracic cancers and cancer pharmacology and cancer-associated inflammation.